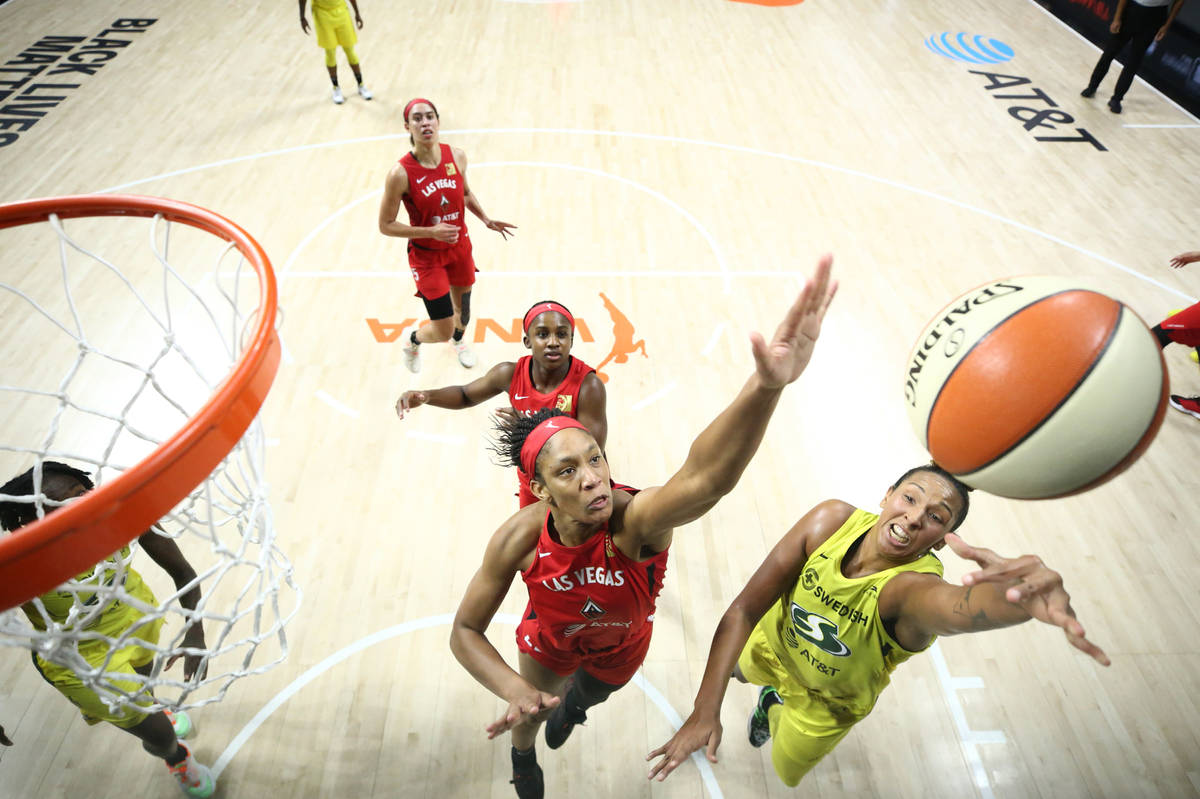 A'ja Wilson #22 of the Las Vegas Aces plays defense during the game against the Seattle Storm on September 13, 2020 at Feld Entertainment Center in Palmetto, Florida. (Photo by Stephen Gosling/NBAE via Getty Images) SPECIAL PERMISSION GRANTED BY GETTY AND ACES FOR LVRJ USE ON SEPT. 13, 2020 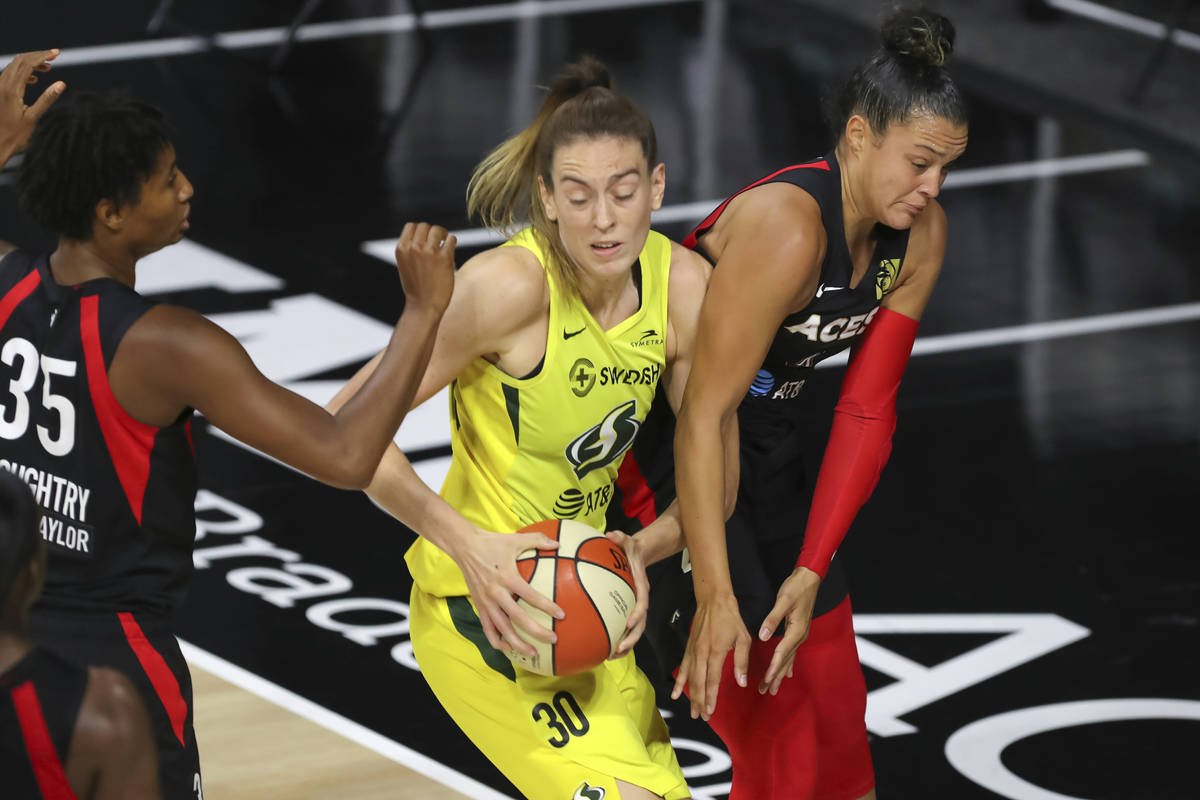 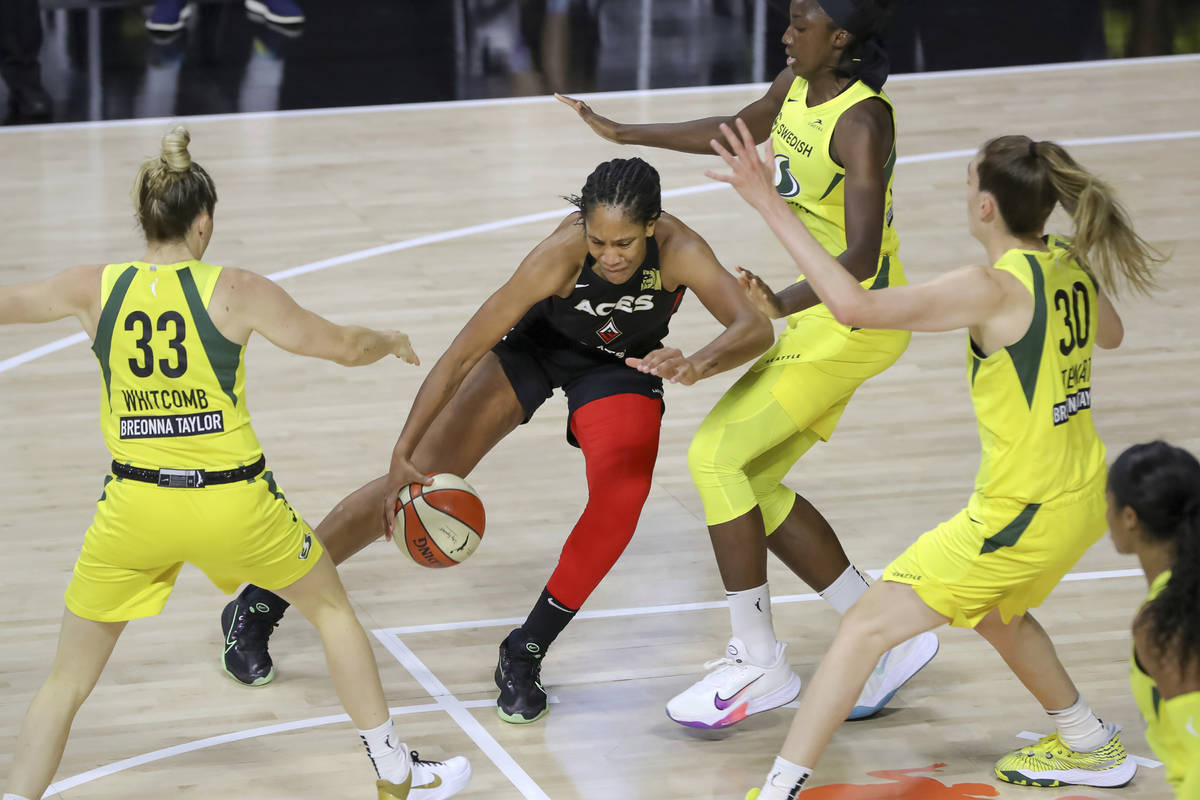 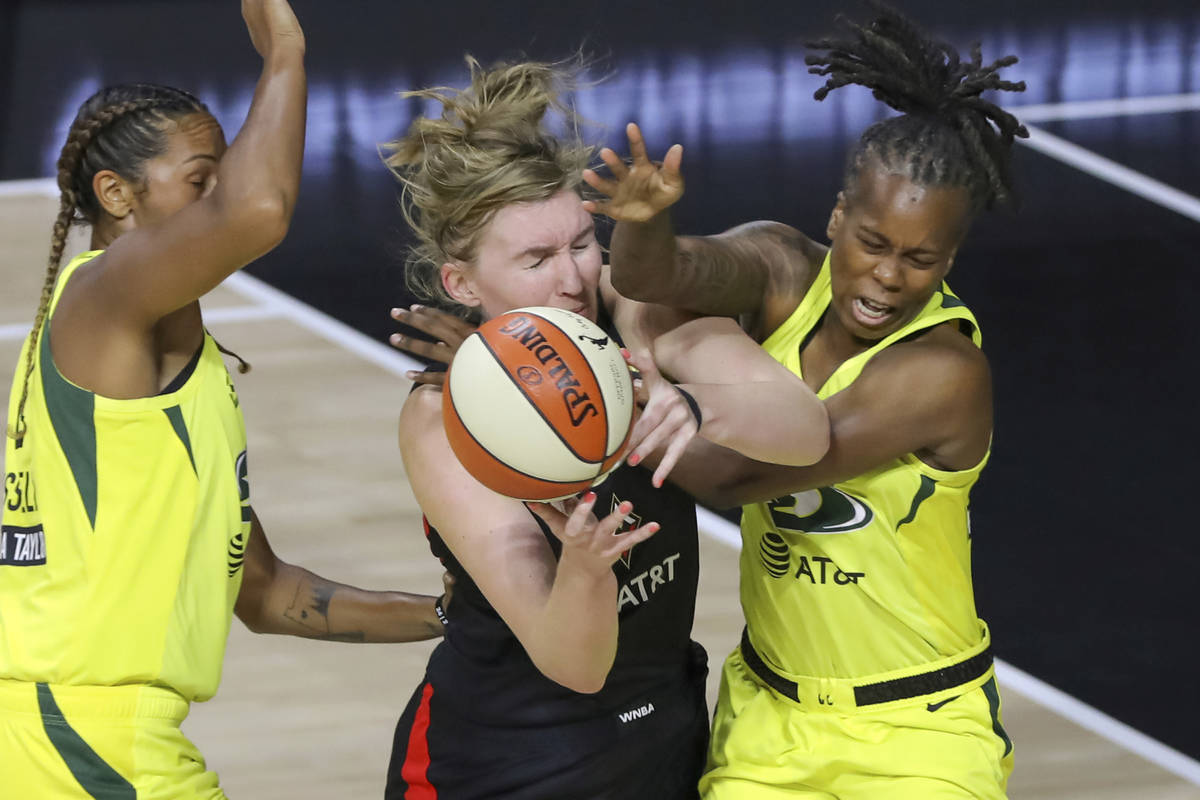 WNBA teams had little time to rest during the regular season in the bubble at Bradenton, Florida.

The condensed 22-game schedule was set up so teams usually played one day, had a walk-through the next and played again the following day.

But by virtue of being the No. 1 seed in the playoffs, the Aces received a double bye. They will open their best-of-five semifinal series against the Connecticut Sun at 10 a.m. Sunday, a week after they ended the regular season.

That layoff has left the Aces facing the age-old question: Is it better to be rested, or is there concern about rust?

“You’ve got to find the right balance,” Aces coach Bill Laimbeer said. “We have a good thought process of what we’re going to do, and you can’t focus on one more than the other. You have to focus on both, getting your rest but keeping sharp and the rust down.”

The Aces took Monday off, practiced Tuesday and Wednesday and took Thursday off, when they celebrated A’ja Wilson being named the league’s MVP.

They also found out Thursday that they would be playing the seventh-seeded Sun, who stunned No. 3 Los Angeles 73-59 in a one-game second-round matchup. Connecticut opened by defeating sixth-seeded Chicago 94-81 in Tuesday’s one-game first round.

There’s no question those wins have the Sun feeling sharp and ready for Las Vegas. But the Aces think what they did to close the regular season, when they beat Minnesota, Los Angeles and Seattle in a four-day span, helped prepare them for the series.

“Even though our first official playoff game is going to be Sunday, our final week where we had to get crucial wins is playoff experience,” center Carolyn Swords said. “Understanding everything is a must-win and converting on it is a good experience.”

Laimbeer described Tuesday’s practice as intense, but the Aces recognize the importance of staying healthy as they chase a championship.

“We’ve seen how things have gone in the bubble with injuries and players not being healthy,” Dearica Hamby said. “So we want to be able to concentrate and lock in mentally but while staying healthy. We’re prioritizing our health and treatment.”

Whether that strategy worked remains to be seen.

“In Game 1, you just don’t know what’s going to show up because the other team has played and you haven’t,” Laimbeer said. “That’s where everyone tries to steal is Game 1, so let’s hope we’re prepared.”