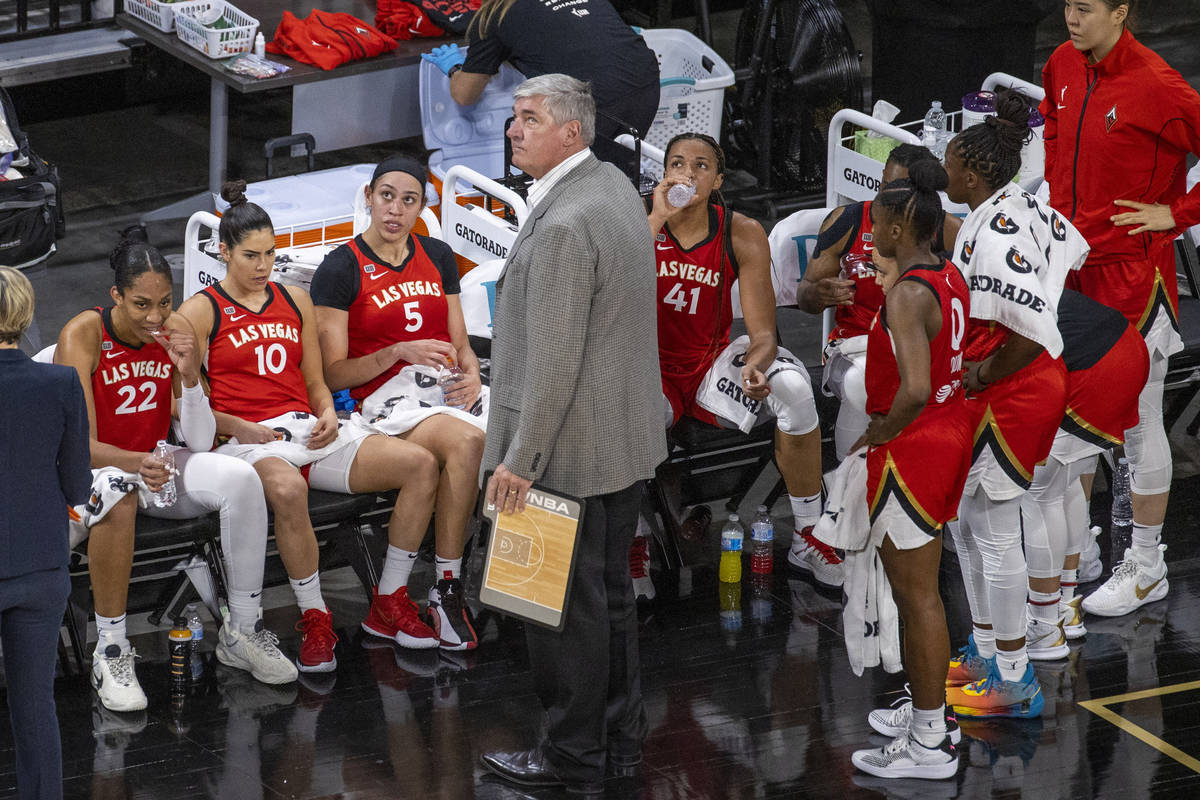 Aces forward Dearica Hamby took a moment to reflect on the first portion of the season after a 95-79 victory over the Dallas Wings on Sunday at College Park Center in Arlington, Texas.

“We’re a super talented team. Really one through 12. Talented, talented roster,” she said. “Just figuring how to play with each other, we’ve seen bits and pieces of what we’re capable of. But there are some things we’re going to have to tune up.”

After the Olympic break.

The Aces concluded the first part of their schedule with a dominant win, snapping their two-game skid and building momentum before they disperse for the All-Star Game, Olympics or some rest and recovery.

Reigning MVP A’ja Wilson finished with one of her best stat lines of the season, posting 22 points, 13 rebounds, eight assists and three blocks. Hamby came off the bench to tally 22 points and 12 rebounds, Jackie Young scored 17 and Kelsey Plum 16.

The Aces enter the break with a 15-6 record. They will continue their pursuit of a WNBA championship Aug. 15 against the Washington Mystics at Michelob Ultra Arena.

“I’m pleased with our record. We could be better, but we could be worse,” Las Vegas coach Bill Laimbeer said. “We got through the first half healthy, and that’s a huge bonus for our basketball team that we have a full roster.”

The Aces were a popular preseason pick to win the title, armed with a roster full of All-Stars and coming off their first trip to the WNBA Finals. They’ve met expectations for the most part, doubling as the league’s highest-rated offensive and defensive team for much of the season.

Their depth and talent was on display against the Wings (9-12), even without All-Star center Liz Cambage, who remained in Las Vegas with the Australian national team. Wilson feasted in the post and passed her way out of double teams. Hamby wreaked havoc on both ends with her size and versatility. Young and Plum probed the paint, seeking open looks for themselves or others.

Laimbeer said the Aces probably will reconvene in Las Vegas during the first week of August and await the return of the Olympians on their roster: Wilson, Plum, Cambage, Chelsea Gray and JiSu Park.

“We’re headed in the right direction,” Wilson said. “We’re growing together. We have a lot more chemistry now. … (But) we’re not satisfied.”