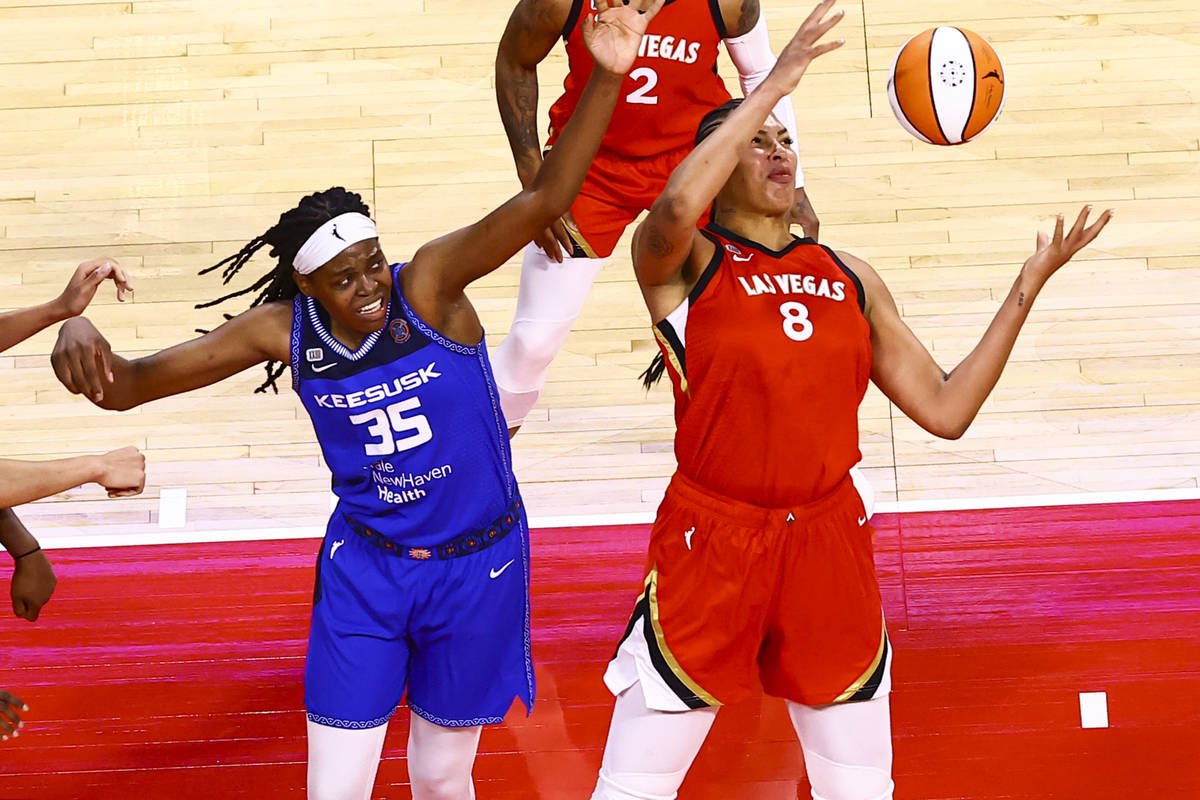 “I had a lot of other coaches and a lot of other players come to me and tell me their stories about this same person as well,” Cambage said in her first public comments since Miller was fined and suspended by the WNBA.

“Players get into it on the court,” she said. “But for a man that’s being paid to coach in a women’s league to be hurling abuse — and I’m not the first one — that hits different.”

Cambage on Sunday night revealed on Instagram that Miller told a referee she weighed 300 pounds while arguing a call in the fourth quarter of the Aces’ 72-65 loss to the Sun at Michelob Ultra Arena.

Miller was fined $10,000 by the WNBA and suspended for one game. He issued an apology through the team Monday morning and did not coach the Sun on Tuesday night during their loss to the Seattle Storm.

That said, Cambage is ready to move forward.

“I tend to forget how big my platform is and my reach is, and when I go on my little rants on Instagram and just turn off my phone, I’m in a whole other world,” she said. “The rest of the world is freaking out and there’s articles everywhere and I’m just really chilling. I tend to forget that happens a lot.

“At the end of the day, I said what I said. When I get defensive, when I get disrespected, I see red,” the 29-year-old added.

Cambage said she was bullied during her childhood and adolescence because of her size and said that she learned how to defend herself accordingly. She also said “there’s something in me that will always want to stand up for others and defend others” as a result of her experiences.

“That’s who we are as women. We’re going to fight for what’s right,” Wilson said. “At the end of the day, you’ve got to understand that, yes, we’re in the heat of the moment. Yes, things may be said, but you know you can’t back down from anyone. Just continue to use your voice. That’s what our league is all about.

“To see Liz go out there like that on Instagram…that’s Liz. That’s who she is. Power to her. We’re going to stand behind her the best way we can.”