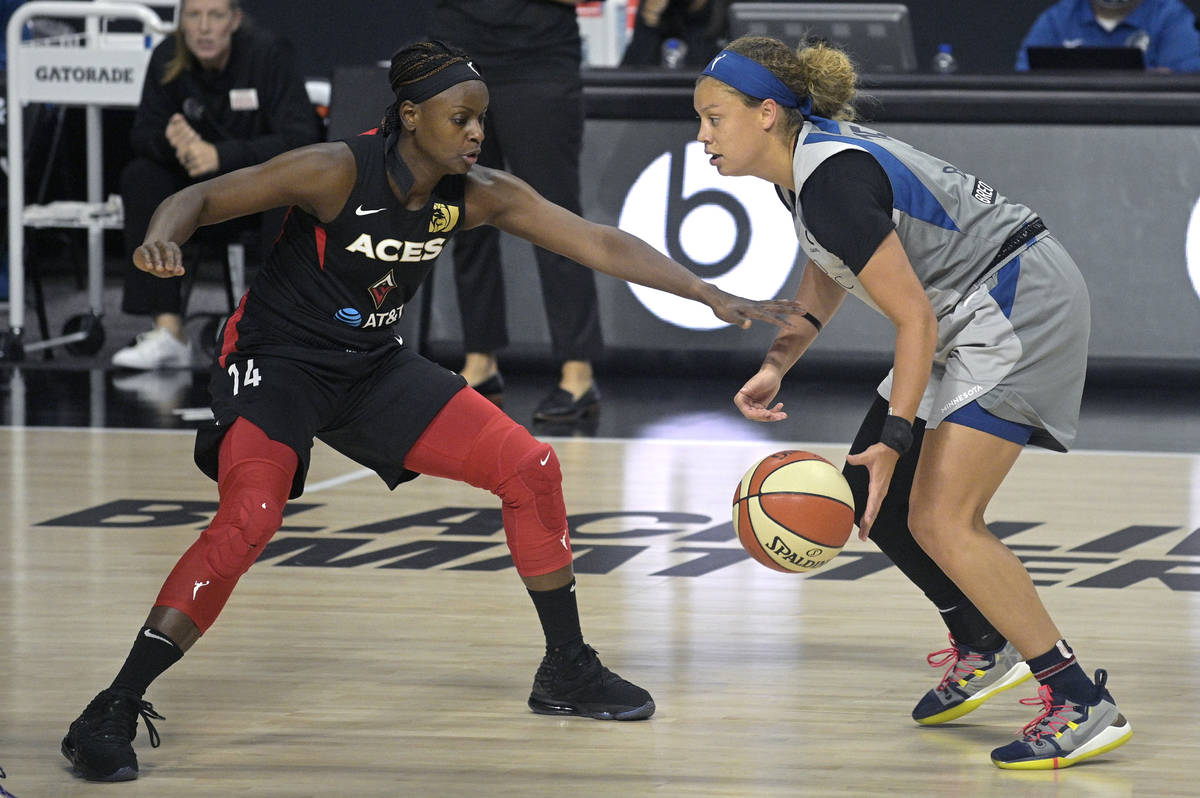 Sugar Rodgers graduated last month from Georgetown with a master’s degree in sports industry management. But her course load couldn’t completely prepare for the intricacies of her new job.

She said she expected to break down film and handle the other business aspects of her job. “But it’s different,” she said, “when you’re going to school for it and actually doing it.”

Rodgers concluded her playing career with the Aces last season and is adjusting to her new role as an assistant coach on Bill Laimbeer’s staff. She was formally hired last month.

Laimbeer said she seemed to be a “natural fit” alongside him on the bench because of her experience and relationships with the players.

“She wants to learn. She wants to understand, and she’s a good person,” said Laimbeer, who often hires former players as assistants. “We wanted to give her an opportunity. … It’s going to be a good thing for both sides.”

Rodgers overcame an arduous upbringing to become on the of most productive players in Georgetown history. She was selected four times to the All-Big East team and scored 2,518 points from 2009 to 2013, enough to warrant the No. 14 selection in the 2013 WNBA draft.

She played eight WNBA seasons, including six for Laimbeer, four of which were with the New York Liberty. She was an All-Star and the Sixth Woman of the Year in 2017, averaging 10.4 points while shooting 34.2 percent from 3-point range.

Rodgers said she was actually ready to retire two years ago, but Laimbeer convinced her to play two more seasons in Las Vegas. She played the last two years for the Aces in a reserve role, averaging 3.4 points while providing a steadying presence.

Laimbeer referred to Rodgers as a “student of the game.” He said “she made herself do things over the course of time that kept her valuable to teams and kept her in the league,” like improve her defensive awareness.

“She understood her assignments, and she also got frustrated when other players didn’t do their assignments,” he said, noting that he too shares a similar detail-oriented approach to basketball. “She knows the exactness of the business because she had to be an exacting player in order to be successful in this league.”

Rodgers said she knew one day that she’d be a coach, based on all the time she’s spent in gymnasiums and the impactful relationships she’s had with various coaches. Conversations about coaching between her and Laimbeer occurred organically, ultimately leading to her hiring this spring.

She said she’s definitely “a players’ coach,” and Laimbeer said she’s already helped bridge whatever gaps exist between him and the players.

“Sugar was like that coach in the locker room anyway,” Aces forward A’ja Wilson said. “So now that she’s just not dressing up in the uniform, it’s definitely a good thing just to see her living out her dream of being on the other side of it and her insight that she gives to the guards and also for the posts like myself. I love it.”