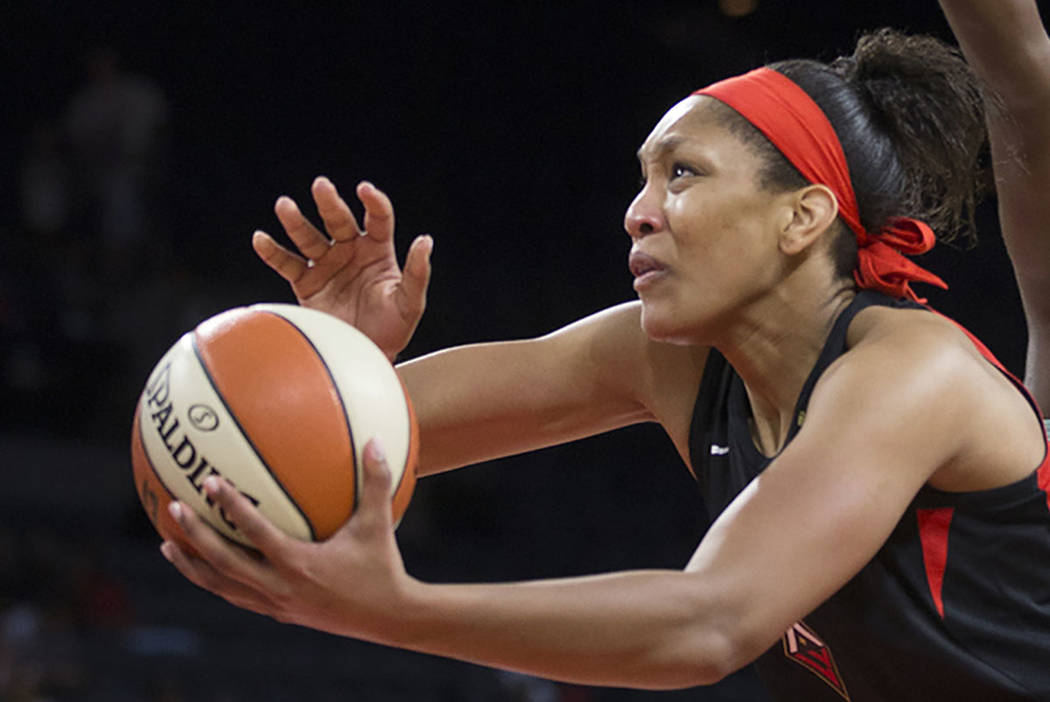 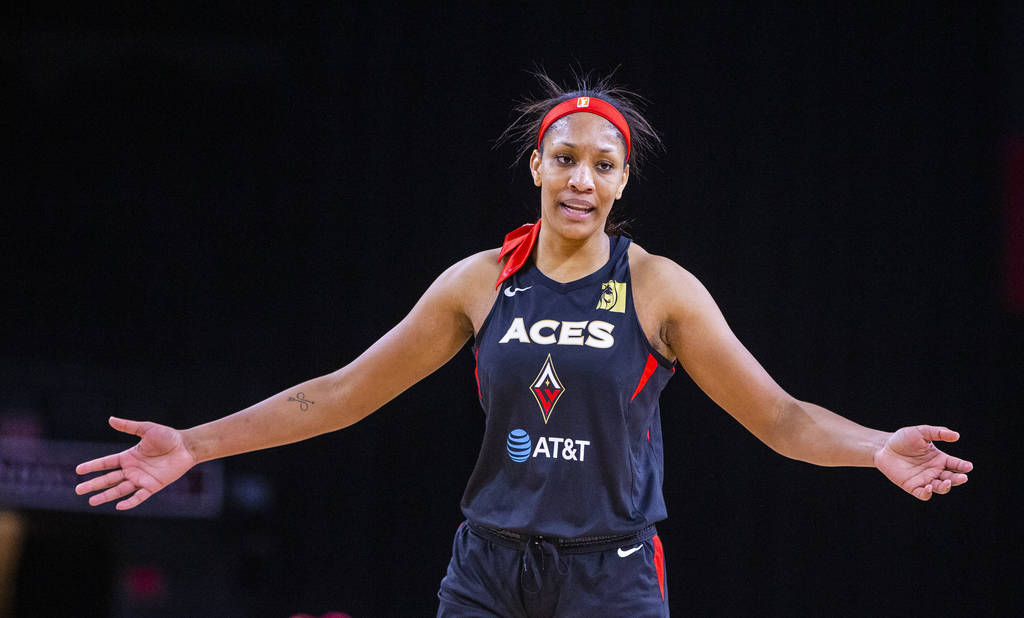 Las Vegas Aces center A'ja Wilson (22) is pleased with her performance over the Indiana Fever during the last quarter of their WNBA basketball game at the Mandalay Bay Events Center on Saturday, June 29, 2019, in Las Vegas. (L.E. Baskow/Las Vegas Review-Journal) @Left_Eye_Images

The WNBA franchise formerly known as the San Antonio Stars was mired in futility, devoid of the requisite talent, direction and leadership to compete for a championship. That is, until it relocated to Las Vegas in October 2017, hired a certain championship caliber coach and drafted a certain franchise player.

Now, 20 months later, that same franchise is one of the very best in the 12-team league, complete with three All-Stars, an additional pair of No. 1 overall picks and a legitimate opportunity to win a championship — for which it will start competing next month.

The Aces on Sunday clinched the franchise’s first playoff berth since 2014 with a 100-85 road victory over the Chicago Sky at Wintrust Arena. At 18-9, they trail only the Washington Mystics (20-7) and Connecticut Sun (18-8) for a top-two seed and a corresponding double-bye into the best-of-three semifinals.

And it’s just getting started.

“We know we’re going to be in the playoffs, but now it’s about seeding. It’s about winning basketball games,” Las Vegas coach Bill Laimbeer said. “We’re focused on the next game.”

San Antonio finished with an 8-26 record in 2017 before is ownership group sold the franchise to MGM Resorts International, which promptly hired Laimbeer, a three-time WNBA champion coach, away from the New York Liberty to coach the Aces and oversee basketball operations.

In April 2018, he drafted a generational talent from South Carolina named A’ja Wilson — who logged 25 points, eight rebounds and four blocks against the Sky — and she quickly became the cornerstone around which the franchise was constructed.

She teamed last year with incumbent All-Star guard Kayla McBride, former No. 1 overall pick Kelsey Plum and a host of role players to help the Aces compete for the No. 8 seed, falling short in August and finishing with a 14-20 record.

This year, the Aces drafted Jackie Young No. 1 overall and traded with the Dallas Wings in May to acquire All-Star center Liz Cambage, who added 23 points and 10 rebounds against Chicago (15-11).

“It’s very exciting, and I’m glad I can be a part of it,” Cambage said of the playoff berth, her second in a row after reaching the postseason a year ago with Dallas. “I’m happy to be headed to back to the playoffs, and to be with this team as well.”

She’s healthy now, though, and so is the rest of the roster for the final seven regular-season games.

“This is definitely something special for our franchise. We’re just happy to be in this situation,” Wilson said. “We know we still have a lot more games to be played, and we can’t let up.”