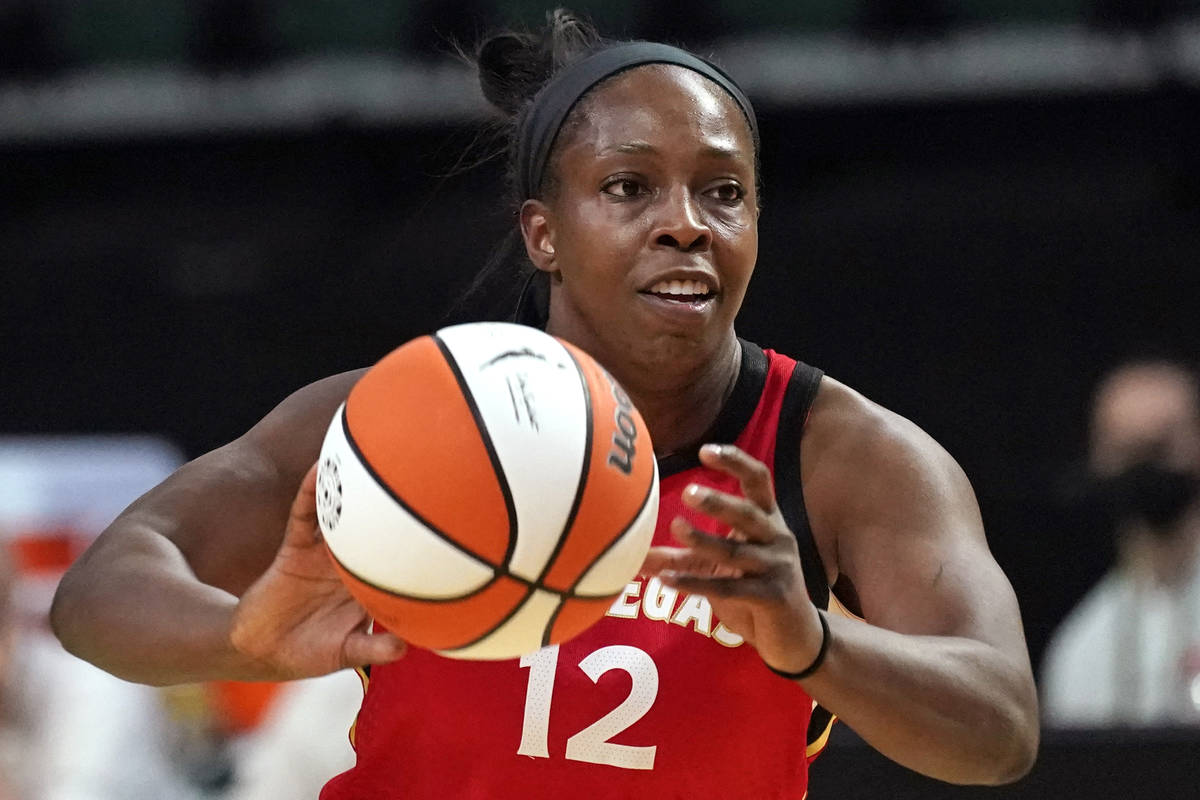 But Wilson flashed away from Stewart and to a vacancy at the free-throw line, creating a passing lane for Gray, who effortlessly flicked a behind-the back, no-look pass to the reigning WNBA MVP in one of her favorite spots on the floor.

In her second game with the Aces, Gray showcased her cerebral feel for the point, totaling 11 points and seven assists Tuesday in an 96-80 road victory while helping set the pace of play.

The All-WNBA guard signed with the Aces as a free agent in February, giving the team a dynamic pick-and-roll ballhandler — and unlocking a brand new style of play.

Gray said she struggled a little bit in the opener Saturday while acquiescing to the Aces. But on Tuesday, she said she “felt a lot more comfortable” working on and off the ball.

“As a team, we’ll start to settle in a little bit more once we get to know each other,” she added.

Gray starred previously for the Los Angeles Sparks as a three-level scoring point guard and is at her best in pick-and-roll situations. She averaged 14.6 points and 5.2 assists over the last four seasons, shooting 46.1 percent, including 40.1 from 3-point range, and earning three All-Star nods.

The Aces did not previously have a guard with her specific set of skills and played primarily through Wilson and center Liz Cambage in the post. They still prefer to do so, but Gray gives them an additional option on the perimeter depending on the matchup.

Gray struggled Saturday in her team debut, finishing with seven points and three assists in a 97-83 loss as she worked to find her footing with her new team. Coach Bill Laimbeer said he’s still finding ways to involve her more in the offense and moved her off the ball some in the first half Tuesday against the Storm.

Gray ran free off screens Tuesday and spaced the floor with her 3-point shooing en route to seven first-quarter points. She moved back on the ball as the game continued, displaying her feel and instincts at point.

“We’re learning more about her every day,” Laimbeer said. “We’ll incorporate different options in our offense and actually design plays for her just to use her pick-and roll skills.”