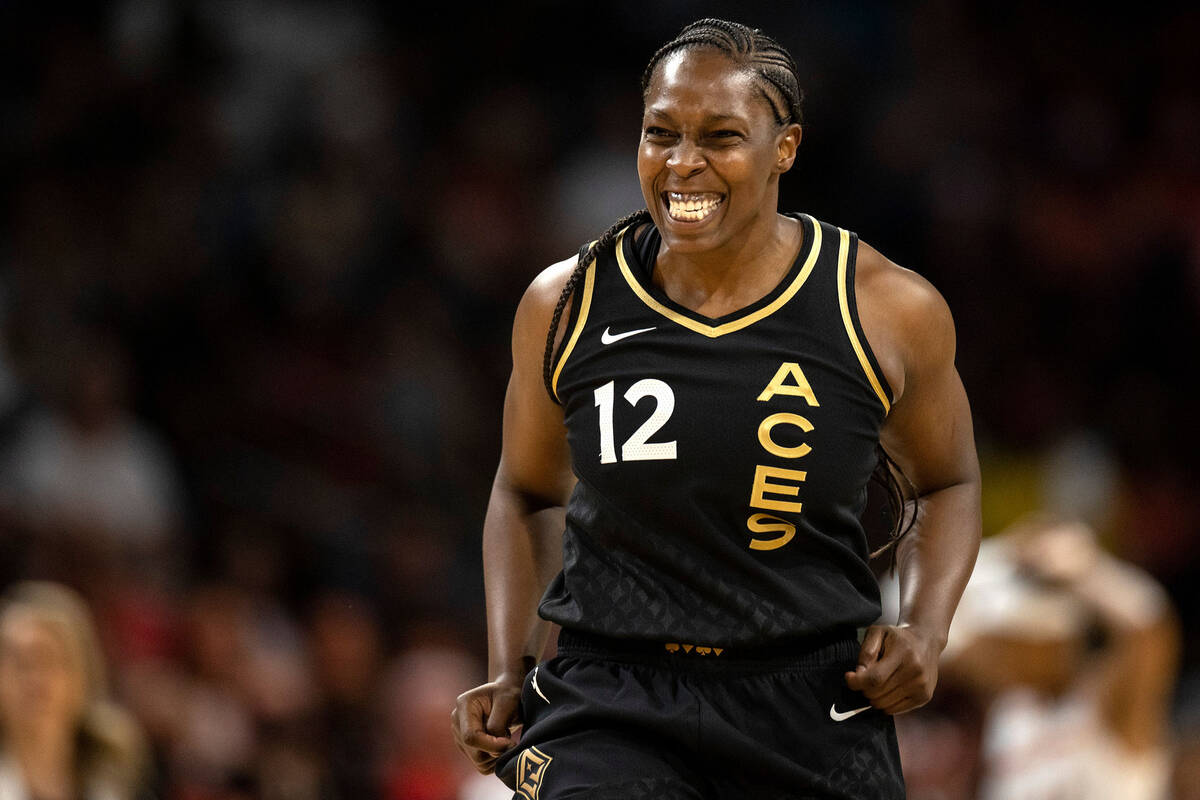 Las Vegas Aces guard Chelsea Gray (12) reacts to a missed shot during the first half of a WNBA basketball game against the Phoenix Mercury at Michelob ULTRA Arena on Wednesday, Aug. 17, 2022, in Las Vegas. (Ellen Schmidt/Las Vegas Review-Journal) @ellenschmidttt 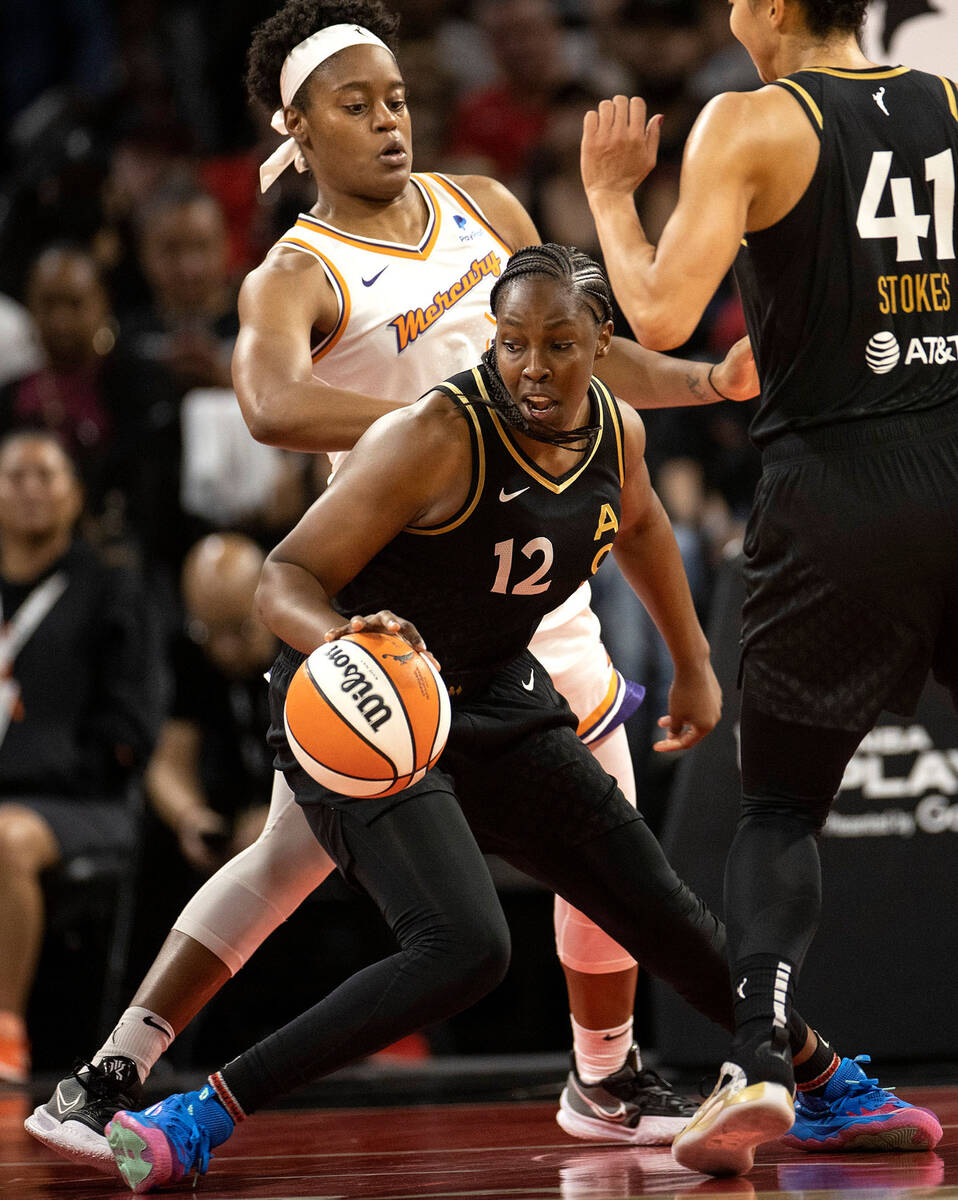 The Aces’ 79-63 win over the Phoenix Mercury Wednesday night was extra sweet because of the recent history between the teams.

During the 2021 playoffs, the Mercury upset the higher-seeded Aces in the WNBA semifinals, winning the series 3-2.

If the Aces had the past year’s disappointment on their mind Wednesday, it was partially because Phoenix wasn’t going to let them forget.

“They were talking about it the entire time,” Aces point guard Chelsea Gray said. “It was important we got this win and start off on a good note.”

Wednesday the No. 1 Aces and No. 8 Mercury meet again at Michelob Ultra Arena in what could be the deciding game of their best-of-three, first-round playoff series.

Phoenix is the reigning finalists. However, this Mercury team is almost an entirely different group.

Entering the season, the Mercury looked like one of the Aces’ biggest challengers in the Western Conference. They lost coach Sandy Brondello to the New York Liberty, but returned most of their WNBA Finals roster.

However, the Mercury’s reinvigorated lineup never played a single game together. Center Brittney Griner was detained in Russia before the start of the season and remains there. Guard Kia Nurse hasn’t seen the court in 2022 after tearing her right ACL in Game 4 of the 2021 semifinals.

The Mercury went 2-8 to star the season, and Charles agreed to a contract divorce June 25. Guards Skylar Diggins-Smith and Diana Taurasi guided Phoenix to the precipice of the playoffs, but the 40-year-old Taurasi suffered a right quad strain Aug. 8 and Diggins-Smith left the team for personal reasons Aug. 11. Both players were unavailable Wednesday.

“I don’t know if anybody in this league has been dealt a tougher hand than Vanessa Nygaard, coaching-wise,” Aces coach Becky Hammon said.

Phoenix took another personnel hit Wednesday when guard Shey Peddy went down with a non-contact injury late in the third quarter. After the game, Nygaard called it a foot injury, but said the team needed to evaluate Peddy further before making any decisions about her availability.

The Aces know this isn’t the Mercury team which knocked them out in 2021. However, reserve guard Riquna Williams knows they need to stay focused if they want to advance past a Phoenix squad which has already proven it can rise above adversity.

“You still have to respect them because they’re professionals,” Williams said. “They’re going to go out and play hard and give their all.”