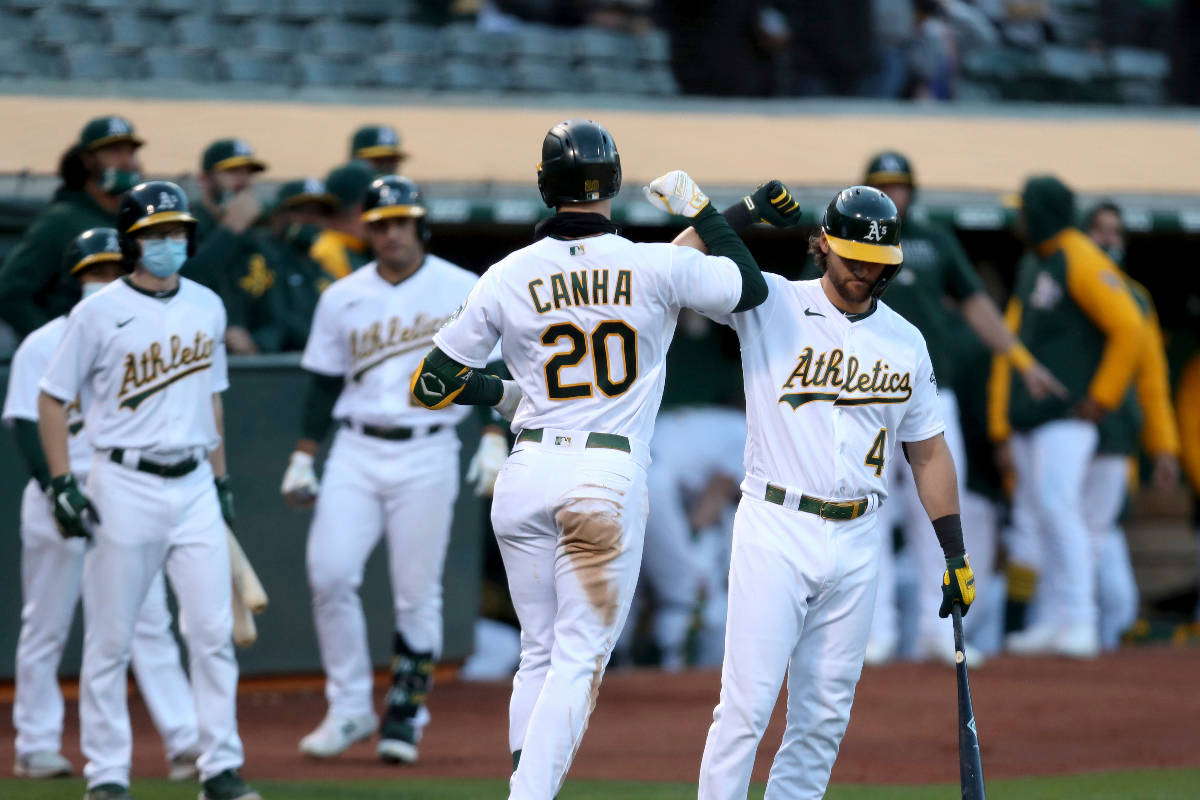 Building a Major League Baseball stadium in the Las Vegas Valley could cost as much as $1 billion.

That’s the estimated price tag representatives of the Oakland Athletics gave Clark County officials in a Tuesday meeting to discuss possible relocation and a facility in Southern Nevada, a source with knowledge told the Review-Journal.

That source indicated that the A’s were particularly interested in constructing a stadium on or near the Strip but noted no specific site was mentioned.

With the success of the Golden Knights at T-Mobile Arena just off the Strip and the Raiders at Allegiant Stadium, near the Mandalay Bay and Luxor on the south end of Las Vegas Boulevard, the A’s envision a similar situation if a stadium is built near the resort corridor.

How that would be financed was loosely mentioned during Tuesday’s talks, but the source indicated the A’s are interested in pursuing a public-private partnership, similar to what the Raiders received when they relocated to Las Vegas from Oakland.

The Raiders received $750 million in public money toward the $2 billion cost for Allegiant Stadium. The money is being generated by a .88 percent tax on hotel rooms in Clark County.

The source said there is little desire from the county to offer much, if any, public funding to build a possible MLB stadium.

After landing the Raiders in Las Vegas and building the 65,000-seat stadium, the source said officials hoped they would be able to attract other major professional sports franchises without having to offer such sweetheart deals.

With the A’s awaiting a July 20 vote by the Oakland City Council on the fate of a proposed $12 billion mixed-use project that includes a waterfront stadium, the A’s visit to Las Vegas is being viewed as “serious” by local officials as the team is in dire need of a new home. The team’s current home, the Oakland-Alameda County Coliseum, is aging and not deemed a viable facility by MLB.

MLB officials gave the A’s permission to explore other markets for possible relocation while the Oakland situation plays out.

Aside from Clark County, A’s officials are expected to meet with Las Vegas Mayor Carolyn Goodman and gaming giants Wynn Resorts and Caesars Entertainment with the trip concluding Thursday.

Also expected is a meeting with a group from Henderson, led by city manager Richard Derrick.

Whether Portland, Oregon, is next in line for a visit by the A’s, depends on whom you ask.

On Monday, the Portland Diamond Group said it was working with the A’s to plan a trip to Portland for fact-finding meetings with area officials and the project team. The group includes Seattle Seahawks quarterback Russell Wilson, his wife and entertainer, Ciara, and former Nike executive Craig Cheek.

City of Portland officials noted Wednesday they were not involved at all in the reported talks, referring questions to the Portland Diamond Project group.