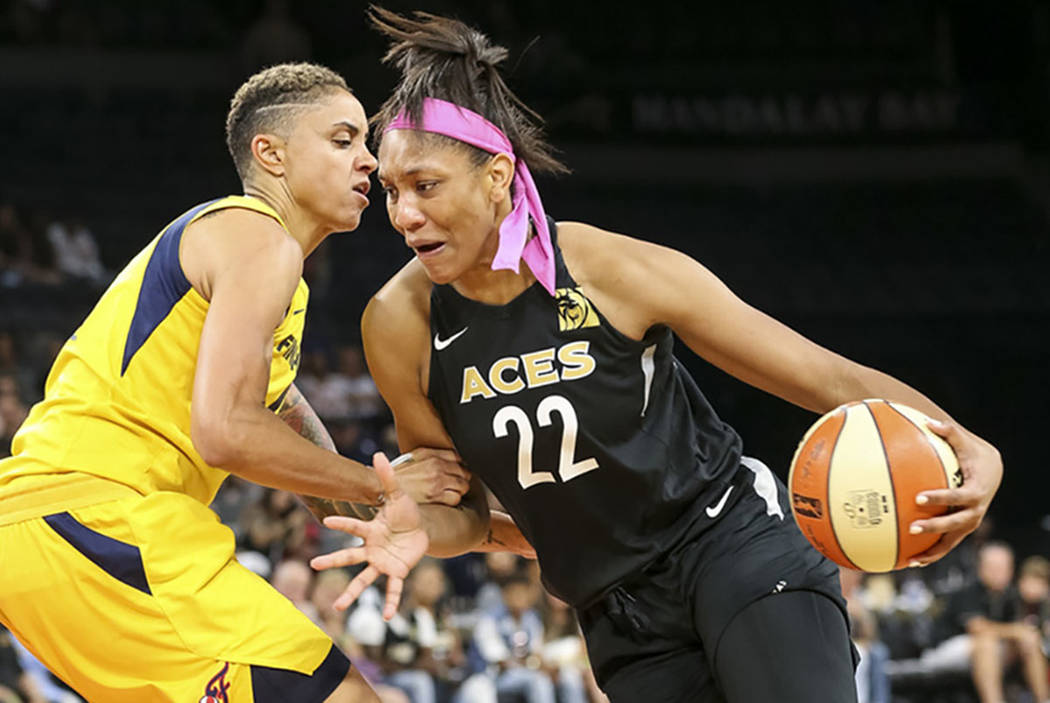 The Aces concluded their inaugural season with a 14-20 record and an abundance of optimism about the 2019 season as the youngest team in the WNBA.

Which, by the way, begins Sunday.

The Aces open training camp Sunday at UNLV’s Cox Pavilion with three weeks to prepare for their second WNBA season, which begins May 24 across the league and May 26 in Las Vegas. Their camp roster features 17 players — most of whom were on the team last year — and a dozen will be at the first practice while the others conclude their commitments overseas.

“We’re coming in stronger. We know each other, of course. We have that part of it,” said Aces star and reigning WNBA Rookie of the Year A’ja Wilson, who returned last month to Las Vegas in part to prepare. “I’m excited to get back to work.”

Aces players last season averaged 24.3 years of age, and the youth was prevalent in inconsistent play and effort. They opened by losing seven of their first eight games, but rebounded behind Wilson and All-Star guard Kayla McBride to compete for a playoff spot.

Aces coach Bill Laimbeer is hoping that the players have matured in the eight-plus months since the season ended. And also that they can improve defensively after surrendering 104.7 points per 100 possessions to rank in the bottom half of the league.

“We’re not going to be the greatest defensive team,” he said. “But we can be much better through team defense and techniques. I think that is a big growth area for us also. I think we can continue to understand each other.”

Laimbeer has an idea of how his roster is going to look come the season opener, but said Saturday that two roster spots are likely available through competition — one guard and one post player.

He stopped short of predicting a playoff berth, insisting only that he hopes the team can compete on a more consistent basis.

Wilson, however, wants to play in the postseason.

“It’s definitely something that I would like to help bring and push for with the Aces,” Wilson said. “I think we are all capable of coming together and making it happen. I’m glad just to be a part of it.”