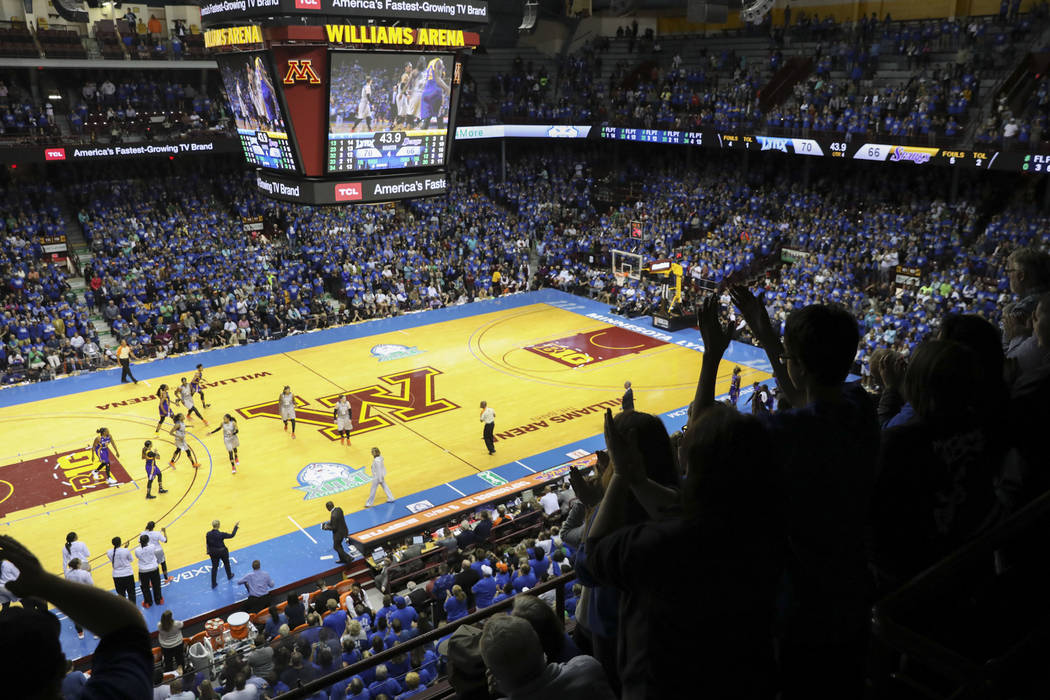 Fans cheer during the second half of Game 2 of the WNBA finals between the Los Angeles Sparks and the Minnesota Lynx on Tuesday, Sept. 26, 2017, in Minneapolis. The Lynx won 70-68. The Lynx were the only team to respond to the Review-Journal that offered radio broadcasts of games. (Renee Jones Schneider/Star Tribune via AP) 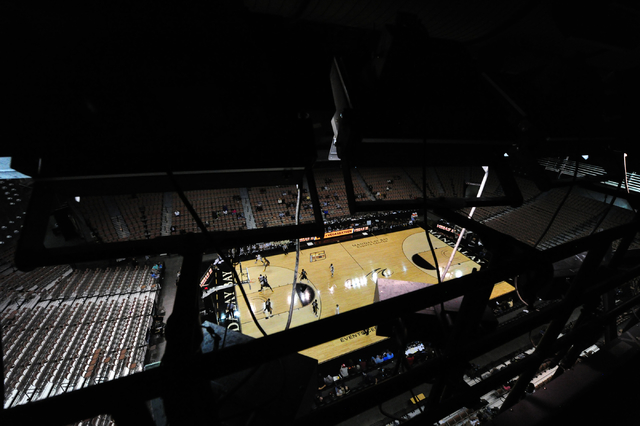 The Aces are closing in on a radio contract for their inaugural season, which begins at the Connecticut Sun on May 20.

The club, which was purchased by MGM Resorts International and relocated from San Antonio in October, has been communicating with the Las Vegas Sports Network about carrying games, Lotus Broadcasting general manager Tony Bonnici confirmed to the Review-Journal.

Details were unavailable, and Bonnici wrote in an email that a prospective deal is a “work in progress in the moment.” 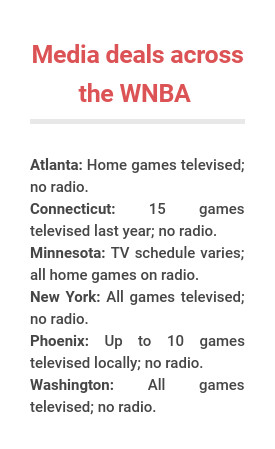 The Review-Journal contacted the other 11 WNBA teams and found that of the six that responded, only the defending WNBA champion Minnesota Lynx carry games on local radio.

Local television deals are standard across the league, though, and an Aces spokesperson said Thursday the team is finalizing an agreement and employing talent to broadcast games.

Local television deals vary throughout the WNBA, which has a contract with ESPN and televises up to 30 games per season on national platforms.

Consensus national player of the year A’Ja Wilson is the top prospect in Thursday’s WNBA Draft, and league officials expect her to go to the Aces with the No. 1 pick.

Coaches and general managers were polled by The Associated Press, which released its findings Wednesday and concluded that the 6-foot-5 South Carolina forward will start her pro career with the Aces.

All three will be in New York City for the draft, along with seven other attendees who are expected to go in the first round. The draft is at 5 p.m at the New York Nike Headquarters, and will be televised on ESPN2.

The Masters started Thursday, but the Aces hit the links Wednesday.