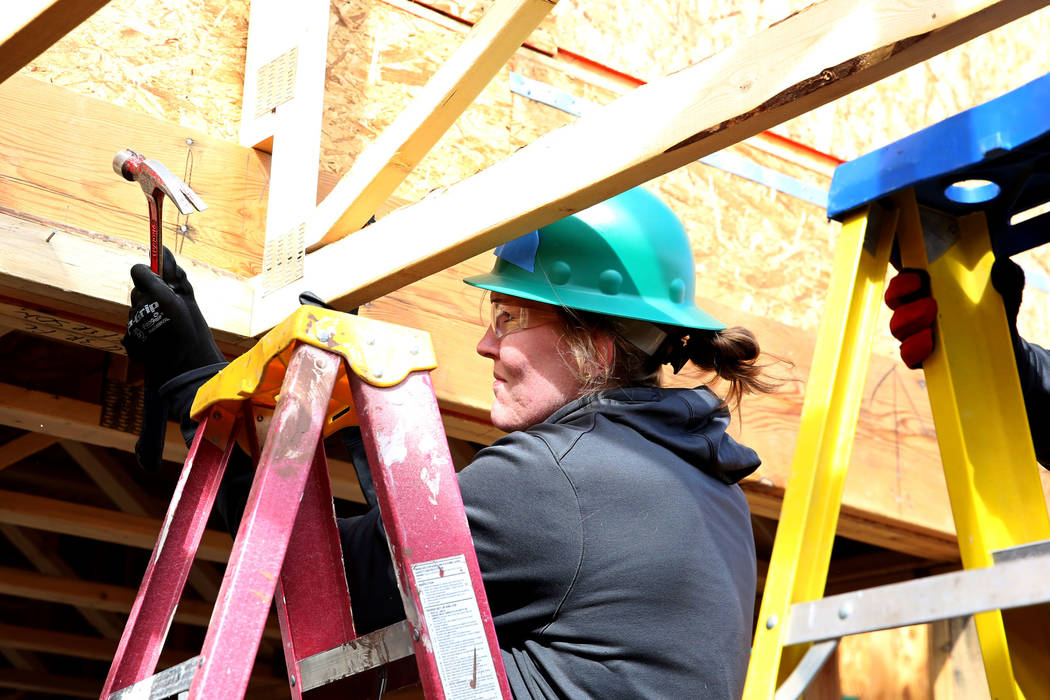 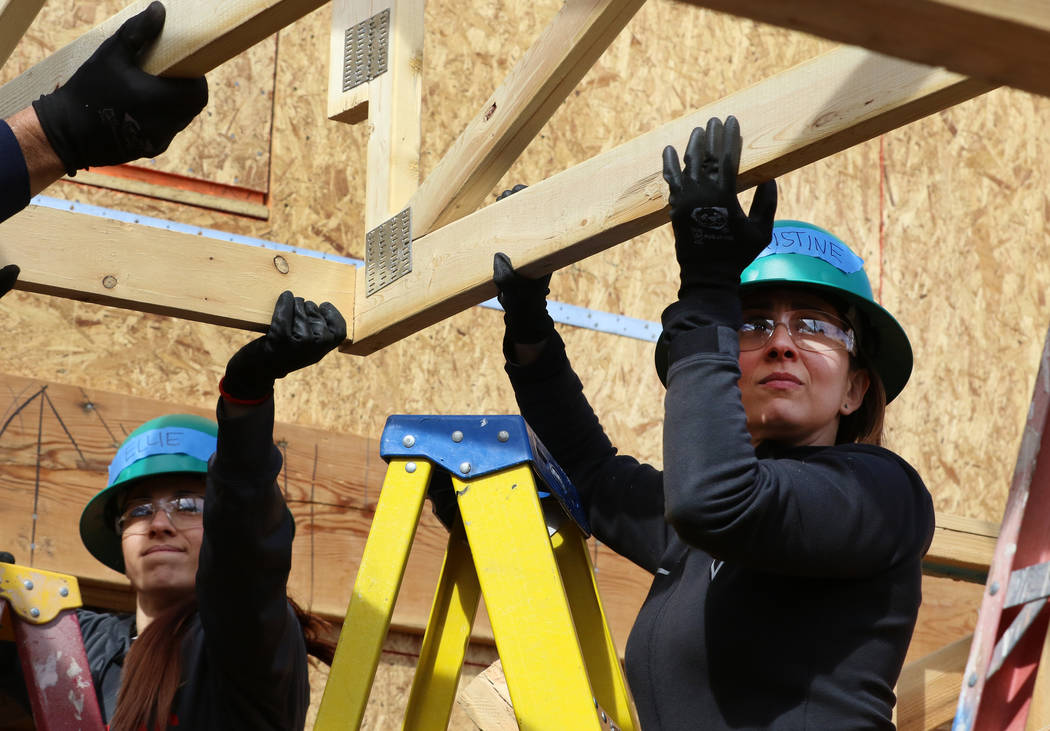 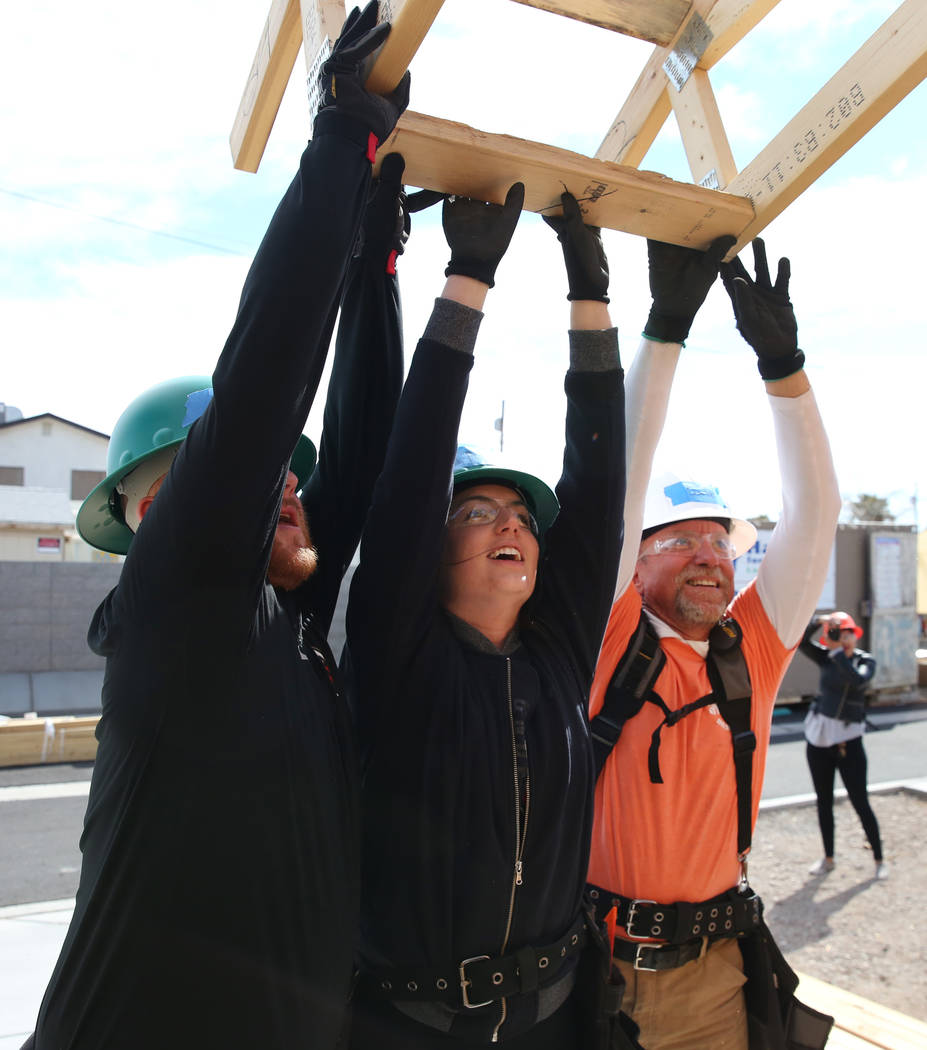 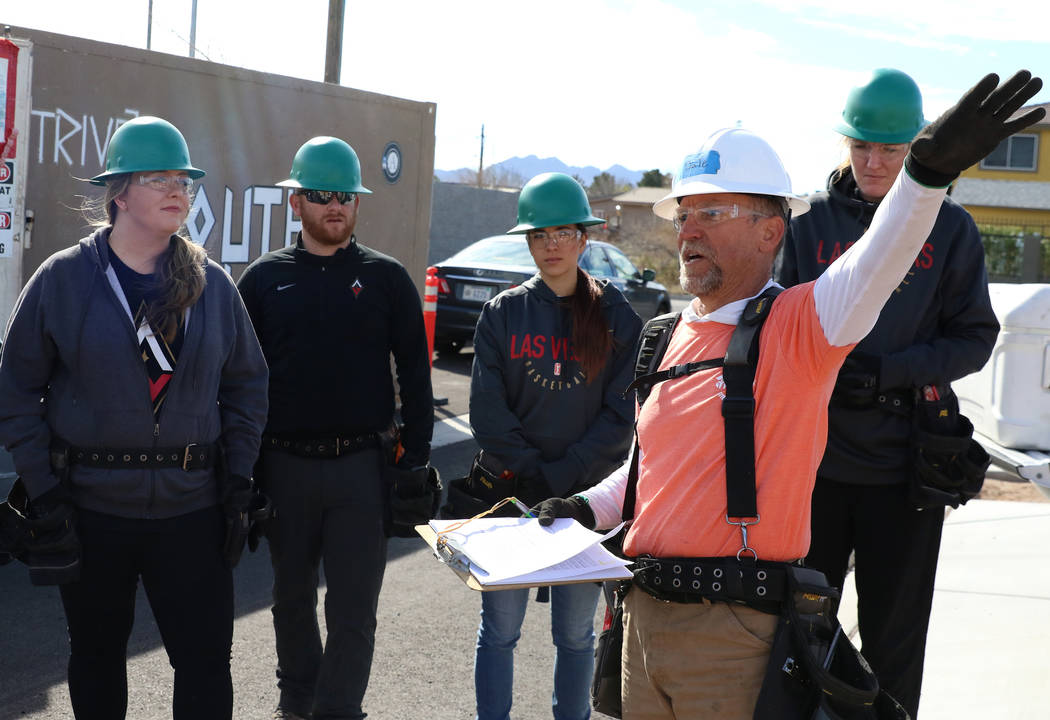 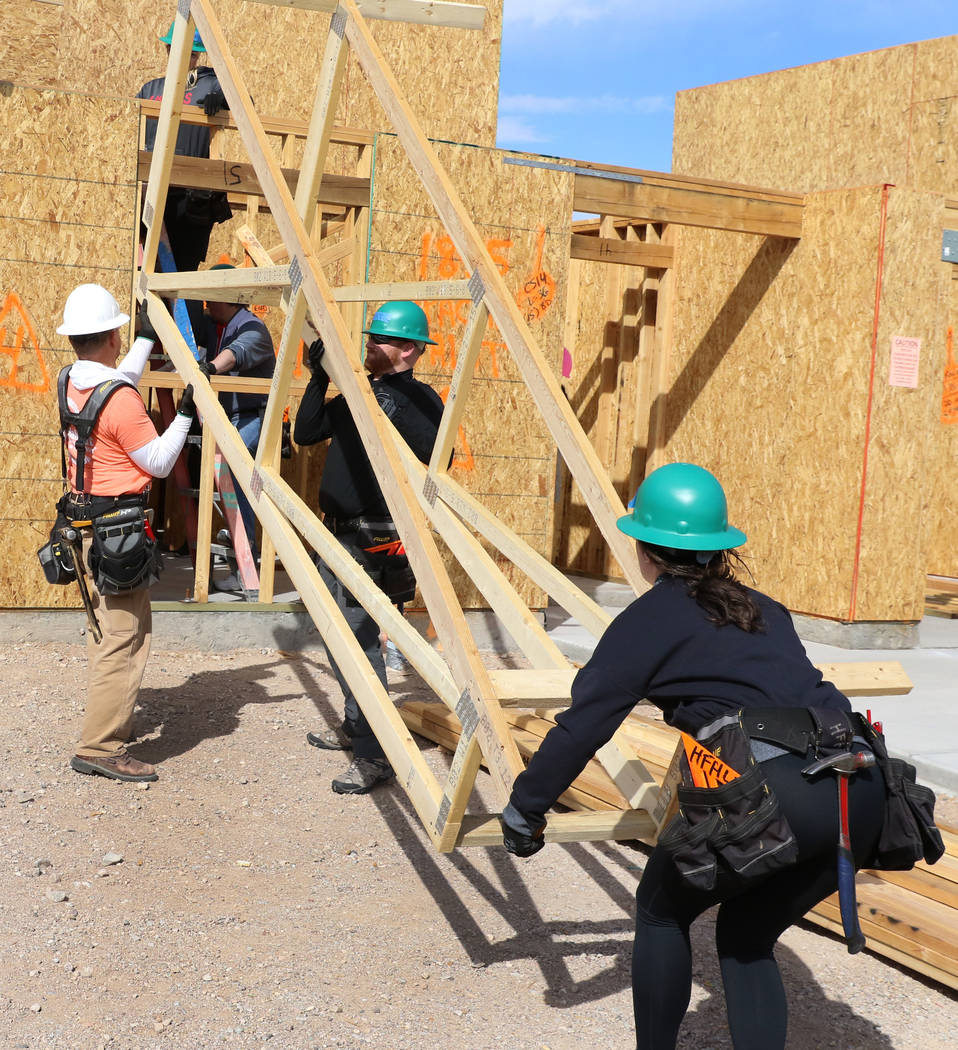 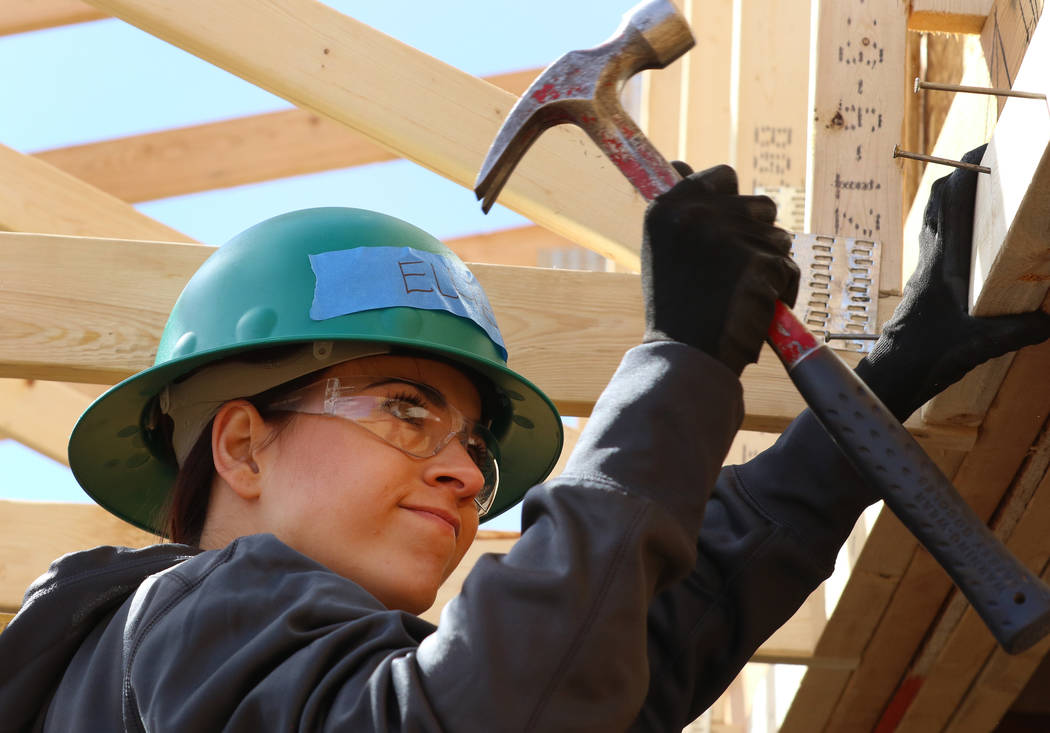 Ellie Lukova of the Las Vegas Aces hammers a nail as she volunteers to help with the construction of Habitat for Humanity Las Vegas’ 112th home in celebration of International Women’s Day on Friday, March 8, 2019, in Henderson. (Bizuayehu Tesfaye/Las Vegas Review-Journal) @bizutesfaye

The Las Vegas Aces celebrated International Women’s Day on a cold, windy Friday by volunteering for Habitat for Humanity.

Center Carolyn Swords and eight other volunteers from the team’s front office, most of them women, helped construct the nonprofit’s 112th and 113th homes in the Las Vegas Valley.

Swords said she already knew her way around a hammer and nails from working on projects with her siblings as a child. “This is the first time I’ve worked on a house, so it’s really fun,” she said.

Construction began late January on the duplex on Apache Paint Street in Henderson. To the right of the homes sat a duplex that was finished in August and to the left sat a concrete foundation waiting for construction of another pair of homes.

“Volunteers are the heart and soul of this program,” Habitat for Humanity community involvement manager Chandy Oshiro said.

The program uses volunteer labor to keep building costs low, leading in turn to lower mortgages for the families that eventually move in.

After arriving at the building site, the volunteers donned hard hats, safety glasses and tool belts. Each volunteer took a tape measure and hammer and got to work after a short safety briefing.

The team’s volunteers worked under more experienced builders to install wood frames for a low roof on one of the homes. Some lifted the wooden trusses up onto the frame of the house while other volunteers, including Swords, stood on ladders and hammered them into place.

After less than two hours, the new roof frame was in place. Swords, who is 6-foot-6, said her height gave her an advantage during the construction.

“I definitely had an easier time reaching up and handling things than the others,” she said.

Oshiro said Habitat for Humanity already constructed about 30 homes in Henderson and had plans to build at least 14 more.

Construction on the duplex will continue over the next few months. Oshiro said everything except skilled labor like plumbing and electrical installation is done by volunteers.