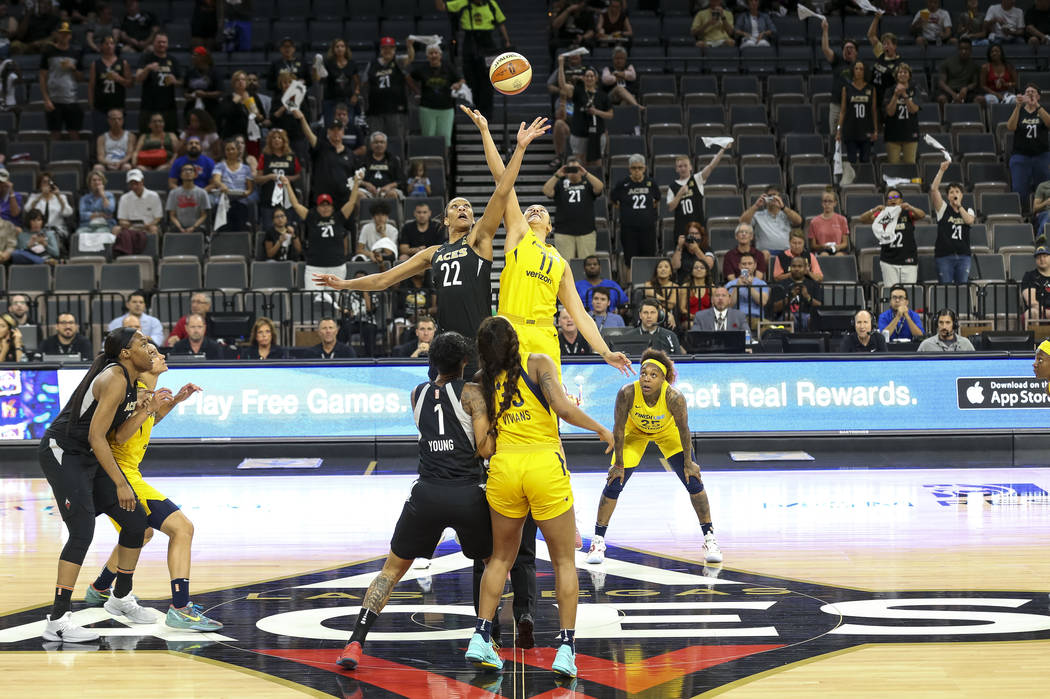 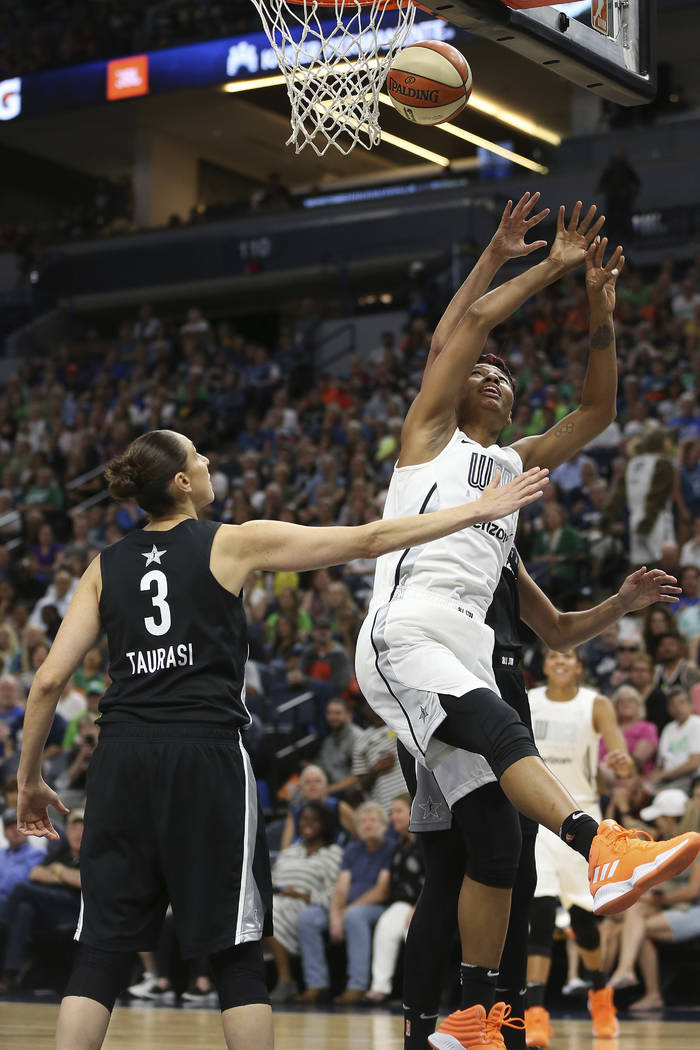 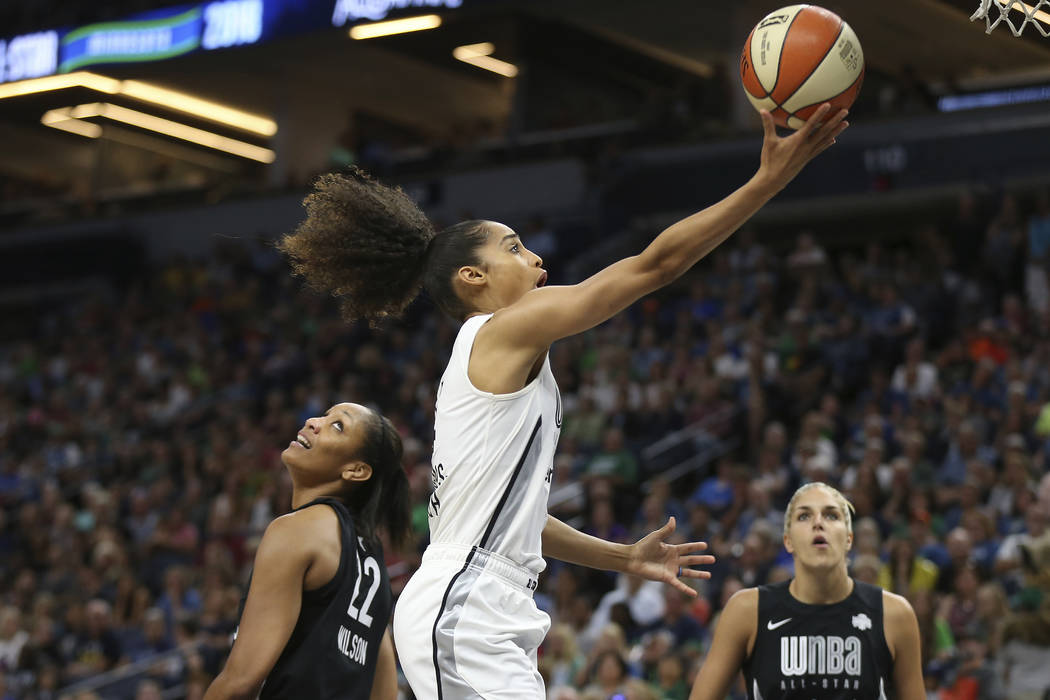 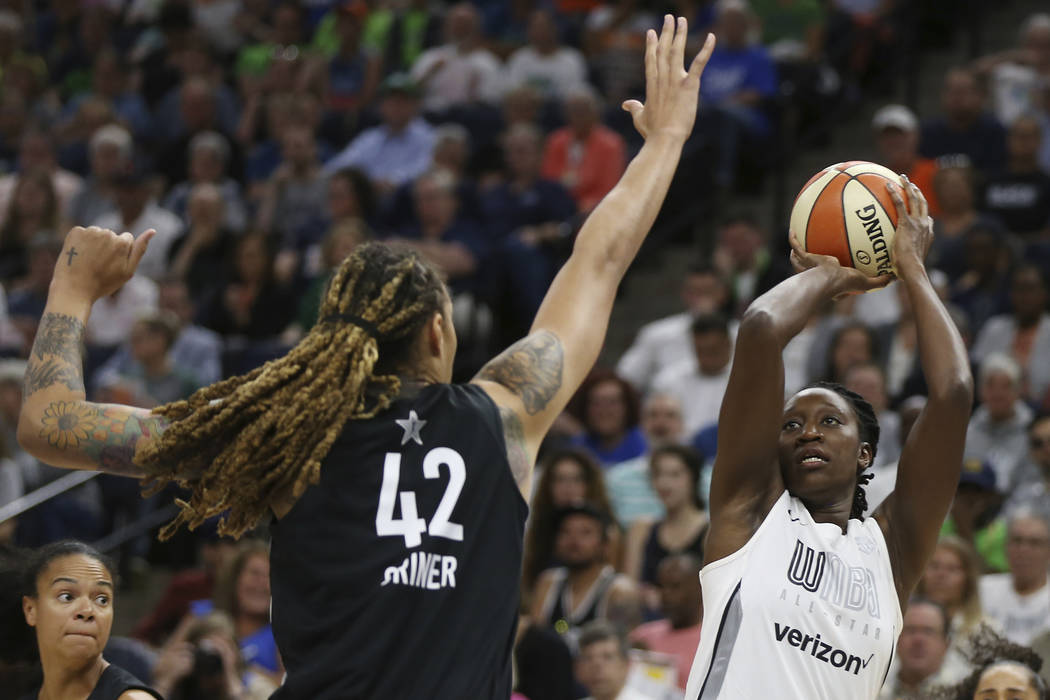 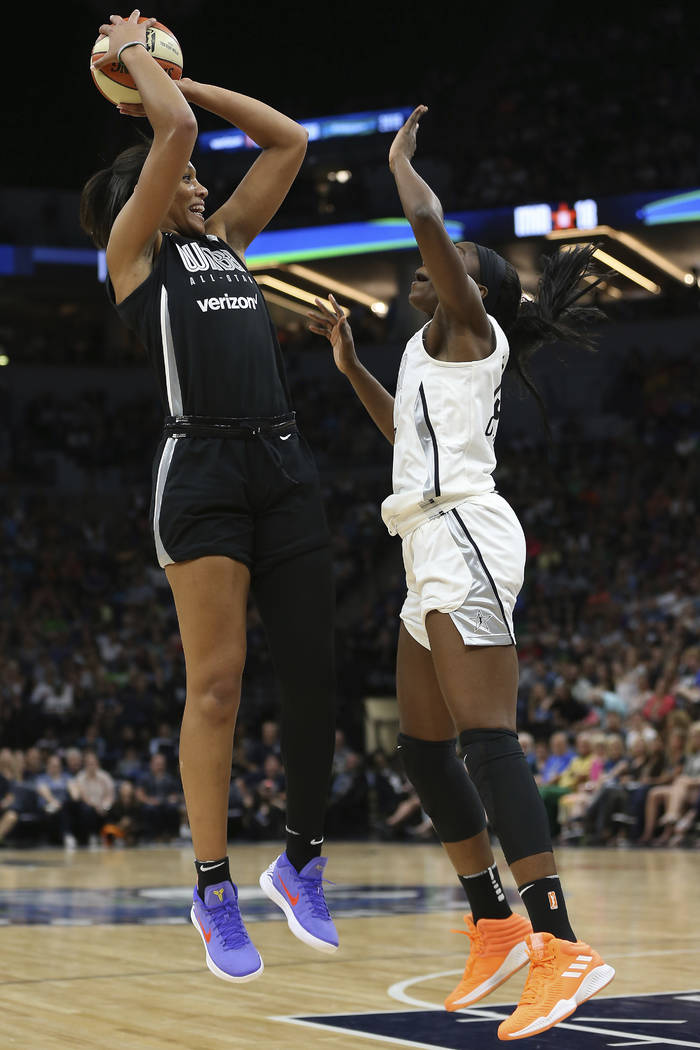 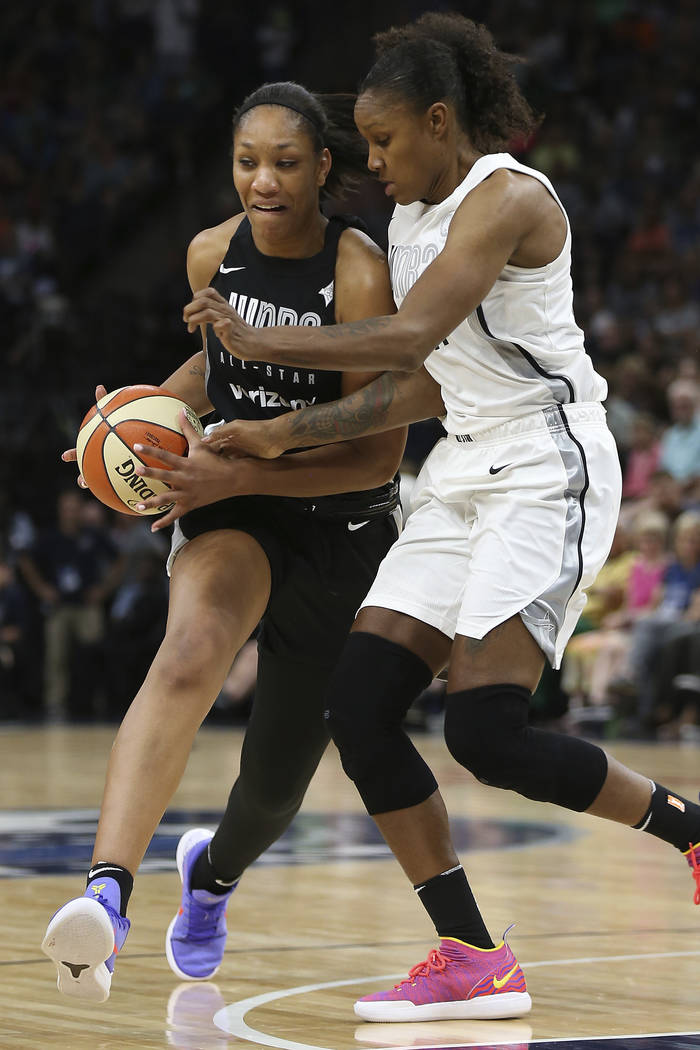 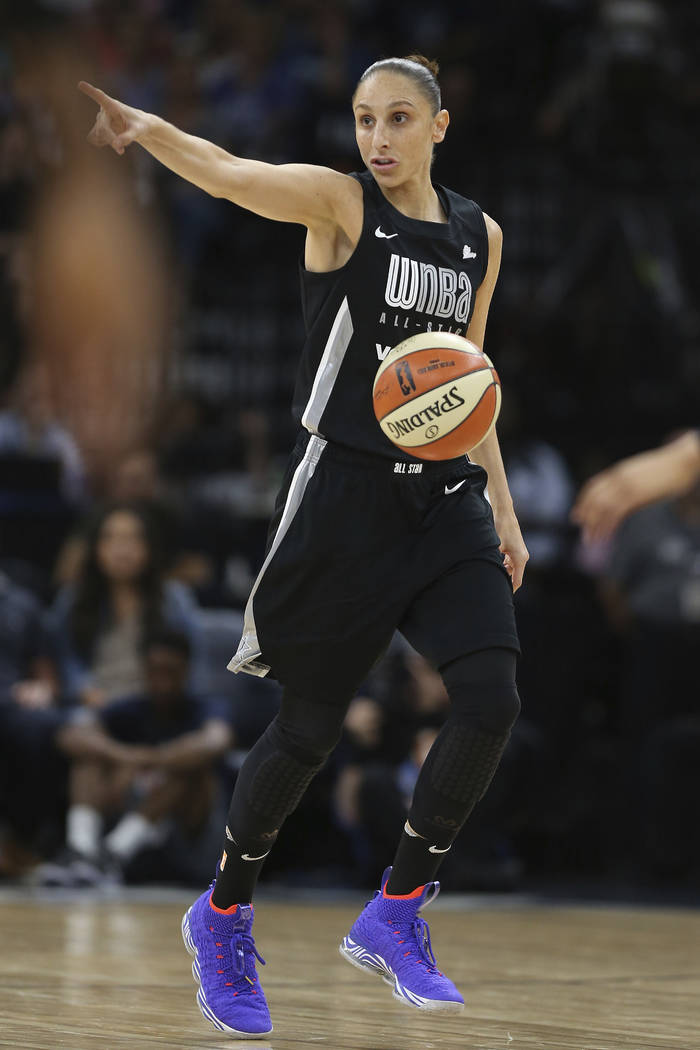 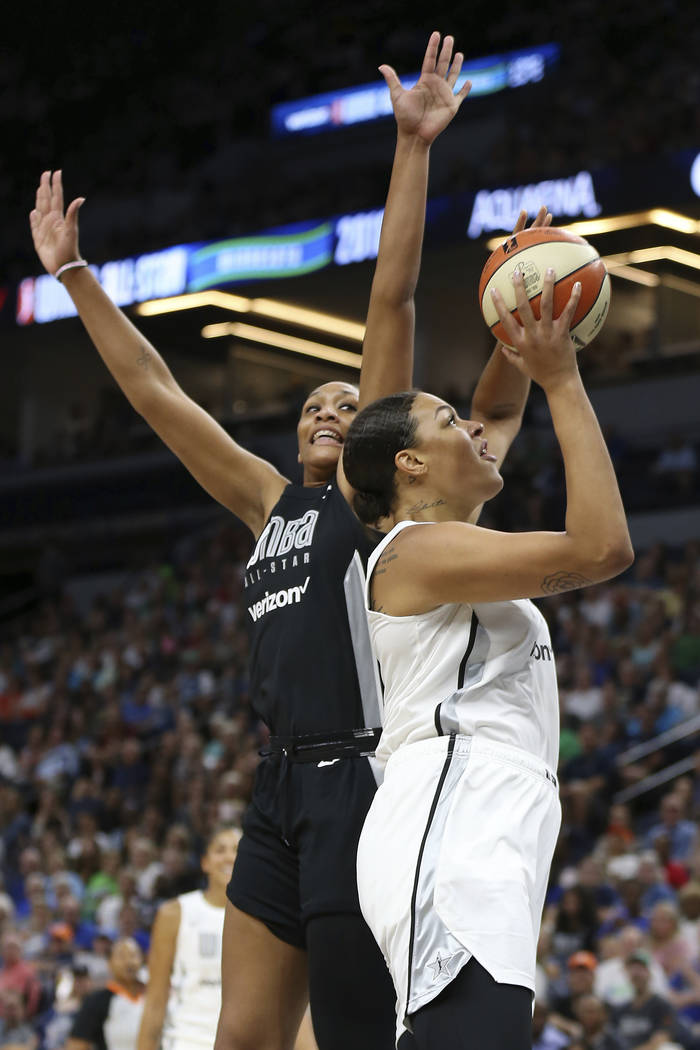 MGM Resorts International had been negotiating with the WNBA for a few years, trying to bring the league’s All-Star Game to Las Vegas.

Its acquisition of the Aces all but sealed the deal.

The 2019 WNBA All-Star Game will be played in Las Vegas on July 27, league president Lisa Borders announced at a news conference Saturday in Minneapolis before this year’s game. Mandalay Bay Events Center will host the game.

“It’s just a natural fit,” Aces coach Bill Laimbeer said in a phone interview from Minneapolis. “It was just one of those things where everybody looked at each other and said ‘Wow, this has to happen.’ We all knew it was coming. It was just a matter of finalizing the whole thing.”

MGM acquired the WNBA’s San Antonio Stars in October and rebranded the team as the Aces, who play at Mandalay Bay Events Center.

The company committed more than $10 million to revamping the arena, which opened in 1999 and had been used primarily for concerts and conventions. It seats about 10,000 for basketball, and the Aces have averaged about 5,000 per game in their first 12 home games.

“The All-Star Game has always been the ultimate celebration of the best that the WNBA has to offer,” said Lance Evans, MGM Resorts International corporate vice president of marketing-entertainment and sports.

“The Minnesota Lynx and their staff certainly set the bar extremely high this weekend. Bringing the game to the entertainment capital of the world is a natural next step in the game’s evolution, and we expect to raise that bar to make WNBA All-Star Weekend one of the premier basketball events in the world.”

McBride, who also competed in the 3-point contest at halftime, said she’s excited about the game being played in Las Vegas next year.

“I know that they’re going to do it big,” she said. “They’re going to make it more about the fans and the players, and it’ll be a cool weekend not only for the all-stars but for the entire WNBA to gather. It’s Las Vegas. People are going to want to come and have a good time.”

Added Wilson: “I know we’re going roll out the red carpet. I know it’s probably going to be one of the best all-star games ever. I’m being biased, but I don’t really care because I’m an Ace.”