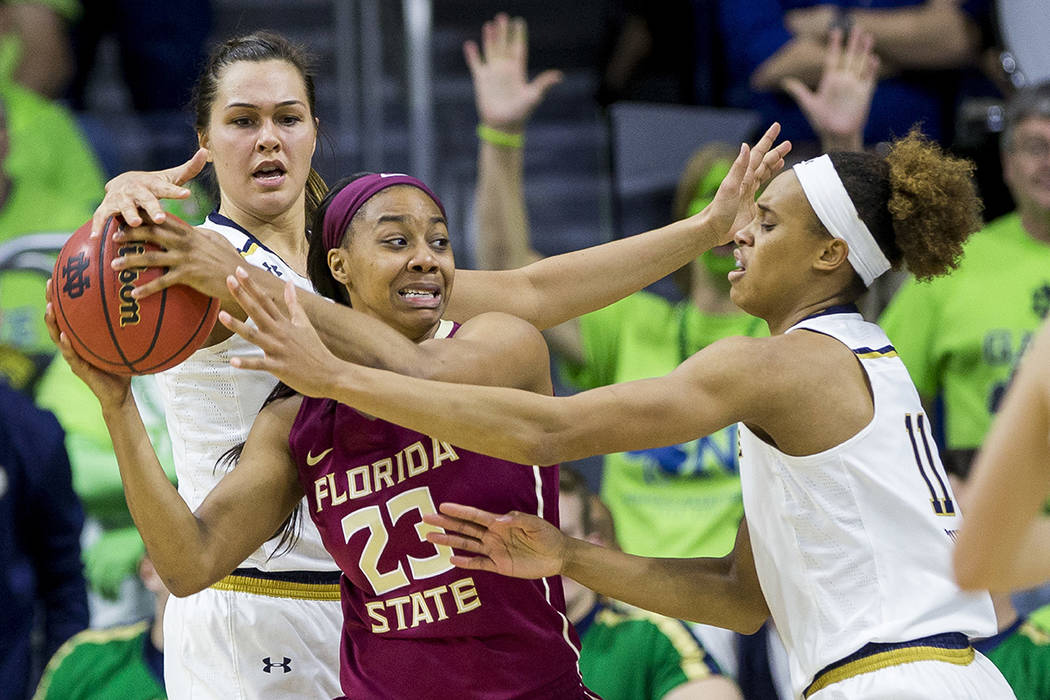 “I love to play defense. I love diving for loose balls. I love getting rebounds,” she said. “I just have that toughness about me that I don’t want anyone to score on me.”

Slaughter, who was undrafted in 2017, is relying on her defensive capabilities and her toughness in an effort to make the team’s final roster.

She made a strong impression in her preseason debut, scoring 14 points on 7-of-7 shooting to go with five rebounds and a team-high plus-minus of 29 in the Aces’ 98-63 win over the Chinese National Team on Sunday.

“I’ve always played hard,” Slaughter said. “Just going out there and giving my best on defense and offense, whatever I can do.”

Slaughter says she inherited her hard-nosed mentality from her father, Calvin, who used to remind her that coaches value defense as much as offense.

But that success didn’t help her get drafted last year, and she did not play in the WNBA last season despite a training camp invite from the New York Liberty.

“We liked her a lot,” said Laimbeer, who coached the Liberty last season. “She came in as a power forward and we looked at her and said … ‘You’re only 6-foot-2 and your thin, you’re a small forward.’ She didn’t understand that through most of training camp. She has a quality shot that last year she didn’t take … And that was her downfall last year.”

So she went to work and improved her game to meet Laimbeer’s standards.

Laimbeer, who is also president of basketball operations, signed her to a contract in February and is pleased with how she’s performed.

“She has a good streak about her where she’ll compete every minute of everything, but you have to have more skills than just being tough … I think she’s worked on enough parts of her game to give her a chance this year.”