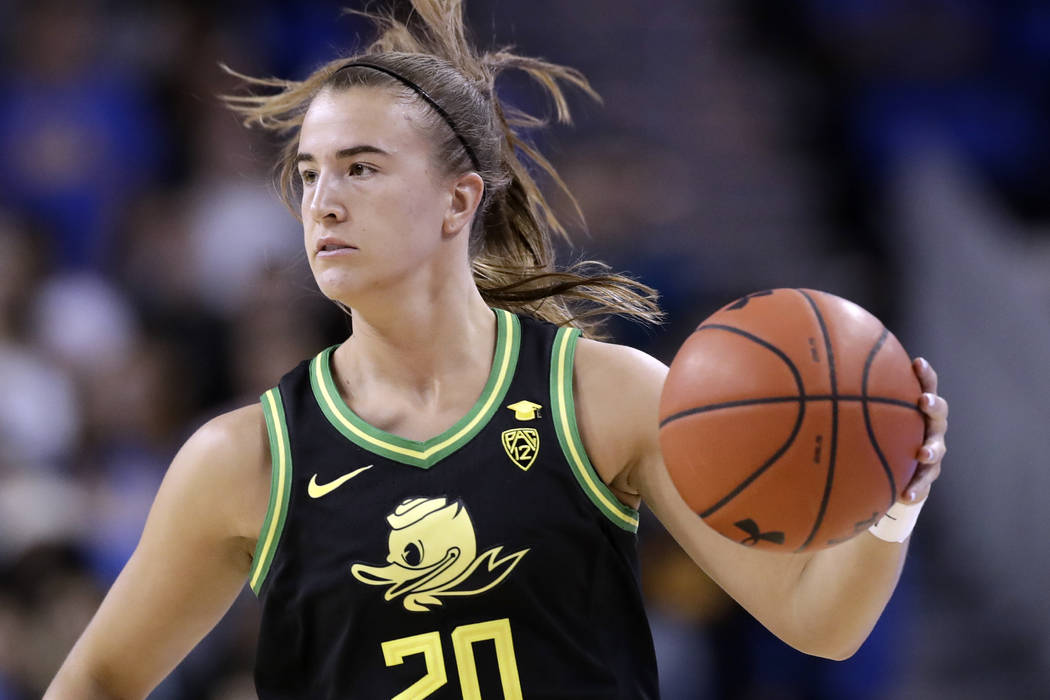 When Oregon arrived in Las Vegas for last year’s Pac-12 women’s basketball tournament, it wasn’t in a good place. To hear coach Kelly Graves tell it, the Ducks were “just kind of limping through.”

They’re feeling more confident this time around, mostly because they are healthy. They’re also on a 16-game winning streak and have won those games by an average of more than 24 points per game.

“I look at where we were last year at this time, and we had a lot of question marks,” Graves said. “This year we’re healthy, we’re confident. I think we’re hungry knowing we didn’t win it last year.”

Like last year, when Oregon fell to Stanford 64-57 in the championship game, it doesn’t figure to be an easy weekend for the Ducks. Several teams are hoping to bolster their NCAA tournament seeding and figure to have plenty of chances to do that, given the strong competition they will face.

“This has been an amazing Pac-12 season,” Arizona coach Adia Barnes said. “I think there’s so much parity in this league, by far the best 1-12 it’s ever been.”

In addition to Oregon’s No. 3 ranking in the NCAA tournament committee’s final reveal, which would make it a 1-seed, four other teams found themselves in the top 16. No. 7 Stanford, No. 8 UCLA, No. 14 Arizona and No. 15 Oregon State all enter the Pac-12 tournament in position to host the first two rounds of the NCAA tournament.

Arizona State is also ranked No. 24 in the latest Associated Press poll and was the last team to beat Oregon. The Sun Devils could have an outside shot of cracking the top 16 with a deep run this weekend.

The Ducks, led by Sabrina Ionescu, are the clear favorite to win the tournament, which will be played Thursday through Sunday at the Mandalay Bay Events Center. The championship game will tip at 5 p.m. Sunday.

Ionescu is the only player in NCAA history — male or female — to amass career totals of 2,000 points, 1,000 rebounds and 1,000 assists. She was named the Pac-12 Player of the Year for the third straight season this week.

“Sabrina having won (Player of the Year) three years in a row, you would think it’s a no-brainer,” Graves said of her standing as the conference’s best player. “But she has good competition from her own teammates as well as from a lot of really good players in this conference.”

Those players include Oregon teammate Ruthy Hebard, the Ducks’ leading scorer and rebounder with 17.5 and 9.7 per game, respectively. She makes 68 percent of her shots from the floor.

Then there’s Arizona junior forward Sam Thomas, a Centennial graduate who has halped lift the Wildcats into contention for a top 4 seed. She had 31 points in a win over Utah on February 20 and scored in double figures in seven other league games.

USC guard Endiya Rogers, UCLA guard Charisma Osborne and Stanford post Francesca Belibi are all explosive scorers who should leave the league strong after Ionescu and other top-flight seniors are gone.