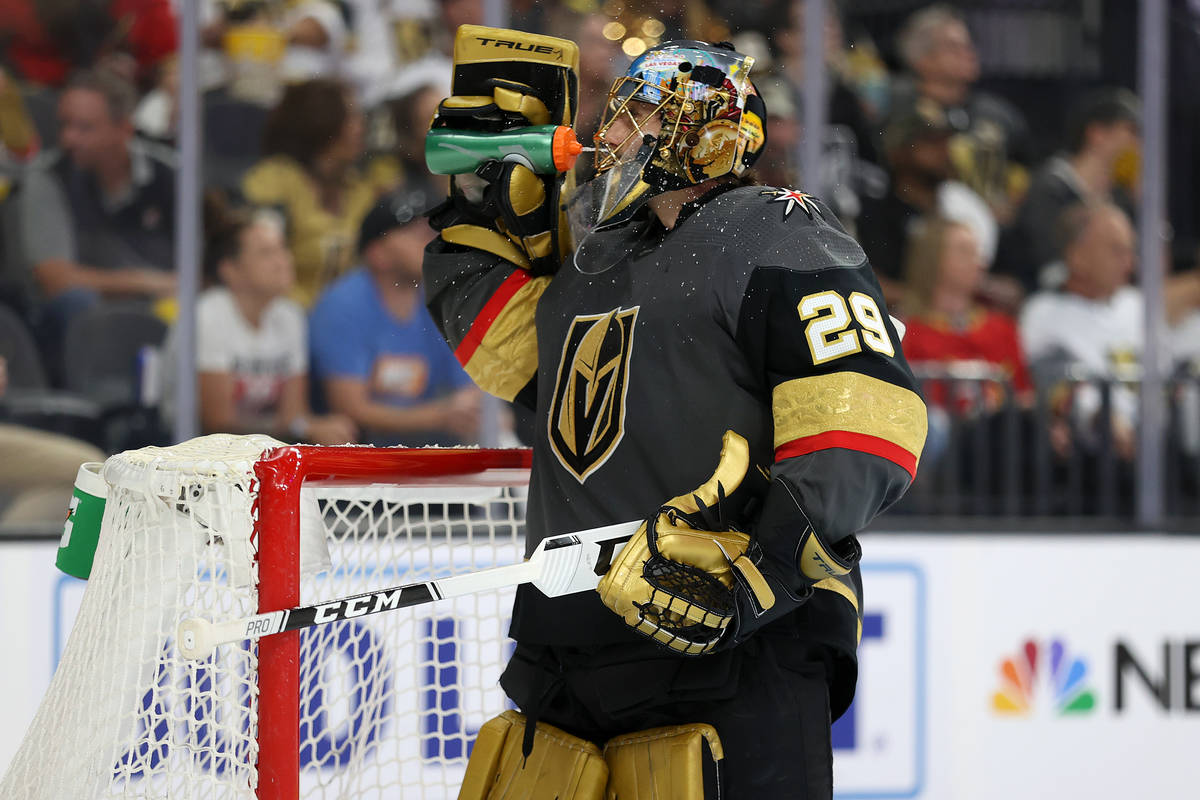 The Golden Knights chose Robin Lehner over Marc-Andre Fleury when they traded the 2021 Vezina Trophy winner to the Chicago Blackhawks.

But Las Vegas oddsmakers favor Fleury over Lehner to win the 2022 Vezina, awarded to the NHL’s best goaltender.

Fleury, who turns 37 in November, is the 10-1 second choice at Caesars Sports to win the award behind Tampa Bay’s Andrei Vasilevskiy, the +450 favorite. Lehner is tied for the eighth pick at 20-1.

“Forty is the new 30 so, physically, Fleury can probably do it,” Caesars Sports vice president of trading Nick Bogdanovich said. “But he’s on a brand new team in a brand new system, and Chicago’s been in the basement a few years and Vegas has been in first.”

Despite the odds, Bogdanovich likes Lehner’s chances playing for a Knights team that’s the +550 favorite at Caesars to win the Stanley Cup.

“One hundred percent. No doubt. He steps into a great spot,” he said. “A lot of that award is stats, but guys also have to be on a big winning team. Lehner will have a much better chance.”

“Lehner is as capable as anyone else of winning the big game, winning the Cup and winning the Vezina,” Red Rock Resort sportsbook director Chuck Esposito said. “But there’s more pressure on him this year because, for the first time, this is clearly his team. He’s going to play the bulk of the games.”

Circa Sports recently posted NHL division odds and made the Knights heavy -210 favorites to win the Pacific. The Knights are -180 at Boyd Gaming.

The Edmonton Oilers are the +470 second choice at Circa and the expansion Seattle Kraken are the 7-1 third pick (14-1 at Caesars). The rest of the teams are in double digits, with the San Jose Sharks at 70-1 and Anaheim Ducks at 270-1.

“The Knights are, by far, the best team in the Pacific Division,” Esposito said. “You can make a case that a lot of teams in the Pacific are in rebuilding mode. The Knights have the luxury of playing the expansion Kraken and the Sharks, Kings and Ducks.

“It’s hard to find a scenario in the Pacific that the Knights don’t win the division easily.”

The Colorado Avalanche are the heaviest division favorites at Circa at -300 to win the Central.