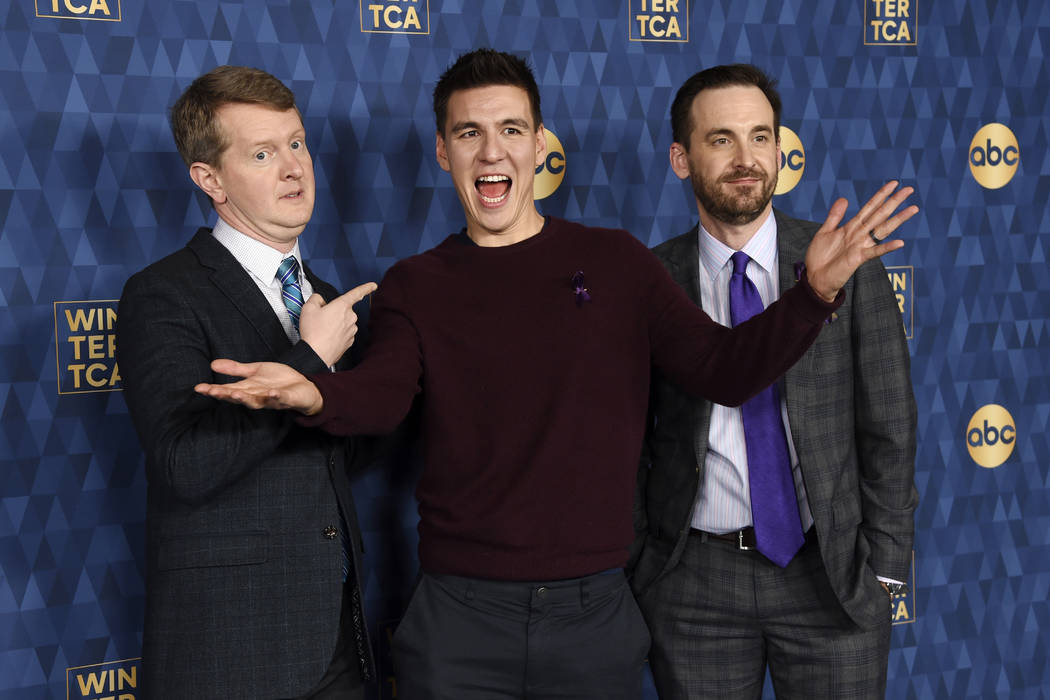 Ken Jennings is one win from being crowned the “Jeopardy!” G.O.A.T.

Jennings took a 2-1 lead over Las Vegan James Holzhauer in the “Jeopardy! The Greatest of All Time” tournament with a victory in the third match Thursday.

The game show’s three all-time leading money winners are competing in a special format for the prime-time event. Each match consists of two full games of “Jeopardy!” with the scores combined to determine the winner. The first player to win three matches wins the tournament.

Holzhauer, a professional sports bettor, had 6,492 points in the second game, when all three players missed Final Jeopardy.

Brad Rutter finished third for the third consecutive match with a total of 23,467.

The tournament continues at 8 p.m. Tuesday on KTNV-TV, Channel 13.