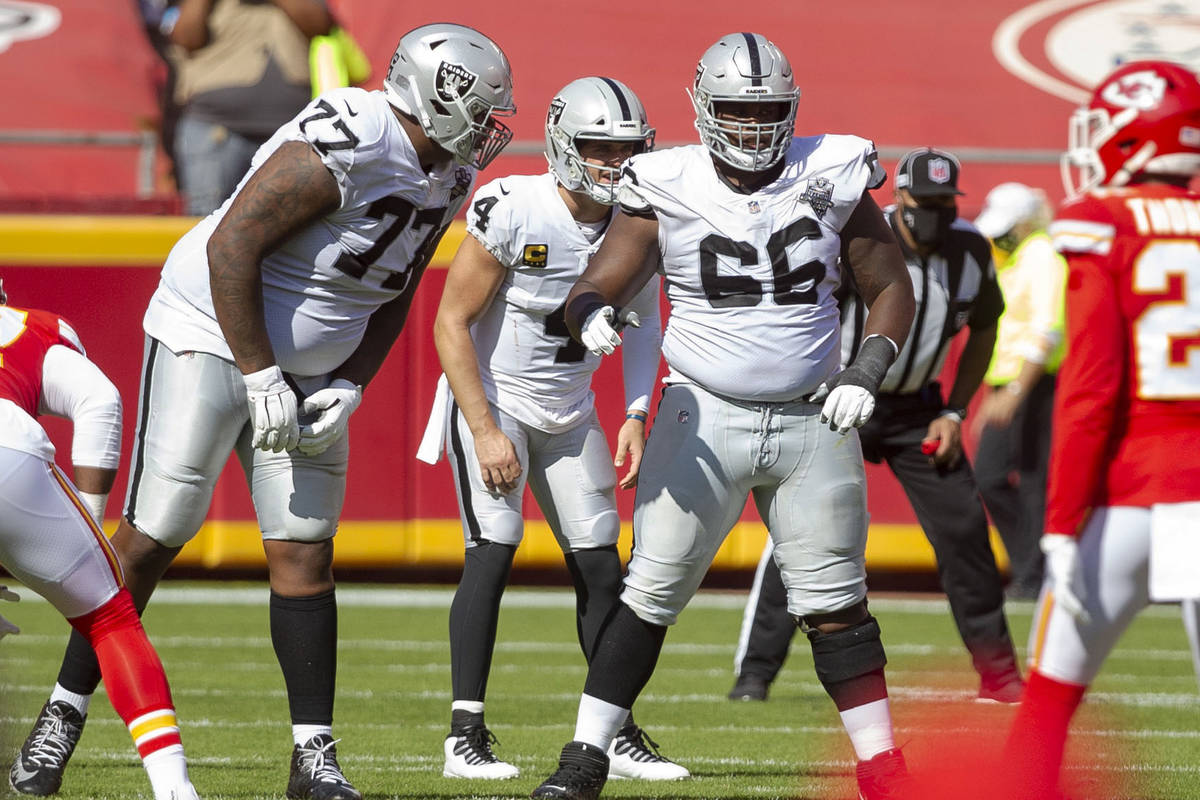 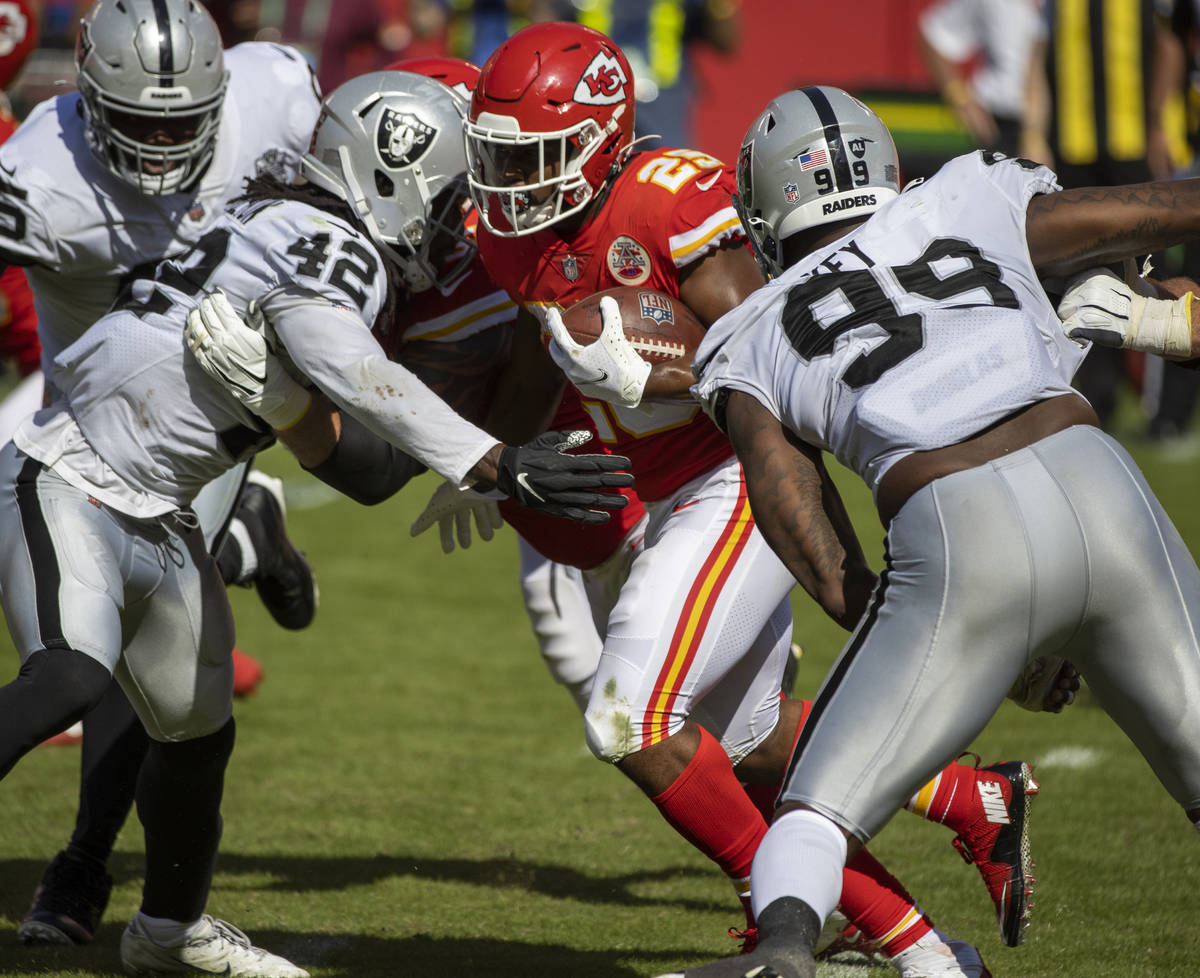 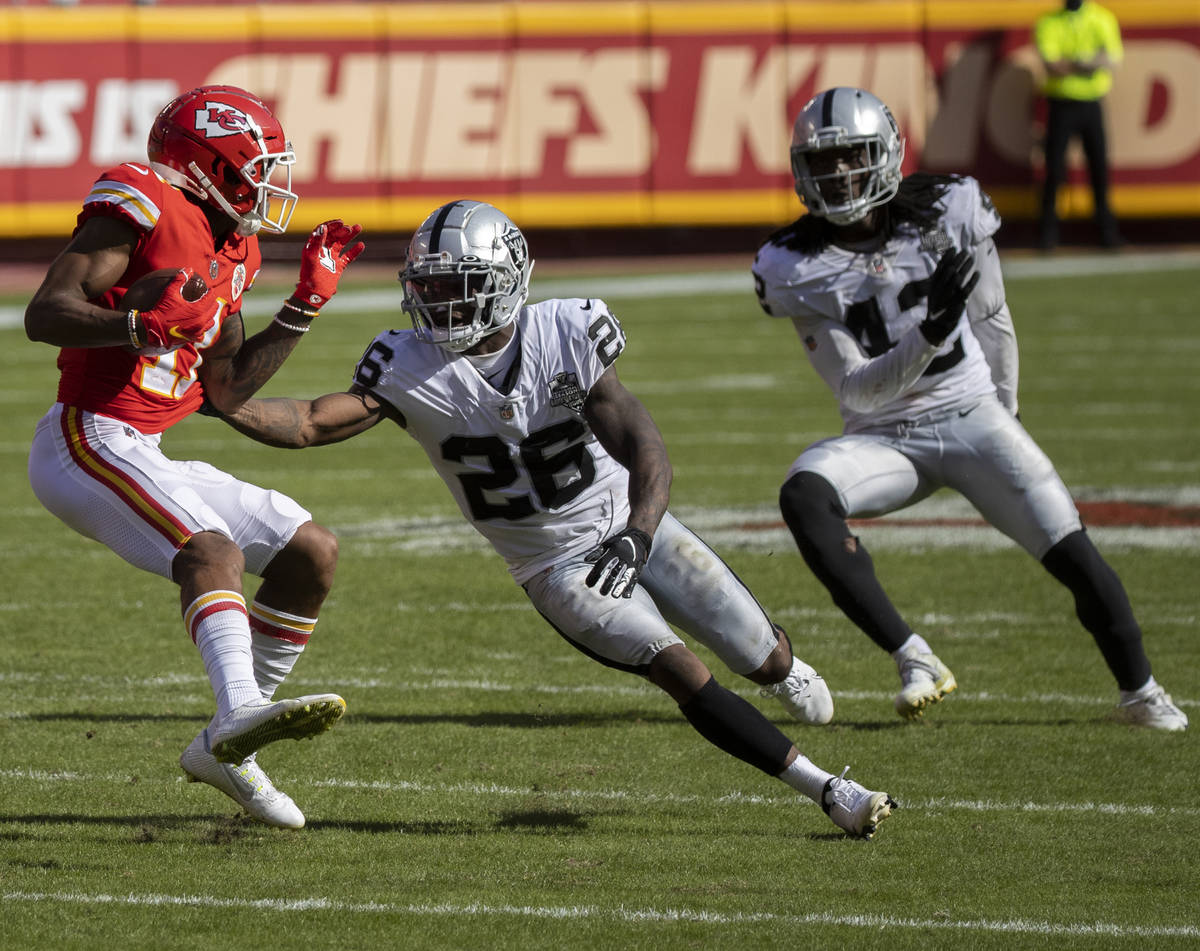 The betting line on Sunday’s Raiders game remained off the board at Las Vegas sportsbooks Friday and probably won’t return until Sunday.

Several books took Las Vegas’ game against Tampa Bay at Allegiant Stadium off the board Wednesday after the team’s entire offensive line was sent home because of coronavirus protocols. Other books followed suit Thursday morning.

The line probably will stay off the board until there’s clarification if linemen Kolton Miller, Gabe Jackson, Rodney Hudson and Denzelle Good will play Sunday.

Raiders safety Jonathan Abram won’t be eligible to rejoin the team from COVID-19 protocol in time for Sunday’s game after having close contact Tuesday with offensive lineman Trent Brown, who tested positive for COVID-19 on Tuesday.

But, barring a positive coronavirus test, Miller, Jackson, Hudson and Good will be able to rejoin the Raiders on Sunday morning before their rescheduled 1:05 p.m. start.

The Buccaneers were 3-point favorites before the line shot up as high as 4½ on Wednesday night.

“If all these guys are out, you’re probably looking at the line going to at least 7,” Westgate sportsbook vice president of risk Ed Salmons said. “If they announce that they’re all playing, it’ll probably be 4½, at a minimum.”

If the four linemen play after not practicing all week, Bogdanovich also expects the line to reopen a little higher.

The total dropped from 53½ to 52 on Wednesday and is projected to be a bit lower when it’s reposted.

“You figure the defense might have a little edge on the (offensive) line,” Bogdanovich said. “The total will be a touch lower.”

If the entire offensive line is ruled out for the Raiders, who have a 4-0-1 over-under record, Salmons said the total would be about 48.

“Maybe even less than that,” he said. “You look at these teams that miss one offensive lineman and it’s a big deal. We’ve never seen five out.”

The game opened as a pick’em on the look-ahead line at the Westgate before the Buccaneers (4-2) blew out the Packers 38-10 on Sunday.

When the line reopened at 3, Salmons thought the Raiders (3-2) were a good bet coming off their bye and 40-32 road upset of the Chiefs.

The early action was on Tampa Bay at William Hill.

“They looked so good last week,” Bogdanovich said. “It would’ve been interesting to see how it would’ve shaked out in a normal betting week. People love betting teams coming off a bye, and the Raiders just beat the Super Bowl champs. Tampa is coming off the biggest win it could have. It’s two worlds colliding.

”I would’ve liked to see where the majority of the money came without any goofiness involved.”