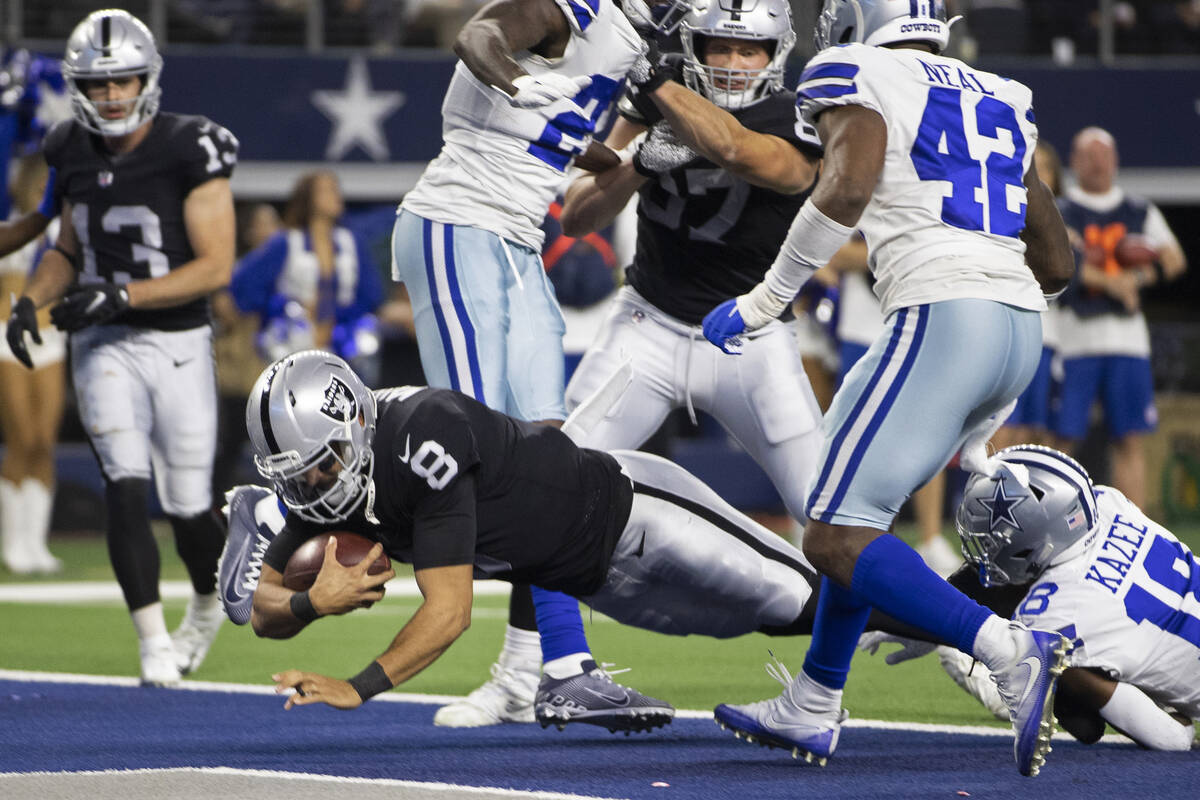 Washington was the most popular preseason pick to win its division and the second-largest Super Bowl liability at the Westgate SuperBook.

Bettors were banking on the Football Team’s defense to carry it to the top of the NFC East and beyond.

After a 2-6 start, Washington’s defense has finally played up to expectations, allowing 18.3 points per game during a three-game win and cover streak.

Sharp bettors expect the Football Team to cover its fourth straight game Sunday against the Raiders at Allegiant Stadium.

Circa Sports took a sharp bet on Washington +2½, and the consensus line, which opened at Raiders -3, is down to -1½ at Las Vegas sportsbooks. The line is 1 at Circa.

The Raiders (6-5, 5-6 ATS) have had extra time to prepare after outlasting the Cowboys 36-33 in overtime on Thanksgiving. The Football Team (5-6, 4-7 ATS) is working on a short week after beating the Seahawks 17-15 on “Monday Night Football.”

But the Raiders, who snapped a three-game losing streak at Dallas, are expected to be without star tight end Darren Waller, who is doubtful with a knee injury.

“Waller’s not playing, and Washington is playing really well right now. It figures to be a close game,” SuperBook vice president of risk Ed Salmons said. “It’s a tough spot for the Raiders. They’re banged up after that Cowboys game. Washington is playing its best football of the year, and the defense is finally playing well.

“They’ve turned it around, and they’re really running the football well now with (Antonio) Gibson. It’s going to be a tough game.”

The Raiders are 0-3 ATS as favorites this season and 1-4 ATS in their past five home games. They’ve allowed 35.3 points per game in their past three games overall.

The betting public is backing the Raiders at Station Casinos, where 73 percent of the tickets are on the home team.

“It’s a little surprising to me that the number has come down. I really thought it would go back up,” Red Rock Resort sportsbook director Chuck Esposito said. “The ticket count clearly favors the Raiders. It’s the first time in three weeks that we’ve seen the public, from a ticket count perspective, jump back on the Raiders.

“But the larger bets have come in on Washington. The Raiders did beat the Cowboys and have had extra time to prepare and are back home. But knowing Waller is banged up impacts it.”

The total is 49½. The Raiders have gone over in four of their past six games, and Washington is on a 5-1 under streak.

The road team has covered six of the past seven meetings in the series.