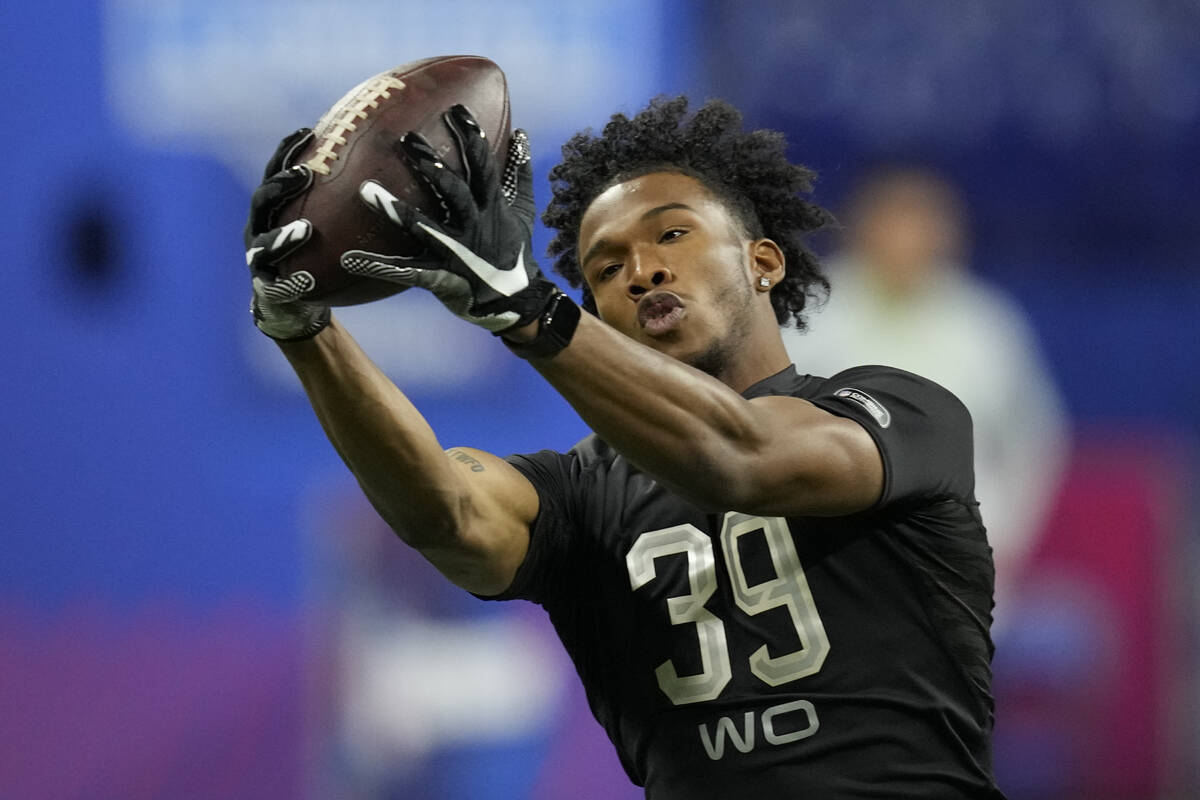 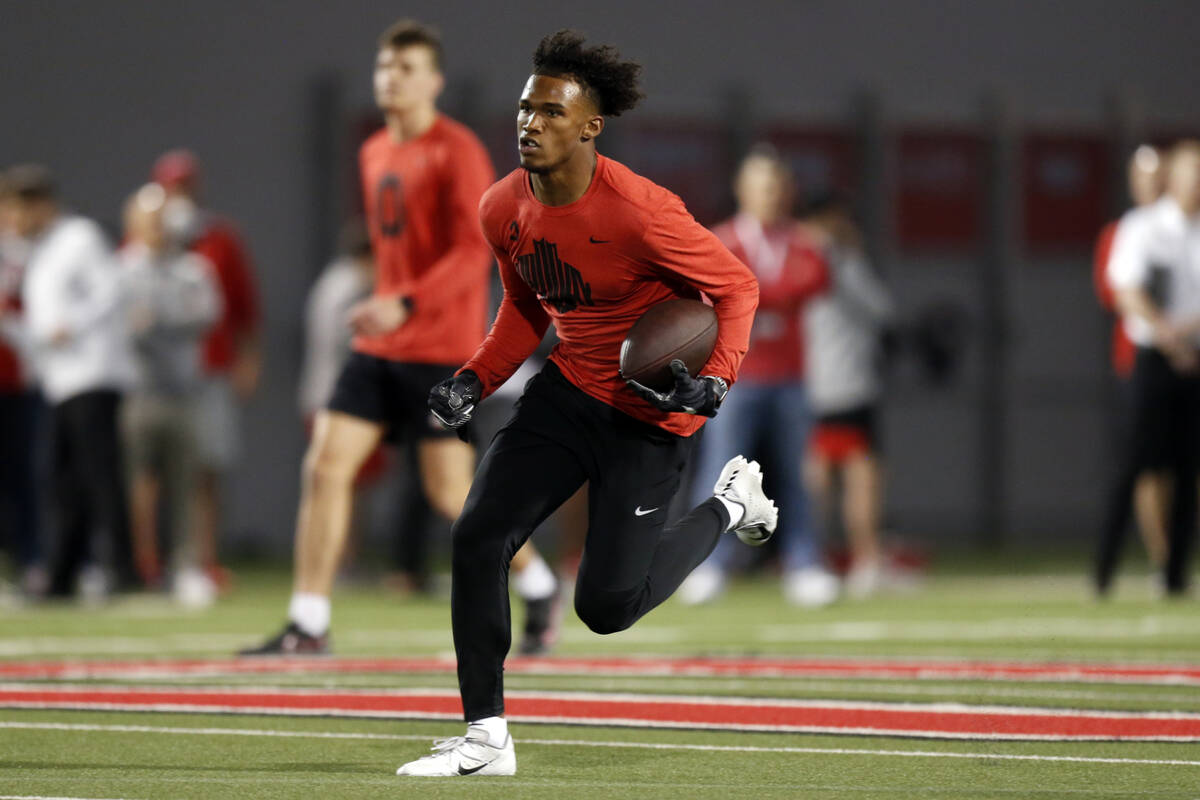 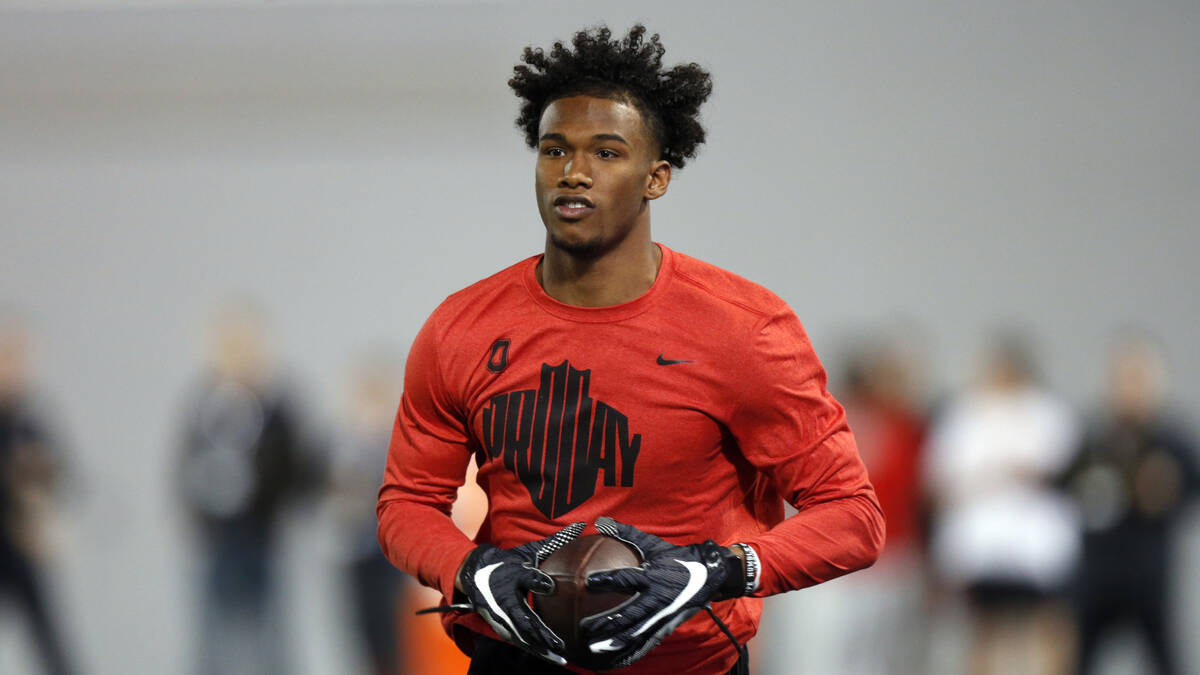 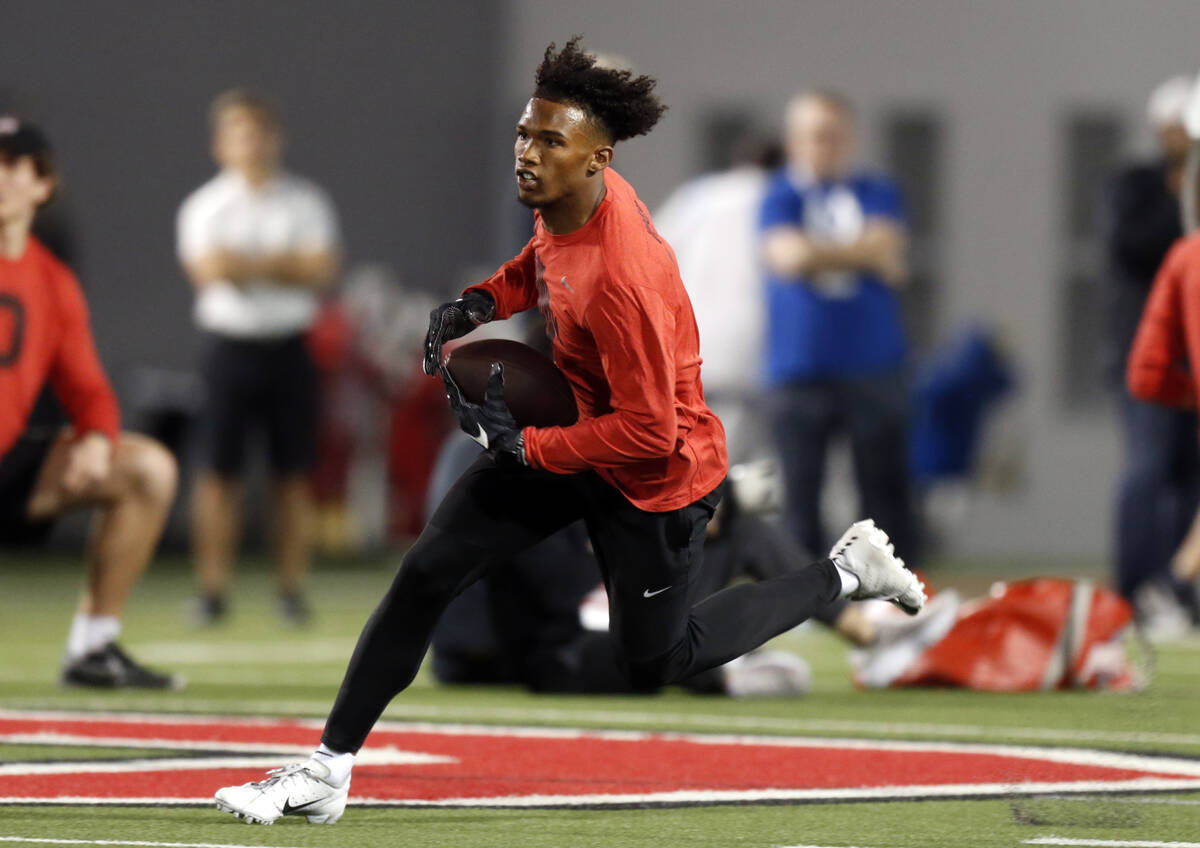 In a loaded NFL draft class for wide receivers, sharp bettors are banking on Garrett Wilson to be the first one selected.

The Ohio State wideout is the odds-on -200 favorite at BetMGM to be the first pass catcher picked.

“Some sharp money came in on him a few days ago and quite a bit more came in on Sunday,” MGM Resorts director of trading Jeff Stoneback said. “He opened up +130.”

Wilson is the even-money favorite at Caesars Sportsbook to be the first receiver drafted. Alabama’s Jameson Williams is the 2-1 second choice, and Southern California’s Drake London is the +250 third pick.

Wilson is a -120 favorite to go under his draft position over-under of 9½ at the Westgate SuperBook, and he’s the most popular under play in tickets and money wagered at Caesars, where he’s -110 to go under 9½.

“For me, the most intriguing position in this year’s draft is clearly wide receiver,” Red Rock Resort sportsbook director Chuck Esposito said. “The movement of guys like Tyreek Hill and Davante Adams shows how teams are viewing wide receivers in the draft now.

“The last couple of years, young wideouts like Justin Jefferson and Ja’Marr Chase have come into the league and been game changers. Wide receiver is now arguably one of the top positions in the draft. Teams are looking for that next dynamic playmaker in a league that has become so pass happy.”

The over-under total of receivers drafted in the first round is six at Station Casinos. The over is a -190 favorite after sitting at -140 last week.

“I think there’s a real shot that you see seven,” Esposito said.

Circa Sports lists Georgia wideout George Pickens at 39½ (Under -155) and North Dakota State receiver Christian Watson at 40½ (Under -115).

“Dotson and Watson are both kind of six and seven and could sneak into the first round,” Esposito said. “Those seven are a real shot.”

The deadline for wagering on the NFL draft at Nevada sportsbooks is 5 p.m. Wednesday, 24 hours before the start of the event.

Caesars has props on the position of the first draft pick for several teams, including the Raiders.

Quarterback and kicker/punter/long snapper are each 100-1.

Defensive line/edge, wide receiver/tight end, cornerback and quarterback are the +550 co-favorites. Running back/fullback, offensive lineman and linebacker are each 6-1. Safety is 8-1, and kicker/punter/long snapper is 20-1.

Tampa Bay kicker Ryan Succop was the 2009 Mr. Irrelevant by virtue of being selected by Kansas City with the final pick of the draft. Succop became the first Mr. Irrelevant to play and win a Super Bowl as a starter when the Buccaneers beat the Chiefs 31-9 in the 2021 Super Bowl.