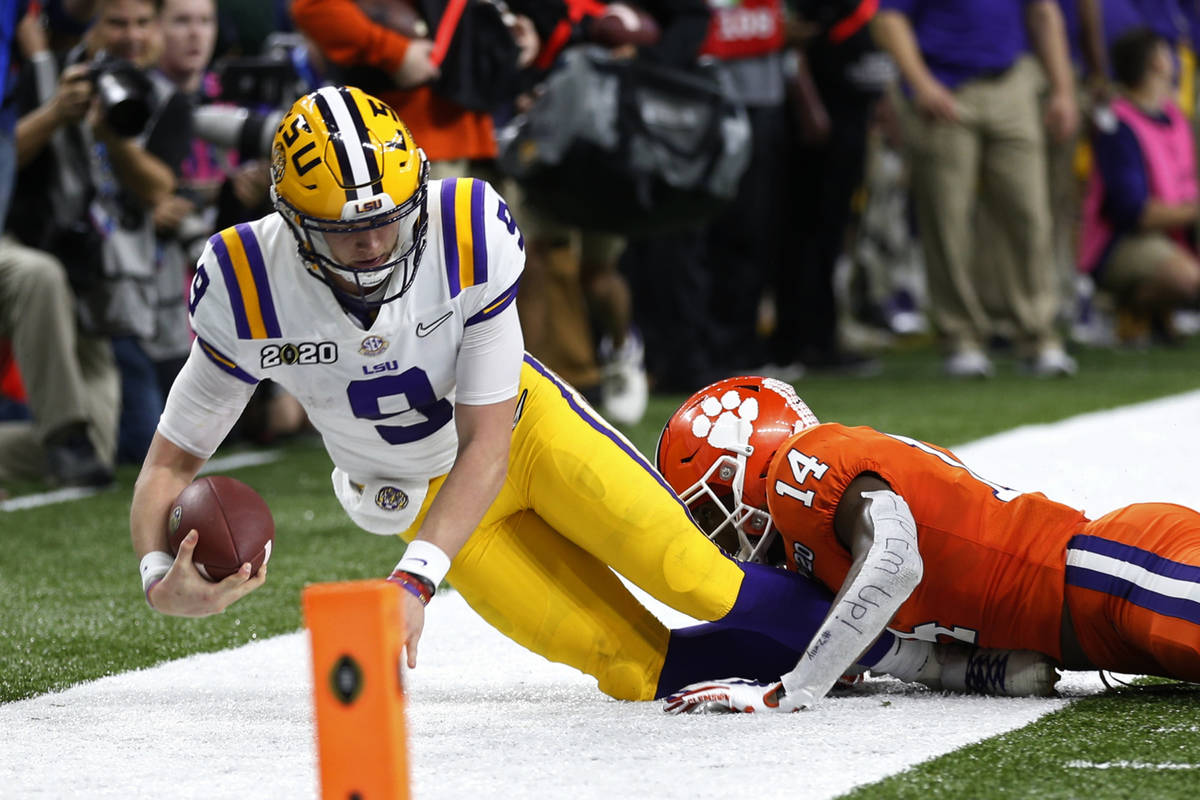 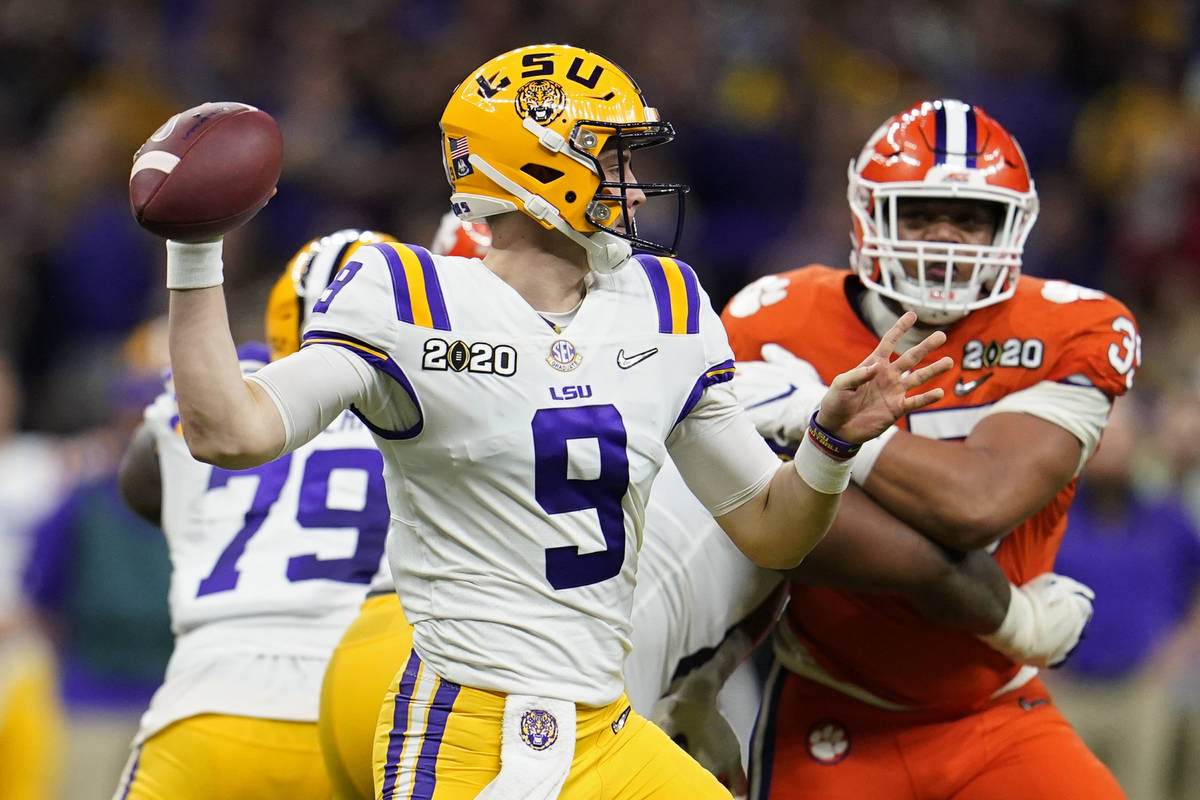 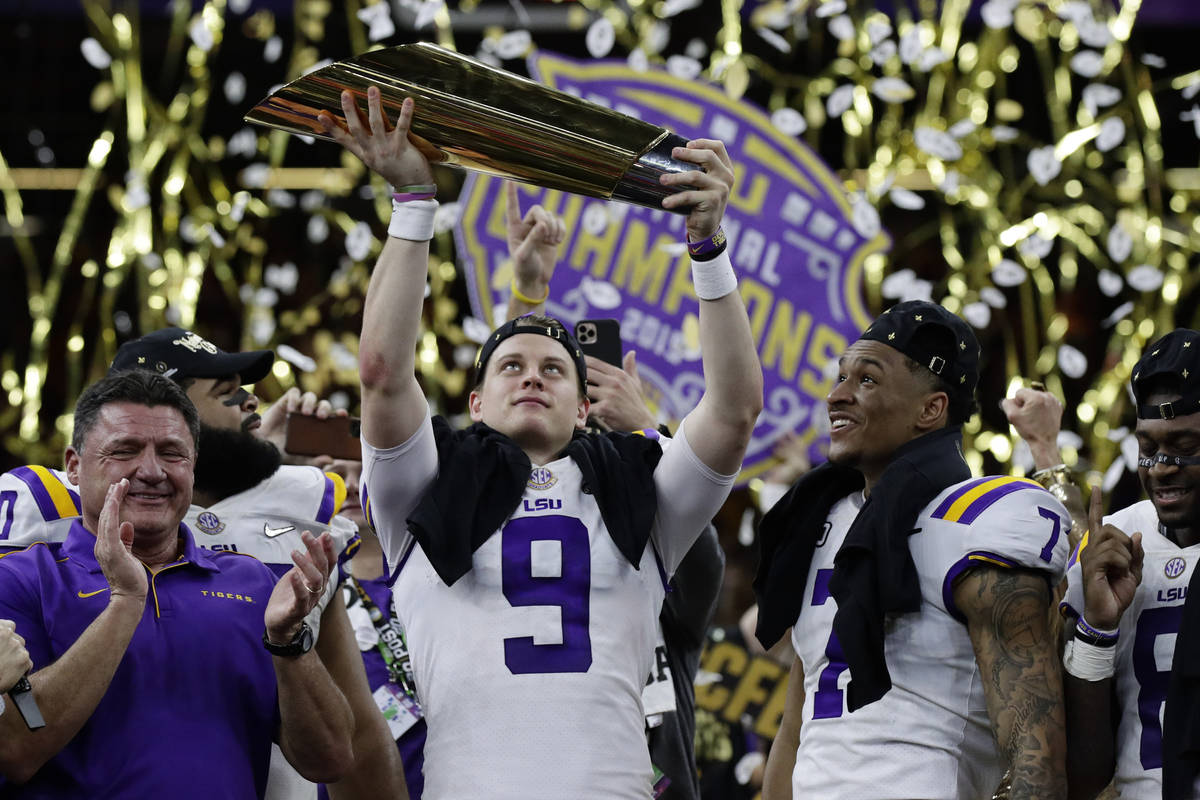 But those numbers might be cut almost in half if the college football season is canceled.

The Mountain West on Monday became the second conference in the Football Bowl Subdivision to postpone its fall season because of the coronavirus pandemic and hopes to salvage the season in the spring.

The Mid-American Conference postponed its fall season Saturday, and the Detroit Free Press reported that the Big Ten fall season would be canceled Tuesday.

“The real question is are they postponing it or canceling it? Because if they postpone it until the spring, I don’t think it will be that bad for us,” Westgate sportsbook director John Murray said. “As long as we got college football in the spring, theoretically we’d get our handle back in the spring. That wouldn’t be disastrous.

“But if they outright cancel it like March Madness, that will be very, very bad. That was really a blow to us, to just lose the NCAA Tournament and never get it back.”

The Nevada Gaming Control Board doesn’t separate college football and NFL betting numbers. But GCB senior research analyst Michael Lawton said in an email that “we have been told anecdotally that college football wagers account for approximately 40 percent of total football write.”

Using that barometer and last year’s numbers, that would mean the state’s books would miss out on about $50 million in profits if college football was canceled.

“College football is every bit as much as the NFL because they have so many more games,” William Hill sportsbook director Nick Bogdanovich said.

Likewise, Murray said Saturday is the Westgate’s busiest day of the week during football season.

“Obviously, the NFL playoffs and Super Bowl are so huge that at the end of the year, NFL is king, for sure,” he said. “But on a standard week during the regular season, we actually have a higher handle on Saturday than Sunday. There’s usually more stuff going on outside of football on Saturday.”

If the entire fall college season is canceled, Murray expects the NFL to help fill the Saturday void.

“I doubt the NFL is going to sit idly by and let there be no football games on Saturday and play 10 games Sunday at 10 a.m.,” he said. “They’ll move games to Saturday and have doubleheaders or tripleheaders. The ratings will be huge, and the betting handle will be huge.”

The Westgate wrote rules on its college football futures that the season must be completed by August 2021 for action on conference title odds, national championship odds and College Football Playoff odds, which are only good for a four-team playoff.

Rules vary by each sportsbook.