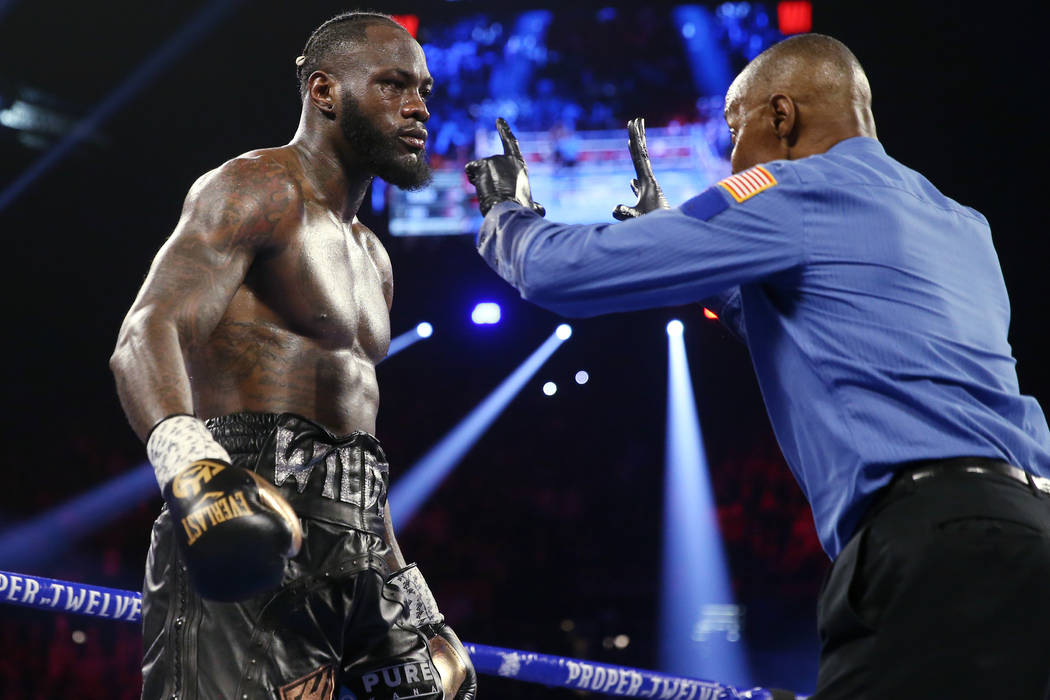 Deontay Wilder gets a count after getting knocked down by Tyson Fury in round 3 of the WBC world heavyweight championship bout at the MGM Grand Garden Arena in Las Vegas, Saturday, Feb. 22, 2020. Fury won by way of knockout in the sixth round. (Erik Verduzco / Las Vegas Review-Journal) @Erik_Verduzco

Former WBC champion heavyweight Deontay Wilder plans to exercise his contractual rematch clause and fight Tyson Fury a third time, according to a report from Yahoo Sports. Wilder was stopped in the seventh round of their title fight on Saturday after his co-trainer Mark Breland threw a towel into the ring during the the seventh round.

Wilder said Breland will not be a part of his camp moving forward.

“I am upset with Mark for the simple fact that we’ve talked about this many times and it’s not emotional,” Wilder told Yahoo Sports. “It is not an emotional thing, it’s a principle thing. We’ve talked about this situation many, many years before this even happened. I said as a warrior, as a champion, as a leader, as a ruler, I want to go out on my shield.”