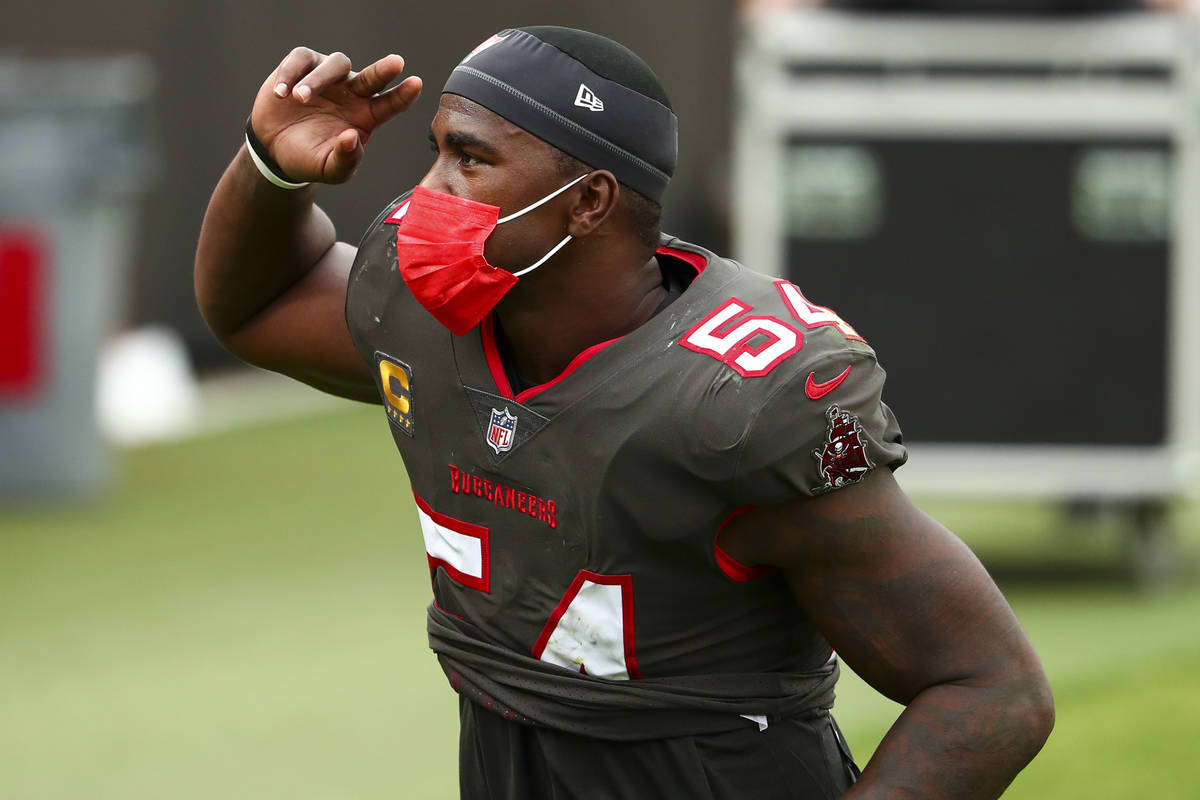 The Buccaneers are far more focused on preparing for Sunday’s NFC Championship Game against the Packers than concerning themselves with the decorating going on at their home stadium just a long touchdown pass away from their practice field.

Raymond James Stadium, which will host the Super Bowl on Feb. 7, is in the process of being prepped for America’s largest sporting event, a game the Buccaneers can find themselves playing in should they score an upset in Green Bay on Sunday.

It would be the first time a team qualified for a Super Bowl in its own stadium.

“We don’t play that game this week,” coach Bruce Arians said on a Wednesday videoconference. “That’s the message to everybody. We play the Packers in the NFC Championship Game. If you start thinking about the Super Bowl, you get beat and you’ll be packing your bags on Monday.”

It’s been awhile since Tampa Bay found itself this close to such a lofty goal. The Buccaneers hadn’t been to the postseason since 2007 and hadn’t won a playoff game since 2002 before scoring road wins over Washington and New Orleans the last two weeks.

David has been there through those tough times. The former first-team All-Pro was a second-round pick of the Bucs in 2012 and has been a part of just one winning team in nearly a decade as a starter.

David admits he noticed some of the Super Bowl signage on his route to the airport before the team’s flight to Washington two weeks ago, but he has tried to avoid thinking much about the possibility of playing in the game in the same stadium in which he has endured so much losing.

“I’m taking it all in,” he admitted. “It’s hard to get here. It took me nine years to get to this point, so I’m going to enjoy the moment while doing what I’m supposed to do to help me get a little further. … Just trying to stay on task.”

Teammate Mike Evans is in a similar situation, having spent his entire career in a Bucs’ uniform as well.

The 2014 first-round pick said he is proud of the way the core players have stayed together through the difficult times. It has made the success even more rewarding.

“We didn’t take the easy way out,” he said. “Guys didn’t demand trades. … We’ve seen some bad days and we’re happy to be in the position we are now.”

Of course, the team’s quarterback is no stranger to success. Tom Brady won six Super Bowls with the Patriots before signing with Tampa Bay last offseason and helping the Bucs find immediate success.

“I think the team has worked really hard to put ourselves in this position,” he said. “It gives us a great opportunity to go on the road again to beat one of the great football teams in the league. That’s how it should be – the two best teams in the conference should be getting together and seeing how it all goes down.”

The Bucs have a chance to win a third straight road game when they play the Packers at Lambeau Field at 12:05 p.m. on Sunday.

A win would give them one more home game on Feb. 7.