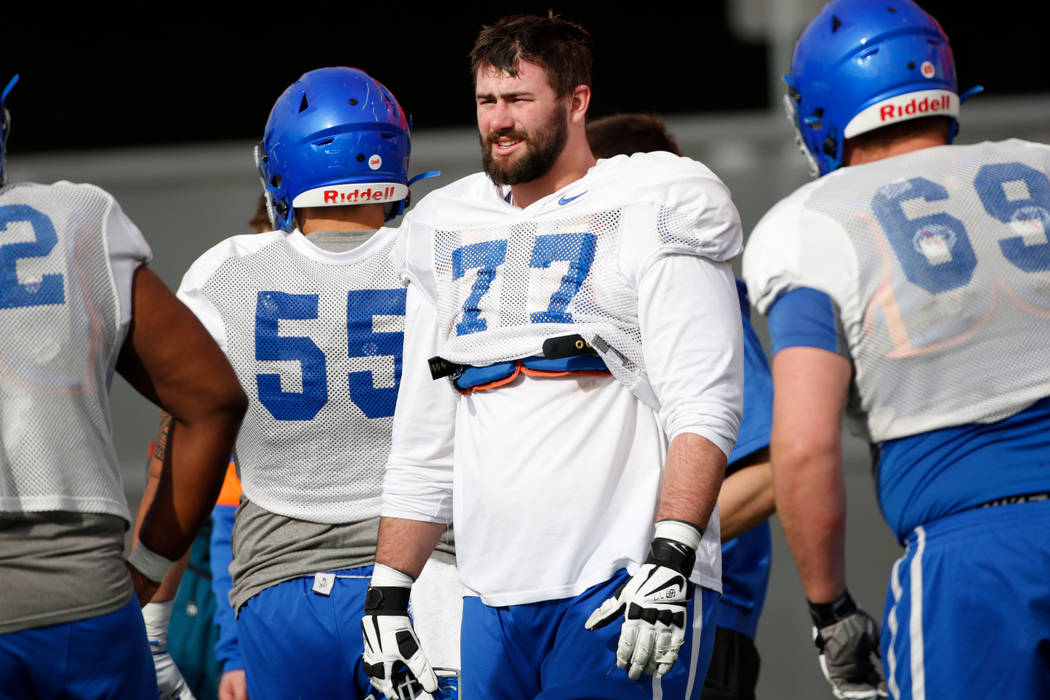 Boise State senior left guard John Molchon gets to finish his college career in his hometown.

Molchon, who went to Faith Lutheran High School, is a two-time first-team All-Mountain West player. He and the rest of the No. 18 Broncos will try to finish the season strong against Washington in the Las Vegas Bowl on Saturday at Sam Boyd Stadium.

“I’m excited,” he said. “I think it’s going to be a great challenge. It’s something I’m really looking forward to.”

Each player receives six tickets to distribute, and Molchon has traded with teammates to accommodate the large contingent of family and friends who want to attend the game.

The Broncos had hoped to make a New Year’s Six game, but the Mountain West champions just missed out. For Molchon, being in Las Vegas is not a bad second choice.

“Honestly, I’m grateful for playing in this bowl game,” he said. “I think it’s going to be fun.”

No. 2 significant to Washington

Huskies senior Aaron Fuller switched from jersey No. 12 to No. 2 last season, even though the latter has been retired in Washington in honor of College Football Hall of Famer Chuck Carroll.

The running back, who was a consensus All-American in 1928, later became the King County prosecuting Attorney in the Seattle area from 1949-71. He died in 2003. The school decided to award his No. 2 to a player who “reflects the values of excellence and determination that Carroll was known for” in 2018. Fuller was given the honor by coach Chris Petersen.

“It’s very significant,” said Fuller, who has 54 catches for 673 yards. “It was retired by one of the best players in Washington’s history. Not only on the field but off the field, the things he’s done in the community are very impactful. It’s pretty cool to have the head coach coming up to you and asking you if you’ll wear the number and carry that legacy.”

The Huskies have defended 409 rushing attempts, tied for the 20th-fewest in the country. Boise State has run the ball 507 times, tied for the 37th-most.

“Their run game is really good,” Washington senior linebacker Brandon Wellington said. “We haven’t seen that much run this year so that’s going to be a big factor.”