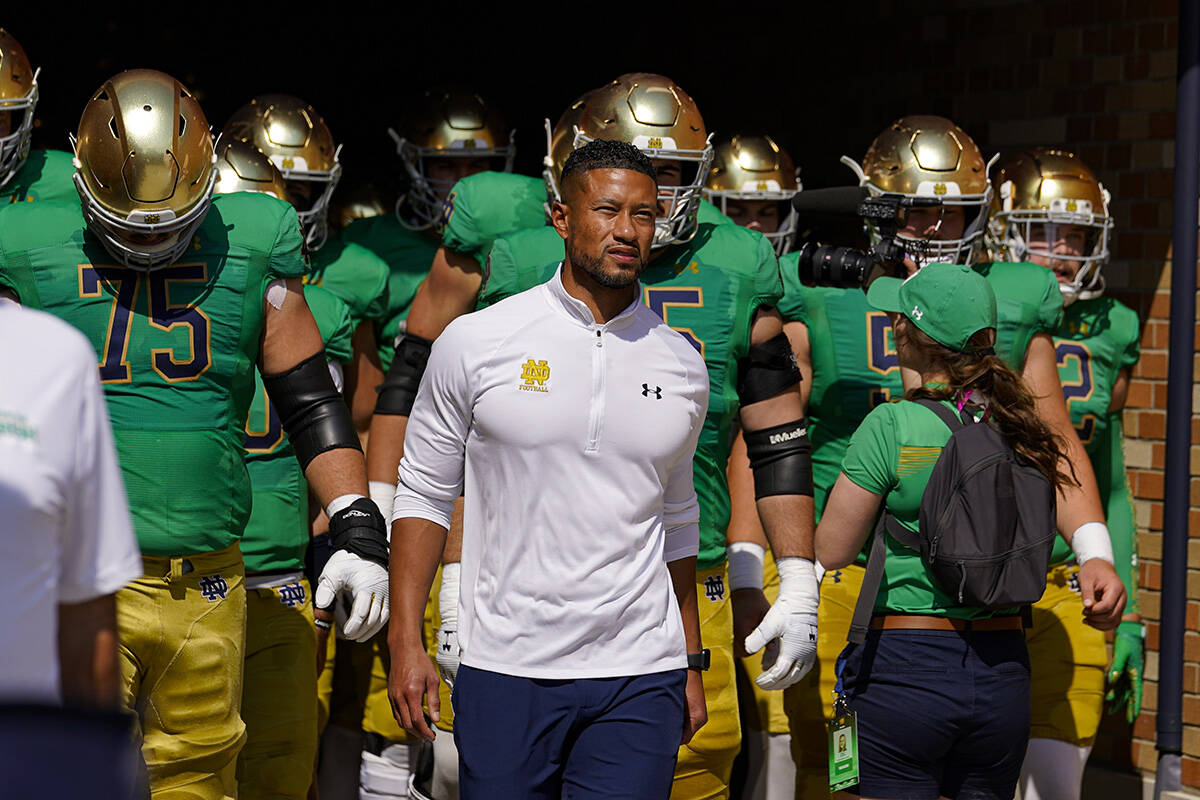 Notre Dame head coach Marcus Freeman leads his team through the tunnel and to the field before an NCAA college football game between Notre Dame and California in South Bend, Ind., Saturday, Sept. 17, 2022. (AP Photo/Michael Conroy) 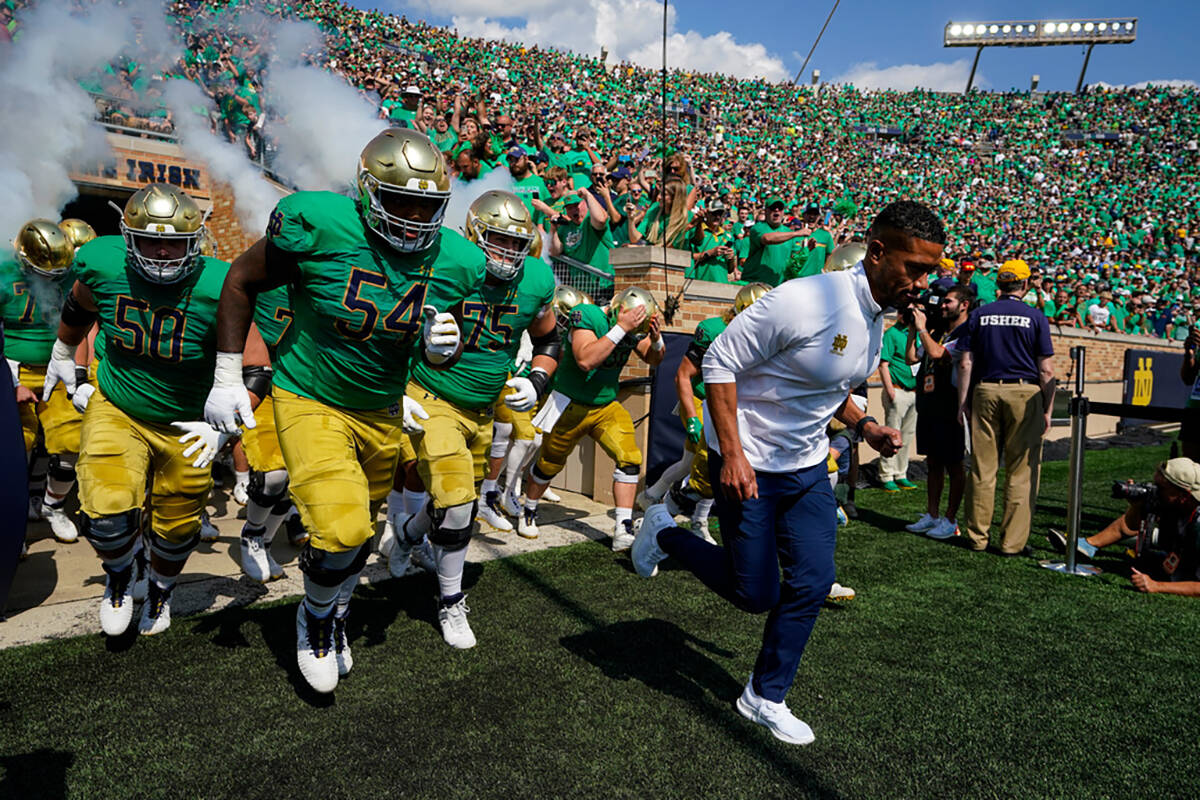 Notre Dame head coach Marcus Freeman leads his team through the tunnel and to the field before an NCAA college football game between Notre Dame and California in South Bend, Ind., Saturday, Sept. 17, 2022. (AP Photo/Michael Conroy)

“I’ll be doing bed check at 8:30 p.m. Pacific Time on Friday night,” he said in reference to the lure of the nightlife scene in Las Vegas.

The Shamrock Series is Notre Dame’s one neutral site game. The tradition started in 2009, when the Fighting Irish played Washington State at the Alamodome in San Antonio. Past locations have included Yankee Stadium in New York City, AT&T Stadium in Arlington, Texas, and Fenway Park in Boston.

“The Shamrock Series is what makes Notre Dame unique,” Freeman said. “It’s one of our distinctions, and the chance to go and play a home game in Las Vegas is an extremely exciting opportunity versus a really good opponent. We’re looking forward to it.”

The Irish (2-2) are coming off a shaky start to the season. A tough defeat against No. 3 Ohio State in the opener was followed by a 26-21 upset loss to Marshall in South Bend, Indiana. Notre Dame then squeezed past California and routed North Carolina in Chapel Hill before entering a bye week.

Freeman said the bye was a good opportunity for his team and coaching staff to refresh after a whirlwind first four weeks. He’s also excited for his first Shamrock Series game as the team’s coach.

Freeman arrived as the team’s defensive coordinator from Cincinnati in 2021 and then took over after former coach Brian Kelly departed South Bend to take the Louisiana State job.

Notre Dame beat Wisconsin 41-13 at Soldier Field in Chicago in the 2021 Shamrock Series game, giving Freeman his first taste of the event. He said the experience taught him to enjoy the spectacle, but he also believes maintaining the same approach for this game is key to making sure the Irish maintain their strong Shamrock Series record.

“We’re going to get there and be very strategic in what we do,” he said.

Freeman said the team won’t be in Las Vegas long enough to see the city and partake in the environment. He wants his players to see Allegiant Stadium before the game but wants the team to continue observing its normal pregame preparations.

The early bedtime comes, at least in part, from Freeman’s attempts to help his team get used to the three-hour time difference between Indiana’s Eastern Standard time and Las Vegas’ Pacific Standard Time.

The Irish will need their rest against BYU, too. Freeman was complimentary of the Cougars (4-1), praising their veteran core. The Notre Dame coach also expects a large contingent of BYU fans, even though the Irish are technically the home team.

“We’ve got our work cut out for us,” Freeman said, “so our guys will be motivated.” 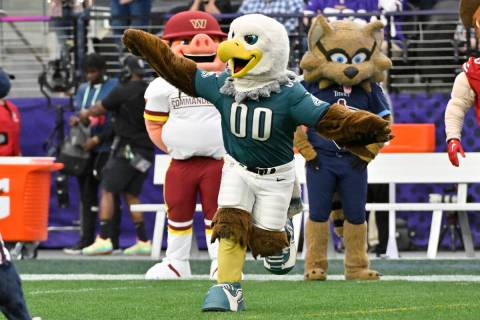