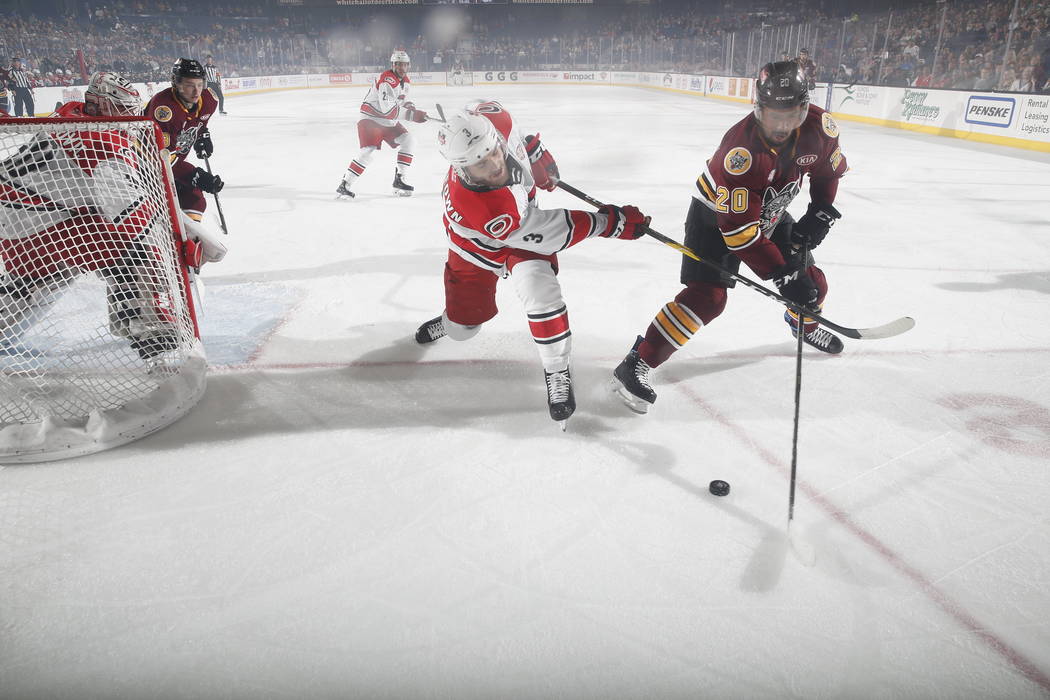 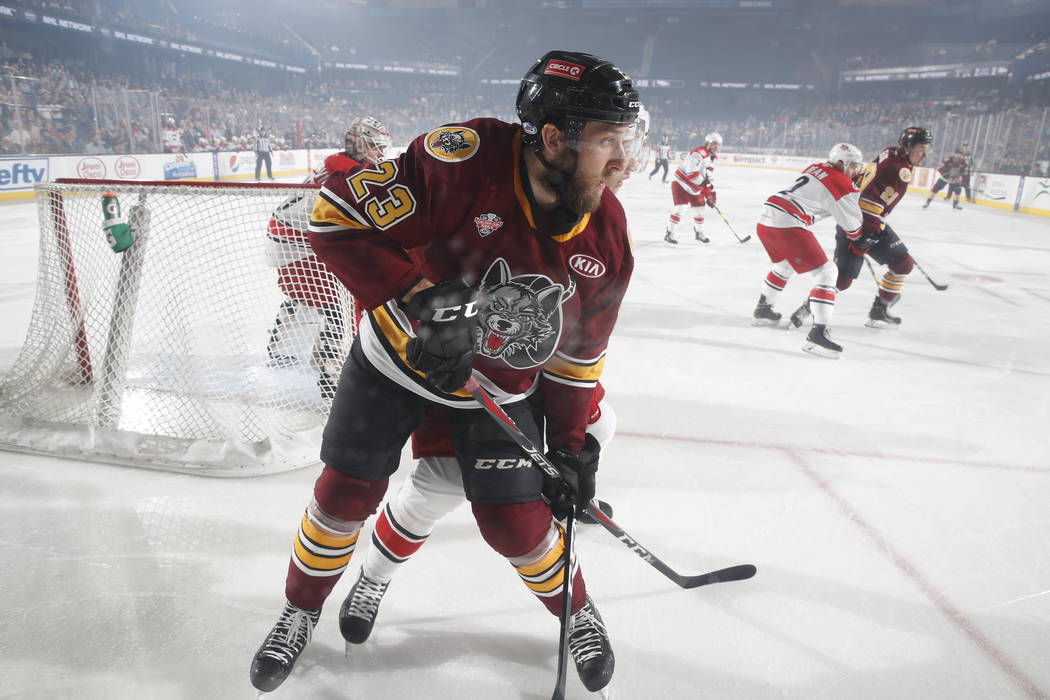 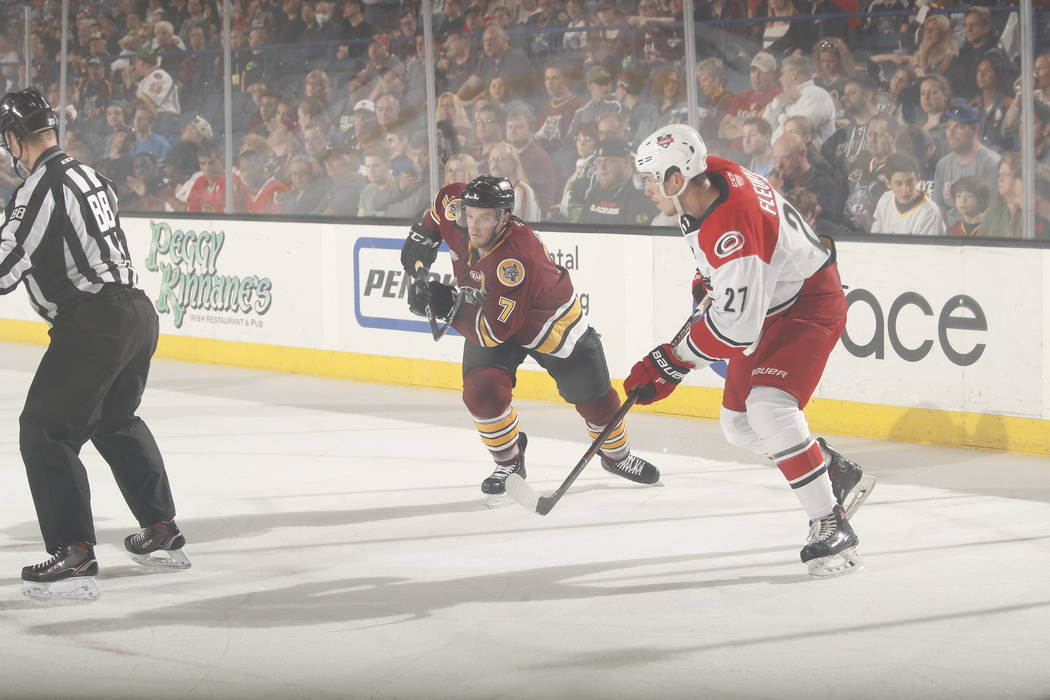 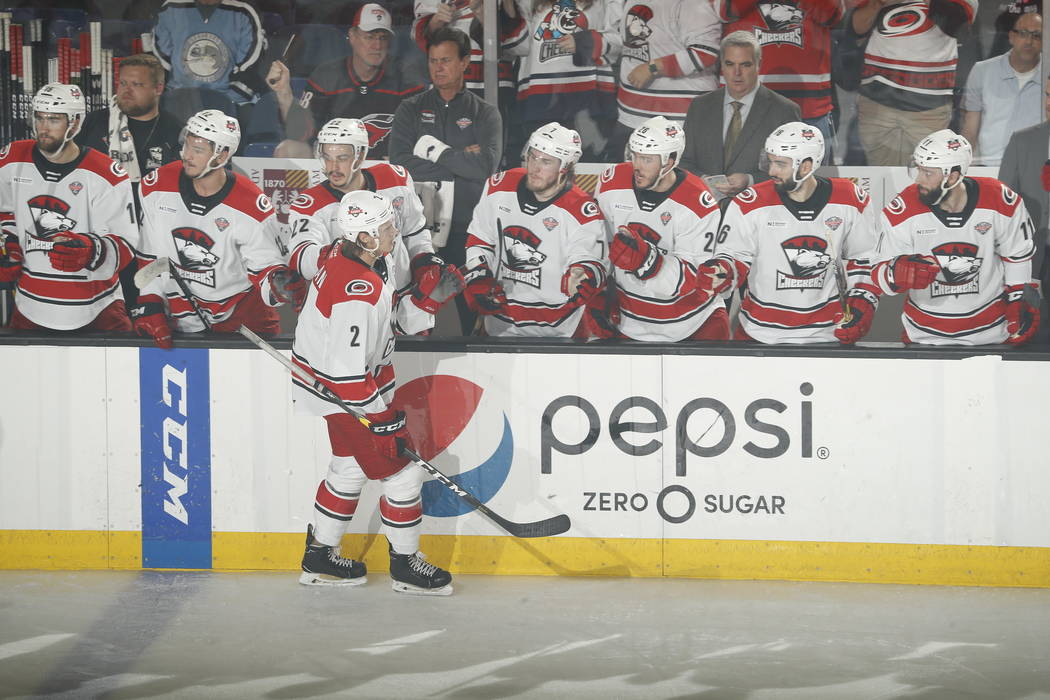 Charlotte Checkers defenseman Jake Bean (2) celebrates his goal with teammates in the second period Wednesday, June 5, 2019, during Game 3 of the Calder Cup Final at Allstate Arena in Rosemont, Ill. (Chicago Wolves via Flickr) 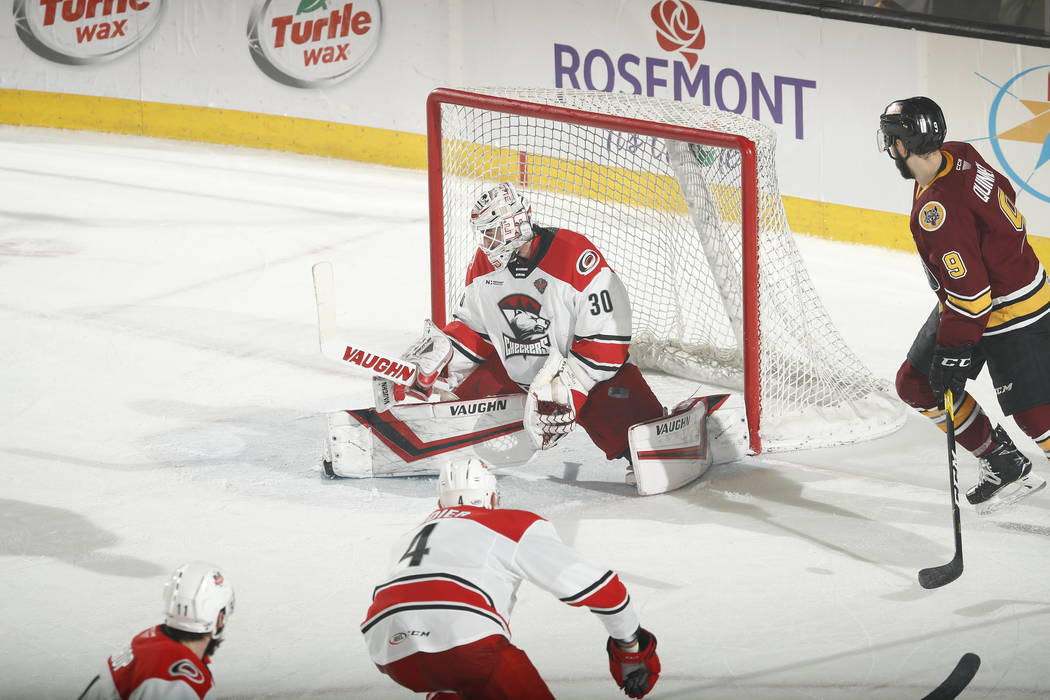 Goaltender Alex Nedeljkovic stopped 38 shots, and right wing Julien Gauthier scored 1:51 into the game, giving the Checkers a lead they would not relinquish as Charlotte downed the Chicago Wolves 4-1 in Game 3 of the Calder Cup Final in Rosemont, Illinois.

The Checkers lead the best-of-seven series 2-1, with Game 4 set for 5 p.m. Thursday in Rosemont.

Right wing Brooks Macek ended the scoring drought for the Wolves, the top minor-league affiliate of the Vegas Golden Knights, with a goal at 14:49 of the third period, assisted by Zach Whitecloud and T.J. Tynan. But an empty-netter from Checkers center Martin Necas at 16:55 ended any comeback hopes.

The Wolves were without forward Curtis McKenzie, who was suspended by the AHL for one game. McKenzie, who has 14 points in the postseason (8 goals, 6 assists), drew a game misconduct and was cited as the aggressor in the final moments of Chicago’s 5-3 loss in Game 2.

The Checkers are the top farm team of the Carolina Hurricanes.