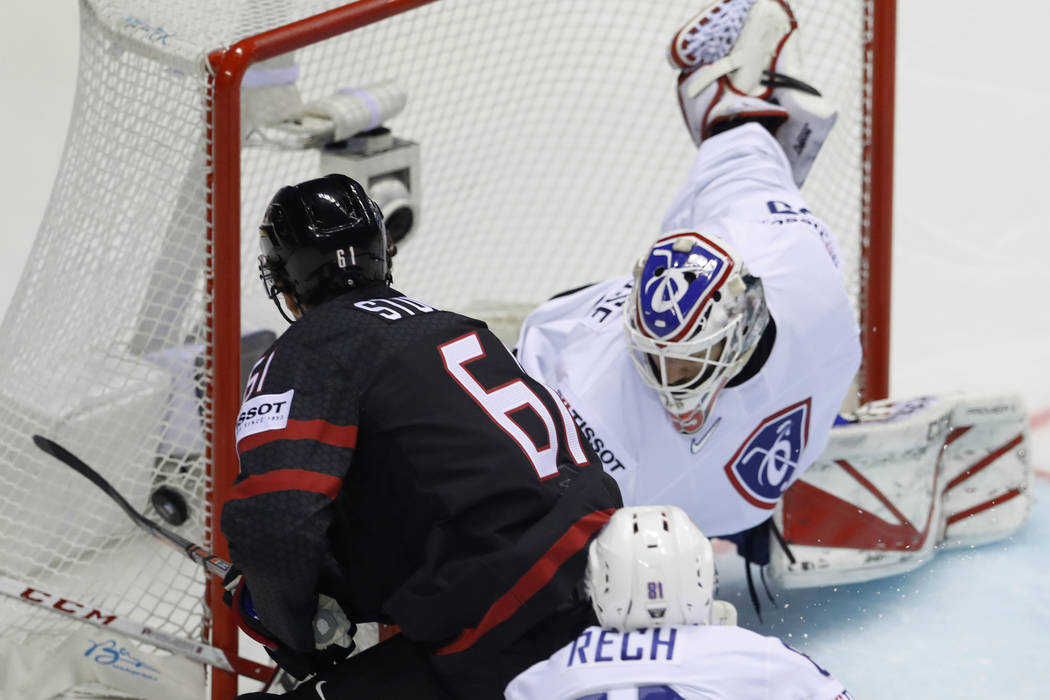 Canada's Mark Stone, left, fails to score past Henri Corentin Buysse of France, right, during the Ice Hockey World Championships group A match between Canada and France at the Steel Arena in Kosice, Slovakia, Thursday, May 16, 2019. (AP Photo/Petr David Josek) 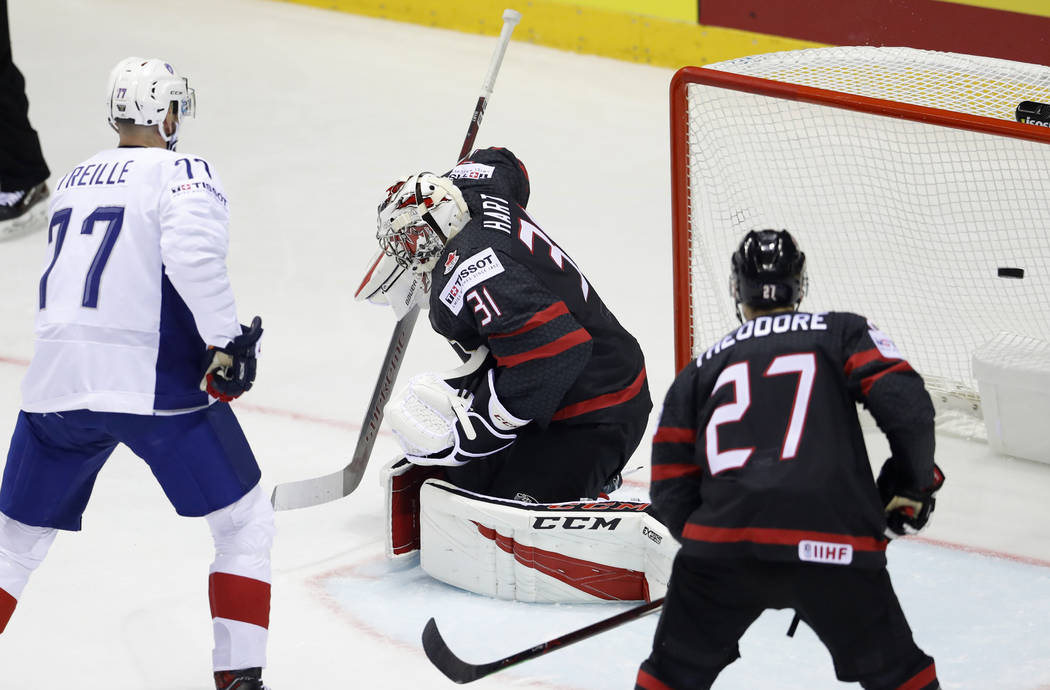 Canada's Shea Theodore, right, and Sacha Treille of France, left, watch as Canada's goaltender Carter Hart, center, fails to make a save during the Ice Hockey World Championships group A match between Canada and France at the Steel Arena in Kosice, Slovakia, Thursday, May 16, 2019. (AP Photo/Petr David Josek)

Stone, who also scored a game-winning goal Monday on his 27th birthday, helped Canada (3-1) win its third consecutive game and move into second place in the Group A standings behind Germany (4-0).

Theodore has five points (one goal, four assists) in the tournament, as does Marchessault (two goals, three assists). Stone has three (two goals, one assist).

Canada next plays Germany on Saturday.