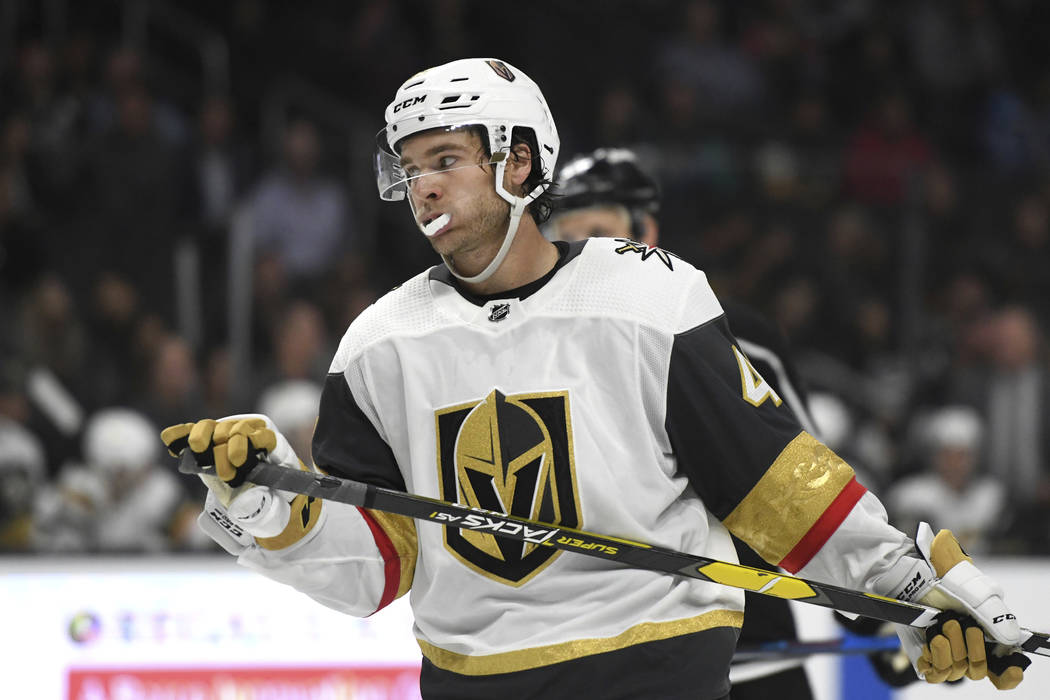 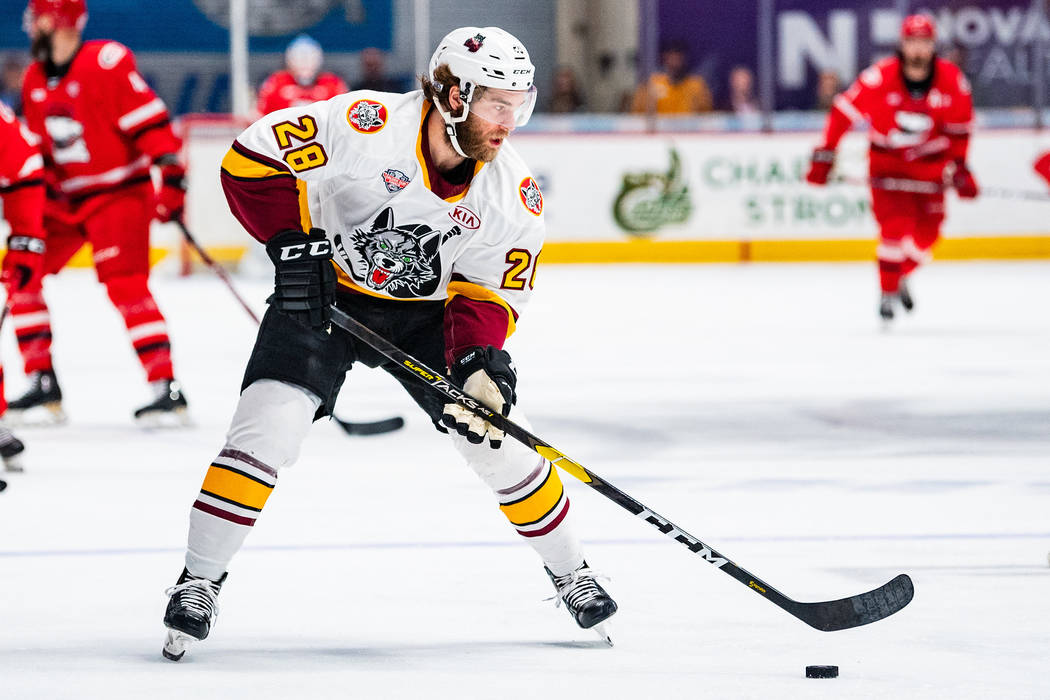 The deal, which runs through the 2021-22 season, carries an average annual value of $716,667. It is a two-way contract for the first two years, meaning Bischoff gets paid differently depending on whether he’s in the NHL or American Hockey League, and a one-way contract in Year 3.

“I absolutely love it in Vegas, and to be there for another three years, it’s pretty special and I’m really excited for it,” Bischoff said. “The security part is nice, as well. You know you’ve got a job for three years, and you can sort of not worry about any of that contract stuff and just go out and play. I’m sort of excited about that part for sure, too.”

Bischoff, who turns 25 on July 25, has yet to make his NHL debut. He was on the Knights’ roster out of training camp last season but never played a game.

The 6-foot-1-inch, 194-pound blue liner appeared in 60 games for Chicago of the American Hockey League last season and finished with 13 points (two goals, 11 assists). He had an additional five assists in 22 Calder Cup playoff games for the Wolves.

“That’s part of your dream ever since you were a little kid playing hockey, so definitely achieving that would be next on my list,” Bischoff said of playing in the NHL. “Whether that’d be this year, next year, hopefully I can get into a game one of these years and hopefully take advantage of it, too.”

Bischoff, who was acquired from the New York Islanders in an expansion draft trade, is expected to contend with Dylan Coghlan, Nic Hague, Jimmy Schuldt and Zach Whitecloud at training camp for at least one open roster spot.

“There are a lot of good defensemen in the organization, so it’s going to be a battle for sure, and I’m looking forward to it,” Bischoff said. “I’ve been working hard this summer, and I’m going to continue to do that and hopefully be as ready as I can be coming into camp.”

Bischoff’s salary will count against the cap if he makes the NHL roster. The Knights are approximately $2.475 million under the cap, with unrestricted free-agent defenseman Deryk Engelland expected to sign. Schuldt and left wing Nikita Gusev also remain restricted free agents.