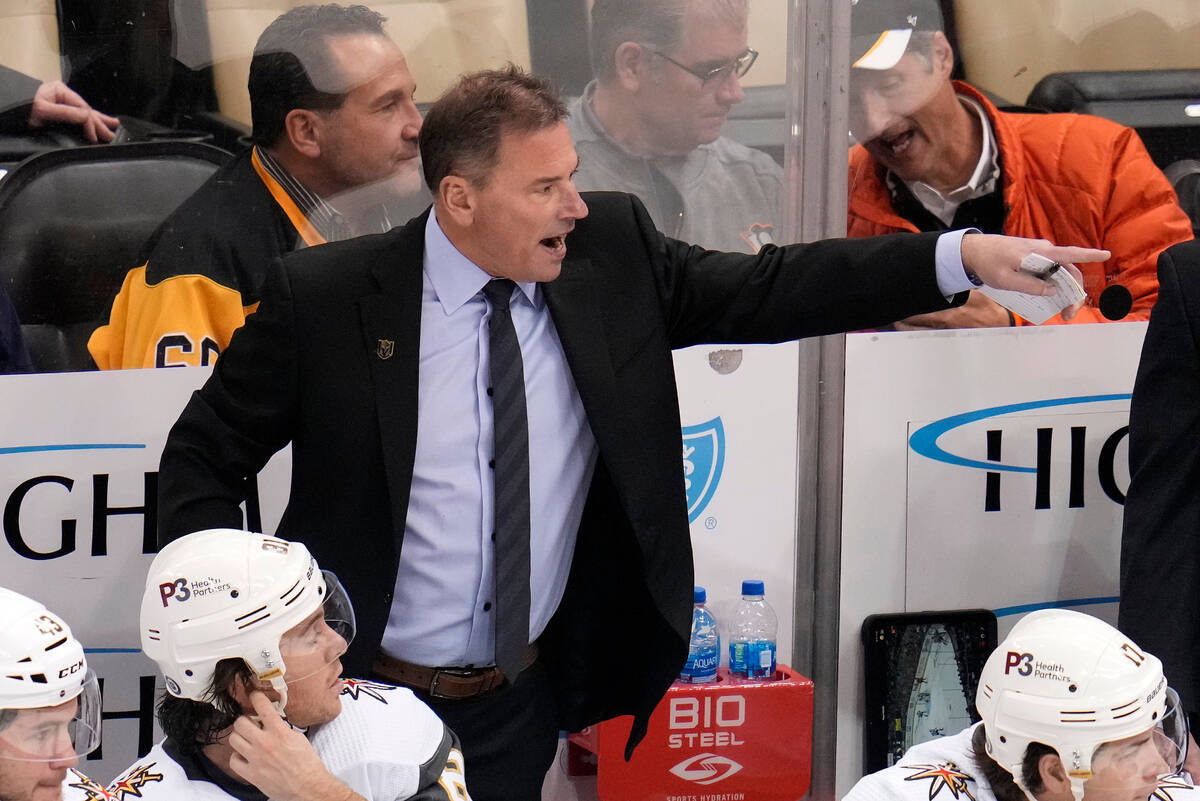 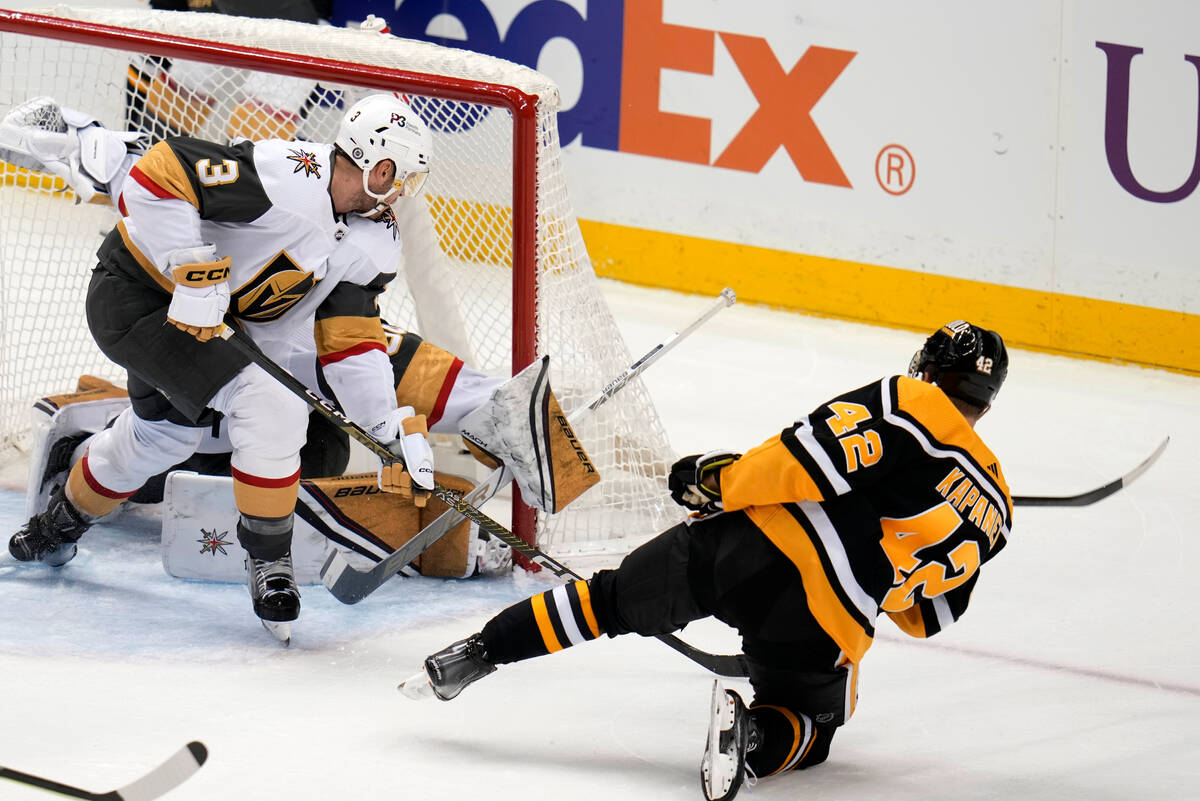 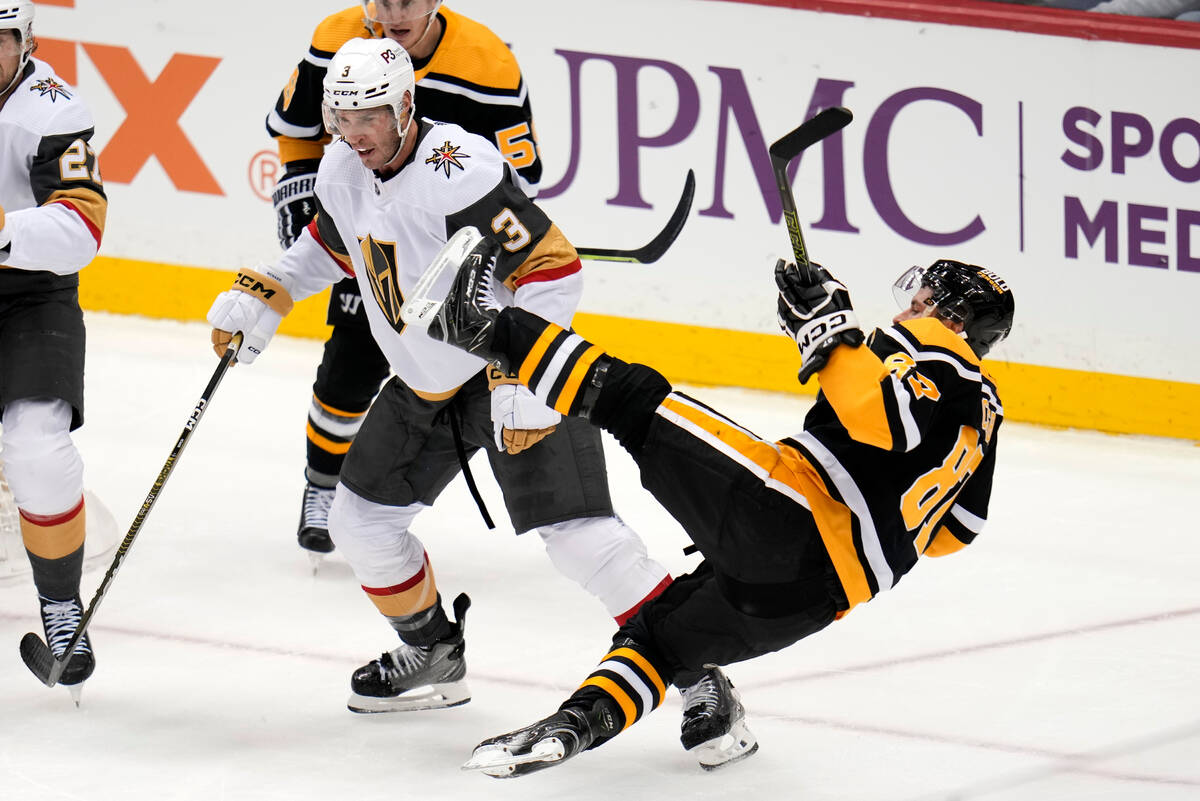 For the first time since Oct. 29, the Golden Knights woke up Friday no longer in first place in the Pacific Division by points percentage.

The Knights gave themselves a huge cushion with a 13-2 start, but they are 4-5-1 in their past 10 games, opening the door for Seattle to overtake them with a seven-game winning streak.

The Kraken are two points behind the Knights in the standings with two games in hand.

There is a lot of season left to determine who will be on top. The Knights, second in the Western Conference in points percentage, can still take it as a sign to turn their game around.

“That’s what good teams do, they get out of funks,” coach Bruce Cassidy said. “There’s a little turbulence right now for us, and the better we repair our game, the easier it’s going to be to get through it.”

A lot has been going wrong to lead to the Knights’ recent dip in play. Here are three ways they can improve before Saturday’s game in Detroit:

Many of the Knights’ recent losses — like the ones to Seattle, Vancouver and Pittsburgh — come down to an inability to get out of their own zone.

Opponents are bringing pressure on the forecheck. The Knights aren’t handling it well. They’re losing battles along the wall when defensemen pinch, and they’re turning pucks over when forwards get after them. All that extra time defending has led to penalties and goals against.

“We’ve got to clean that up,” defenseman Shea Theodore said. “I think as a D corps we have to do a little bit better job of moving the puck.”

The Knights have allowed 15 goals in their past four games. The average distance those shots traveled was 17.5 feet.

Opponents are getting far too many chances close to the Knights’ net. The longest goal they’ve given up in their past four games went to Seattle right wing Andre Burakovsky at 38 feet, and even he was just above the right faceoff dot.

Missed assignments, failed box-outs and more have contributed to the Knights’ struggles around the blue paint. They’ve allowed nine goals from 15 feet away or less in their past four games, including five from 10 feet away or closer.

“That was the biggest area (against Pittsburgh) that exposed us was net-front coverage,” Cassidy said. “We’ve talked about the slot battle all year, and it’s gotten away from us.”

The Knights are in a difficult part of their schedule.

They’re tied for second in the NHL with 25 games played. Monday’s 3-2 shootout win in Columbus wrapped up a stretch of eight games in 14 days. The Knights, starting with Thursday’s 4-3 loss to Pittsburgh, play 12 games in 23 days before the league’s holiday break.

It’s a daunting stretch considering the travel involved. That doesn’t mean they should be outworked and outhustled as much as they have been lately. They need to fight through the fatigue, or the results aren’t going to change.

“It’s a little bit of a wake-up call,” left wing Reilly Smith said. “We’ve got to do a better job just upping the tempo.”