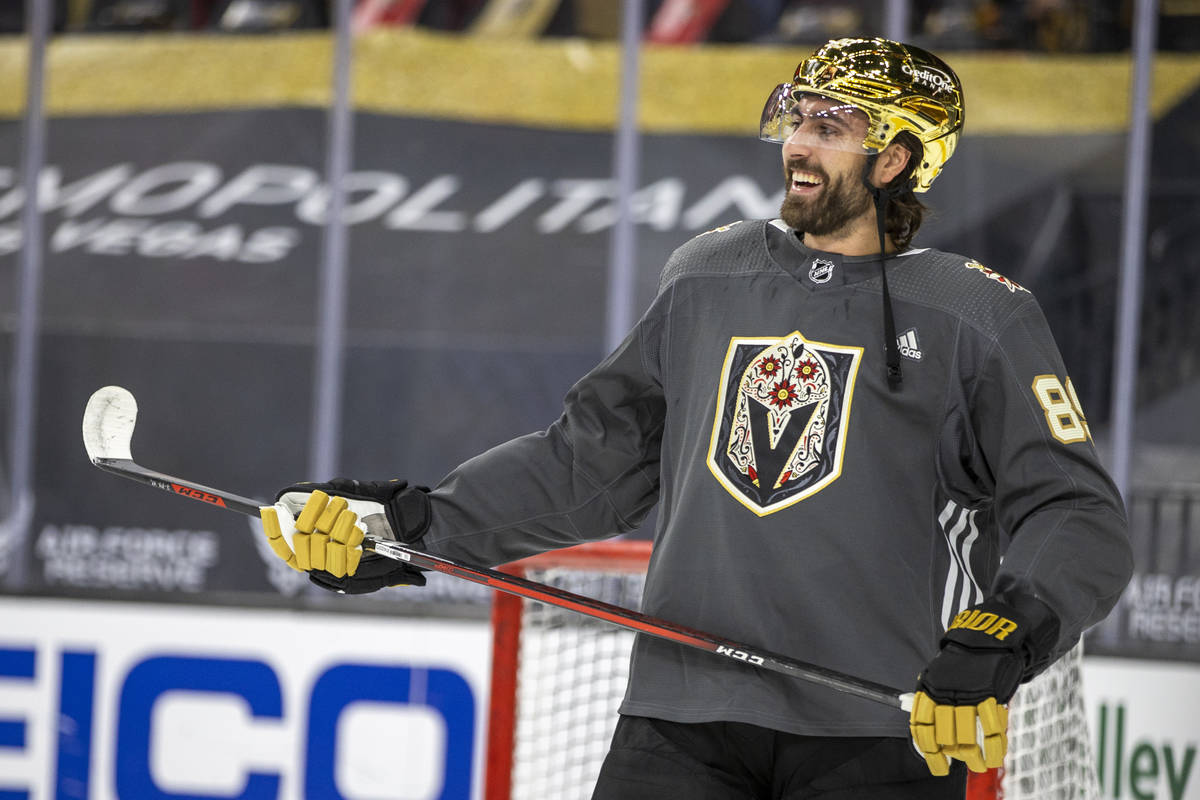 The Golden Knights will begin next season without their “X-factor.”

General manager Kelly McCrimmon said Friday that right wing Alex Tuch underwent shoulder surgery last week and is expected to miss six months. That would mean Tuch could return in late February, but McCrimmon said there are a lot of variables with such a lengthy recovery process that could affect the time frame.

Tuch was the Knights’ seventh-leading scorer last season with 33 points in 55 games.

McCrimmon said there wasn’t one play where Tuch injured his shoulder.

It bothered him all season, but the 25-year-old played through it. He missed only one game between the regular season and the playoffs.

Tuch took a vacation after the season. When he came back, his shoulder was still bothering him. Further tests showed it needed to be surgically repaired.

“It’s a shoulder injury that’s not uncommon for hockey players,” McCrimmon said. “That in part gives us comfort that this is not out of the norm.”

Tuch’s injury will leave the Knights without one of their key depth scorers for much of the season. The 6-foot-4-inch wing has been a key player on the team’s third line. Opponents have trouble matching up with his size and speed with their bottom-six forwards and lower-pair defensemen.

It does clear up the Knights’ salary-cap situation. They entered Friday more than $37,000 over the upper limit with restricted free agents Nolan Patrick and Dylan Coghlan unsigned, but placing Tuch on long-term injured reserve will allow them to exceed the cap by up to his $4.75 million hit.

The injury also cleans up the team’s depth chart after it exited the first day of free agency Wednesday with 15 forwards expected to be vying for regular roles. Trading right wing Ryan Reaves and placing Tuch on long-term injured reserve brings that number to 13, which leaves opportunities for prospects and depth players to get playing time.

McCrimmon said the team expected to be done adding players this offseason.

“Where we are now, I would say we’re going to go into training camp with this roster. Yet any general manager in the National Hockey League will tell you anything can change with a phone call,” McCrimmon said.

“We’re pleased with what we were able to get done in the month of July and really excited about getting ready for training camp with this group.”