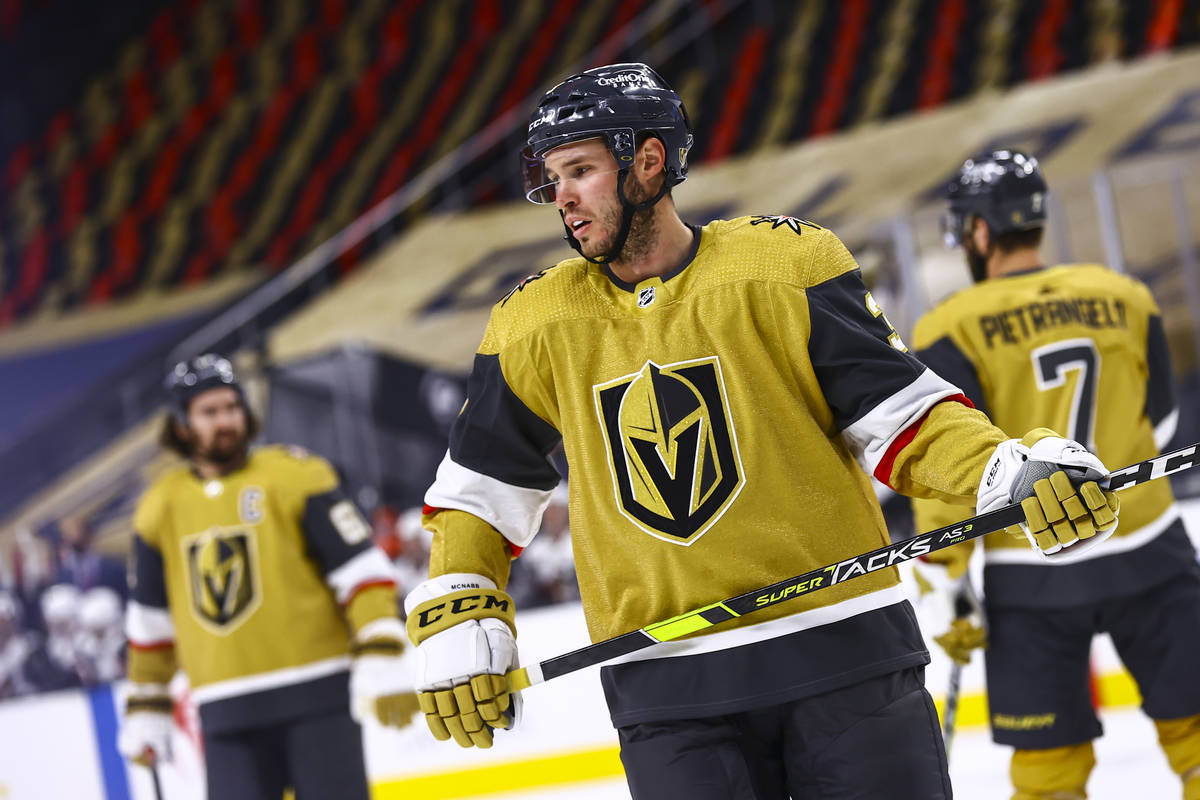 McNabb played 21:33 in the team’s 5-4 shootout loss to the St. Louis Blues on Tuesday and finished his last shift with 58 seconds remaining in the third period. The Knights placed McNabb on long-term injured reserve, according to the website CapFriendly. That means he will miss a minimum of 10 games, but the team can exceed the salary cap by his $2.5 million cap hit.

McNabb plays on the first defensive pair with Alex Pietrangelo and ranks fourth among the team’s skaters in average time on ice (19:27). He has played in 236 of the franchise’s 242 games.

The Knights recalled center Cody Glass and defenseman Nick Holden and moved defenseman Nic Hague to their taxi squad. Holden was waived before the season and has yet to appear in a game. The 33-year-old played in 122 games for the Knights the previous two seasons and scored 29 points.