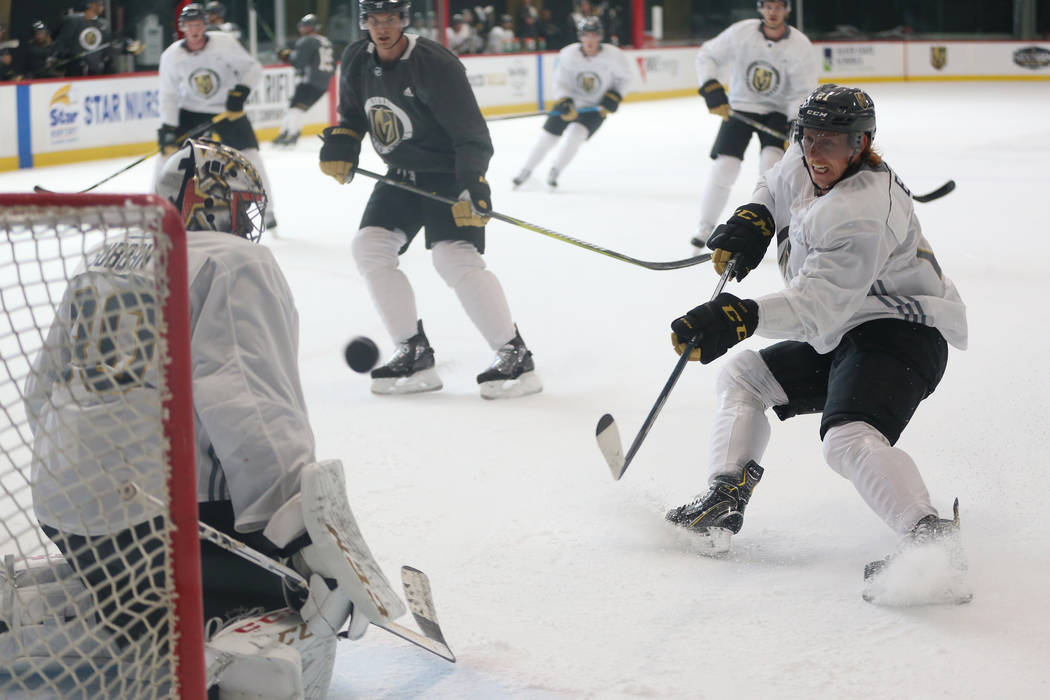 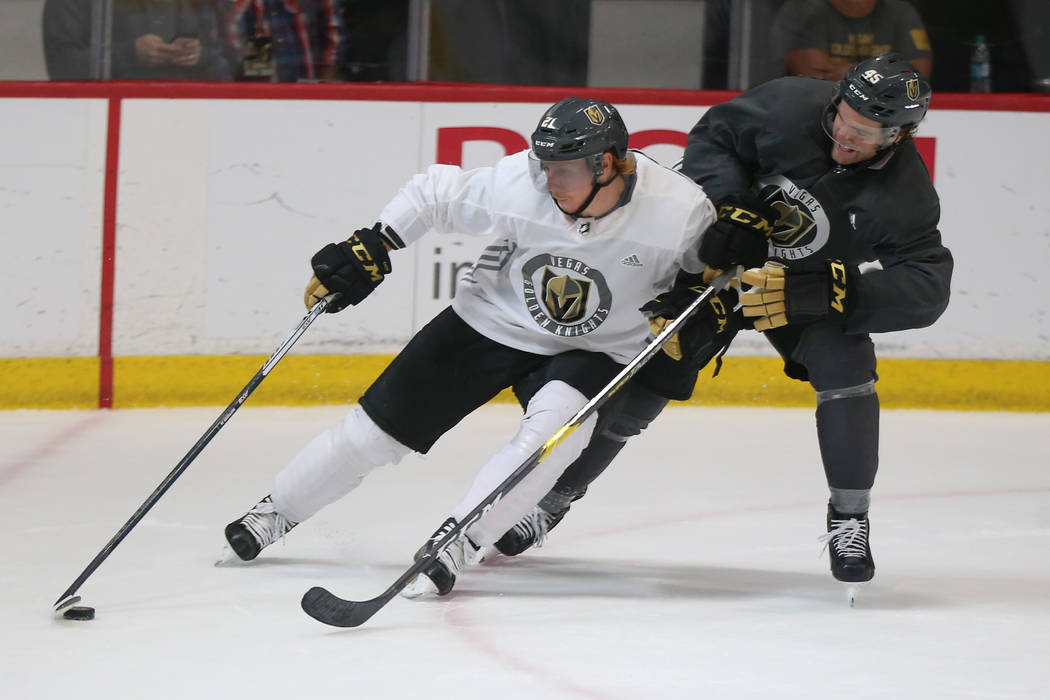 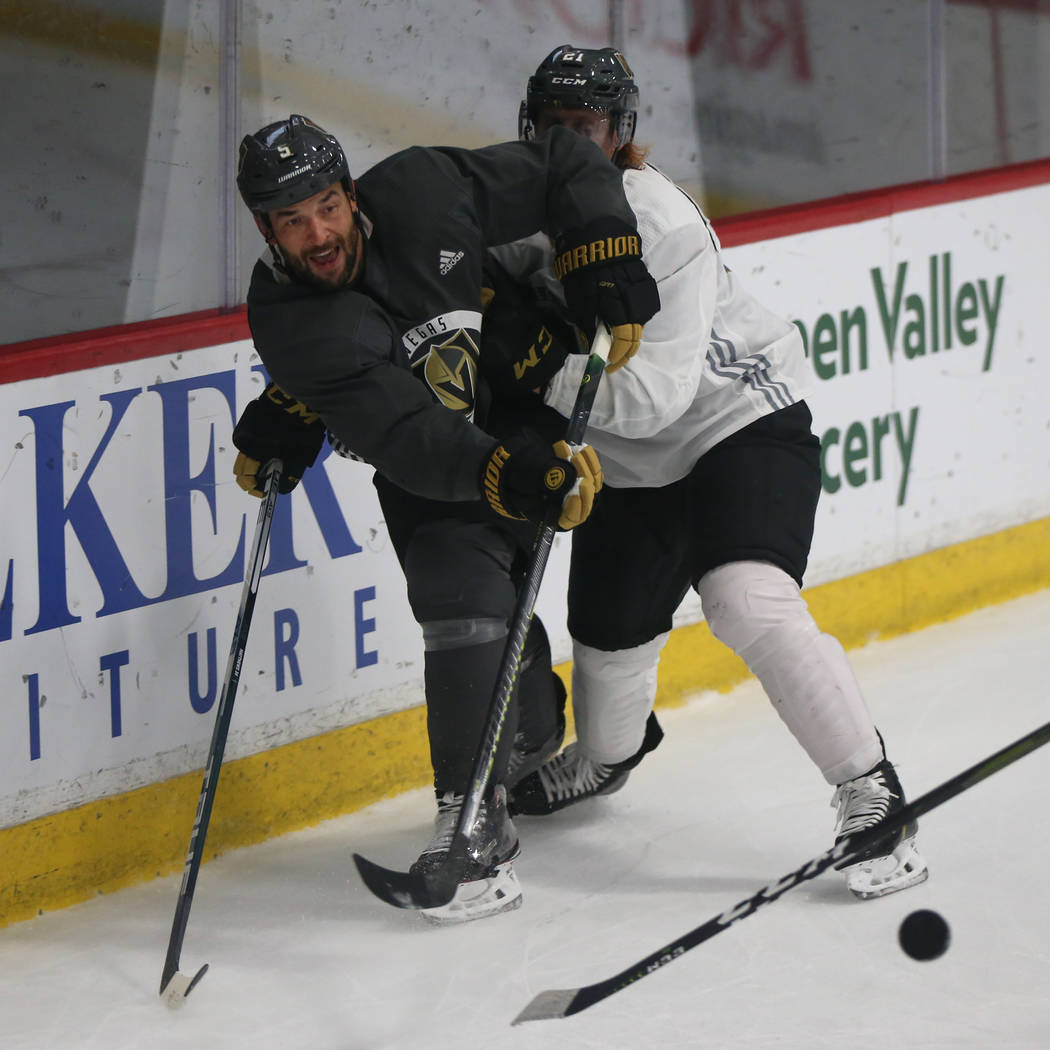 Cody Eakin spent all but one week this summer at his lake house near Manitoba, fishing for his dinner and relaxing after a career year.

Not once during that time did the Golden Knights center watch his final play of the 2018-19 season. He’s not sure he ever will.

The play in question was the major penalty heard ’round the NHL. Eakin was given a controversial five-minute penalty and game misconduct for cross-checking San Jose Sharks captain Joe Pavelski after a faceoff in Game 7 of their first-round playoff series.

The call, which was derided by teammate Jonathan Marchessault postgame and led to an apology by the NHL, gave the Sharks life down 3-0. They eliminated the Knights in overtime, and Eakin could only watch from the locker room.

It was a crushing finish to a season in which he scored a career-high 22 goals and 41 points, and a rule change requiring video review for all major penalties in June probably didn’t soften the blow.

Eakin doesn’t seem to be dwelling on that, though. He’s just ready to get back to work.

He’ll be motivated to do so, as his contract expires in the offseason. He and the rest of the Knights also get a rematch with the Sharks in their season opener.

“The guys were really working hard this summer because we were pretty upset with the way things ended,” left wing Max Pacioretty said. “We want to come out with a vengeance this year.”

Coach Gerard Gallant used the words “perfect” and “ideal” to describe the first two days of training camp leading up to Sunday’s preseason opener against the Arizona Coyotes at T-Mobile Arena.

He also said “three or four” rookies that participated in three games at the Anaheim Rookie Faceoff last week have caught his eye. He declined to name them, worried that he would forget somebody.

“The rookie games didn’t go as well, but I’m watching some of those kids here and they’re playing better here than they did in the rookie games,” Gallant said. “That’s a good sign.”

Saturday was only the second day of training camp, but Gallant sent a message by having right wing Alex Tuch skate two laps in practice as punishment.

“They went offsides three times,” Gallant said with a smile, referring to Tuch’s line in a 3-on-2 drill. “It’s only fair. Tuchy’s an easy target, too.”