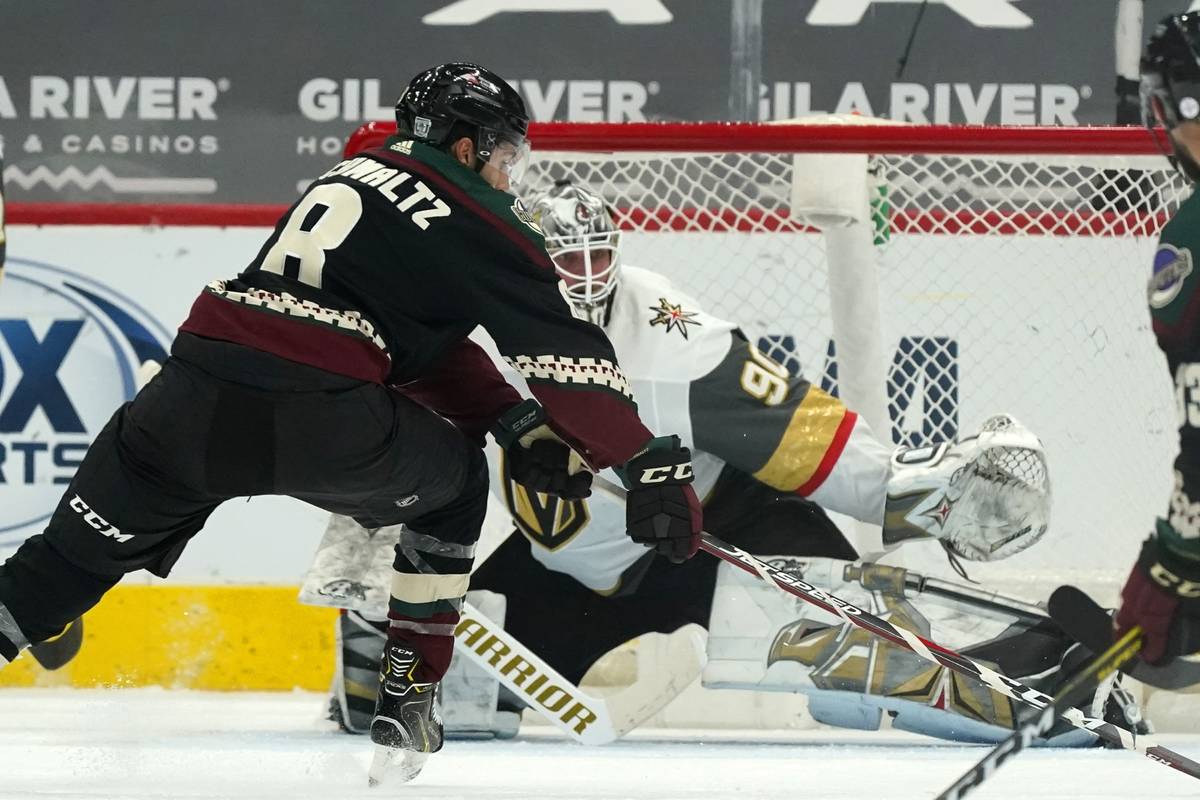 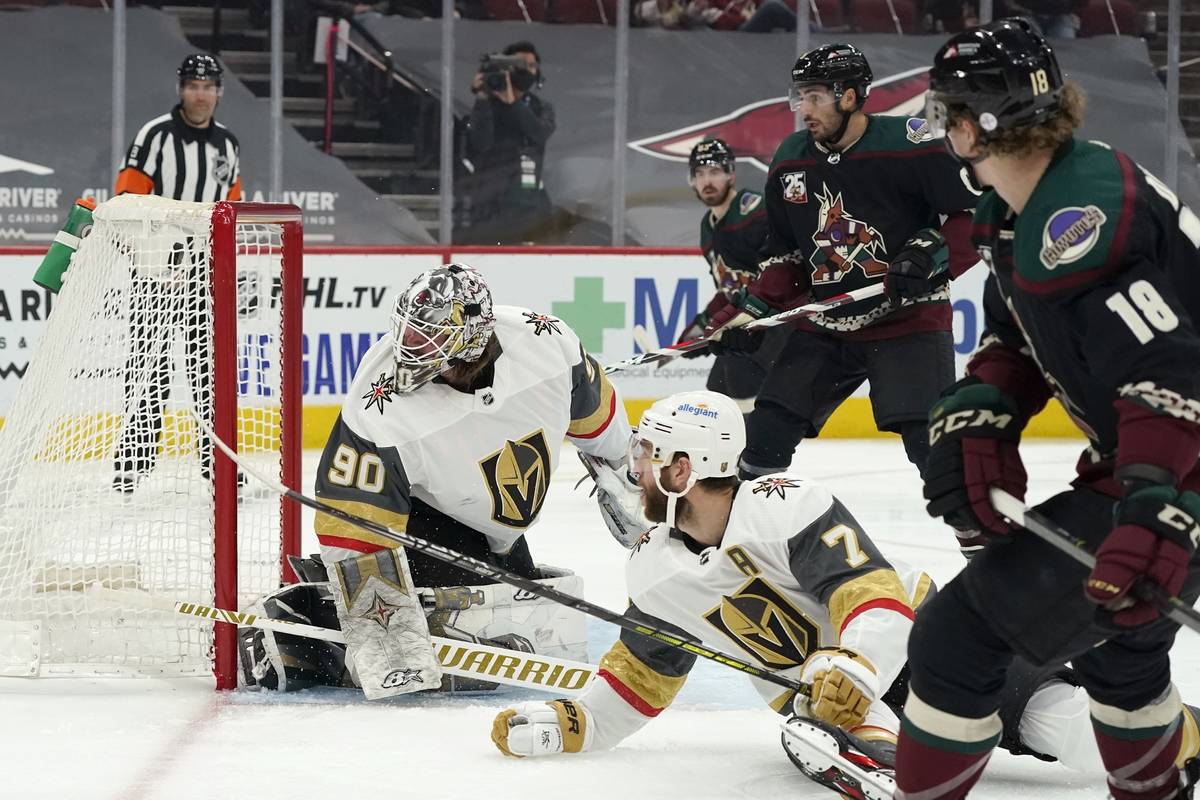 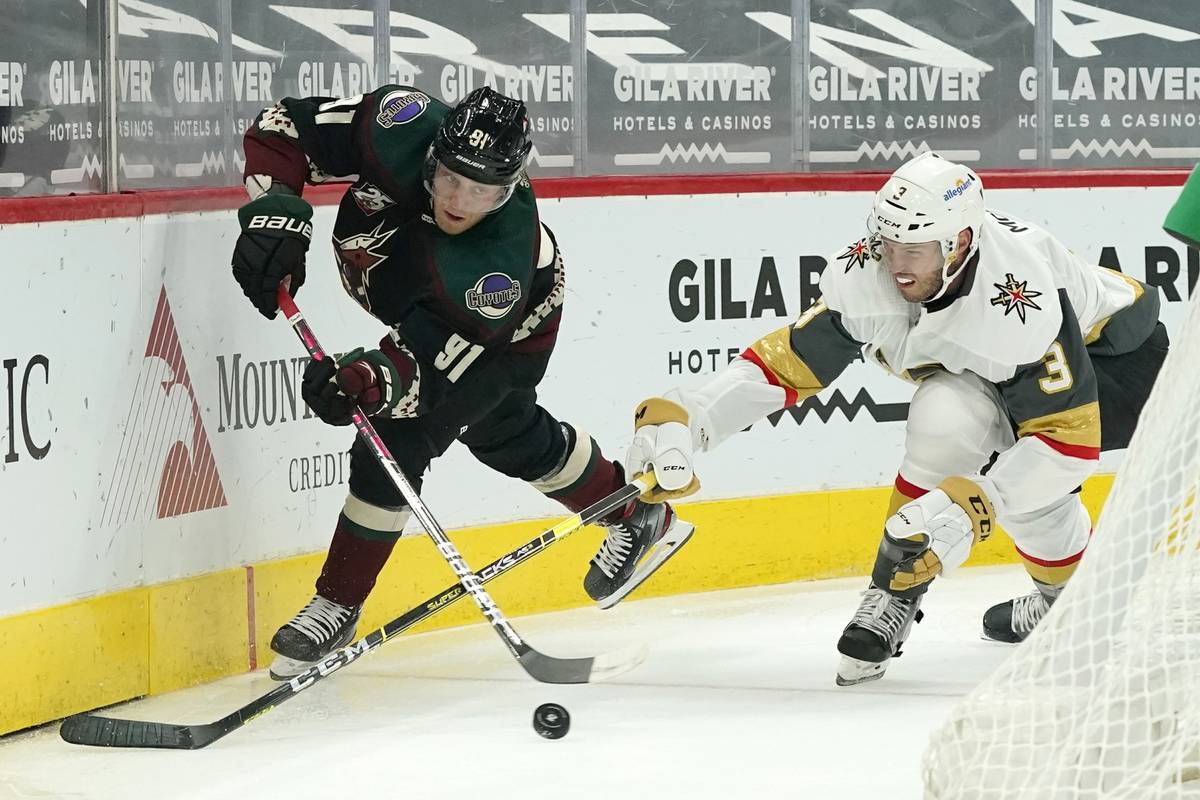 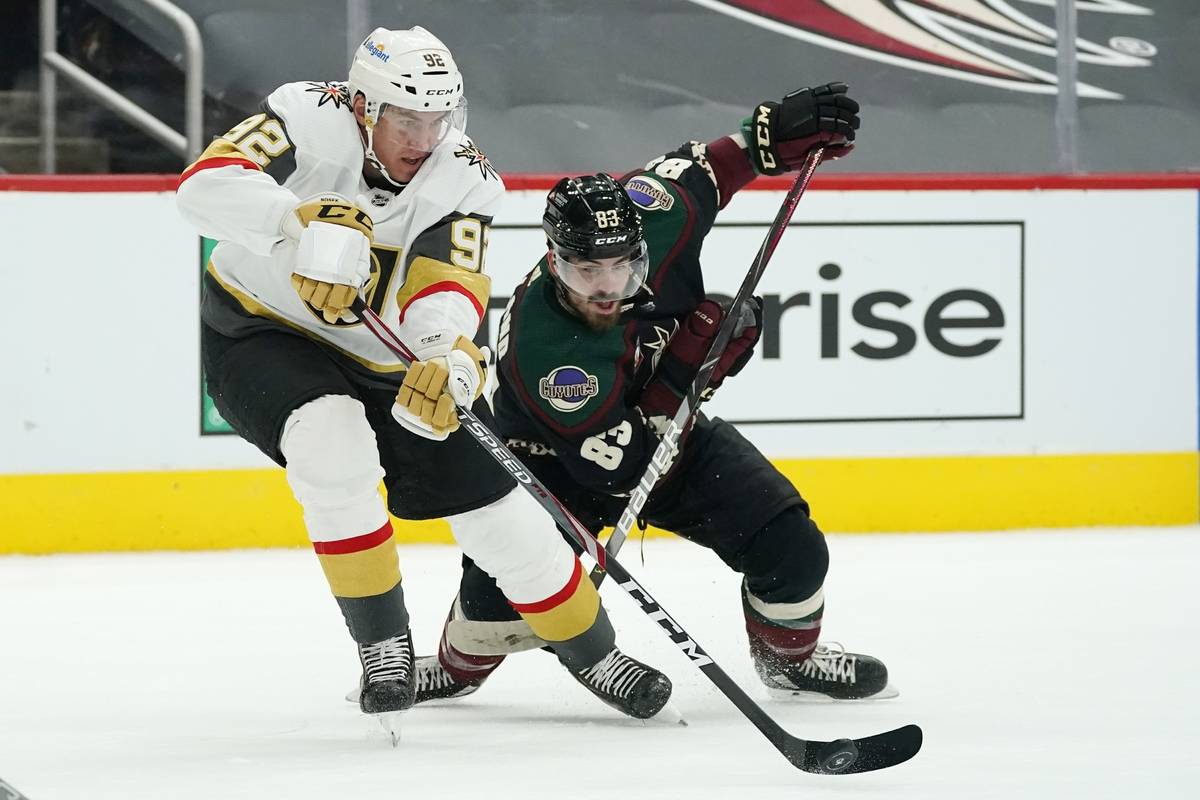 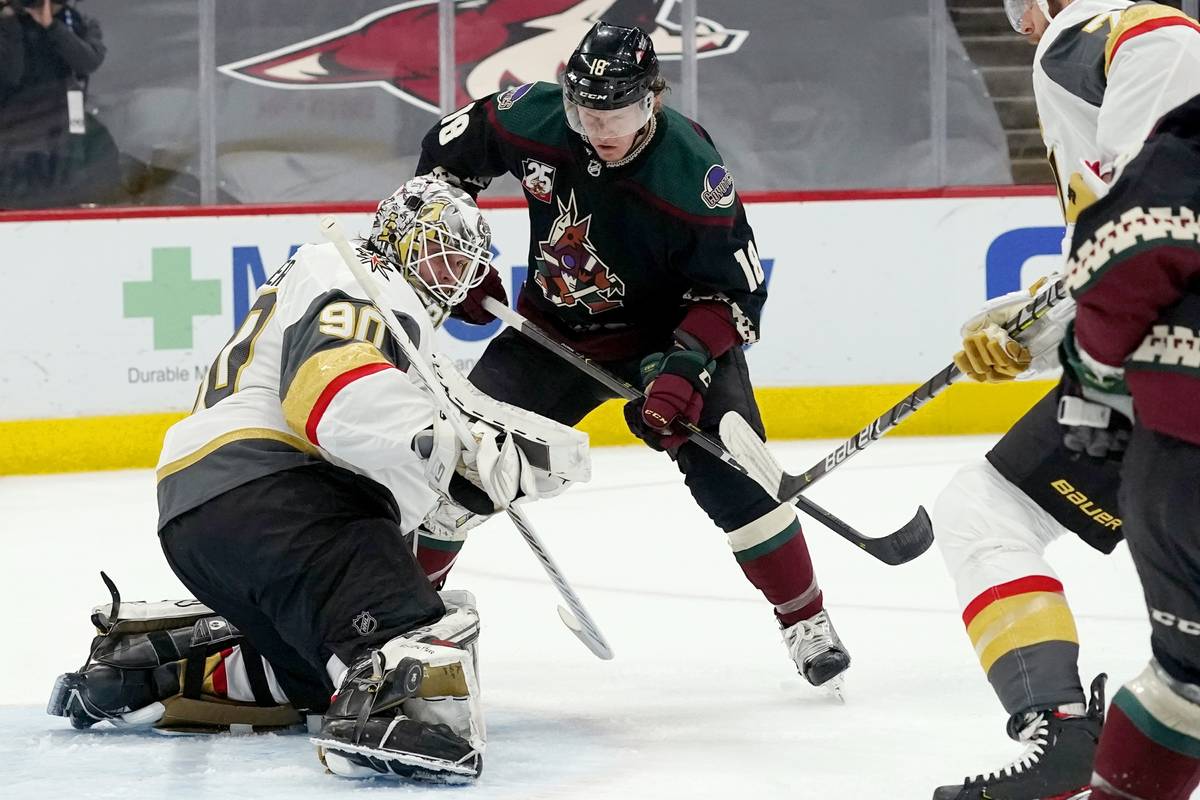 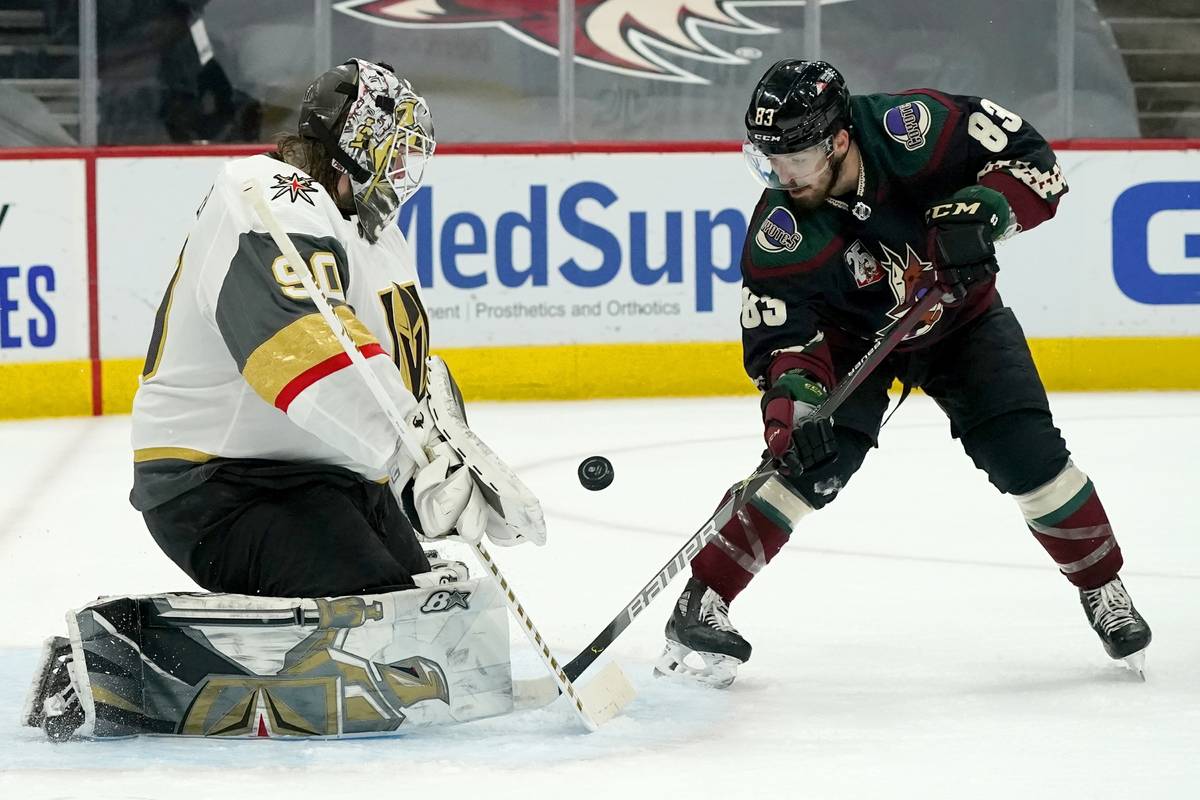 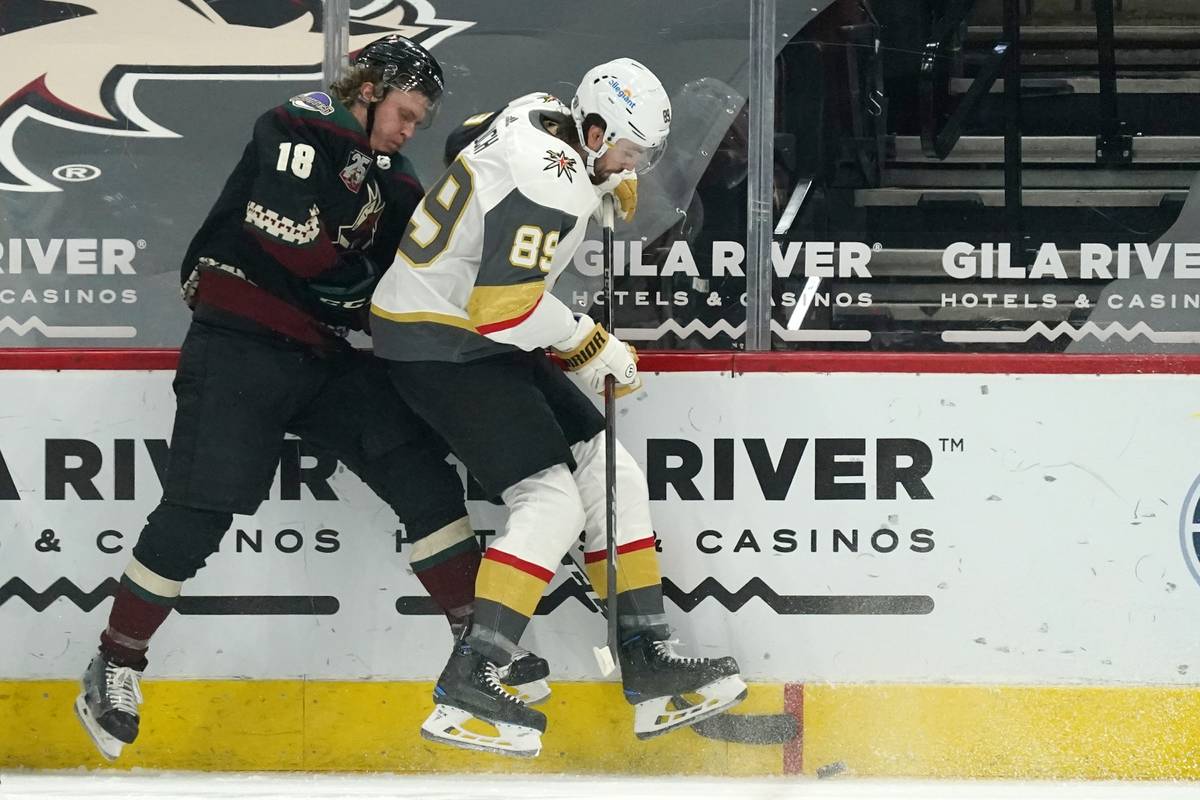 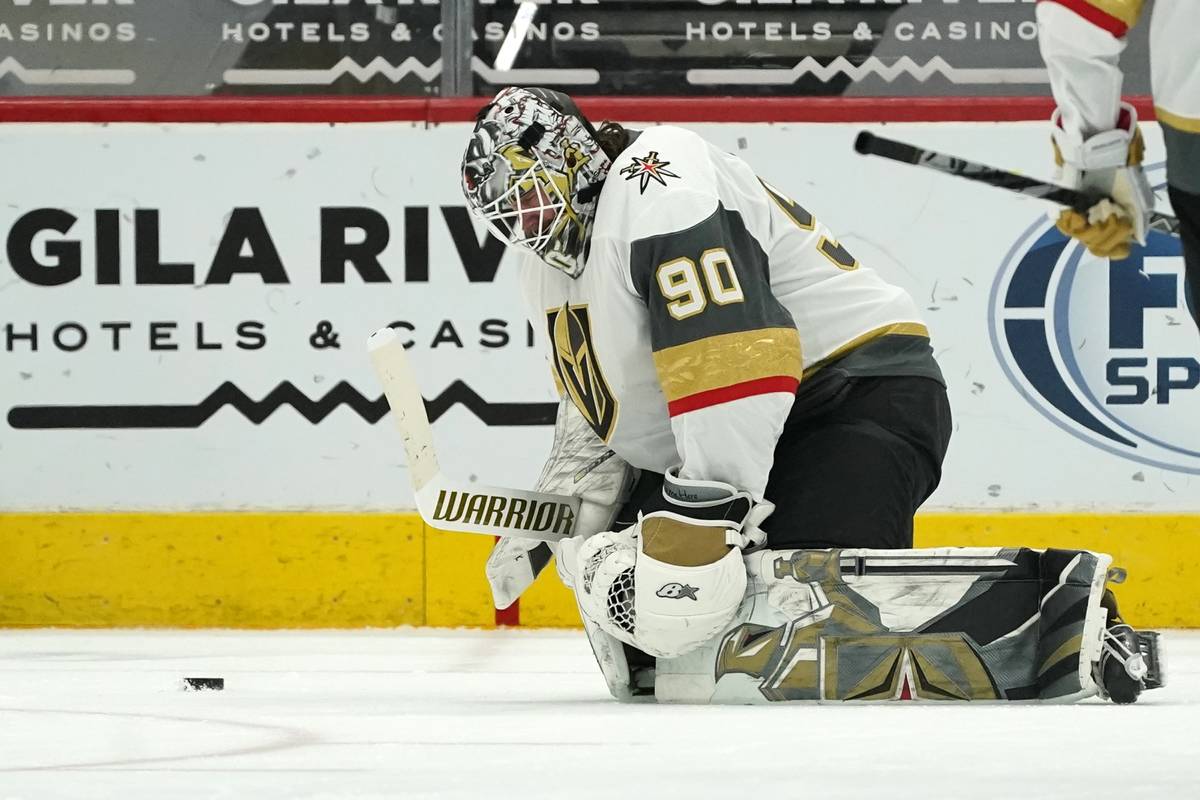 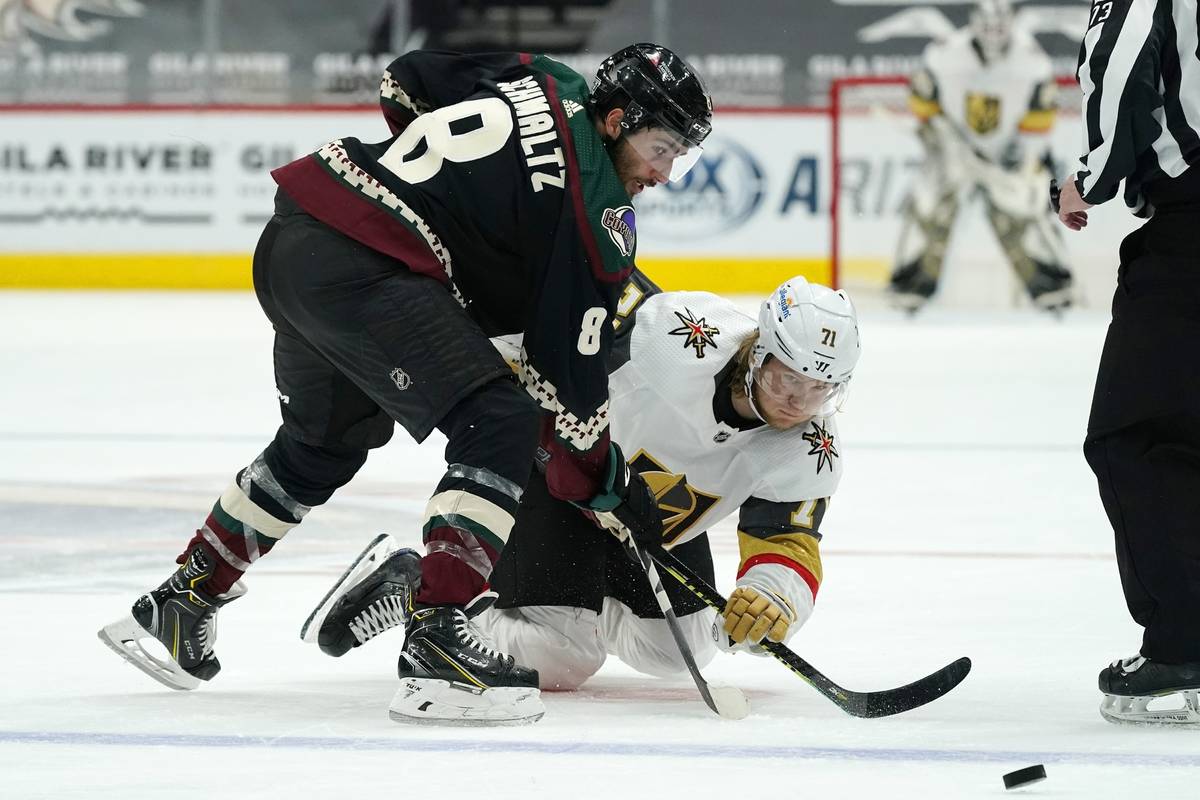 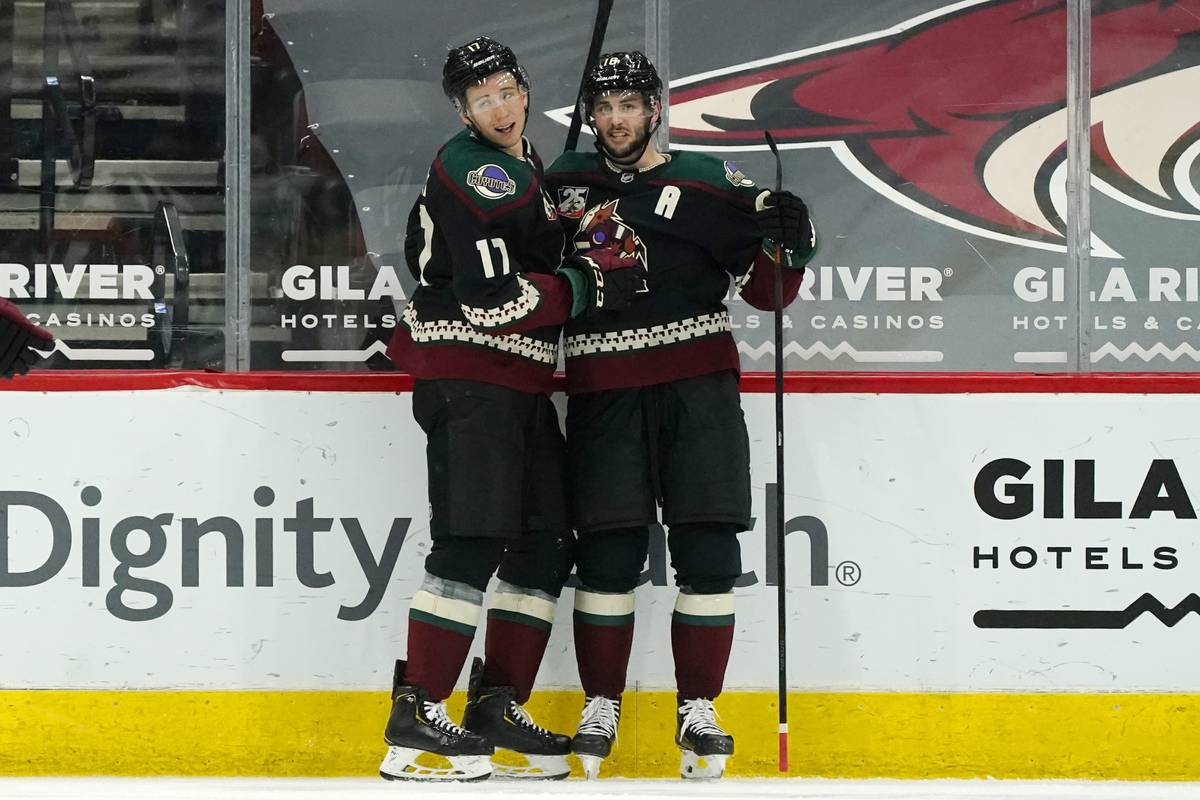 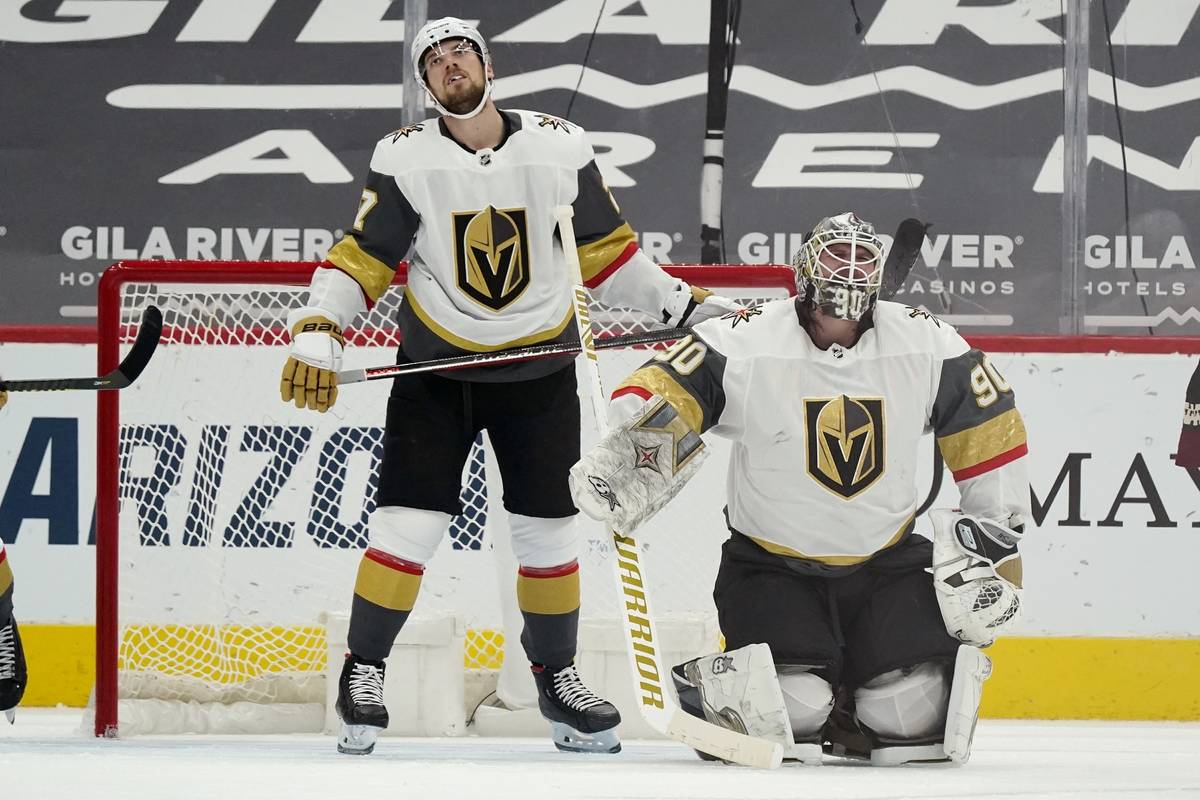 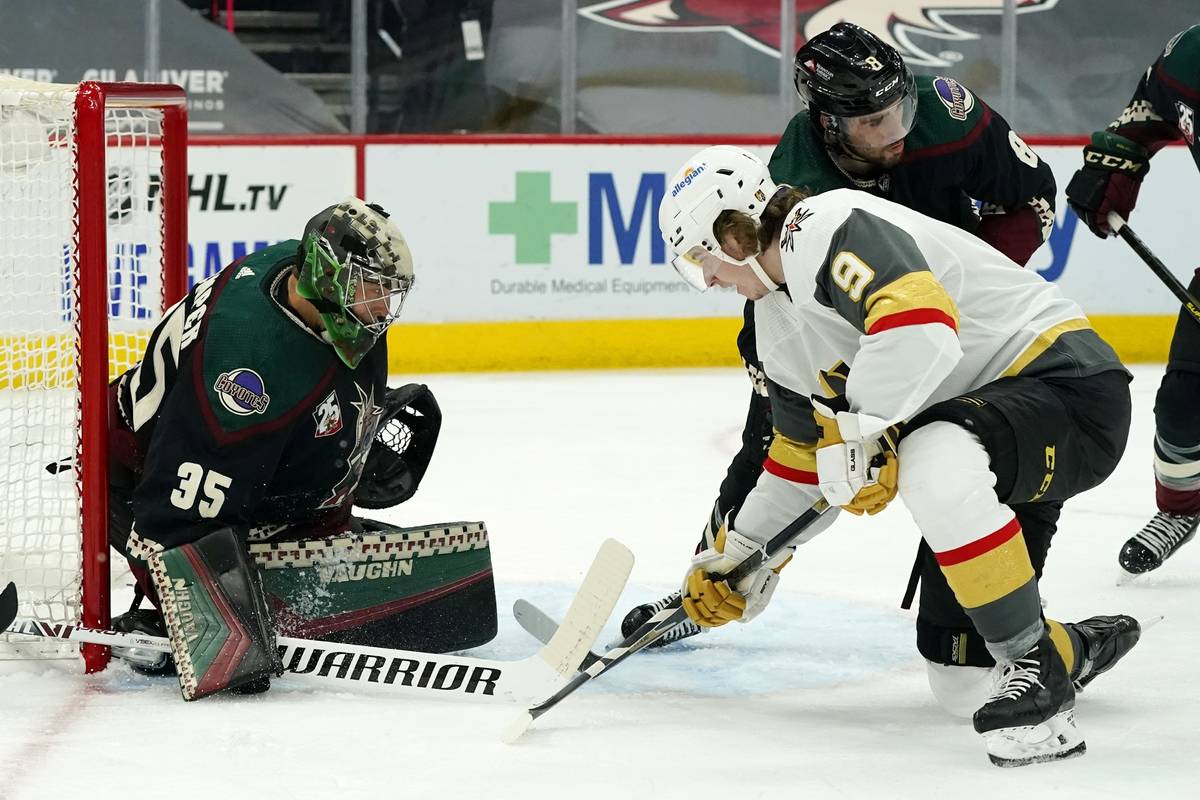 GLENDALE, Ariz. — Alex Tuch put out a call for Golden Knights fans to show up at Gila River Arena on Friday, and they arrived in force.

At least half of the announced crowd of 2,712 appeared to be wearing a Knights jersey and did their best to provide a spark.

But the Knights’ turned in a subpar performance and suffered their first defeat of the season, 5-2 to the Arizona Coyotes.

The teams wrap up their four-game series at 1 p.m. Sunday at Gila River Arena.

Shea Theodore had a goal and an assist, and Cody Glass scored a power-play goal in the third period in his return to the lineup after watching the past two games.

“It was nice to have as full as they could put it for attendance,” Theodore said. “We had a lot of VGK fans there, which is always noticeable. They’re always loud, and that’s why they’re the best fan base in the league.”

Arizona is one of three teams to have fans inside their home arena this season, along with Florida and Dallas. The Panthers averaged 3,907 fans in their two home games against Chicago to open the season.

Dallas hosted fans for its opener Friday after the start of its season was delayed because of an outbreak of COVID-19 in the team.

The Coyotes’ new ownership group is making an effort to connect with the local fan base and has limited seating for home games in January with 25 percent maximum capacity. In its first two home games, Arizona averaged about 2,300 fans in attendance.

Knights fans are unable to attend games at T-Mobile Arena through mid-February after Gov. Steve Sisolak announced Monday the statewide pause that restricts public gathering sizes to 50 people will be extended an additional 30 days.

With a chance to see their team in two games this weekend, a large portion of Knights fans made the trip and turned Gila River Arena into T-Mobile Arena South.

“First game we were able to go to, we’ve got to seek it out,” said Kevin Shaw of Las Vegas. “I think they were expecting us to show up.”

Shaw and his wife, Jennifer, flew in Friday morning and weren’t alone.

The Knights were greeted with a loud ovation as they emerged from the locker room before the opening faceoff, and a “Go Knights Go” chant erupted soon after the puck was dropped.

“I think it’s going to be fun for us and the team because it’s the first time they’ve had fans for a year,” Jennifer Shaw said before entering the arena.

But the Knights struggled to stay out of the penalty box in the first period and fell behind 3:22 into the game when Christian Dvorak put in a rebound on a power play.

Theodore tied the score at 1 early in the second period with his third goal in the past two games before Arizona took control with three straight goals.

Derick Brassard broke the deadlock at 7:55 of the second period, and Nick Schmaltz put Arizona ahead 3-1 about four minutes later by scoring for the third straight game.

Conor Garland finished with a goal and two assists to lead the Coyotes, and Schmaltz and Christian Dvorak had a goal and an assist.

“It was great to see some people in the crowd,” Knights coach Pete DeBoer said. “Disappointed we didn’t find a way to win for them. What a commitment, traveling here during what’s going on and coming to see us. You can hear them in the crowd. Very thankful for their efforts to get here and support us.”