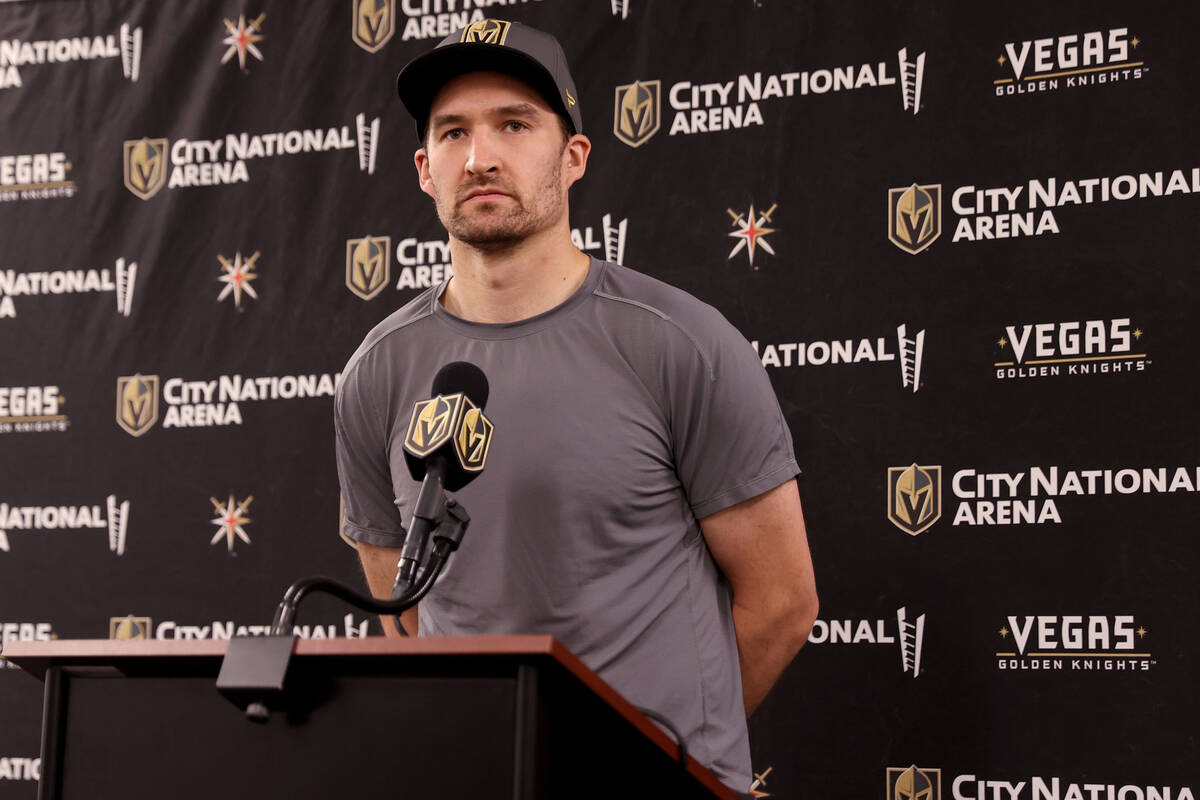 Mark Stone spent the majority of the season engaged in a frustrating search for how best to treat his back injury.

Now more than two weeks into the offseason, it appears the Golden Knights captain has settled on surgery.

Stone likely will undergo a procedure this week after meeting with several doctors, general manager Kelly McCrimmon said Monday. Should he opt for surgery, Stone is expected to be ready for training camp in September.

“Again, that’s not 100 percent for certain (Stone will have surgery), but it’s certainly the most likely outcome at this time,” McCrimmon said. “The reason I bring it up unsolicited is I think it’s great news. I was hoping that that would be what the solution might look like.”

Stone battled the back injury during the 2021 postseason and wasn’t at 100 percent when training camp opened in October, either.

He departed midway through the second game Oct. 14 at Los Angeles with a noncontact injury and was sidelined for the next month. The Knights held him out of back-to-back games in December and January to preserve his back, and Stone participated in his first All-Star Game in February at T-Mobile Arena.

But Stone’s back acted up again following the Knights’ win Feb. 8 at Edmonton in the first game after the All-Star break. He spent two months on long-term injured reserve and returned April 12 in the heat of the playoff chase, but never looked comfortable and posted one goal and one assist in the final nine games.

”I think I made a couple mistakes throughout this season trying to get back too quick,” Stone said during his media appearance May 3. “I obviously wanted to at least give it a try and help this team get in (the playoffs) and I wasn’t able to do so. Definitely disappointing.

Since the season ended, Stone has met with several consultants and doctors through the Knights’ training staff, and McCrimmon said the 30-year-old winger has another meeting Tuesday in Los Angeles.

After he was limited to 37 games, the Knights hope Stone can return to the two-way force he’s been since being acquired in 2019 from Ottawa. Stone’s leadership was sorely missed in the second half of the season when the Knights stumbled after being in first place as late as Feb. 14.

“I know just from talking to Mark this morning, he was at the facility earlier, I sure think he’s excited about this outcome, also,” McCrimmon said.

There is still no timeline for goaltender Robin Lehner’s return after he underwent successful shoulder surgery last week.

McCrimmon said the team won’t have a target date for Lehner until probably one month into his rehabilitation process. President of hockey operations George McPhee noted on “The Bob McCown Podcast” last week that Lehner was expected to be ready for training camp.

Lehner was 23-17-2 with a .907 save percentage and a 2.83 goals-against average this season while battling injuries and inconsistency.