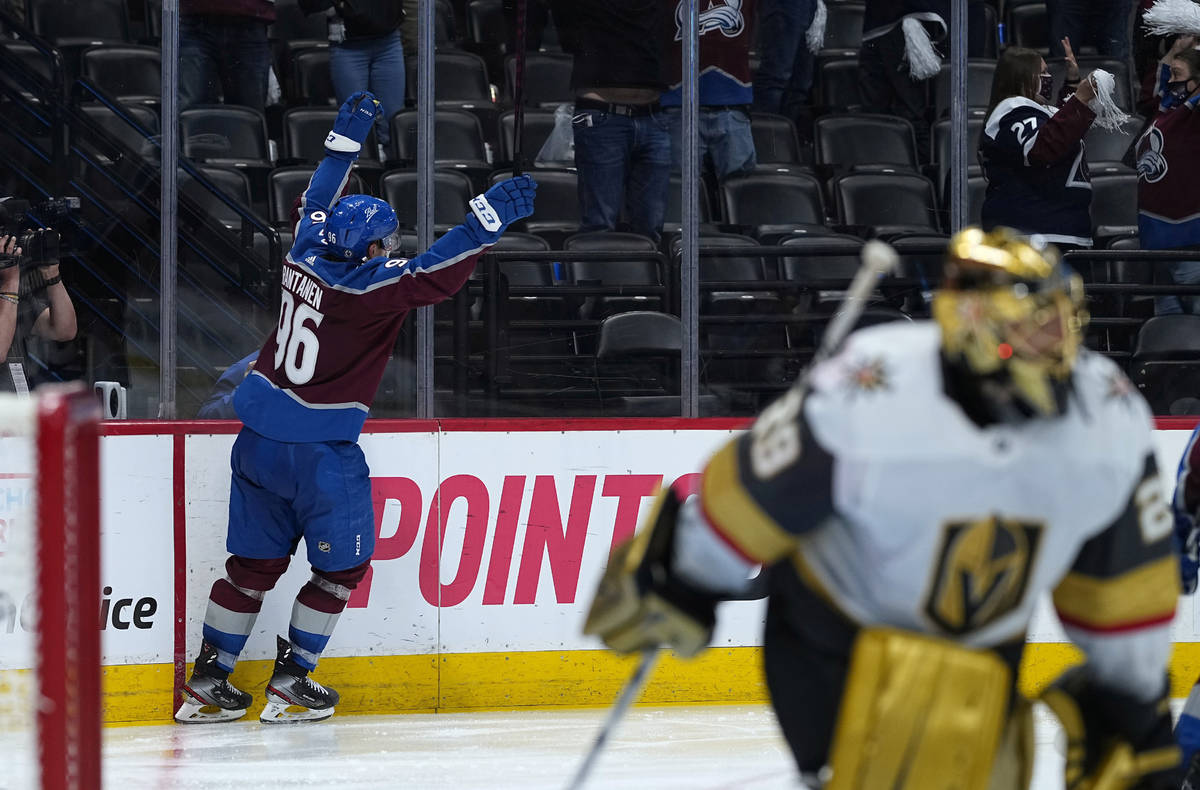 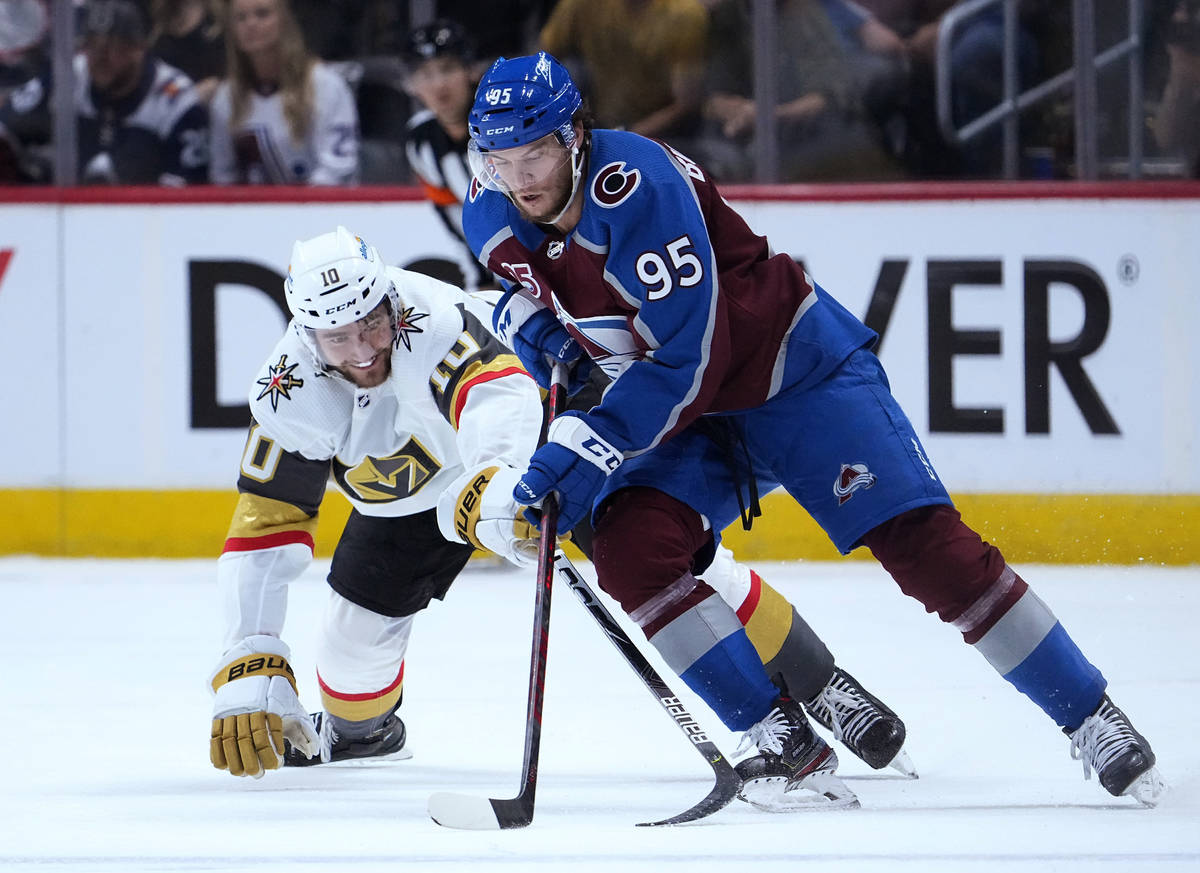 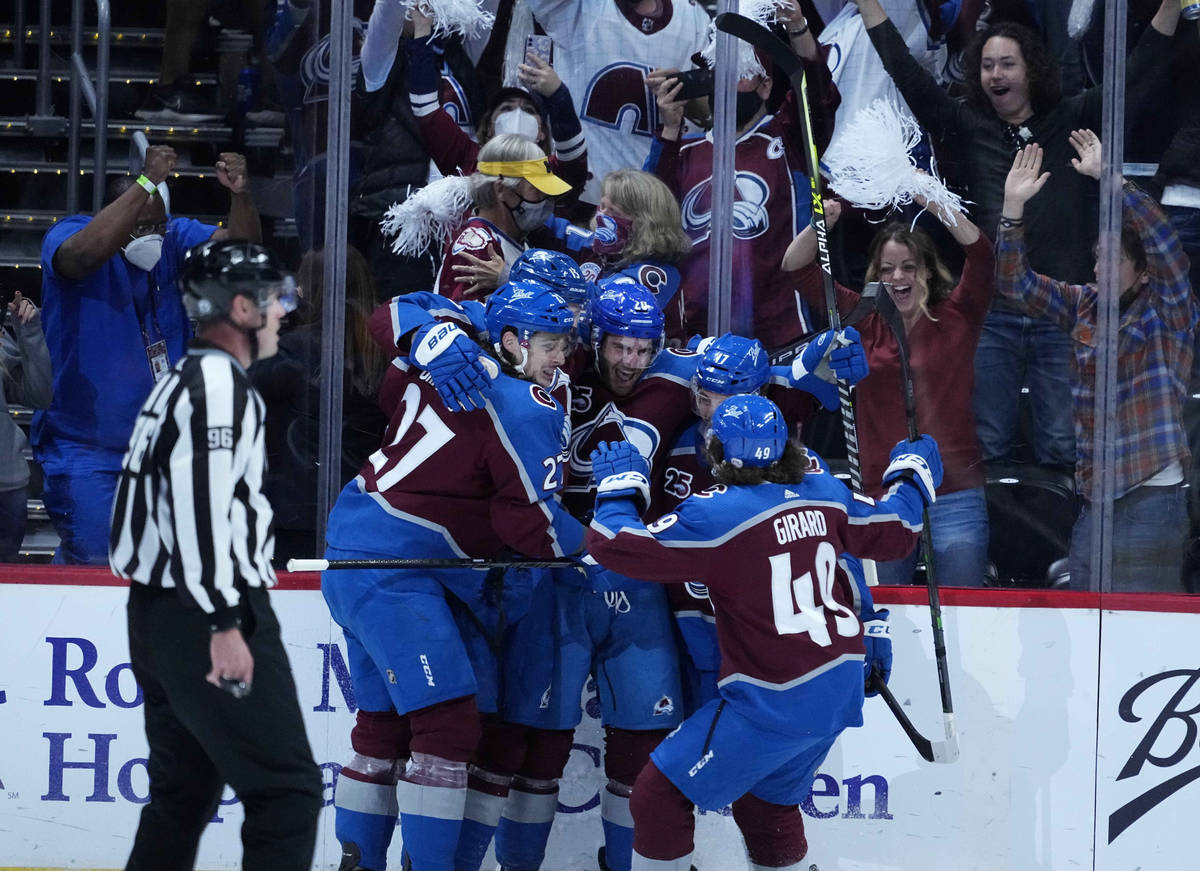 Colorado Avalanche left wing Brandon Saad (20) is congratulated by teammates after his goal against the Vegas Golden Knights during the first period in Game 2 of an NHL hockey Stanley Cup second-round playoff series Wednesday, June 2, 2021, in Denver. (AP Photo/Jack Dempsey) 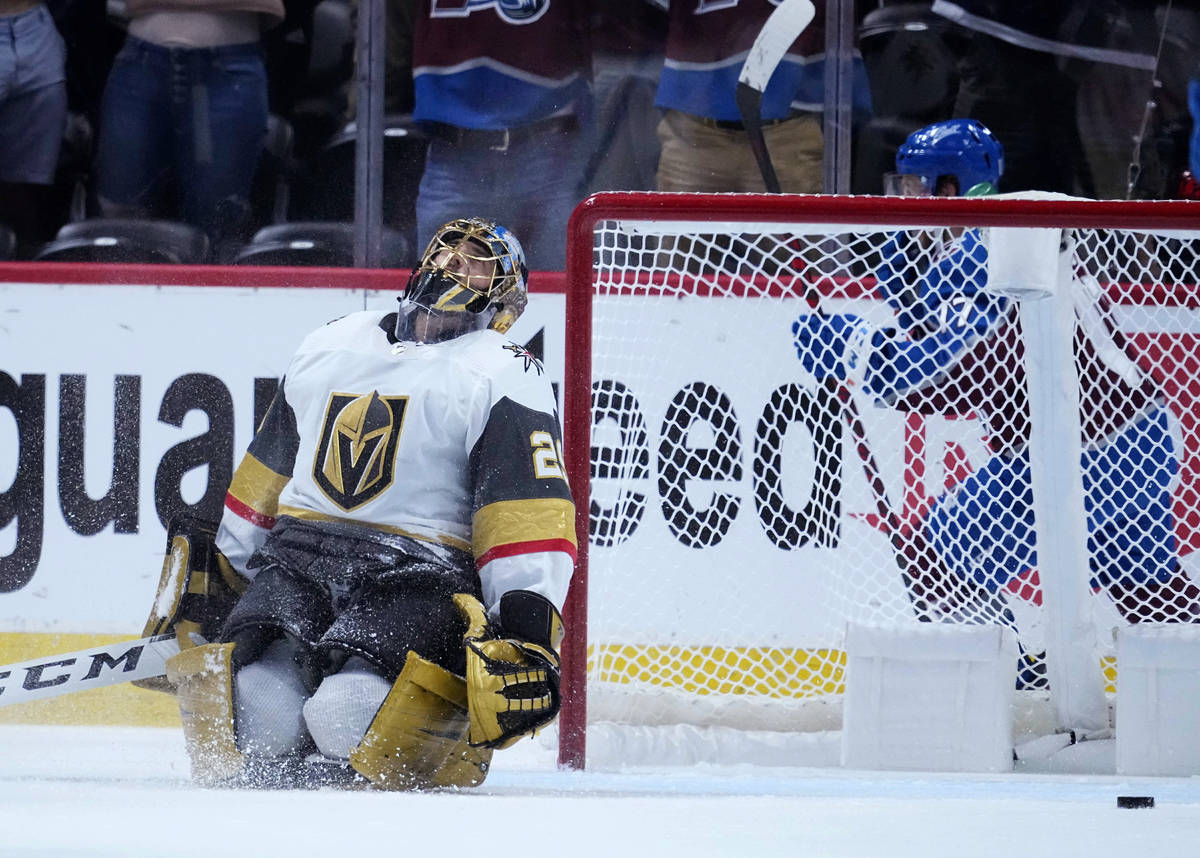 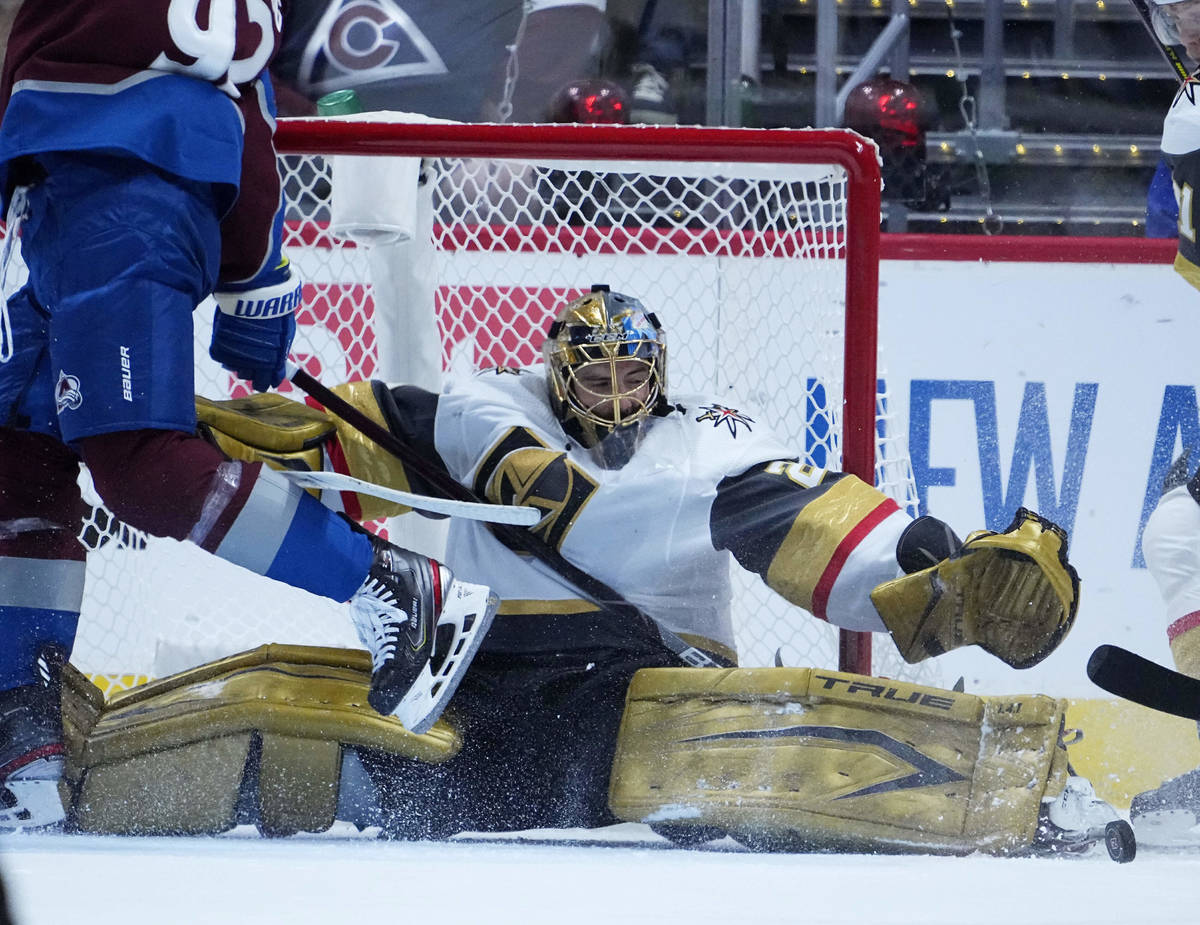 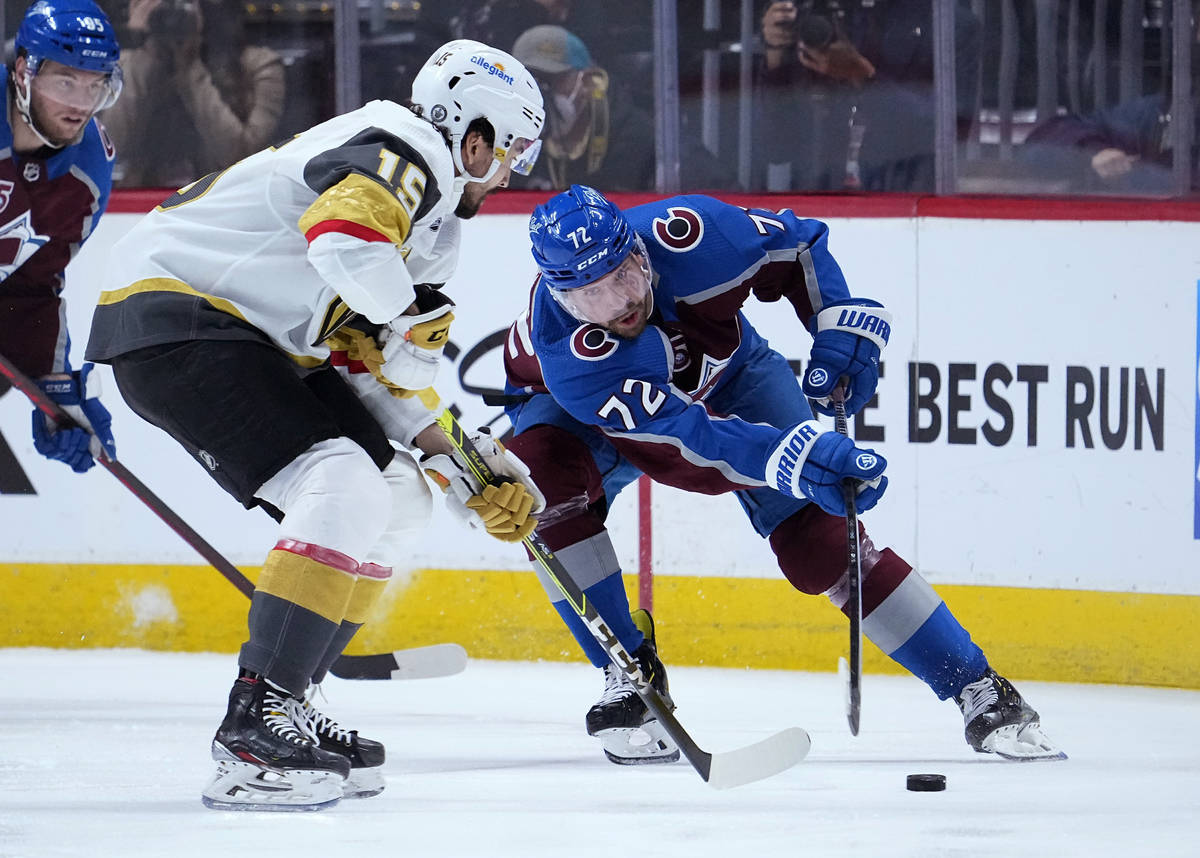 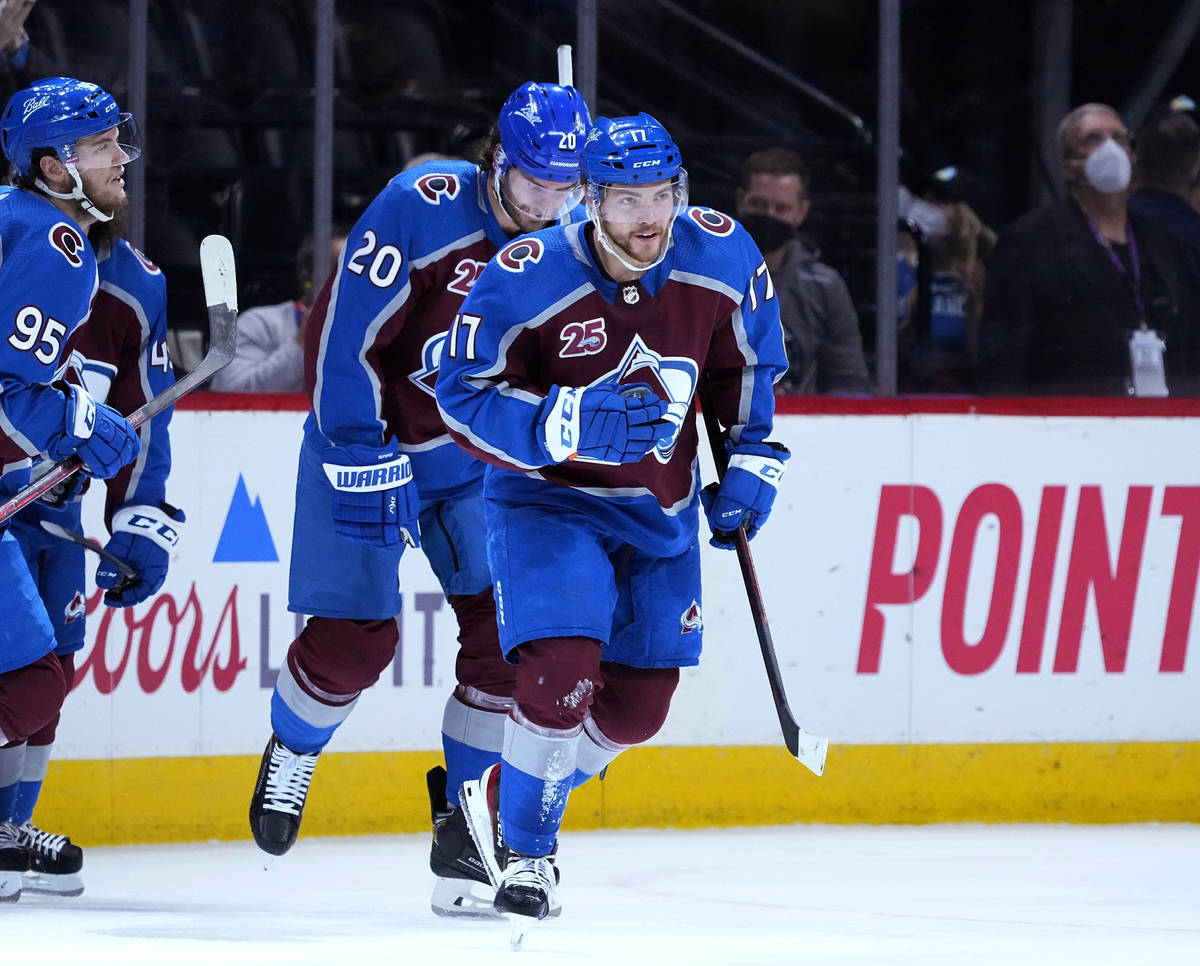 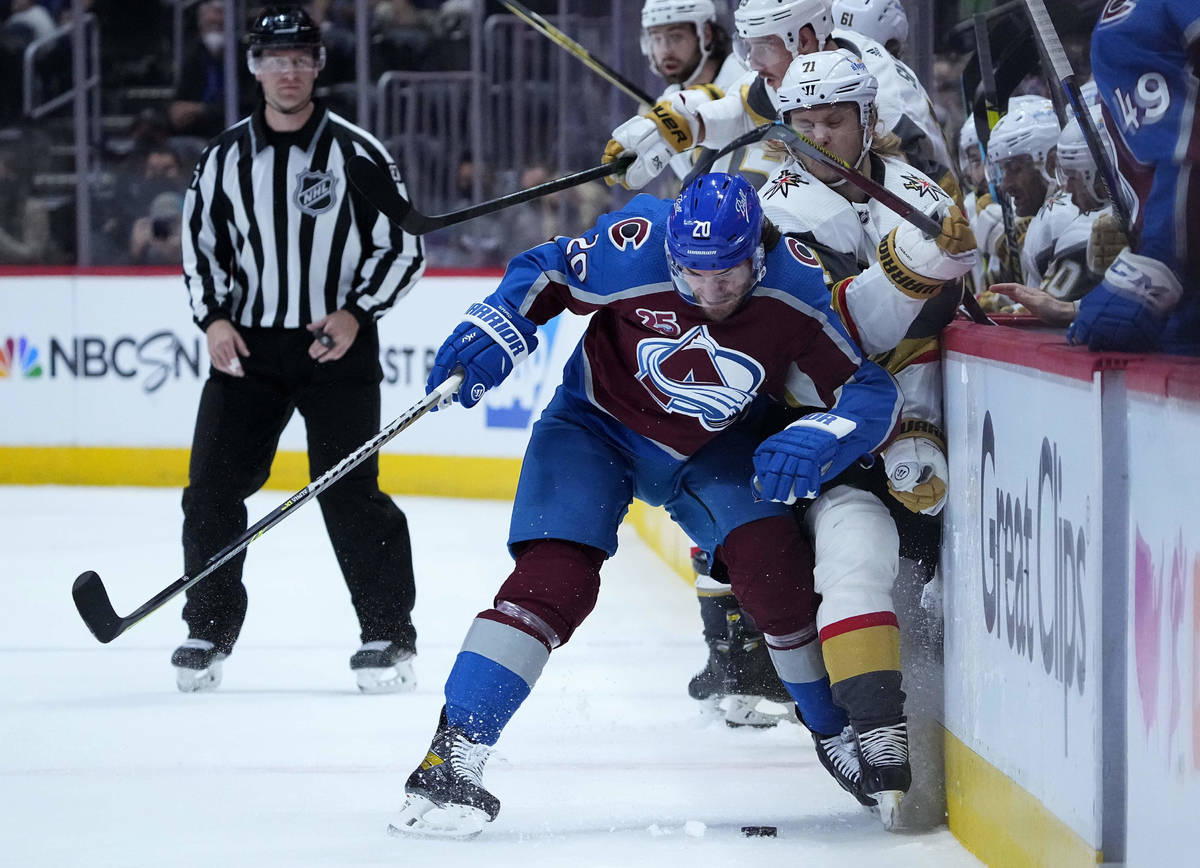 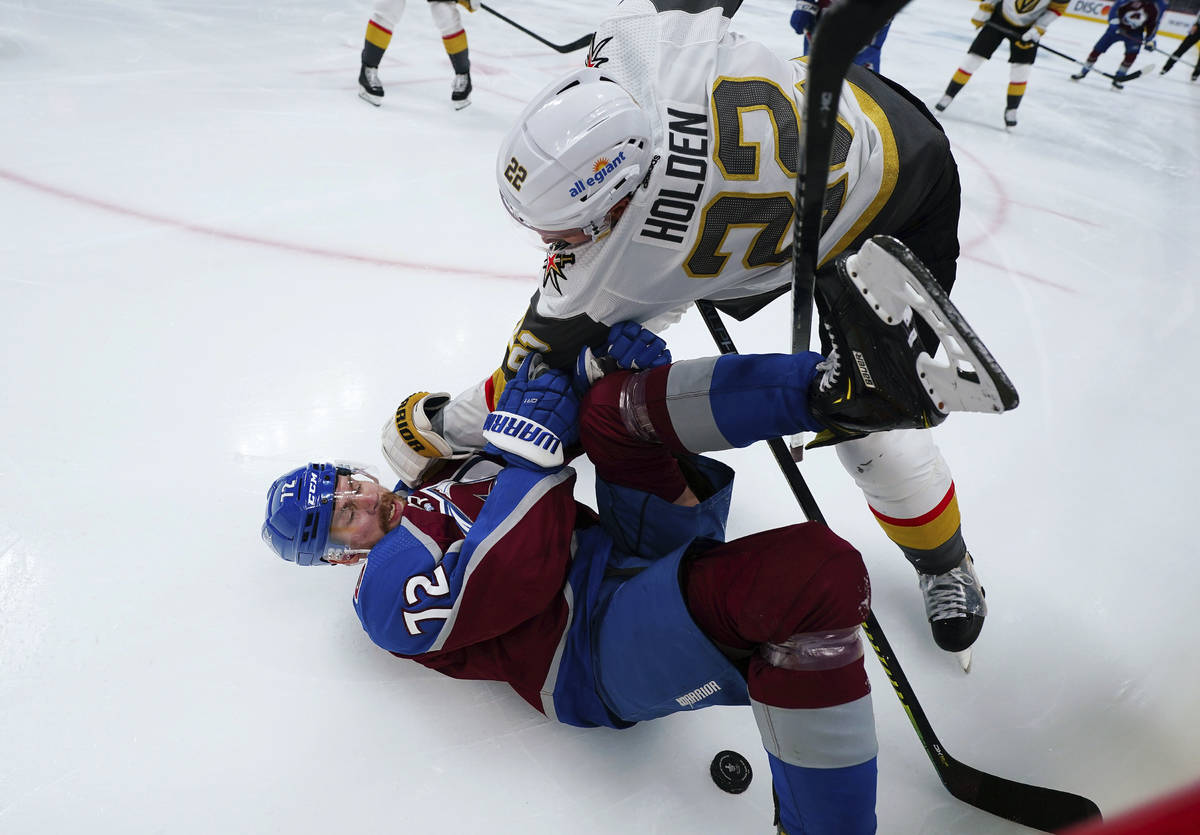 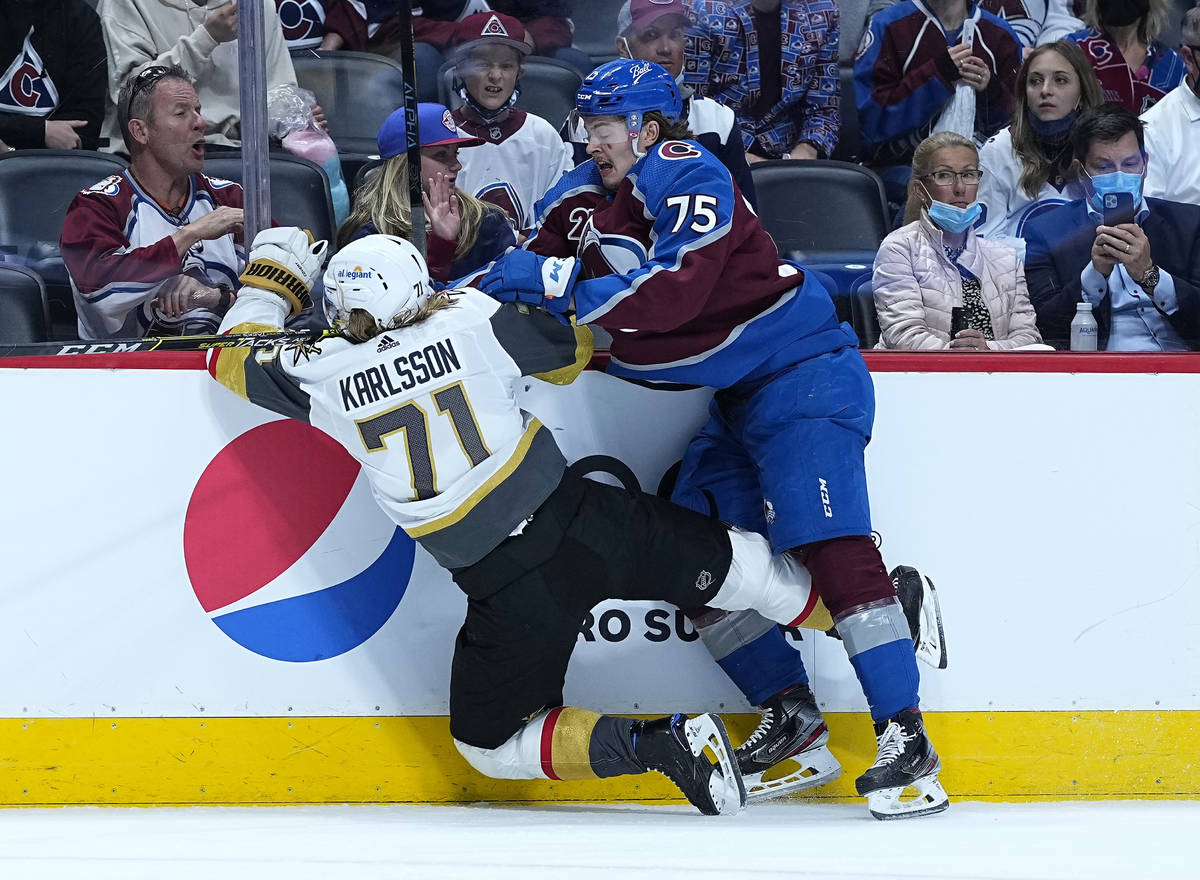 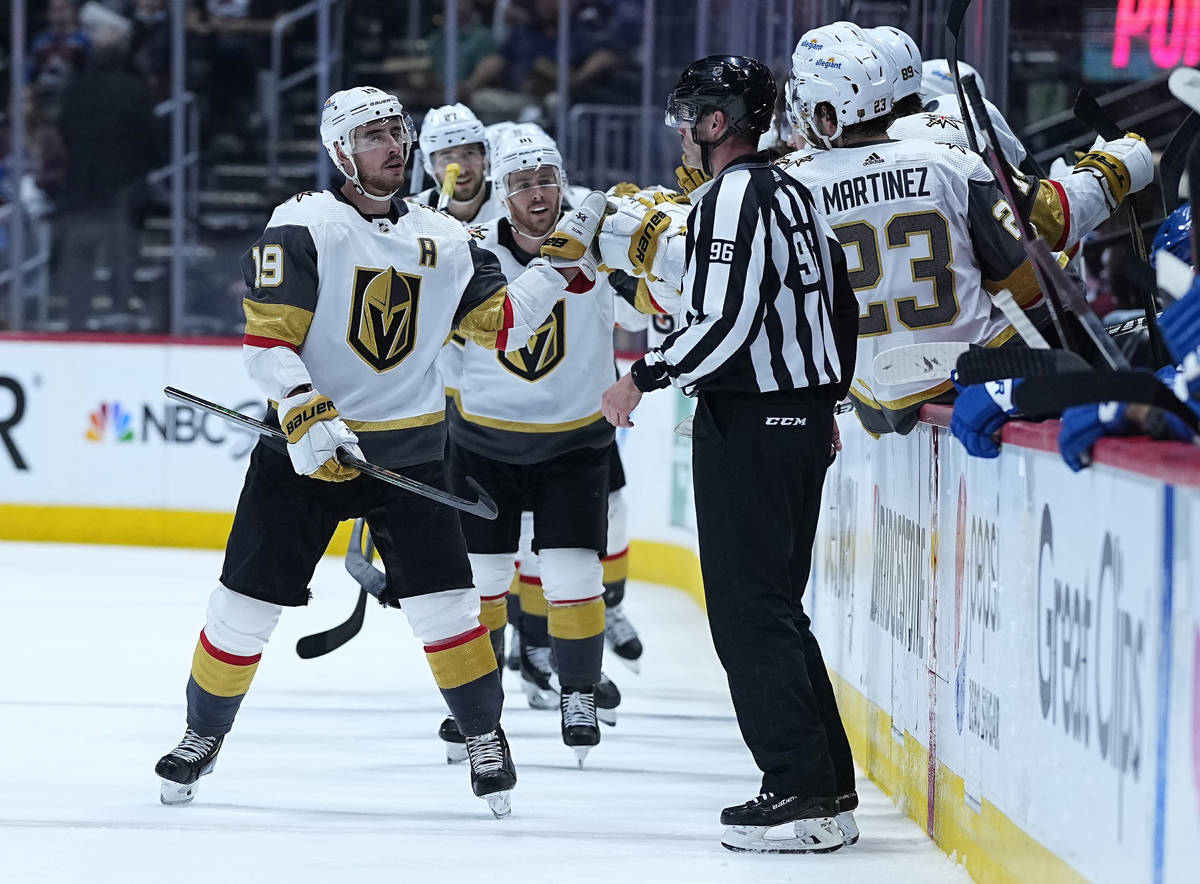 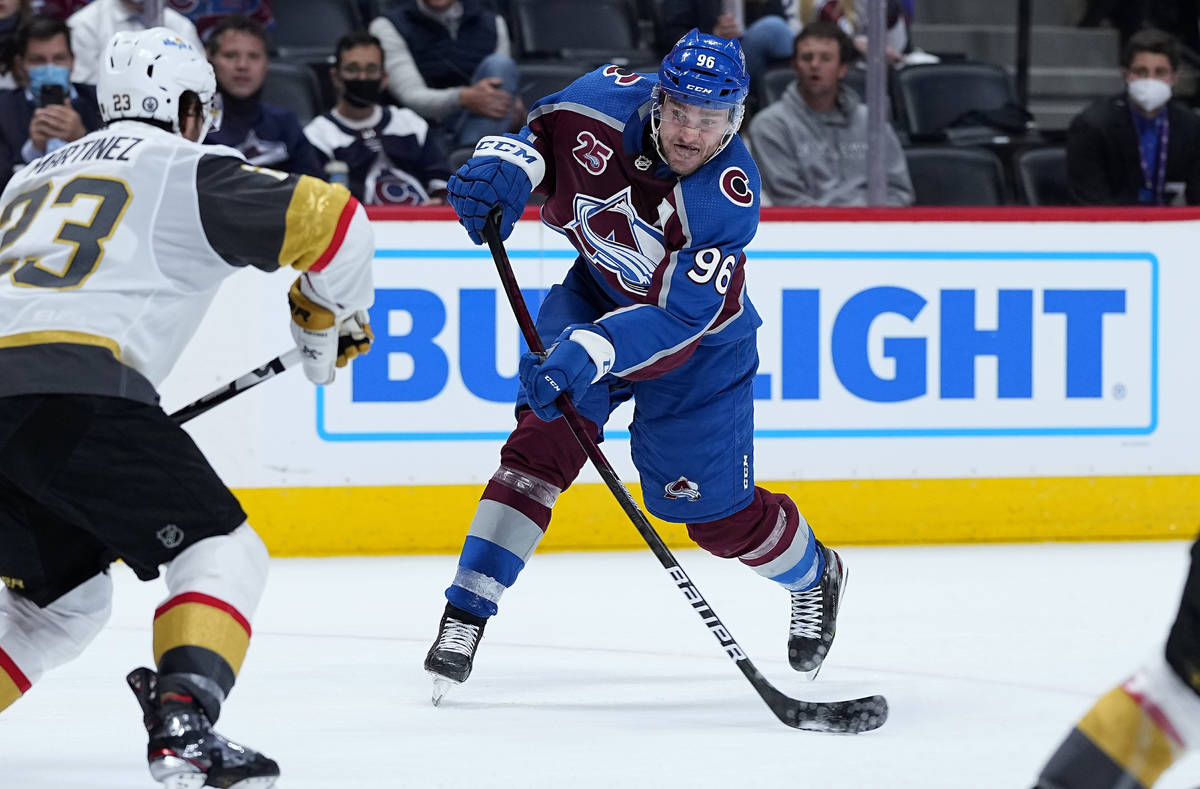 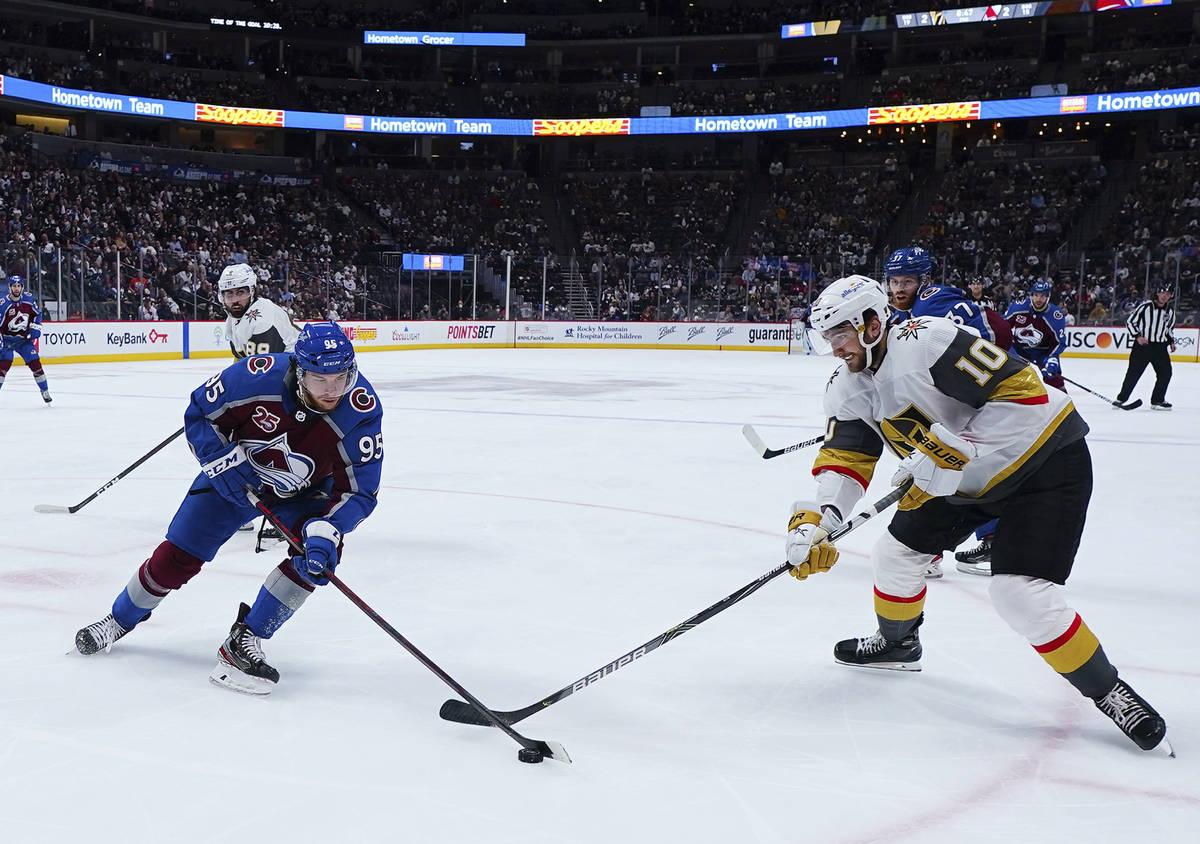 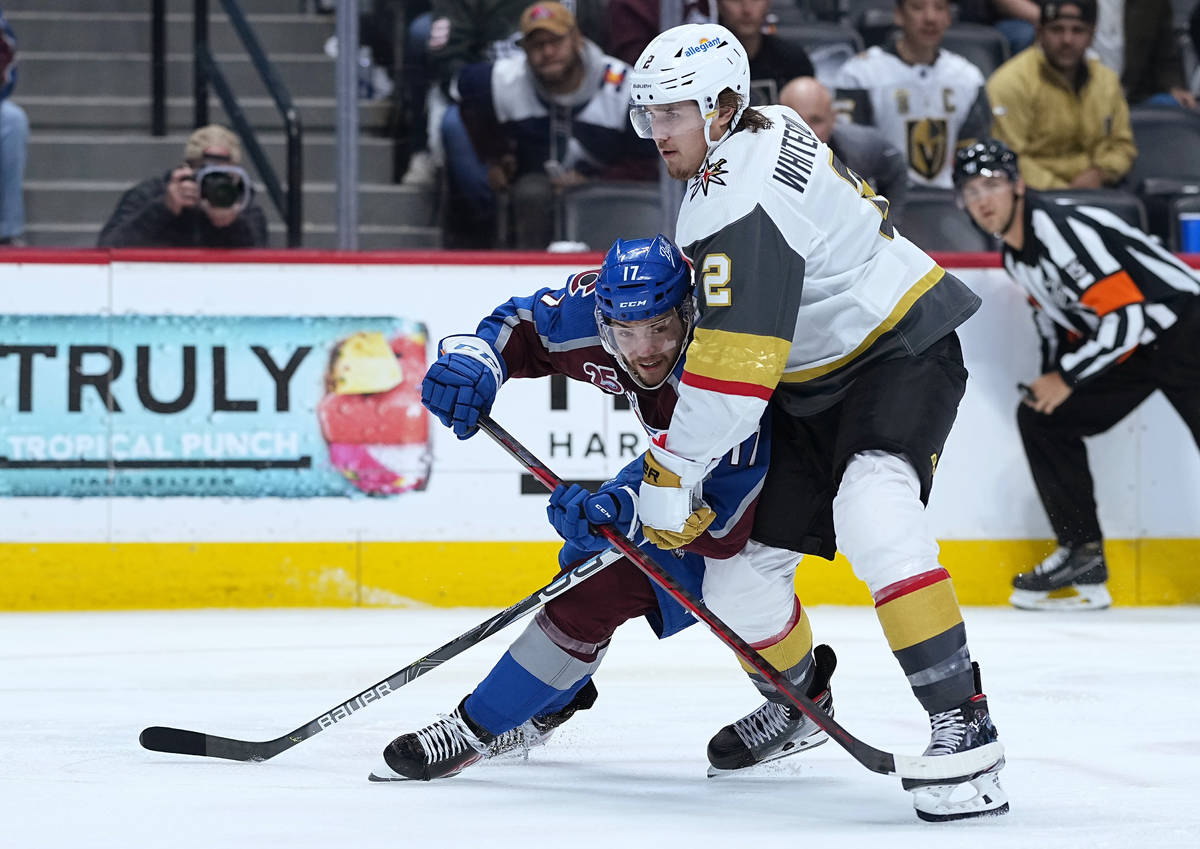 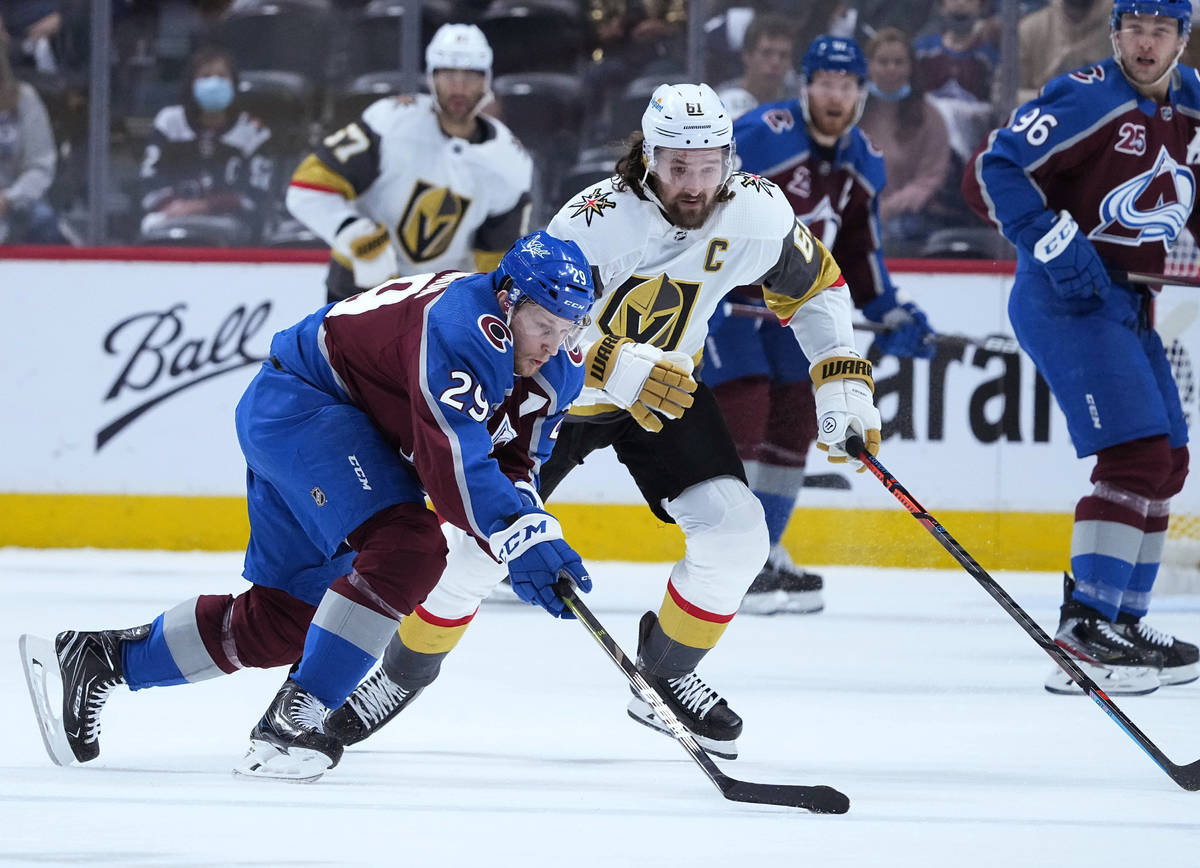 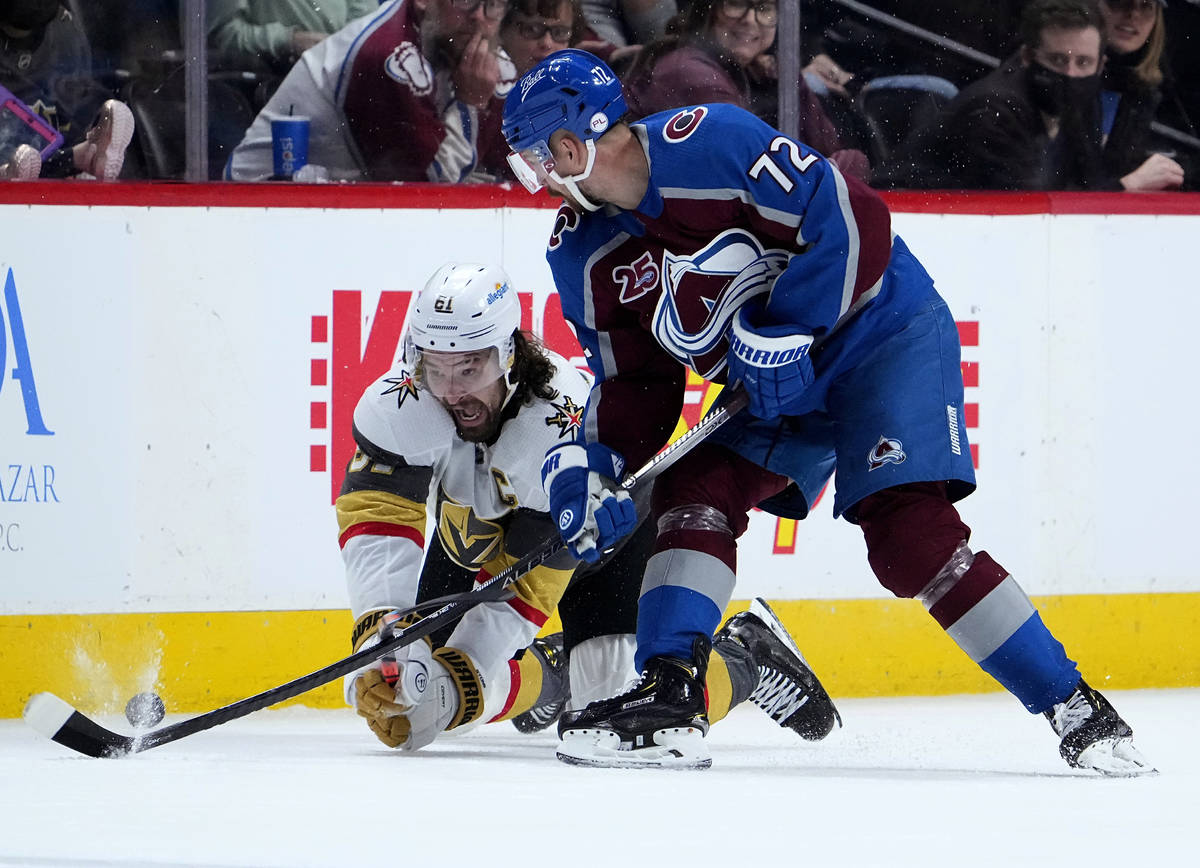 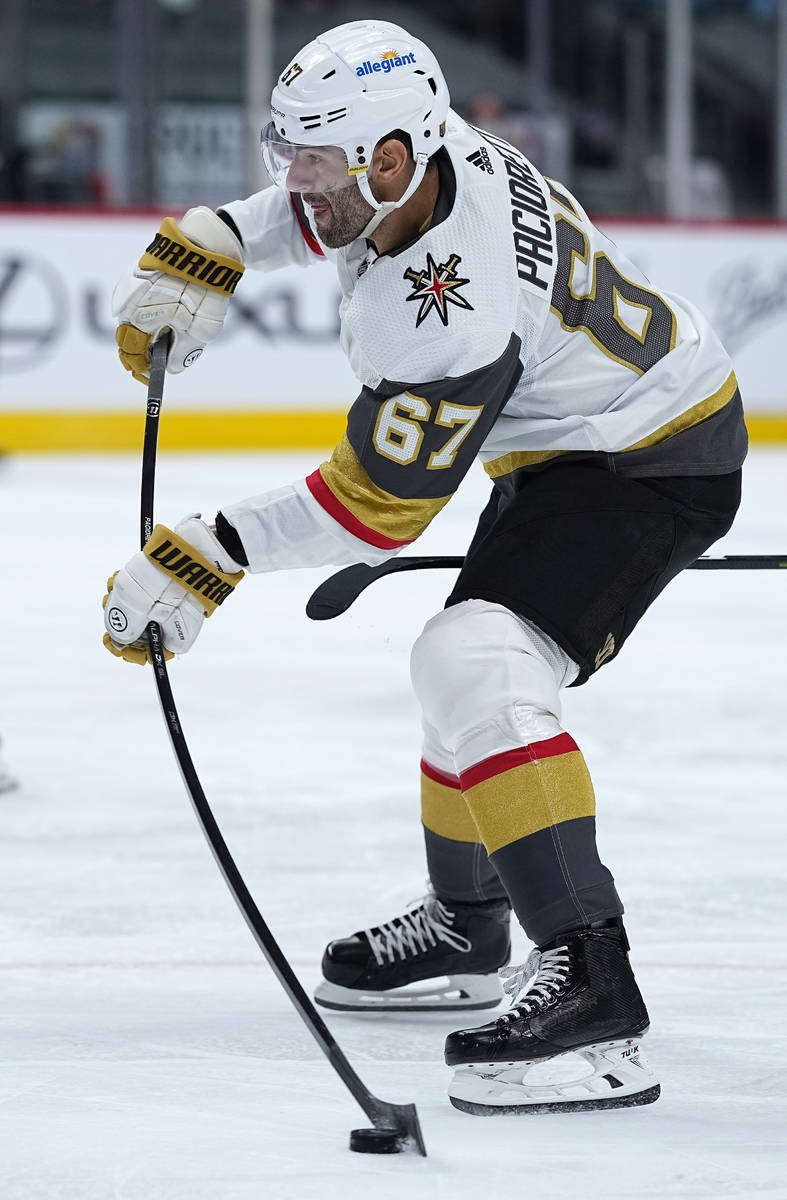 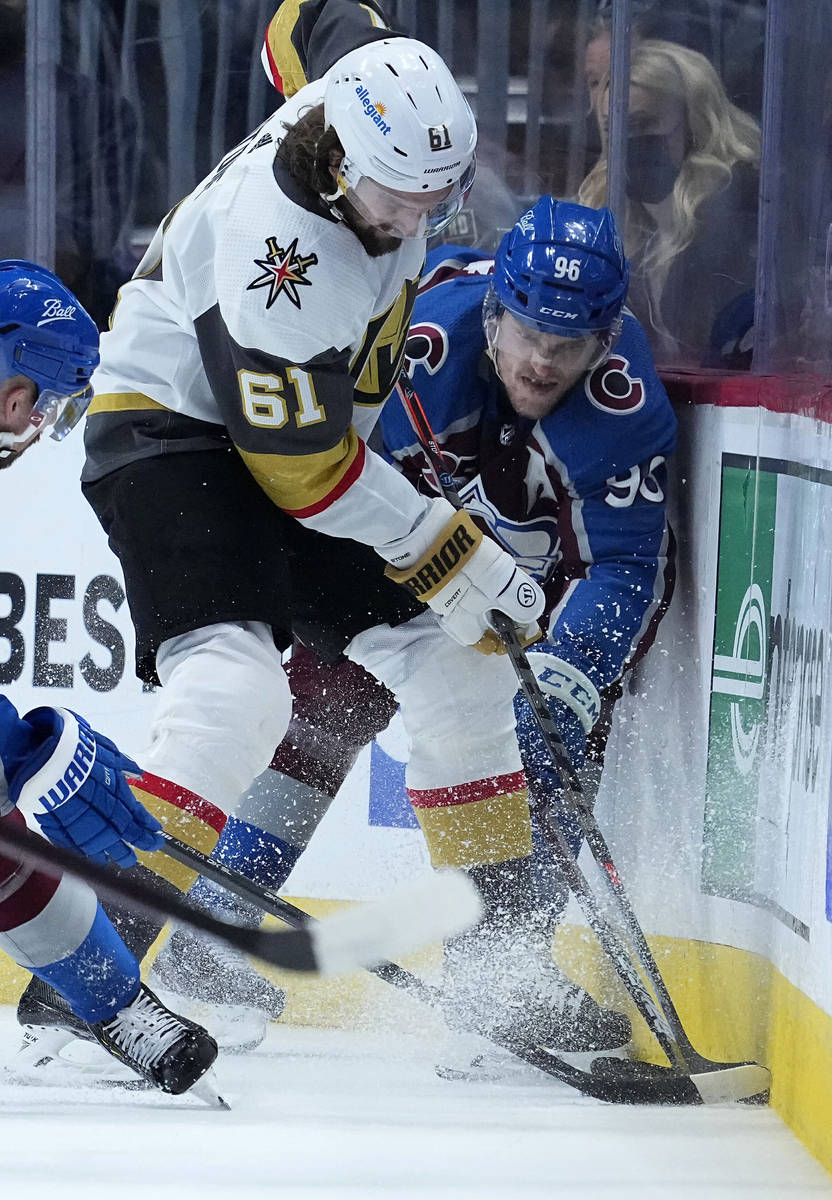 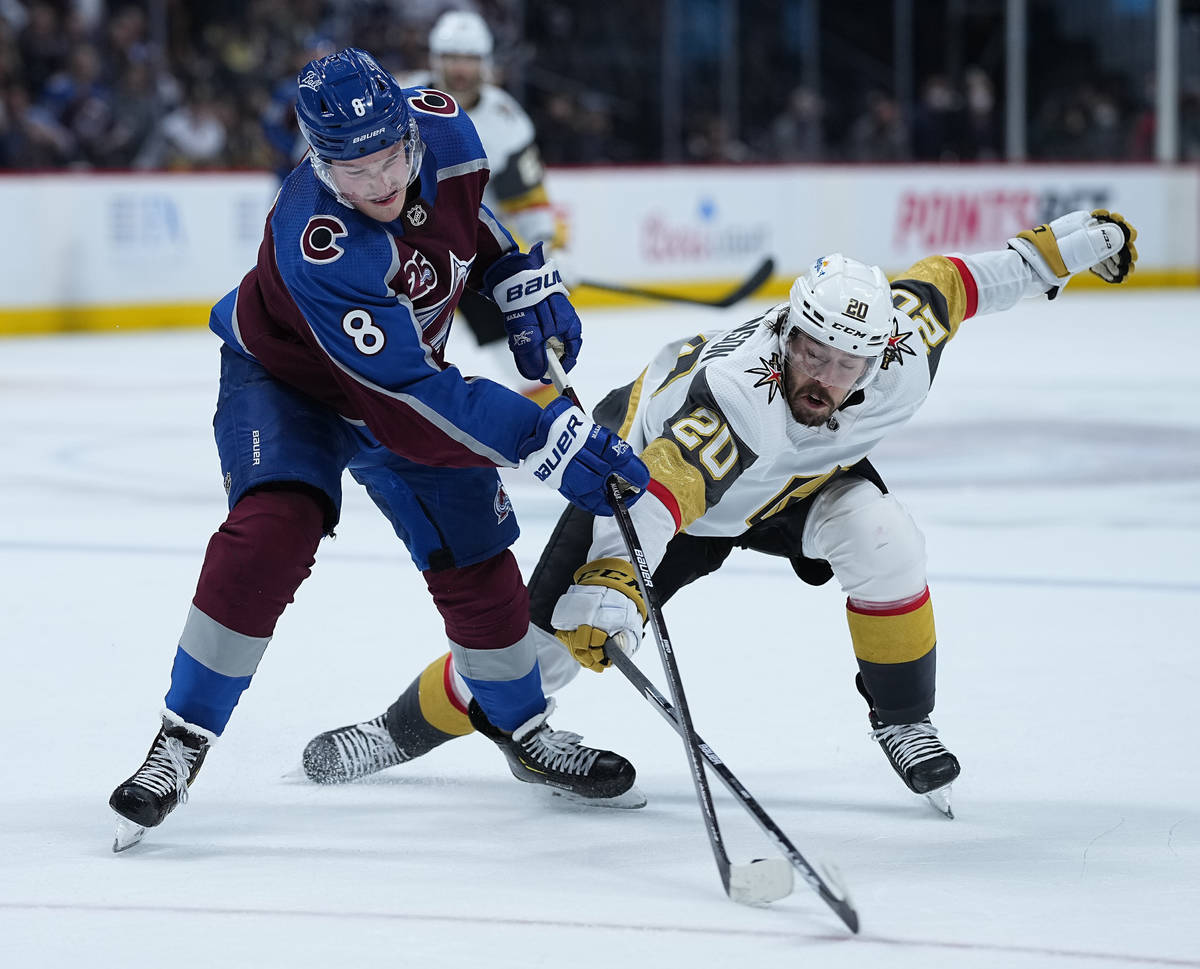 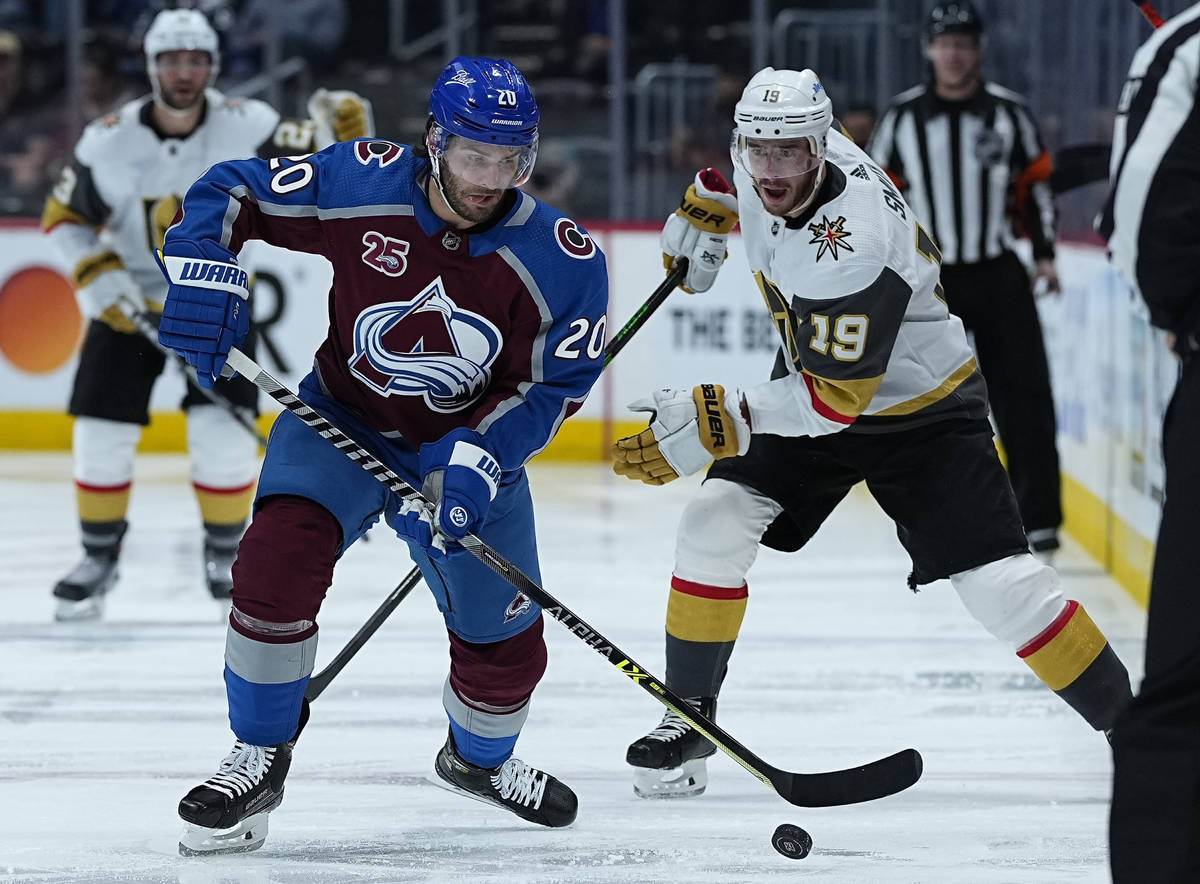 DENVER — Two chances early in the third period went off the post. Two shots from point-blank range were turned away.

And don’t forget the late power play the Golden Knights had in the third period that also was squandered.

The Knights found their legs Wednesday night and had more than their share of opportunities late to even the West Division final, but couldn’t finish and lost 3-2 in overtime to Colorado in Game 2 at Ball Arena.

Avalanche forward Mikko Rantanen converted on a power play 2:07 into the overtime to put the Knights in a 2-0 hole for the first time in franchise history. Game 3 of the best-of-seven series is Friday at T-Mobile Arena.

“It’s not easy to take when you lose in the playoffs,” coach Pete DeBoer said. “I thought we deserved better. Really liked a lot of the things that we did and our effort. Got to find a way to bury one of those chances and win a game.”

The Knights had an extra day off after getting blown out in Game 1 and executed their game plan to near perfection, getting pucks in deep and pressuring the Avalanche on the forecheck.

Reilly Smith and Alex Tuch each hit the post in the first two minutes of the third period, and Colorado goalie Philipp Grubauer turned away Max Pacioretty and Tuch from point-blank range later in the period.

Grubauer, named a finalist for the Vezina Trophy on Tuesday, also made three saves on a late power play after Smith clanked the post for the second time in the period.

“We got a lot of good looks,” right wing Mark Stone said. “We’ve got to capitalize when we have the opportunities.”

In overtime, Smith was penalized for slashing Rantanen on an offensive-zone faceoff 44 seconds in to give the Avalanche’s top-ranked power play its sixth opportunity of the game.

Afterward, DeBoer called it a “soft call,” and Stone said it was a stick battle between players fighting for the puck.

“I can’t even blame the referee on it,” DeBoer said. “They fooled them on it.”

With time winding down in the man advantage, Nathan MacKinnon found Rantanen in the right circle, and his wrist shot beat Marc-Andre Fleury high to the glove side for his third goal of the playoffs.

Colorado’s top line, which combined for five goals in the series opener, had been held without a point until then.

Fleury, back in net after resting in Game 1, finished with 22 saves.

“That last one there it’s on me,” Fleury said. “I should make that save and keep our team in the game.”

The Avalanche improved to 6-0 in the postseason and won their 13th straight home game dating to the regular season. They are 20-0-1 at home since March 27, and the Knights will need to win at least one game on the road to advance.

“Our guys battled back real hard,” Fleury said. “If we keep playing the way we did tonight, then we all have confidence in our team that we can come back in the series.”

Colorado cashed in on one of those opportunities to regain the lead. Tyson Jost maneuvered to the slot and one-timed a pass from Samuel Girard for a power-play goal with 2:52 remaining in the period.

The Avalanche went 2-for-6 on the power play and are 10-for-23 in the postseason.

Brandon Saad put the Avalanche ahead 3:39 in when he got a step on Knights defenseman Alex Pietrangelo at the blue line and beat Fleury with a changeup through the legs.

The Knights responded in the second with their best period of the series, putting pucks below the goal line and pressuring Colorado on the forecheck.

The reward came with 9:32 remaining in the second after Shea Theodore created a turnover in the neutral zone. Jonathan Marchessault found Smith with room on the left wing, and he made a move to his backhand before finishing up high for his second goal of the postseason.

Marchessault nearly put the Knights ahead late in the second, but Grubauer got a piece of the shot and sent it off the post with 3:40 left in the period.

“We slowed them down obviously,” Stone said. “They got some guys that bring heavy speed, and we forced a lot of dumps. That’s what we have to do against these guys.” 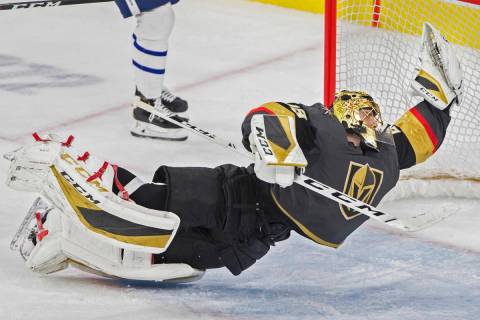 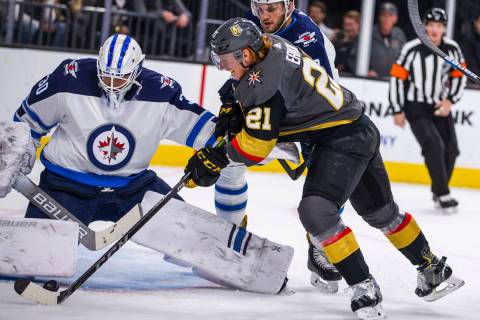 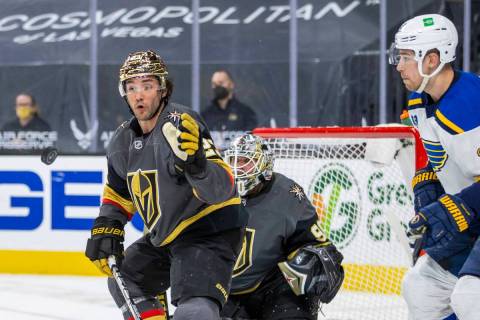 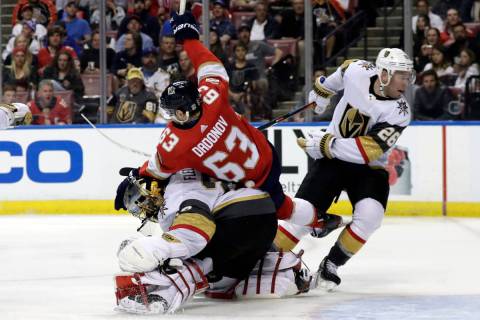