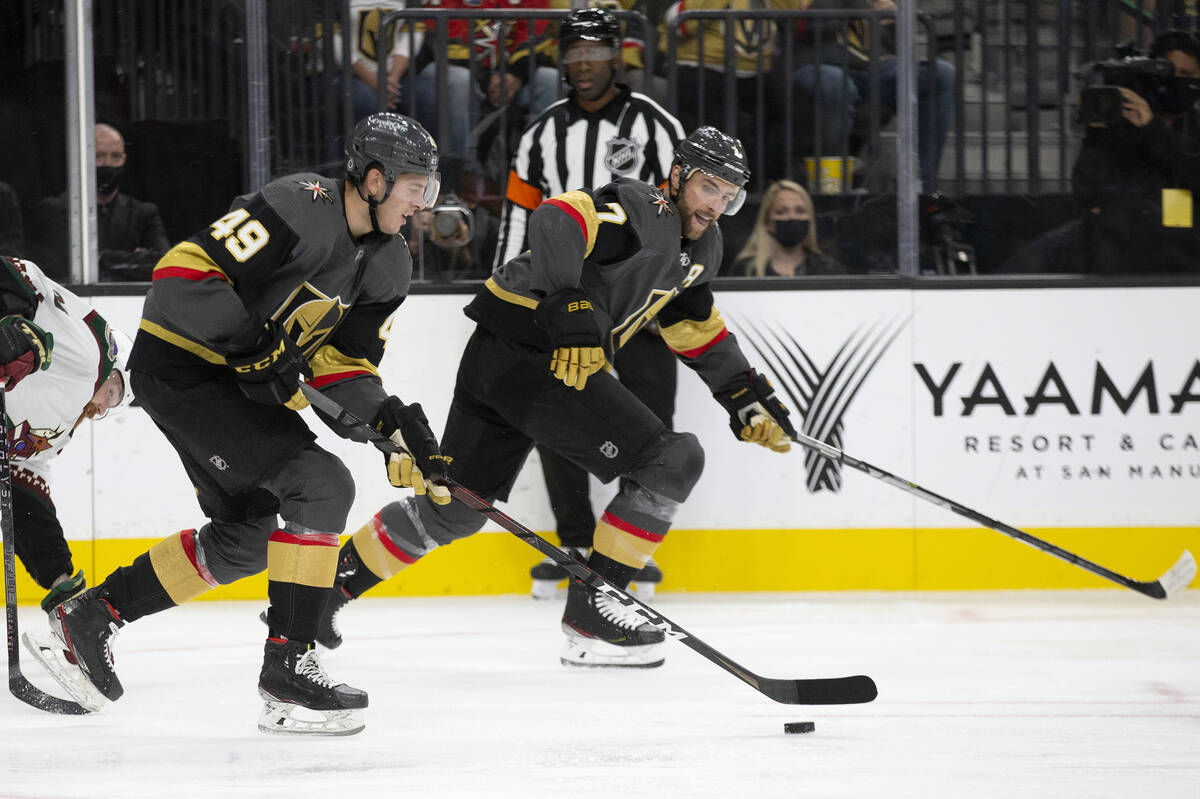 Golden Knights defenseman Peter DiLiberatore (49) and defenseman Alex Pietrangelo (7) skate toward the net during the second period of a preseason NHL hockey game against the Coyotes on Thursday, Oct. 7, 2021, at T-Mobile Arena, in Las Vegas. (Ellen Schmidt/Las Vegas Review-Journal) @ellenschmidttt

The Golden Knights got two players out of the NHL’s COVID-19 protocol and back at practice Thursday.

Defenseman Alex Pietrangelo and right wing Evgenii Dadonov skated with the team after going into the protocol Dec. 21. They were allowed to return sooner than initially expected because of a change made by the NHL and NHL Players’ Association on Wednesday that allowed fully vaccinated players to come back in five days rather than 10 if certain conditions are met.

The Knights still have coach Pete DeBoer and center Brett Howden in the COVID-19 protocol. Both went in Monday.