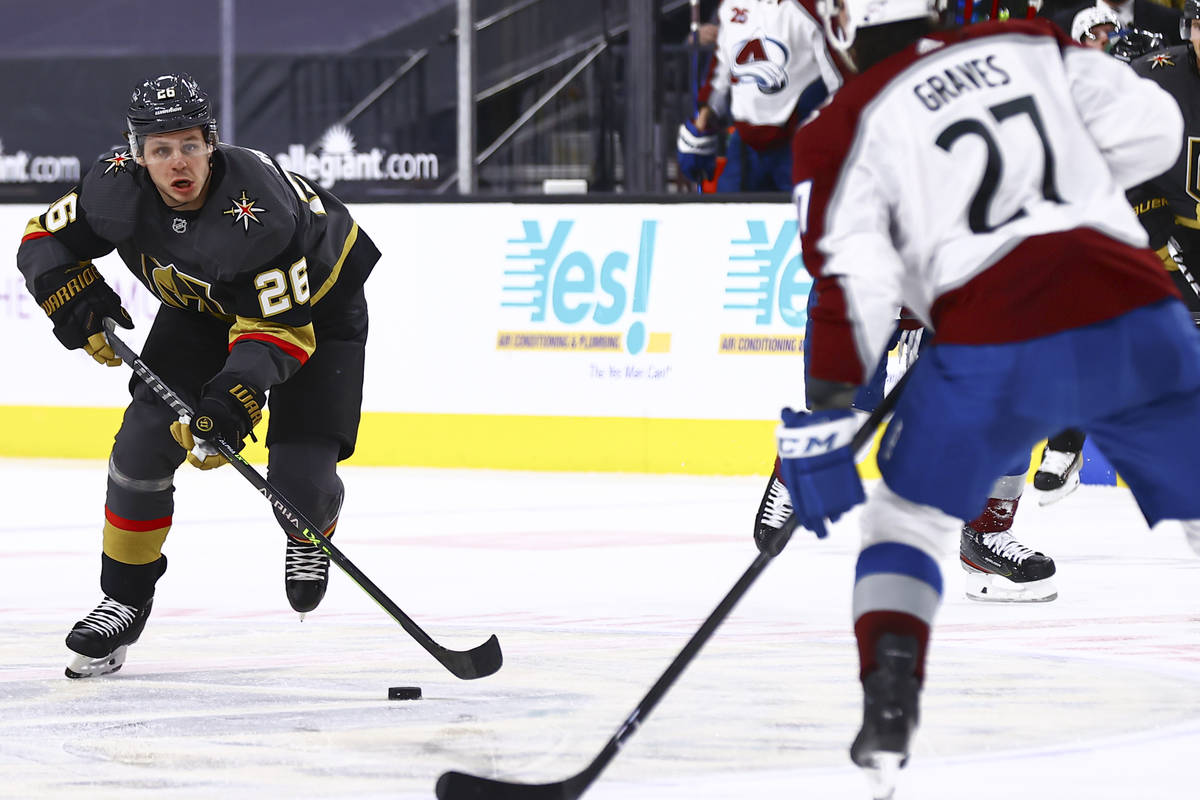 Mattias Janmark spent his first stint with the Golden Knights living out of a hotel after getting moved before the trade deadline.

He hopes his second stay will be a lot more comfortable.

Janmark re-signed with the Knights after NHL free agency began Wednesday on a one-year, $2 million contract. The versatile forward said he’s glad to be back and thinks he’ll be better because he’s gotten to know the team.

“The hardest part last year was the fact of being traded and not really having a home,” Janmark said. “Everything’s going to come a little bit easier because last year in the beginning you were really focused (on learning), and maybe a couple things slipped along the way and you have to start thinking a little bit more. So this year, from the start, you can play a little bit more loose and you’re going to know a little bit more about the system.”

Despite the challenges, Janmark still performed well after being acquired from Chicago on April 12. The 28-year-old had five points in 15 regular-season games and eight points in 16 playoff games.

The highlight of his tenure came in Game 7 of the first round against Minnesota, when he recorded one of the three playoff hat tricks in franchise history.

Janmark, a pending unrestricted free agent when he was acquired, called himself a “short-term add” in his exit interview. General manager Kelly McCrimmon said it was a bonus that the team was able to bring him back. Janmark said he wasn’t surprised he re-signed, but he knew the Knights needed to do certain things to make it happen.

Janmark wants to improve his game playing for a competitive roster and push for a spot on the Swedish Olympic team if NHL players are allowed to go to the Games.

“It’s for sure been a dream for as long as I can remember,” Janmark said. “You always watch that growing up back in Sweden. It’s been far from reality for me, but if I can play some good hockey, there’s maybe going to be an opportunity there.”

Center Tomas Nosek, one of the Knights’ expansion draft selections, moved on Wednesday by signing a two-year deal with the Boston Bruins with an average annual value of $1.75 million.

Nosek had played only 17 NHL games before coming to Las Vegas. He made 257 appearances for the Knights, scoring 66 points in 257 games.

“When the expansion draft happened, I was mostly an AHL player,” Nosek said. “I want to say thank you to Vegas for giving me the chance to become an NHL player.”

Nosek earned a raise from the Bruins after scoring a career-high 18 points last season in 38 games. He will be remembered in Las Vegas for scoring the first regular-season goal at T-Mobile Arena and getting the game-winning goal in the Knights’ only Stanley Cup Final win.

“Really proud of him,” McCrimmon said. “Happy for him to get a real good contract in Boston.”

— Forward Dylan Sikura signed a one-year deal with the Colorado Avalanche on Thursday. He appeared in six regular-season games for the Knights and two playoff games, scoring two goals in the regular-season finale against San Jose. He was the Silver Knights’ fifth-leading scorer with 22 points in 30 games.

— Forward Danny O’Regan signed a two-year contract with the Anaheim Ducks. He was the Silver Knights’ leading scorer last season with 37 points in 37 games.