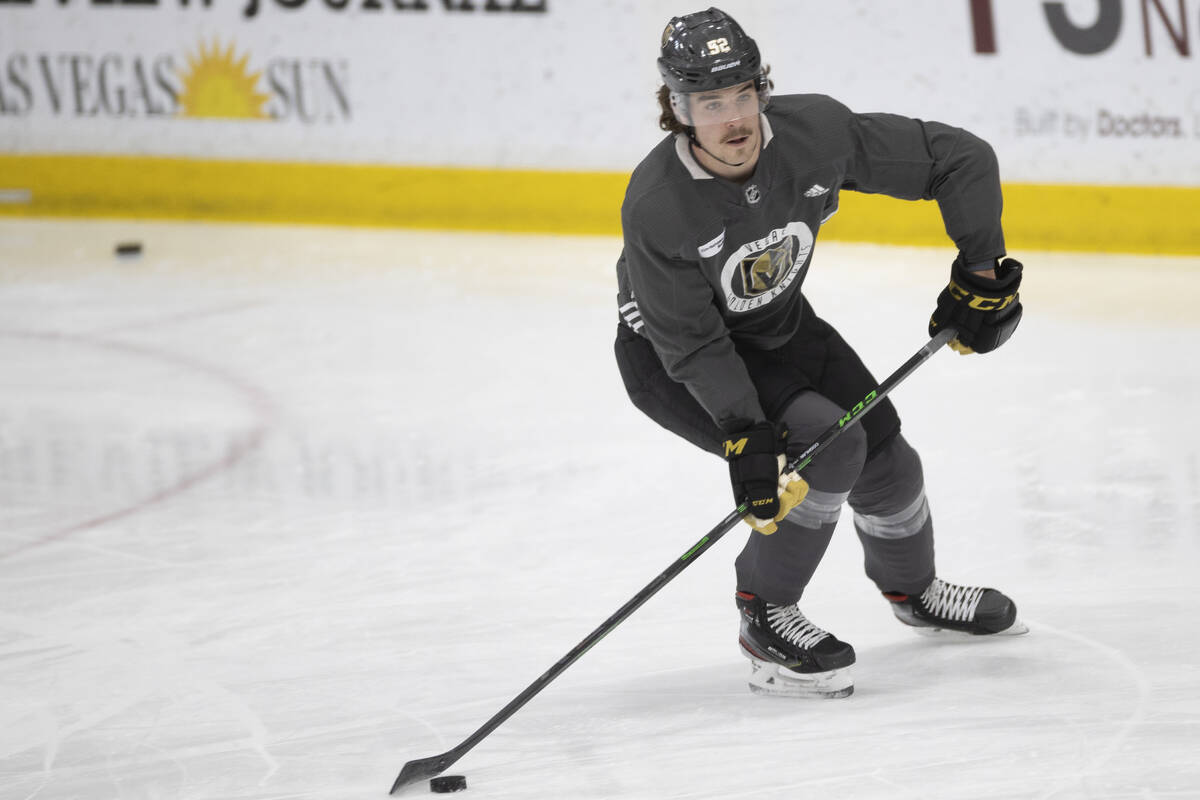 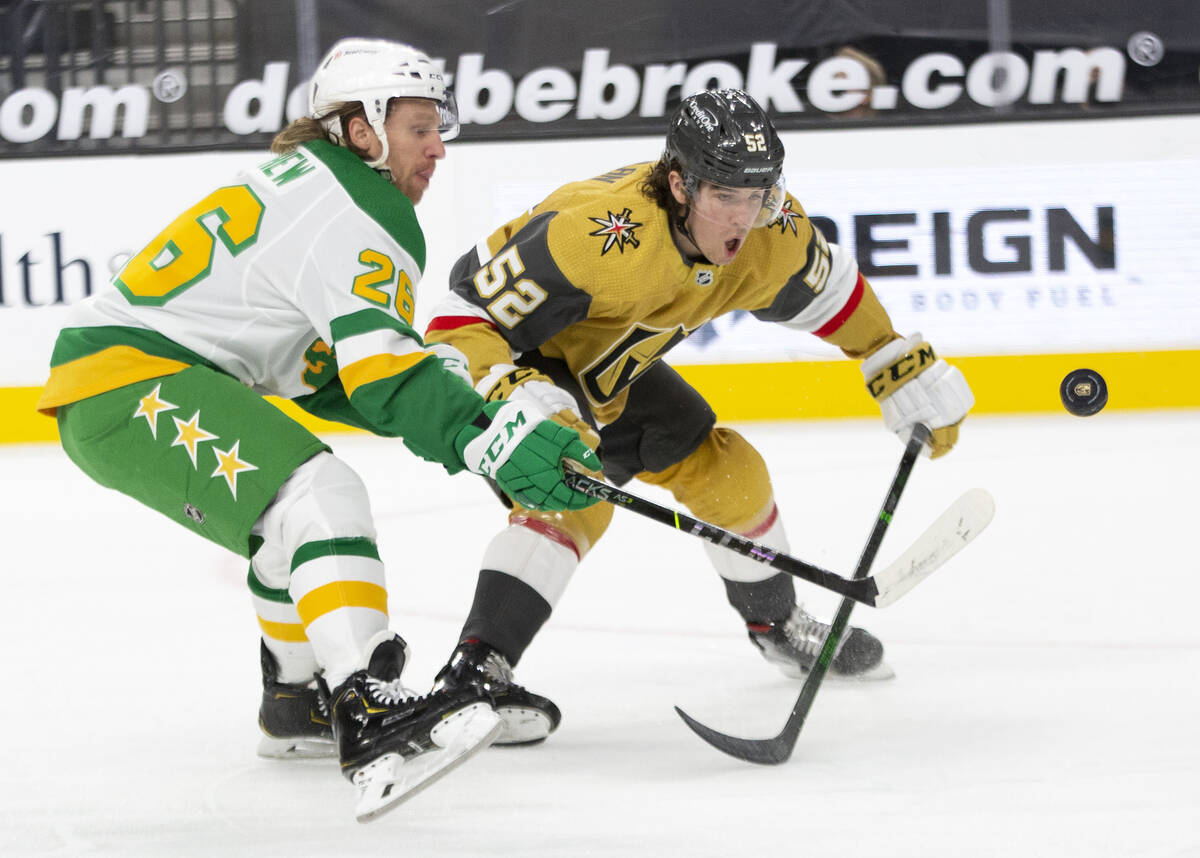 One restricted free agent down, one to go for the Golden Knights.

Defenseman Dylan Coghlan signed a two-year contract, the team announced Wednesday, ensuring he will be in training camp when it opens next week.

“Really pleased to get Dylan under contract,” general manager Kelly McCrimmon said. “We are encouraged by his progress to date and look for continued development. He’s a good, young NHL defenseman.”

Coghlan, 23, made his NHL debut last season and appeared in 29 games, tallying six points. He notched a hat trick March 10 in a loss at Minnesota, becoming the third defenseman in NHL history to score his first three career goals in the same game.

With the top six all back from last season, Coghlan appears to be slotted as the team’s seventh defenseman entering training camp and will battle for more playing time.

Patrick arrived in a July trade after he slumped to nine points in 52 games for the Philadelphia Flyers. The former second overall pick in 2017 is one of several restricted free agents around the league without a contract as camp approaches.

The Knights remain near the $81.5 million salary cap, according to CapFriendly.com and PuckPedia.com, but have space to sign Patrick with forward Alex Tuch (shoulder surgery) going on long-term injured reserve.

Bischoff played in seven games for the Silver Knights last season before he was injured. He didn’t appear in the regular season after March 7 and missed the playoffs.

McCrimmon did not say how long Bischoff is expected to remain sidelined.

The annual Golden Knights’ Fan Fest will be at 5:30 p.m. Thursday outside at the Downtown Las Vegas Events Center.

Players from the parent club and affiliate Henderson Silver Knights are expected to attend, as are Golden Knights broadcasters.

A question-and-answer session with players are among the activities for fans. The first 500 fans receive a free hat, and food and drinks will be available for purchase.