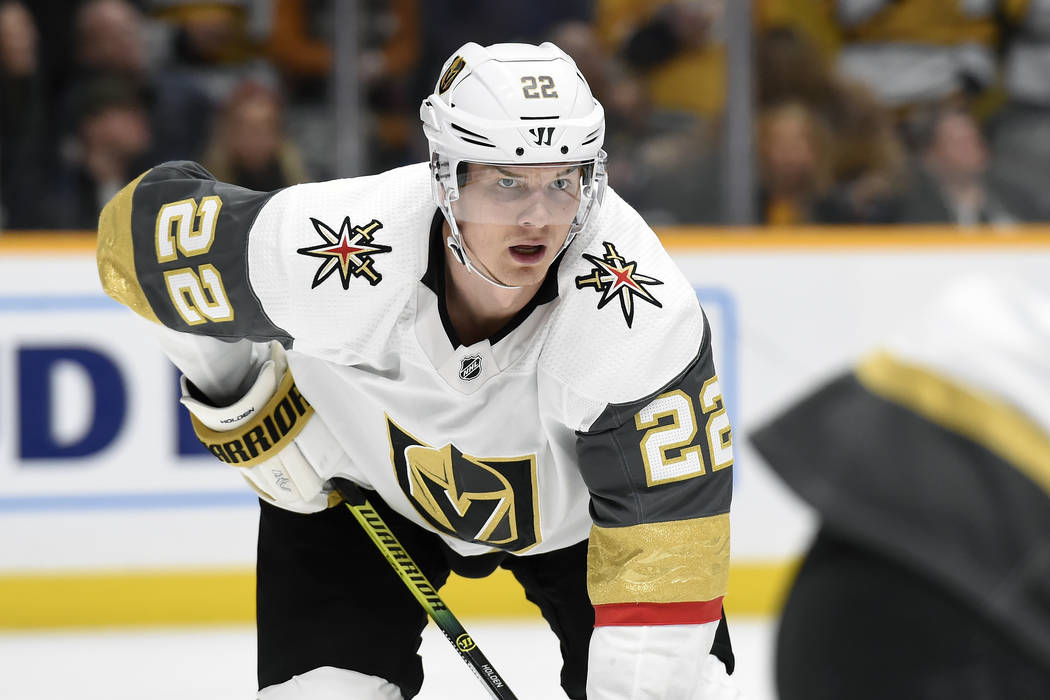 Trade deadline day is typically highlighted by players coming and going on rosters throughout the National Hockey League.

But for Nick Holden, it was a day to find out he would be staying put for the next couple years.

The Golden Knights re-signed the defenseman to a two-year, $3.4 million contract extension through 2021-22, the team announced Monday.

“He is one of the best guys in the National Hockey League,” general manager Kelly McCrimmon said at a Monday news conference. “When we play on the road, every time, Nick Holden is at the visiting dressing room talking to somebody. He knows people all over. He’s just a really nice person.”

Holden, who has 44 goals and 94 assists in his career, makes $2.2 million this season and was set to become an unrestricted free agent July 1.

The 32-year-old has five goals and 11 points in 54 games and has formed a steady partnership with Shea Theodore. He also has 24 takeaways and is on pace to surpass his career-high equaling 26 from last season and brings a veteran presence to the locker room.

“He’s a pro every day,” McCrimmon said. “You get the same guy and, yeah, that does matter to us. … If he was partnered with a young player, I can’t imagine a better mentor. There’s a lot of value there with Nick.”

Holden had three goals and 15 points in 61 games with the Knights last season, his first with the team. The St. Albert, Alberta, Canada native has played with five teams during his nine seasons in the NHL.

Brown, Quinney back to Chicago

Forwards Patrick Brown and Gage Quinney played together on the fourth line during Sunday night’s overtime win in Anaheim over the Ducks.

They were both shipped back to the AHL affiliate in Chicago after the game.

Quinney played two games for the Knights, becoming the first Nevada-born player to compete in the NHL during Saturday night’s home game at T-Mobile Arena. He recorded his first career NHL point with an assist in the win.

Brown scored a goal Sunday in his first NHL game since the 2016-17 season with the Hurricanes, becoming the ninth player in Knights’ history to score in his debut with the team.