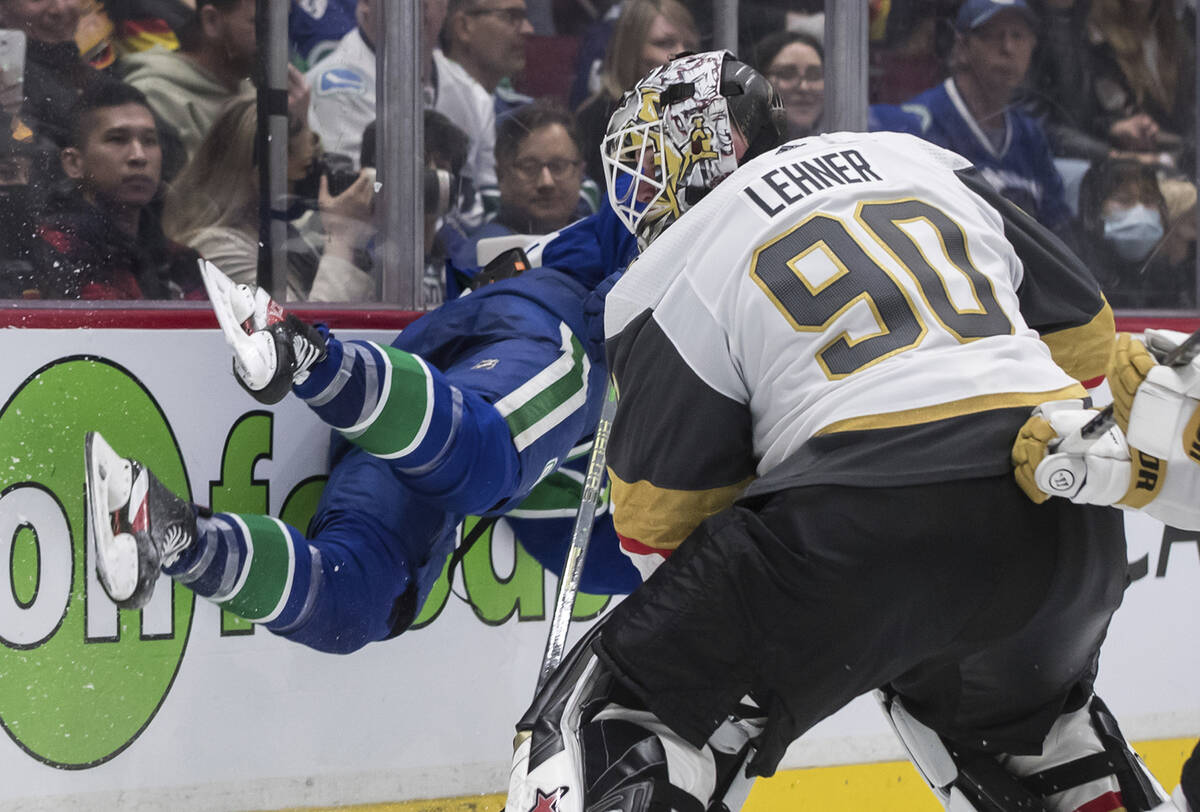 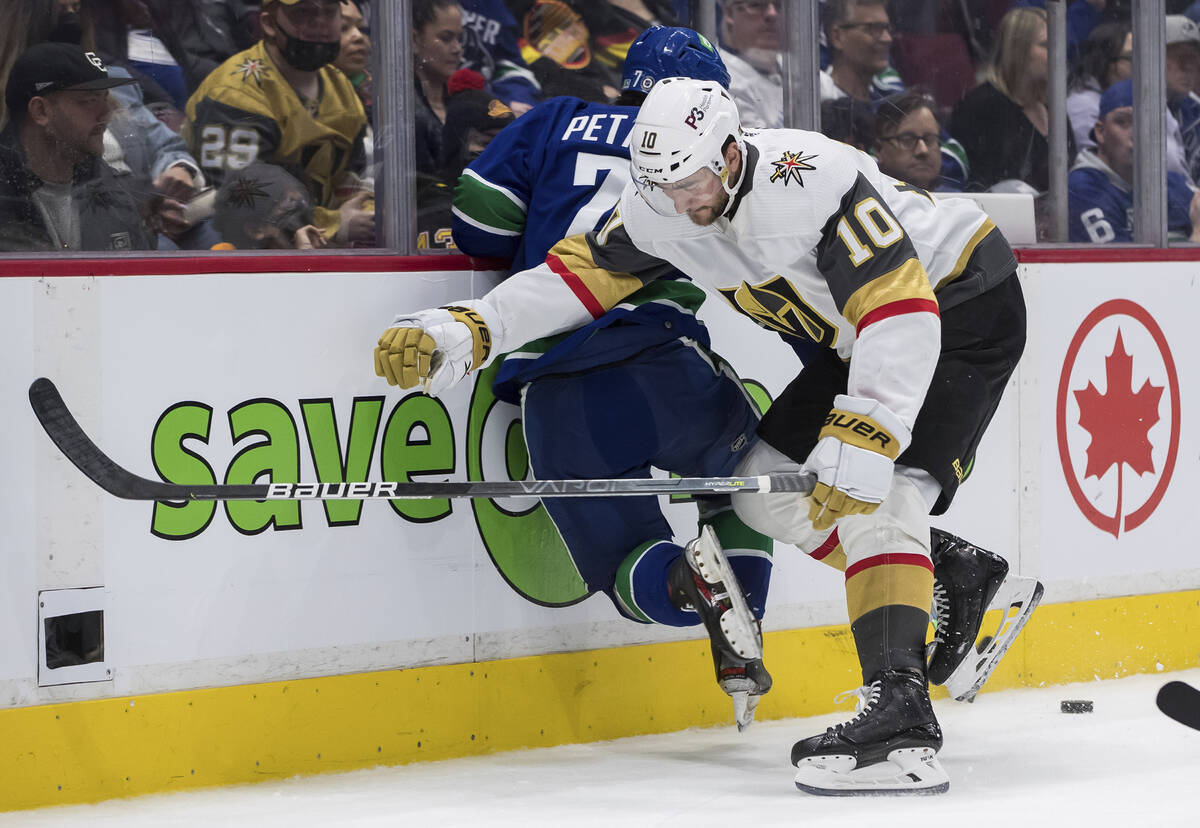 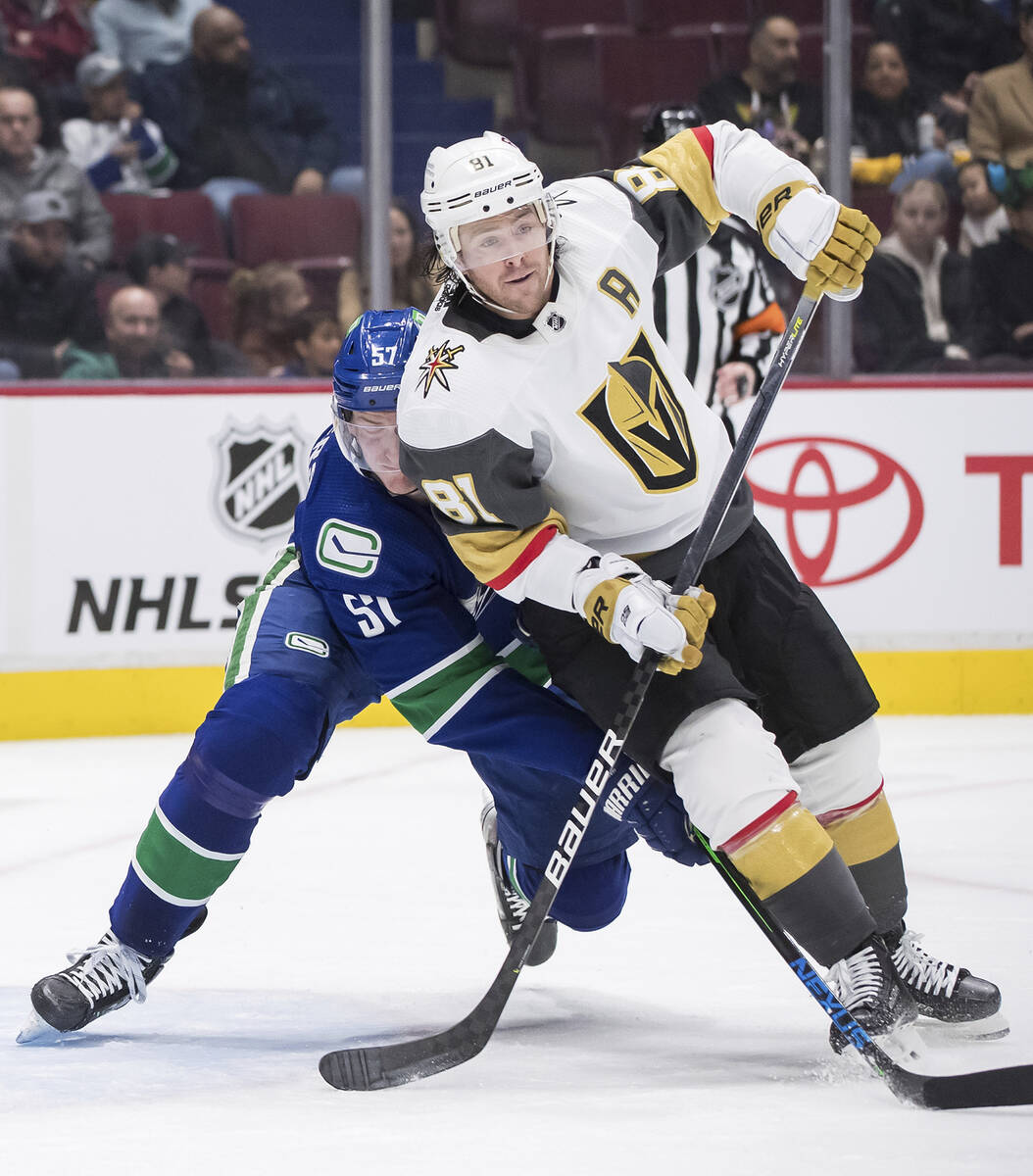 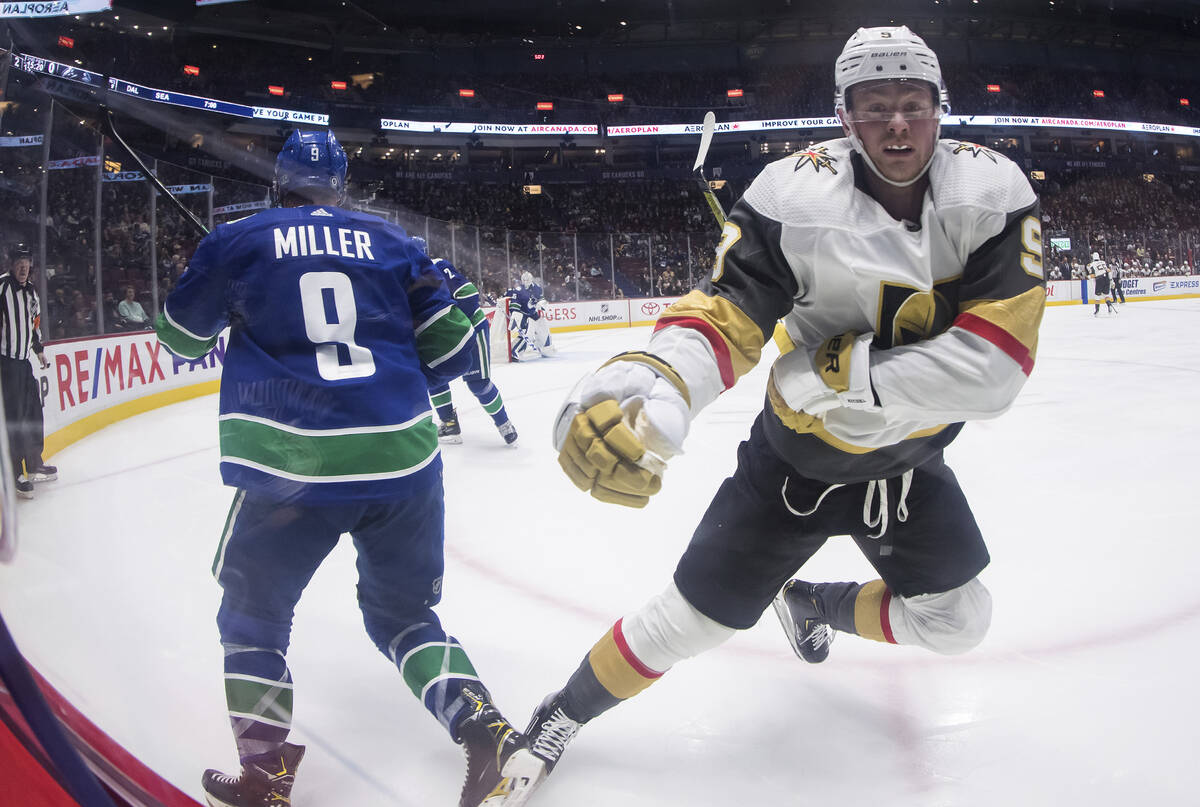 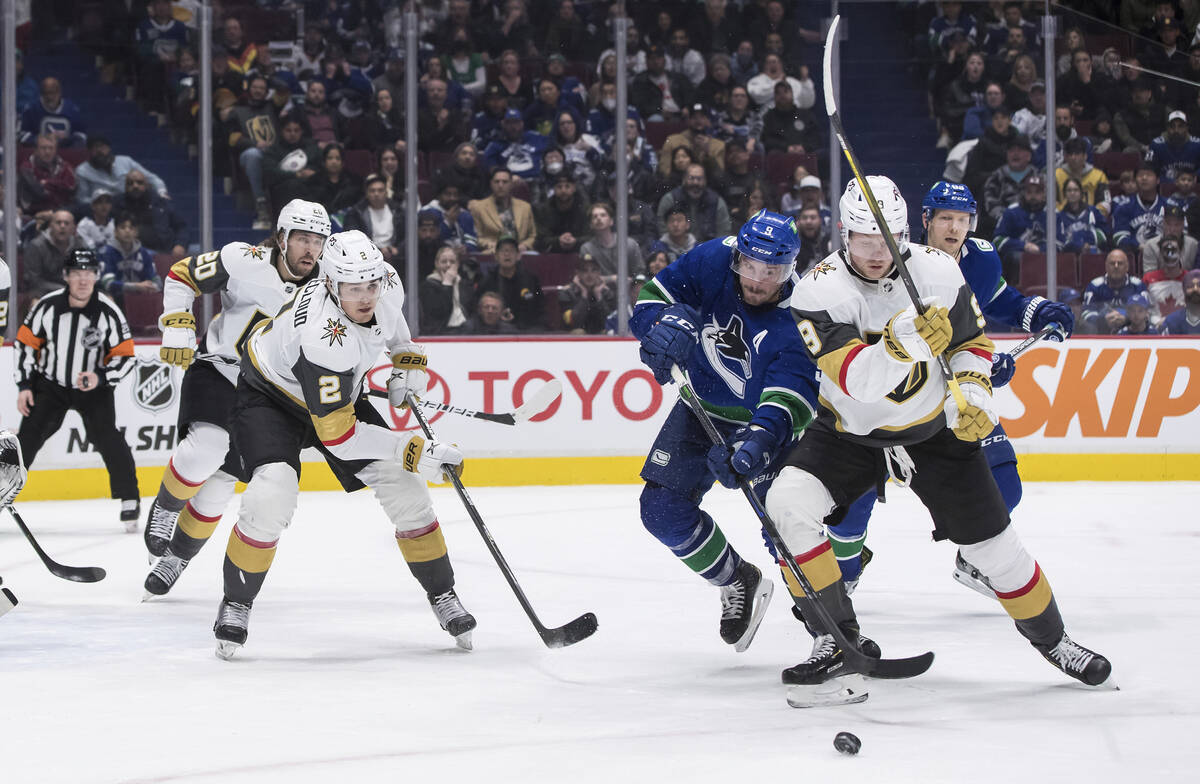 The Golden Knights must feel like they’re running on a treadmill right now.

The legs are churning and picking up speed at the most important time of the season. But they aren’t going anywhere in the standings.

Despite matching their season high with five straight victories, the Knights haven’t received much help from the teams around them in the playoff race.

As a result, they’re still out of a playoff spot in the Pacific Division and locked in a three-team tug of war for the two wild-card spots.

“We’re just trying to put as many points on the board as we can and hope someone stumbles,” coach Pete DeBoer said Monday.

Since the Knights’ winning streak started March 24, they haven’t gained any ground on Edmonton, which is 5-1 in that stretch. The Knights (39-28-4, 82 points) made up two points in the Pacific Division standings on second-place Los Angeles during that time.

The Kings hosted Calgary late Monday and have eight points (3-1-2) during the Knights’ winning streak.

In the wild-card race, Dallas has eight points from six games since March 24 to keep pace. The Stars (81 points) trail the Knights in the standings, but lead by points percentage and have three games in hand.

Nashville is the one team on which the Knights have gained significant ground, and the Predators might be their best opportunity to leapfrog someone in the standings.

The Knights smashed Nashville 6-1 to start their winning streak and made up six points in the standings on the Predators during that span. Nashville (82 points) also has played three fewer games than the Knights.

The top three finishers from each division qualify for the postseason. The next two teams with the highest point totals, regardless of division, earn the wild-card spots.

“There’s no panic,” DeBoer said. “We know the situation we’re in. We know we control our destiny. We’ve just got to win games, and guys are doing that.”

The Knights took care of business against teams below them in the standings, rallying from three goals down in the third period against Chicago, then sweeping a three-game road trip to Seattle and Vancouver.

The schedule shows 11 games remaining, starting Wednesday at T-Mobile Arena with the first of two games against fading Vancouver. There’s also favorable matchups against Arizona, New Jersey, San Jose and Chicago, all of which are out of playoff contention.

The Knights face tough road games against Calgary, Edmonton, Dallas and St. Louis with a home game against Washington sandwiched between.

If the projected playoff cutline in the Western Conference is 97 points, the Knights need to go at least 7-3-1 the rest of the way to get there.

They’ll also need one of Los Angeles, Edmonton, Dallas or Nashville to stumble in the homestretch. Winnipeg (76 points) doesn’t appear to have enough gas left in its tank to contend for a wild card.

“We’re not at that spot where one point matters. We’re shooting for two every game,” forward Chandler Stephenson said after Sunday’s win at Vancouver. “It’s playoff mindset for the rest of the year and from here on out. It’s obviously something to build on, get home and focus on the next one.”