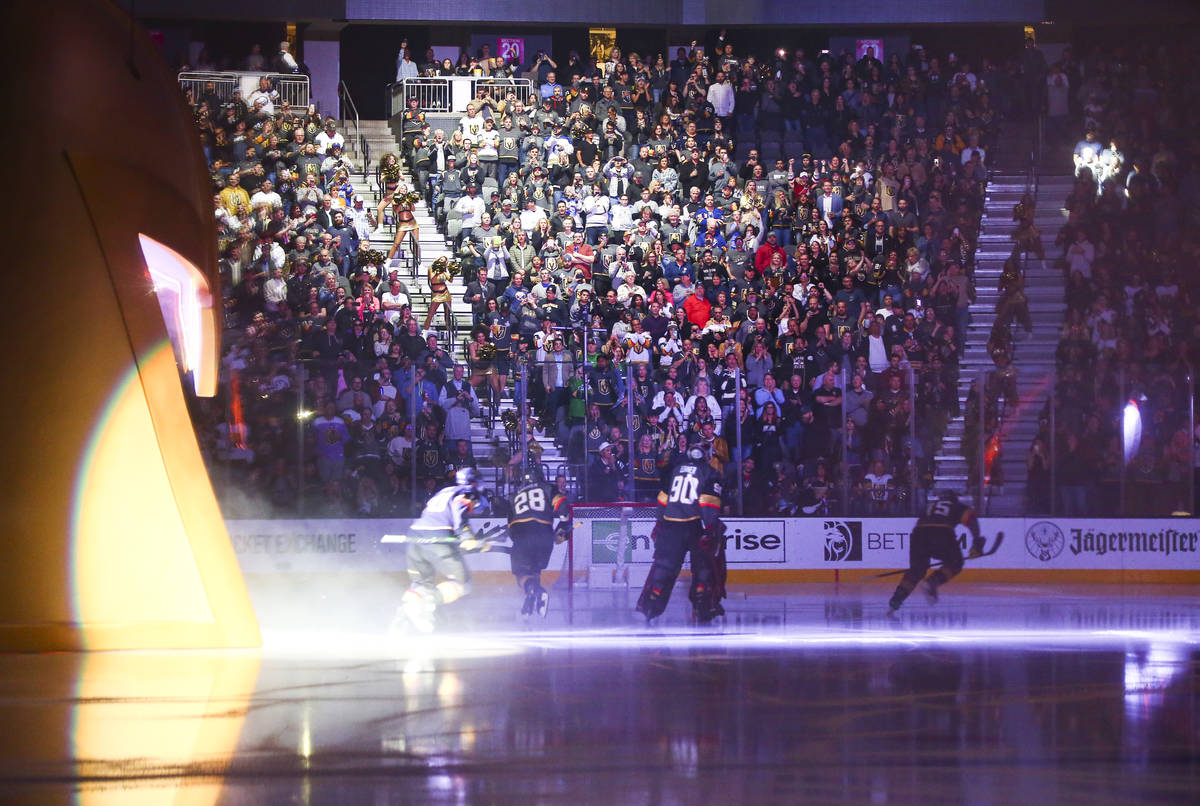 When it comes to hosting large-scale events, few cities are better equipped to do so than Las Vegas.

As the NHL begins vetting cities to serve as hosts for a possible restart to the season, the Golden Knights’ home seems like a natural for consideration.

“We aren’t inclined to wade into the waters of confirming or denying what we are thinking with respect to this possible scenario,” deputy commissioner Bill Daly wrote in an email to the Review-Journal. “I would emphasize that is still only one of many possibilities that we aren’t yet in a position to make decisions on.”

The latest restart plan being explored by the league calls for regional sites centralized by division with multiple games played each day, Commissioner Gary Bettman confirmed Wednesday in an interview with Sportsnet.

The New York Post previously reported that Las Vegas is one of the cities the NHL is considering for a summer restart after pausing its season March 12 because of the coronavirus pandemic.

The city has a longstanding relationship with the league and hosted the NHL Awards every year but one since 2009. Las Vegas also was the site of the expansion draft in 2017 and checks many of the items on Bettman’s list.

First and foremost, Nevada is not a hot spot for the coronavirus compared to locations such as New York or the San Francisco Bay Area.

With several hotels on the Strip near T-Mobile Arena, players and staff could be easily accommodated. And McCarran International Airport’s proximity to the Strip also enables direct travel from players in Europe, if necessary.

In addition to hotel capacity, T-Mobile Arena is equipped with multiple locker rooms, which is a requirement of any site the NHL chooses, Bettman said.

Where Las Vegas could fall short is Bettman’s prerequisite that the host needs to have several sheets of ice available for training camps.

That’s fewer than other locations reportedly being considered by the league, such as Columbus, Ohio, which has a practice facility connected to Nationwide Arena and several nearby rinks, Minnesota and Dallas.

Also, Las Vegas’ summer heat is a factor for ice conditions. The Knights held their inaugural development camp at Las Vegas Ice Center with no issues during triple-digit temperatures, but the thought of a star player being injured because of subpar ice is enough to make Bettman cringe.

Calgary and Edmonton, with plenty of rinks available, have been mentioned as options from the Pacific Division, and Bettman spoke to Alberta Premier Jason Kenny on Wednesday to check on the province’s status against COVID-19.

However, Dr. Deena Hinshaw, Alberta’s Chief Medical Officer of Health, may have halted those plans Friday when she said the province’s restrictions on mass gatherings of more than 15 people apply to all summer events and festivals in Alberta.