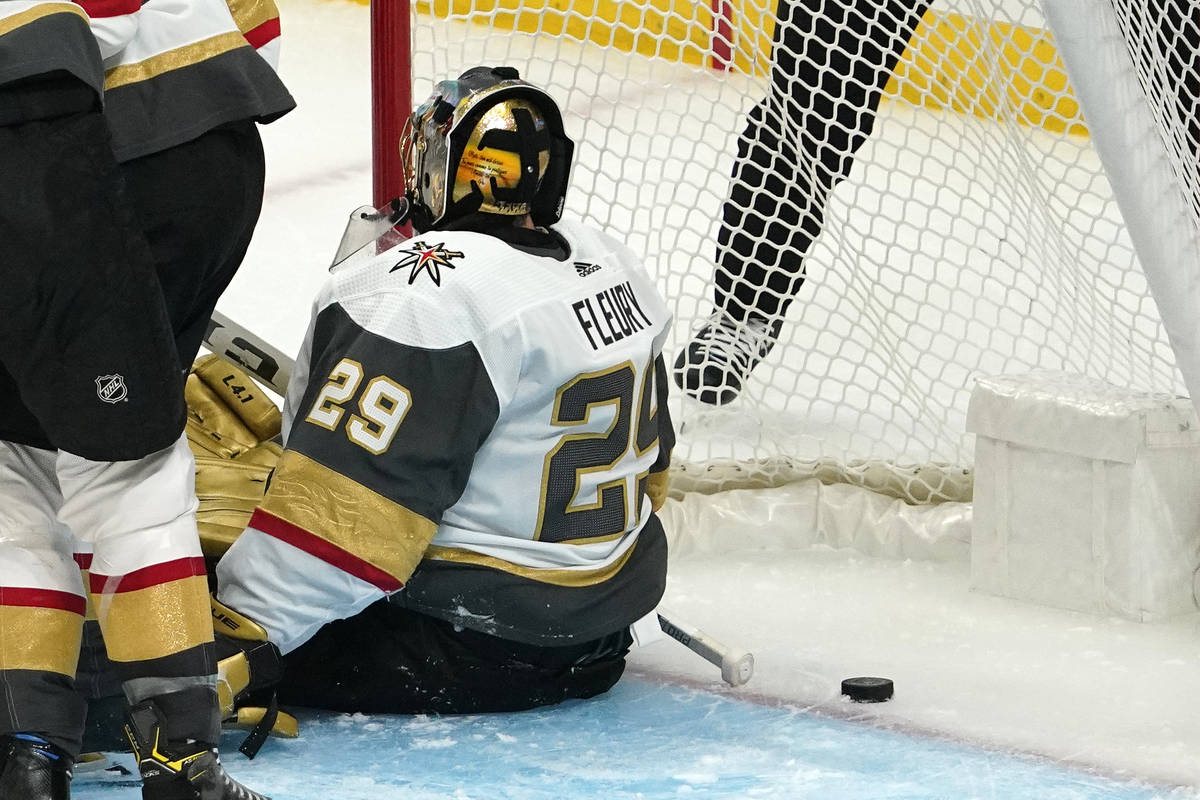 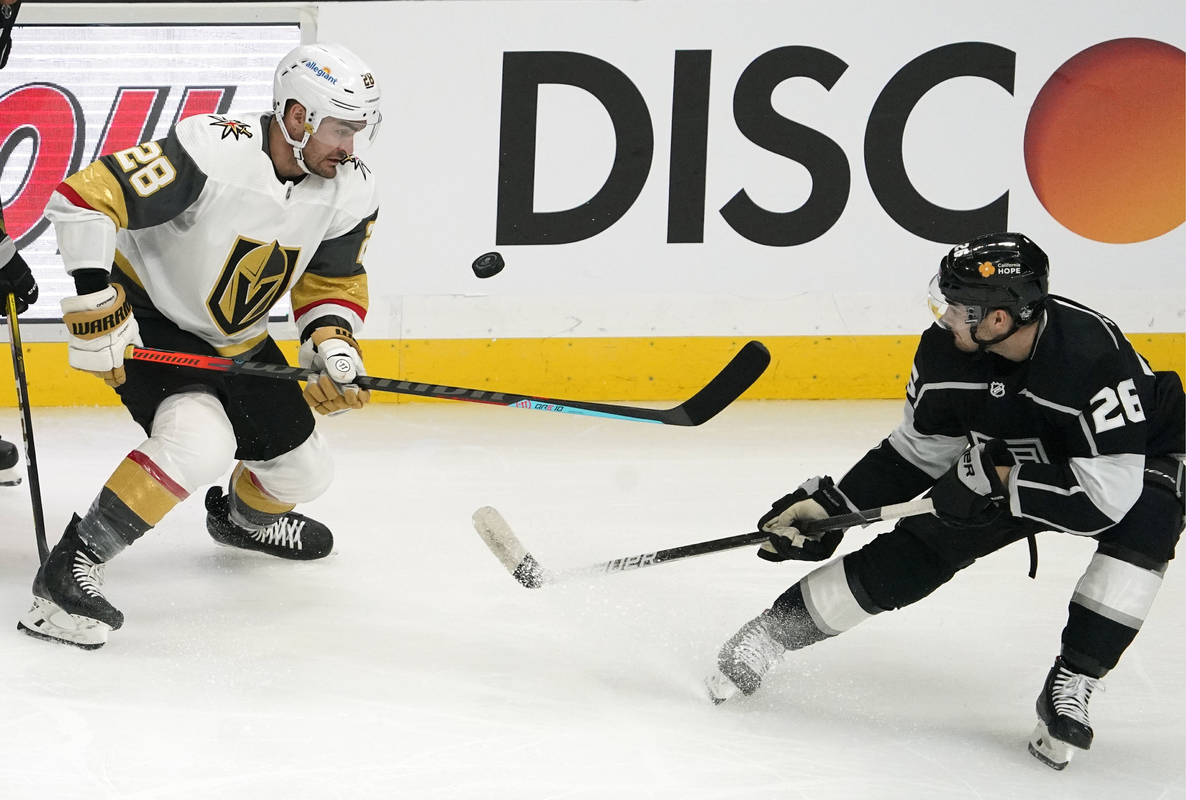 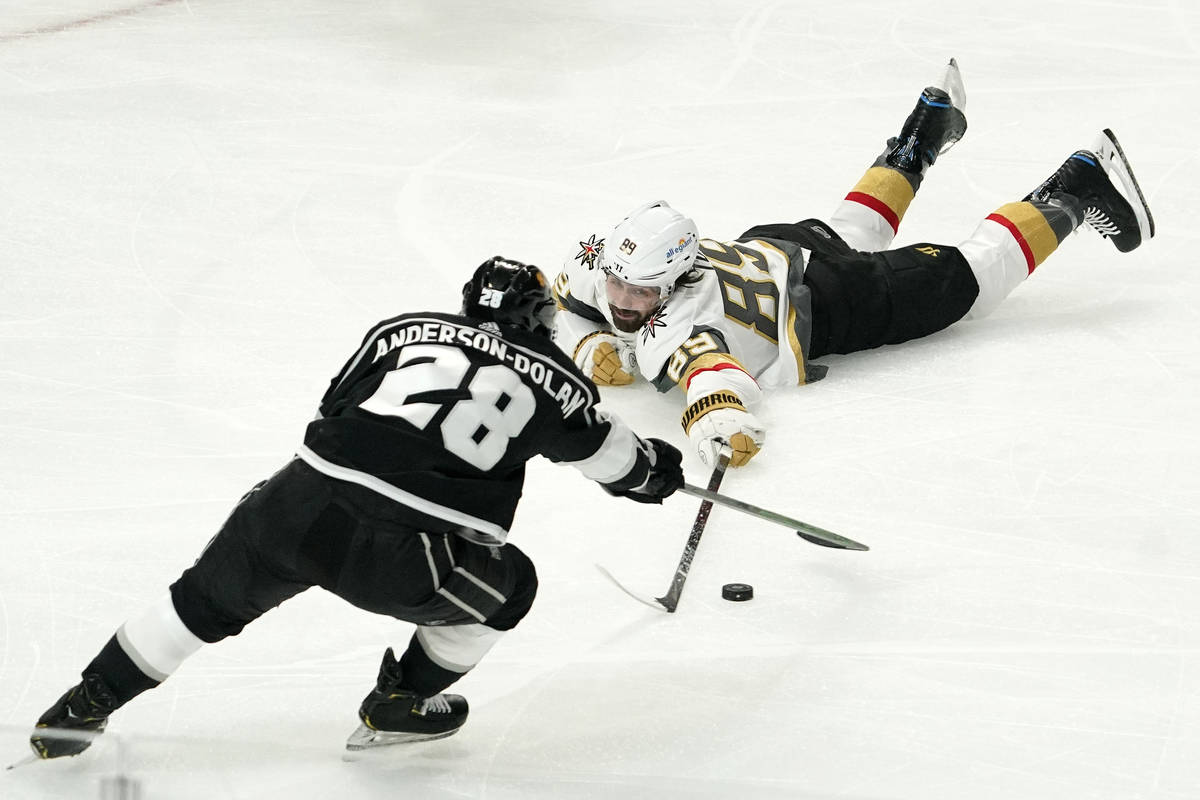 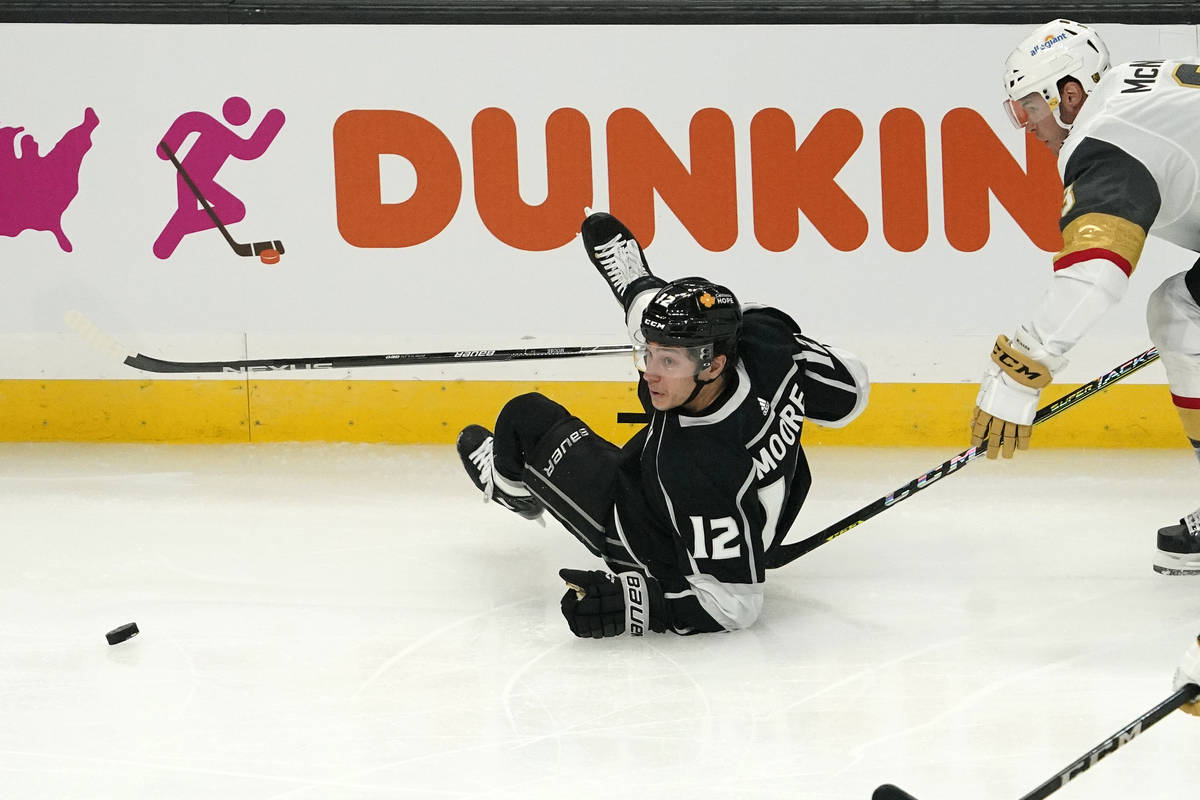 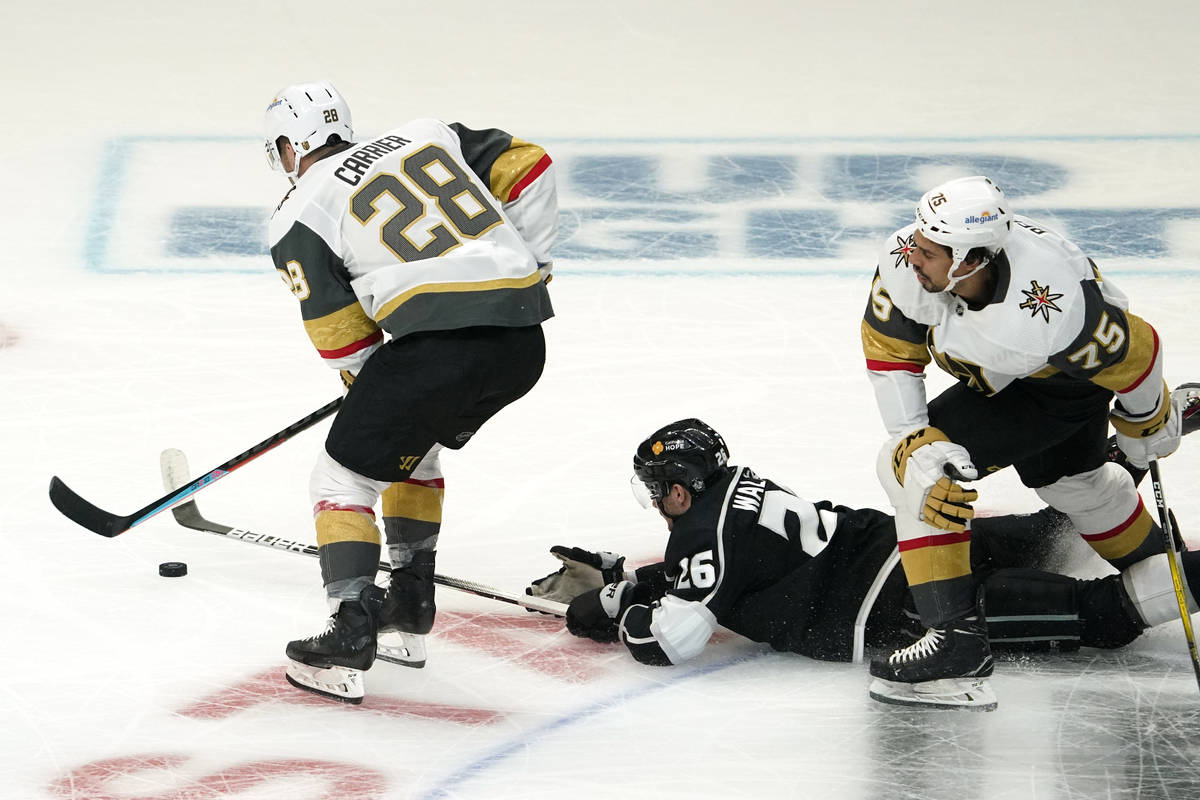 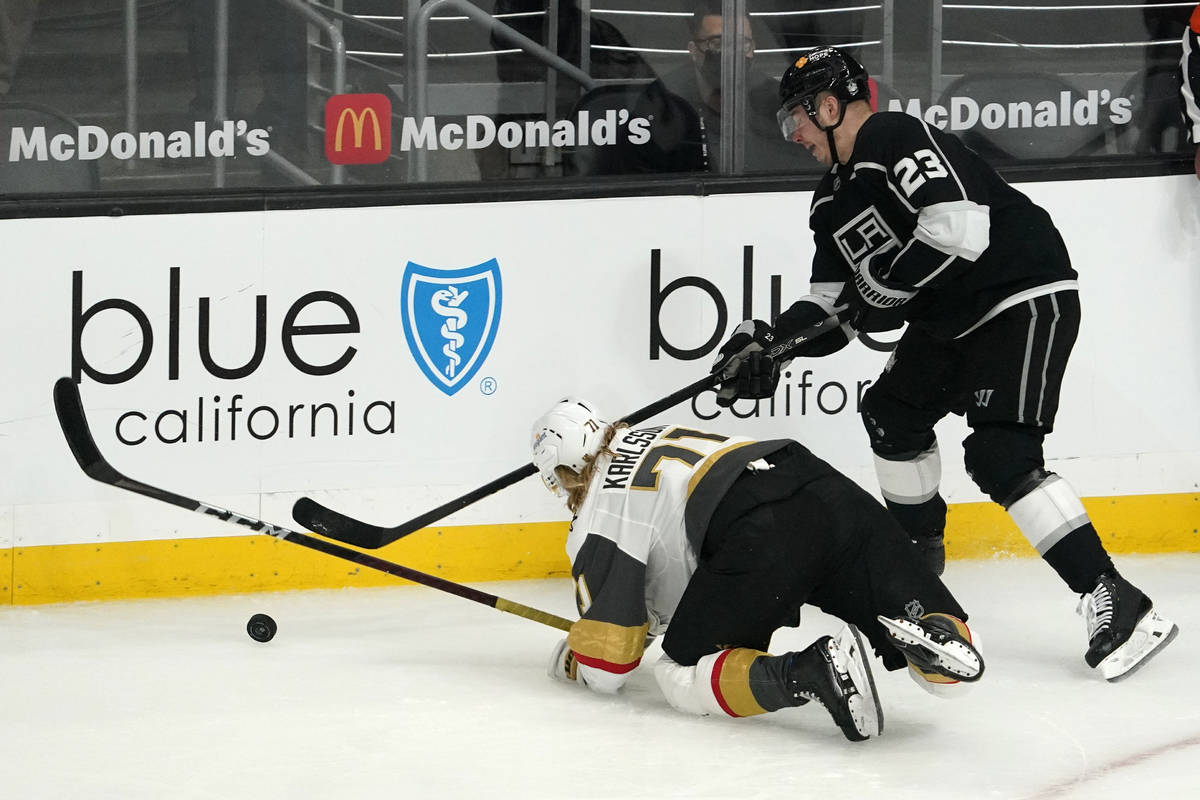 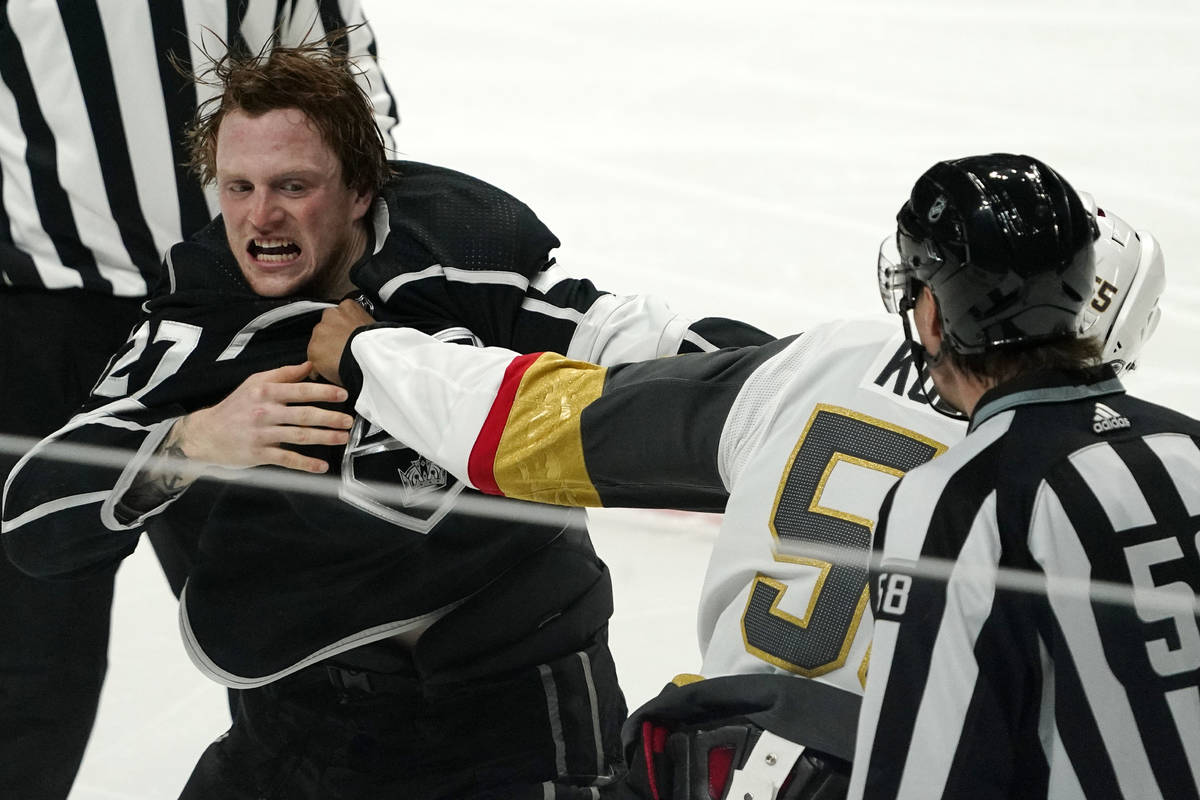 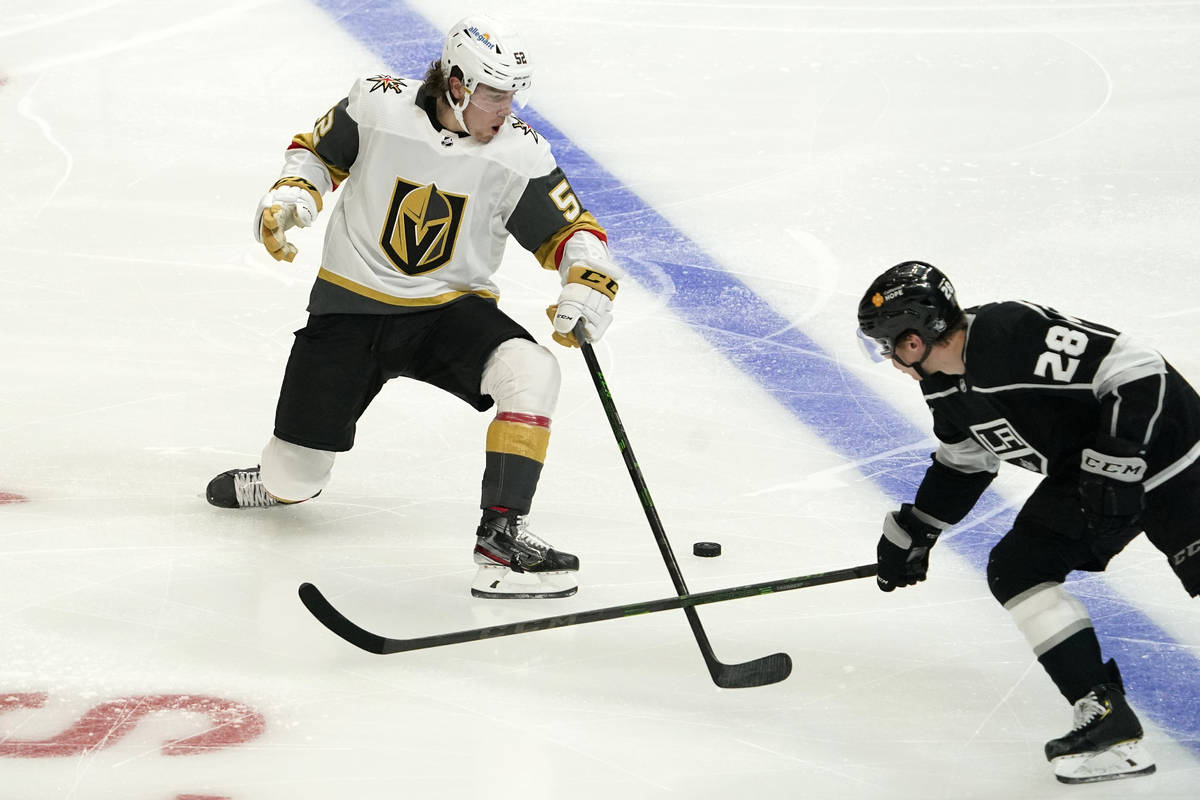 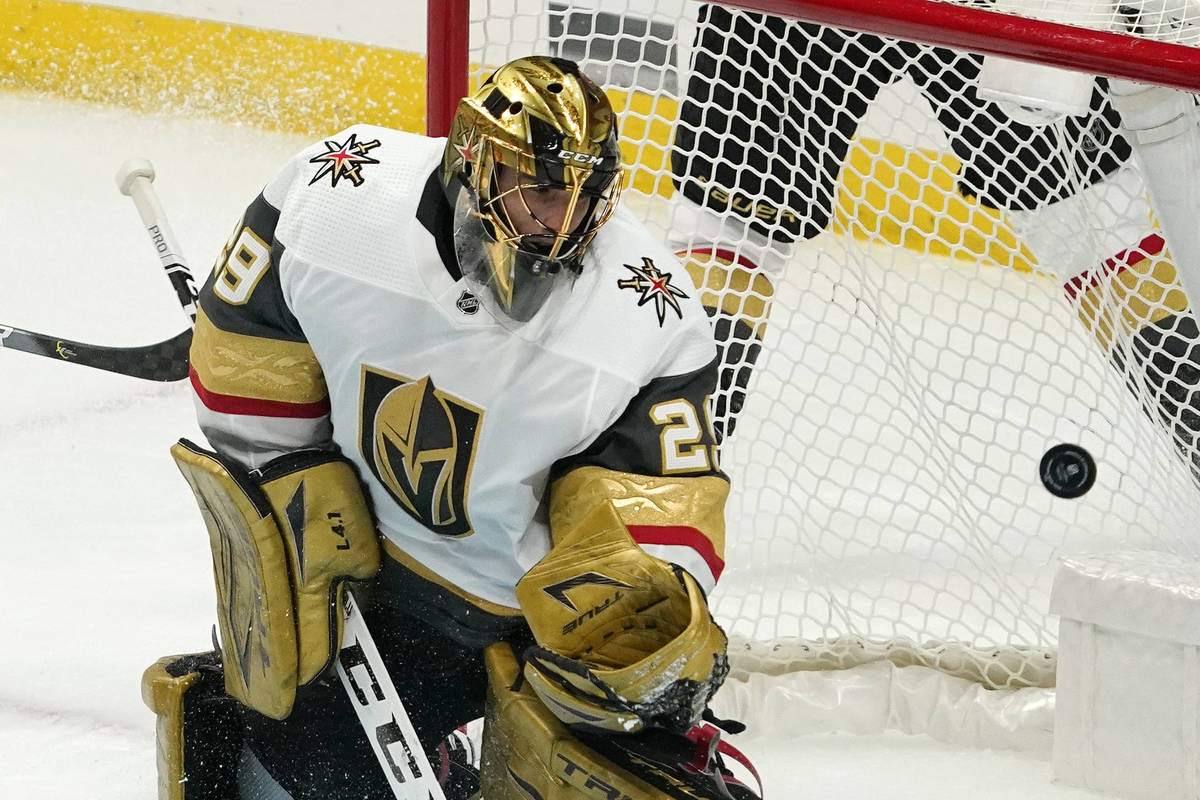 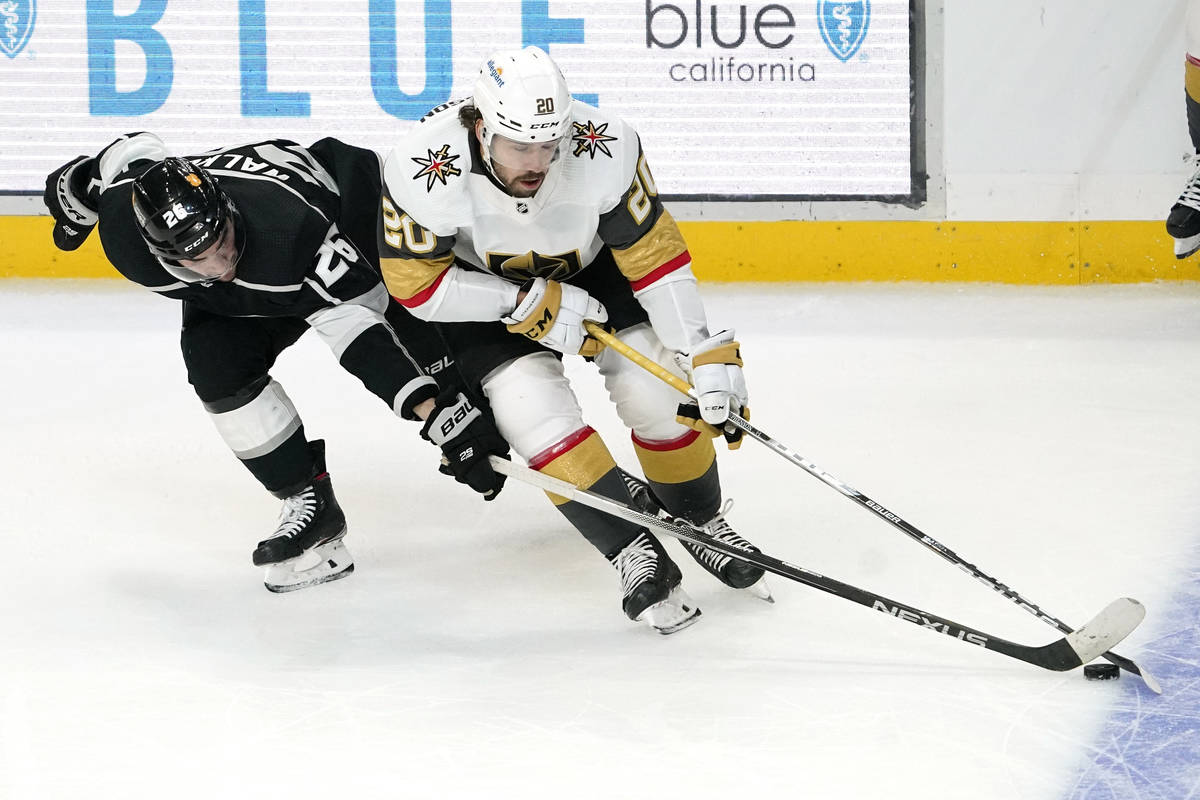 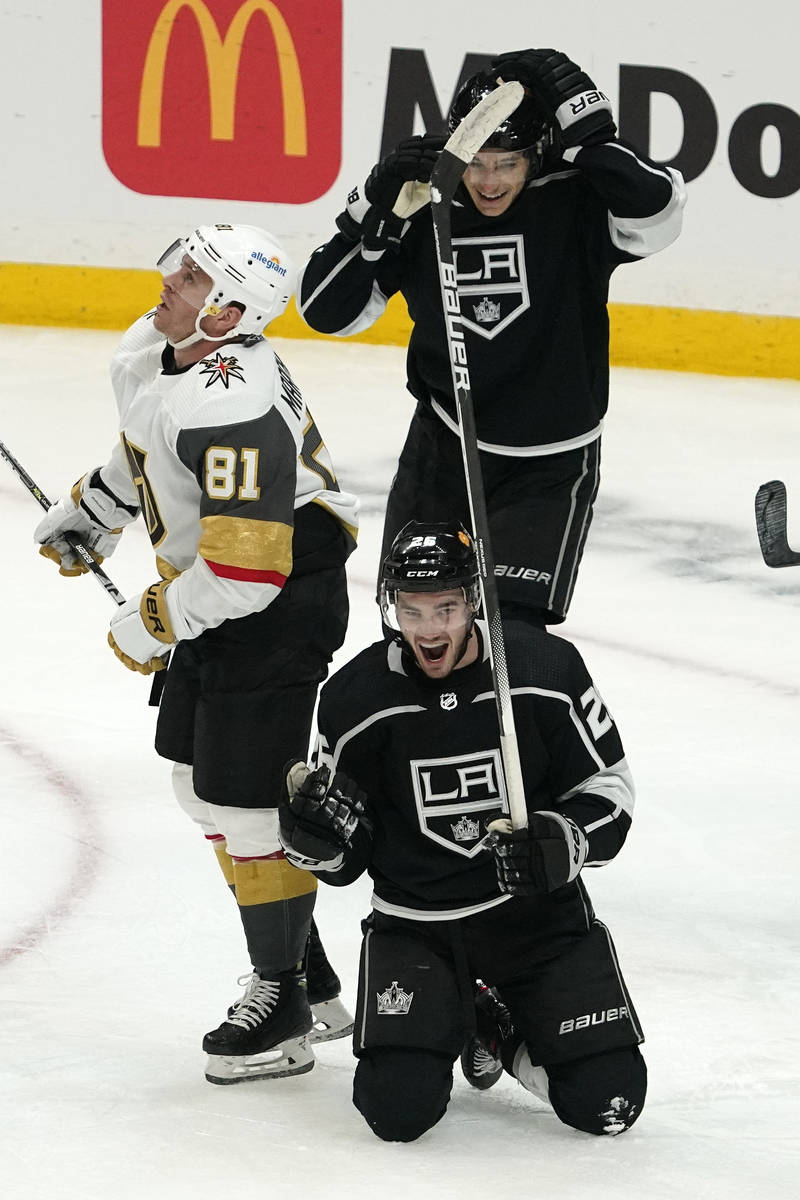 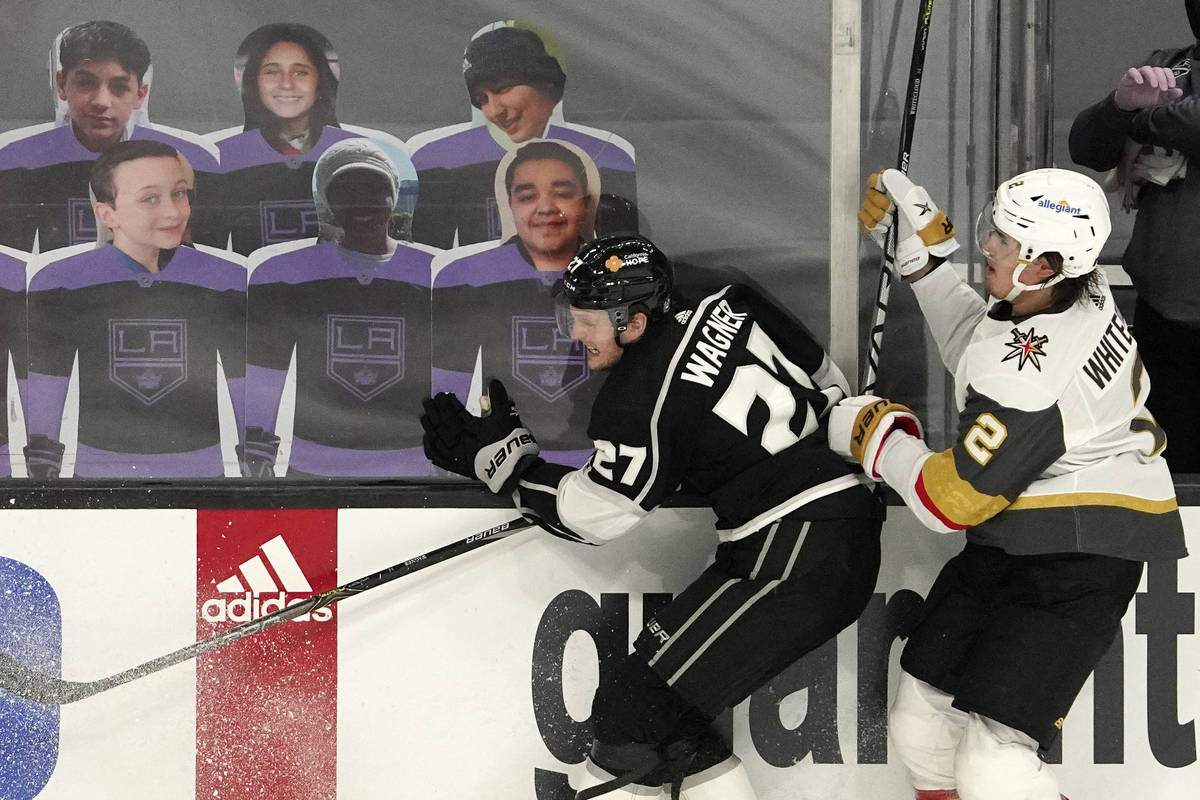 Pregame naps apparently are an important part of the Golden Knights’ success.

The team got off to a sleepy start in a rare afternoon game against the Los Angeles Kings on Sunday and never recovered. The Knights created hardly any scoring chances the first two periods, and by the time they found their footing in the third it was too late.

The Knights lost 3-1 to the Kings at Staples Center to snap their five-game winning streak. They face a quick turnaround and play the St. Louis Blues at 7 p.m. Monday at T-Mobile Arena.

The Knights started the game shorthanded when it was announced their leading goal scorer, left wing Max Pacioretty, was out of the lineup with a lower-body injury. He is considered day to day.

His absence was glaring the first 40 minutes. The Knights (21-7-1) had only two high-danger scoring chances at five-on-five through two periods and were on pace to record their fewest in a game.

Meanwhile, the Kings (13-11-6) built a two-goal lead within a minute in the second. Defenseman Sean Walker scored first with 5:58 into the frame after a long shift in the offensive zone.

Knights defenseman Brayden McNabb and the second line of left wing Jonathan Marchessault, center William Karlsson and right wing Reilly Smith were all on the ice for more than two minutes before the goal. Defenseman Dylan Coghlan was out for 1:44.

Things got worse for the Knights when coach Pete DeBoer challenged for goaltender interference and lost. It took Kings right wing Dustin Brown 51 seconds to score on the subsequent power play.

Los Angeles center Anze Kopitar made contact with goaltender Marc-Andre Fleury on the first goal, but only after being contacted by McNabb.

“It was probably a marginal call and the refs probably got it right,” said DeBoer, who admitted it was a “poor” challenge. “I think we compounded it by making some mistakes on the penalty kill.”

The Knights’ special teams woes carried over to the third. The team had a chance to get back in the game 2:07 into the period with its third power play.

Center Chandler Stephenson nearly scored, but Kings defenseman Drew Doughty blocked his shot deep in the crease. Doughty knocked the net loose in doing so, prompting a delay of game call and giving the Knights a 5-on-3 power play for 1:31.

They couldn’t convert. They finished 0-for-4 on the power play with nine shots on goal.

Center Tomas Nosek scored to give the Knights some life with 3:27 remaining in the third period, but it was shortlived. Kings right wing Jeff Carter answered 55 seconds later to restore the two-goal lead.

The loss ended Fleury’s personal four-game winning streak. He made 28 saves, but his counterpart Calvin Petersen was better and made 41.

“We had tons of looks,” Stone said. “Just got to find ways to score goals. It’s the NHL. The opponent you’re playing against is good every single night. The best teams consistently find different ways to produce. We didn’t do that tonight.”