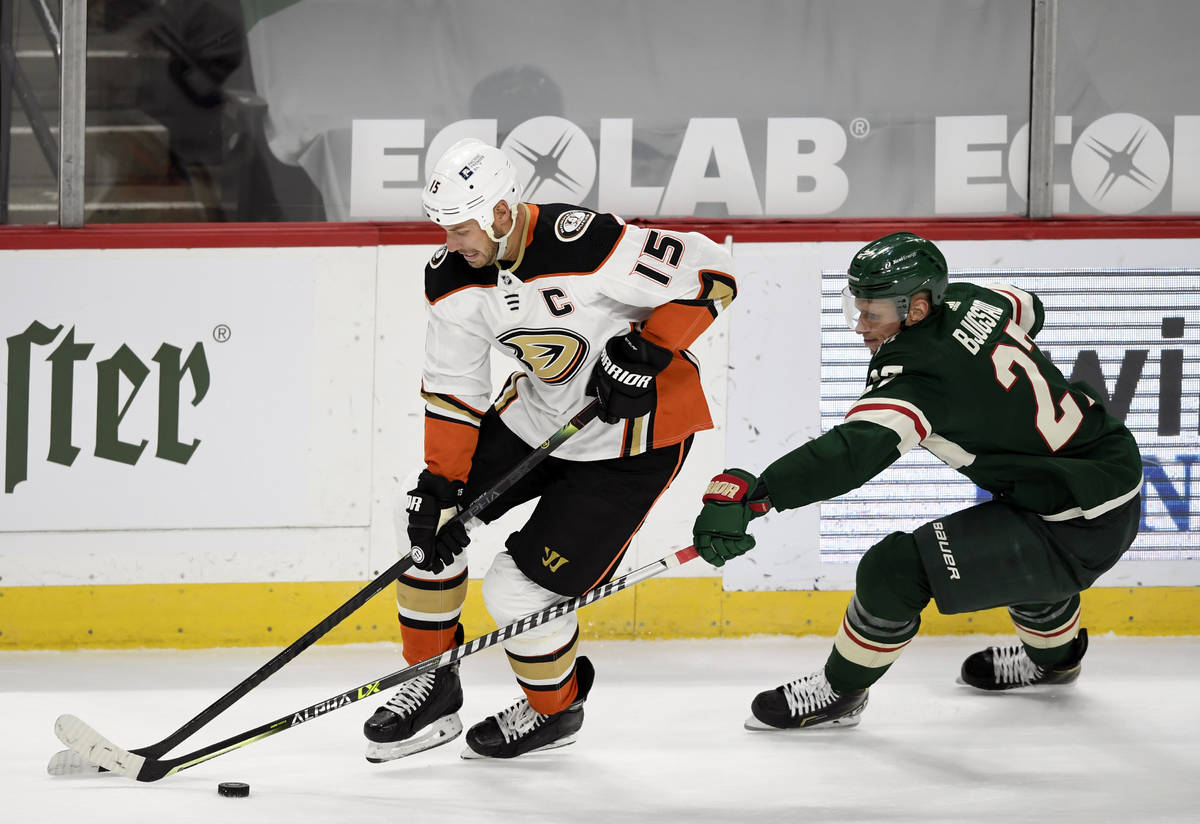 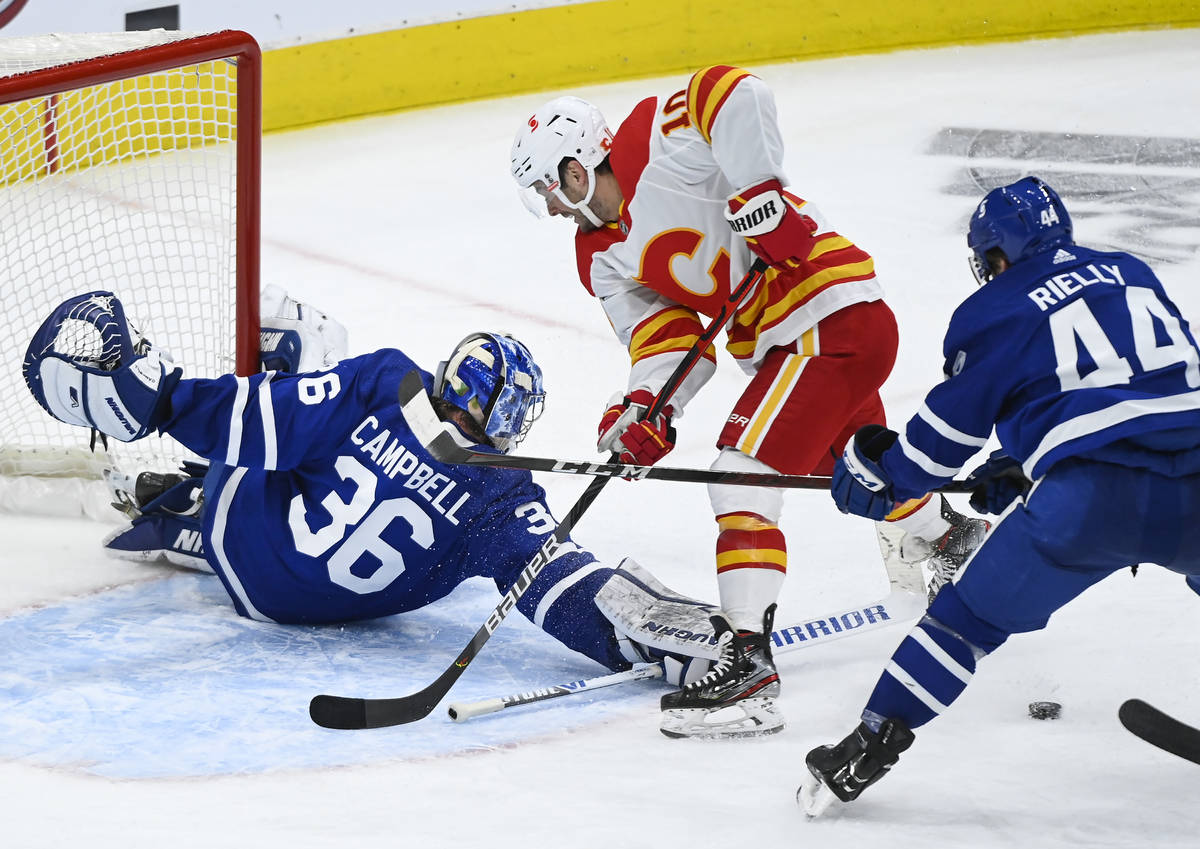 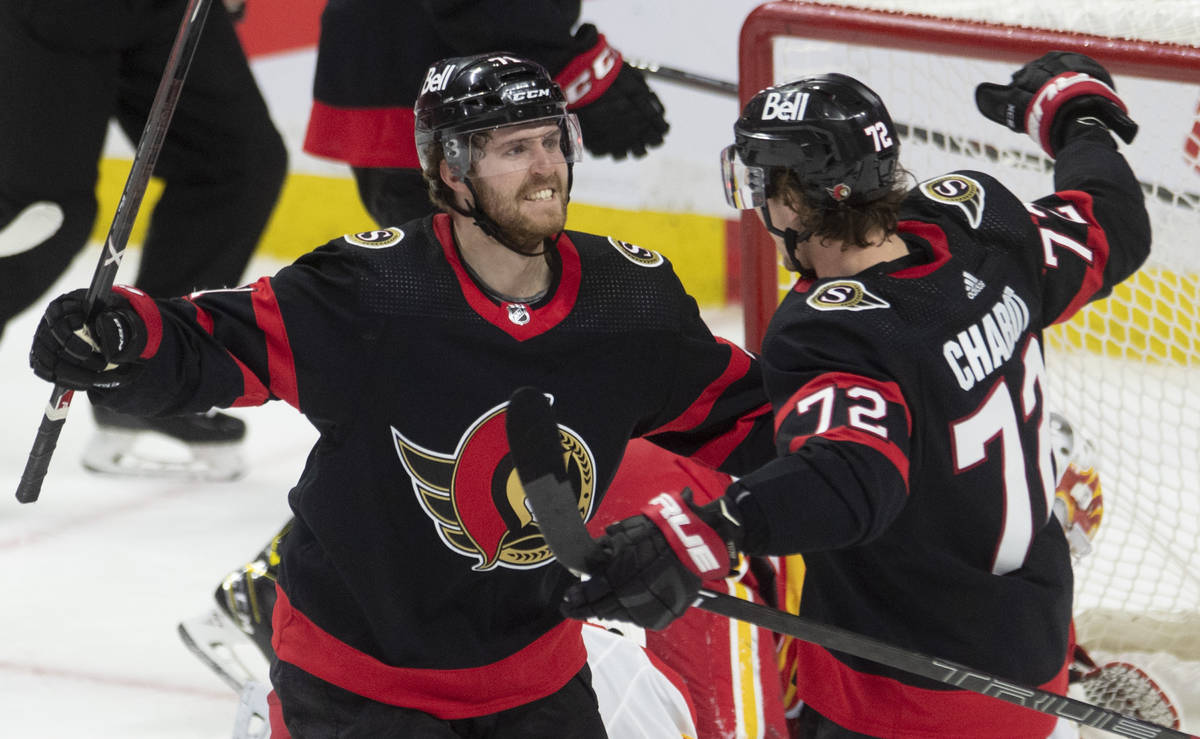 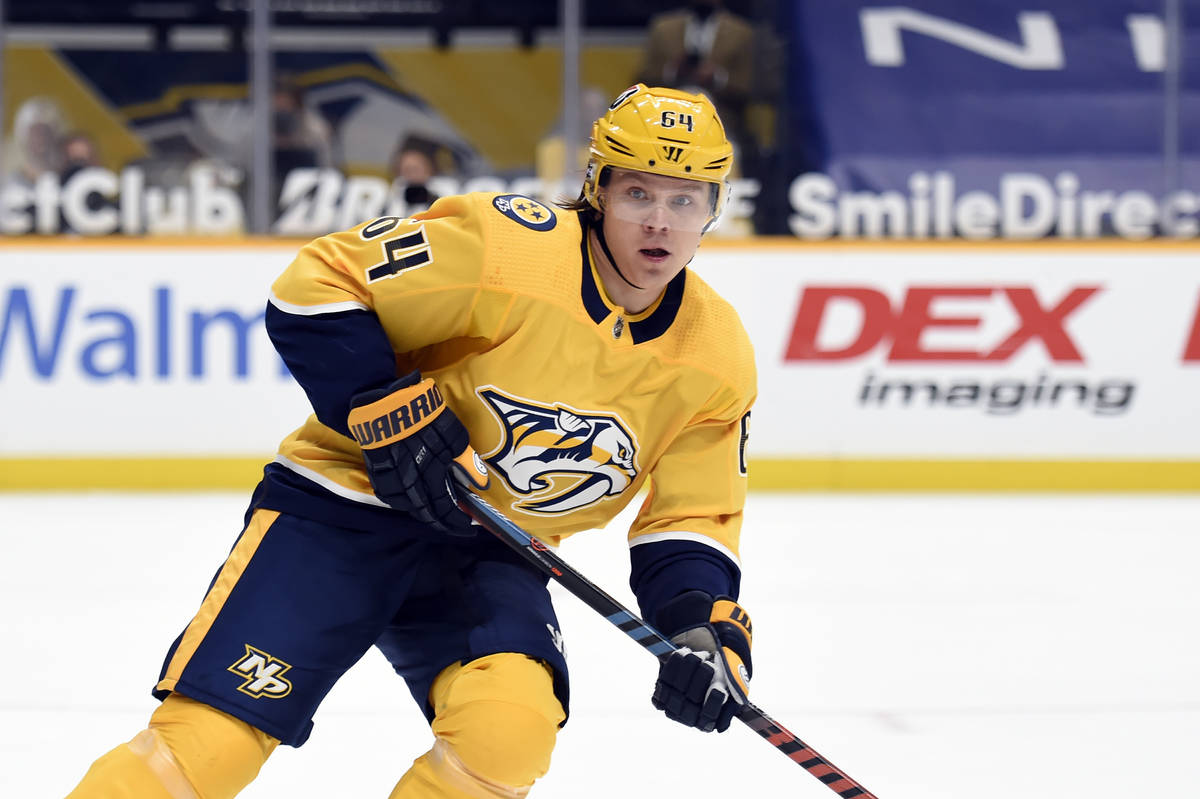 FILE - Nashville Predators center Mikael Granlund (64) plays against the Detroit Red Wings during the first period of an NHL hockey game in Nashville, Tenn., in this Thursday, March 25, 2021, file photo. The NHL trade deadline is less than a week away and players such as Taylor Hall, Kyle Palmieri, Mikael Granlund and Mattias Ekholm are potentially available for teams willing to make a deal. (AP Photo/Mark Zaleski, File) 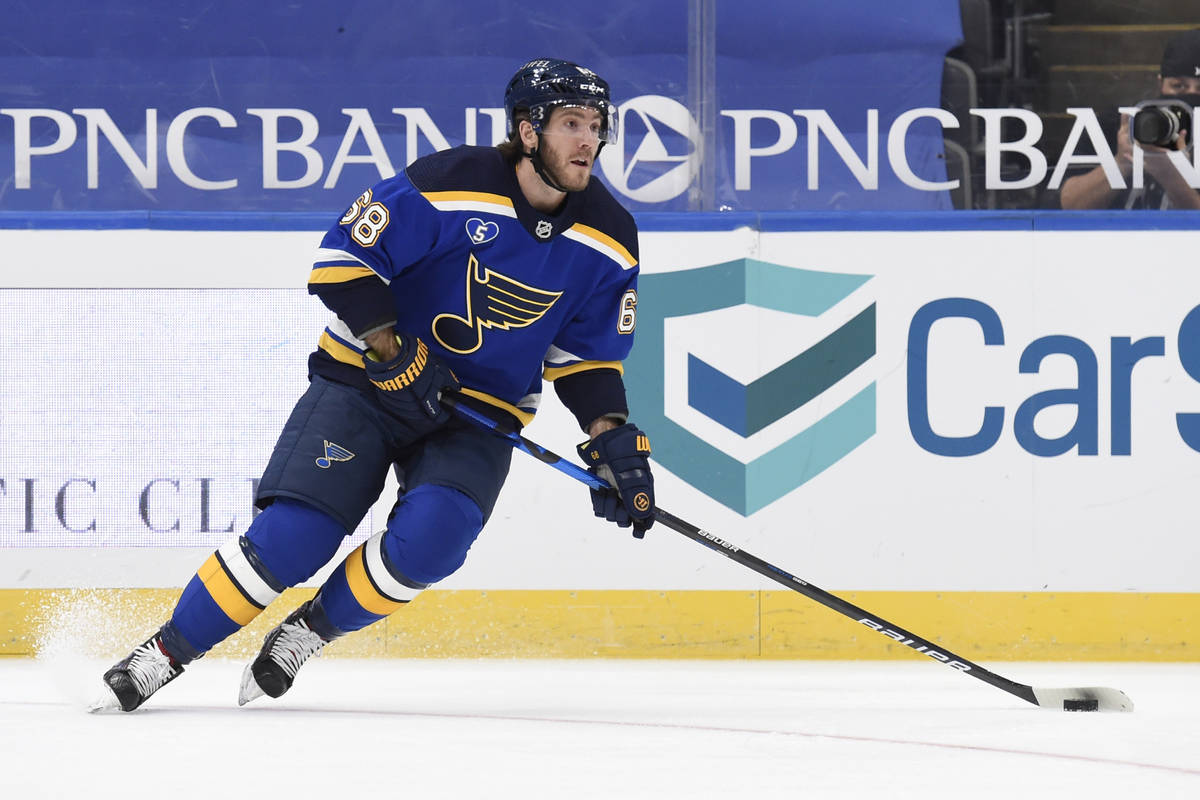 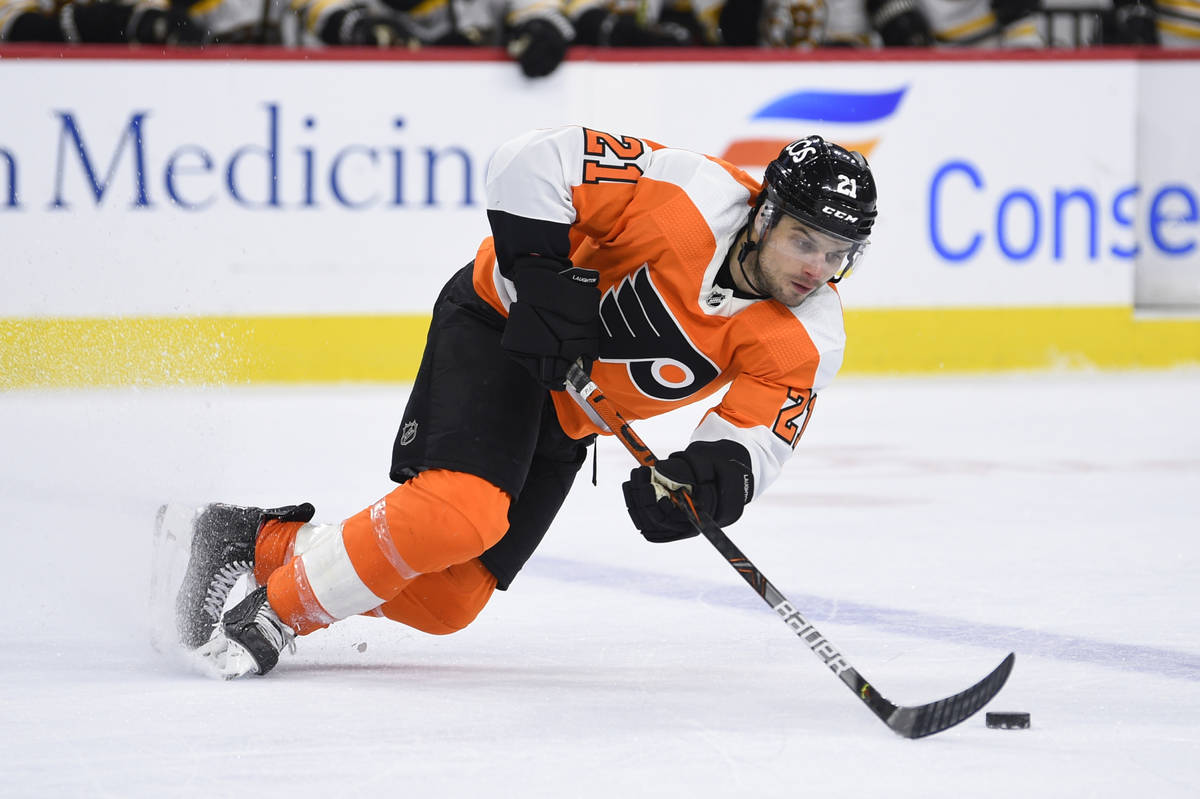 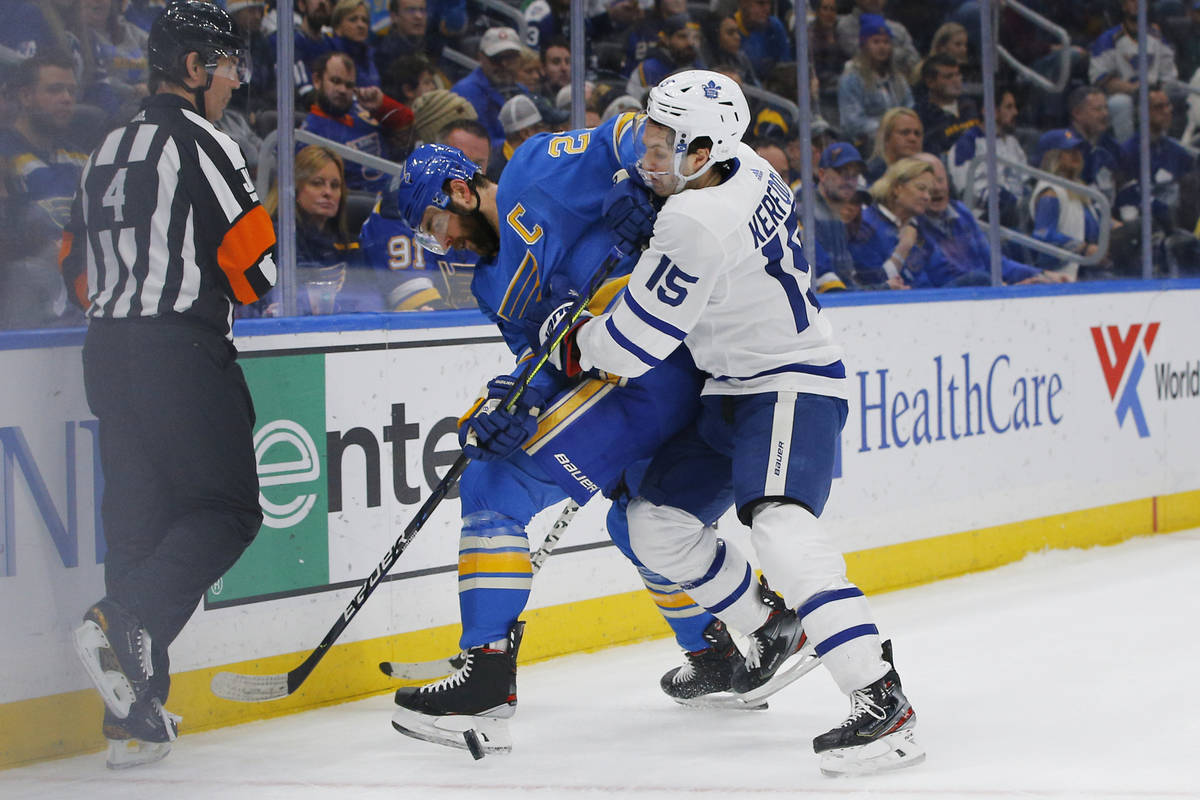 General manager Kelly McCrimmon said three weeks ago he expected to take a different approach after swinging for the fences on deadline day in previous seasons and was comfortable with the current roster.

With the Knights 1-3-1 in their past five games and producing a total of six goals in the losses, it’s difficult to imagine McCrimmon sitting on his hands.

There is a need for depth at center as a result of Cody Glass’ slower-than-expected development, and the struggling power play, which ranks 25th overall at 17 percent, could use a boost.

“Their commitment to pursuing a Stanley Cup can never be questioned,” coach Pete DeBoer said. “The reality is it’s not just wanting to do something, it’s having the ability to do something in this environment with the cap and all those other factors.”

The Knights have minimal salary cap space, and McCrimmon would need to get creative to make a deal work, sending money out or enticing a team to retain salary. That’s never stopped them before.

Defenseman Nick Holden ($1.7 million cap hit) could be used to even out salary, and someone such as Brayden McNabb ($2.5 million) might be expendable with the development of Nic Hague. The Knights also have an extra second-round pick in 2021 and an additional third in 2022 to dangle.

There’s been little chatter around the Knights leading up to the deadline, but that could pick up. With an upgrade on the third line being the most glaring need, here is a look at some players who might be of interest:

Ryan Getzlaf, C, Anaheim: His name was floated by Sportsnet insider Elliotte Friedman as a rental, and he would fill a need down the middle. But Getzlaf has a huge cap hit ($8.25 million), and the Ducks might not want to deal their captain to a division rival.

Mikael Granlund, C, Nashville: The Predators are suddenly in the playoff hunt and could hold onto the 29-year-old despite interest from Toronto and others. Granlund is a pending unrestricted free agent with a $3.75 million cap hit and declining offensive numbers, but he can play in all three phases.

Mike Hoffman, LW, St. Louis: He was a healthy scratch Wednesday against the Knights and looks to be on the way out of St. Louis. Hoffman would be a rental with a $4 million salary cap hit to fit in, but he played with Mark Stone in Ottawa and could boost the power play.

Alex Kerfoot, C, Toronto: Any trade with a team in Canada is complicated by the mandatory quarantine on the other side of the border. He has a $3.5 million cap hit through 2022-23 and might not be available. But he’s reliable defensively and is a proven 15-goal, 40-point producer.

Scott Laughton, C/W, Philadelphia: He hasn’t been able to come to terms on an extension, and the Flyers could choose to cash in before losing him. The 26-year-old provides a bit of offense (17 points in 35 games) and plenty of sandpaper as a bottom-six forward.

Derek Ryan, C, Calgary: He’s a veteran, right shot with strong underlying metrics (57.7 percent Corsi For, 55.2 percent expected goals for) despite missing a month of the season. He’s winning nearly 60 percent of his faceoffs, too. The drawback is a $3.125 million cap hit.

Chris Tierney, C, Ottawa: A playmaker with good defensive awareness who played for DeBoer in San Jose. His offense dipped (14 points in 40 games), but he’s a proven 40-point producer. Tierney has one more season on his contract with a $3.5 million cap hit.