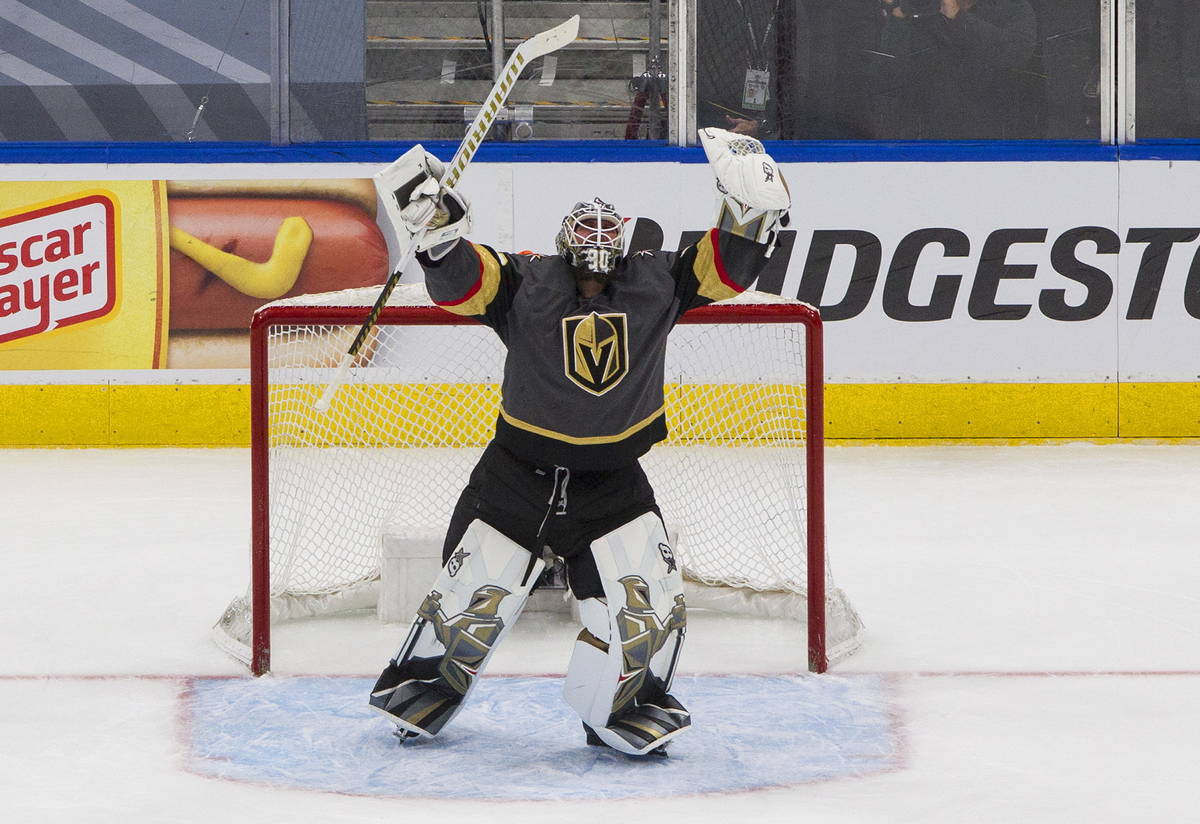 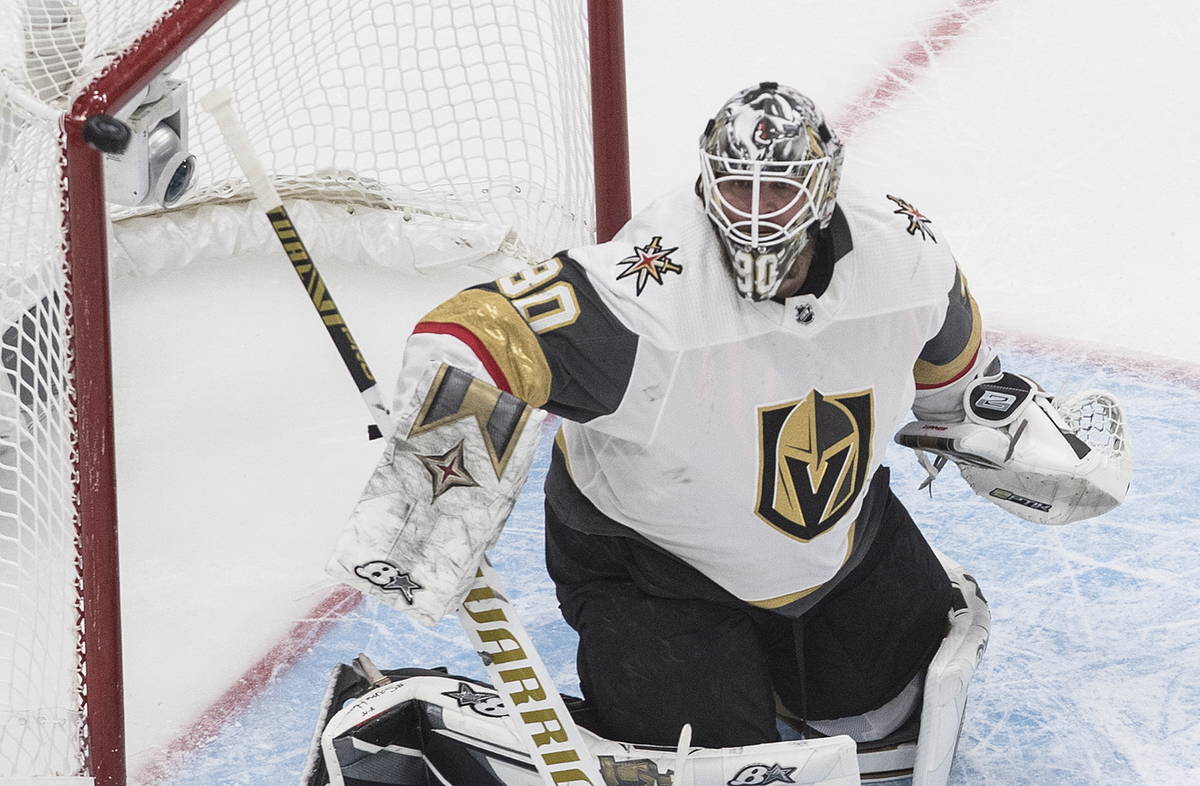 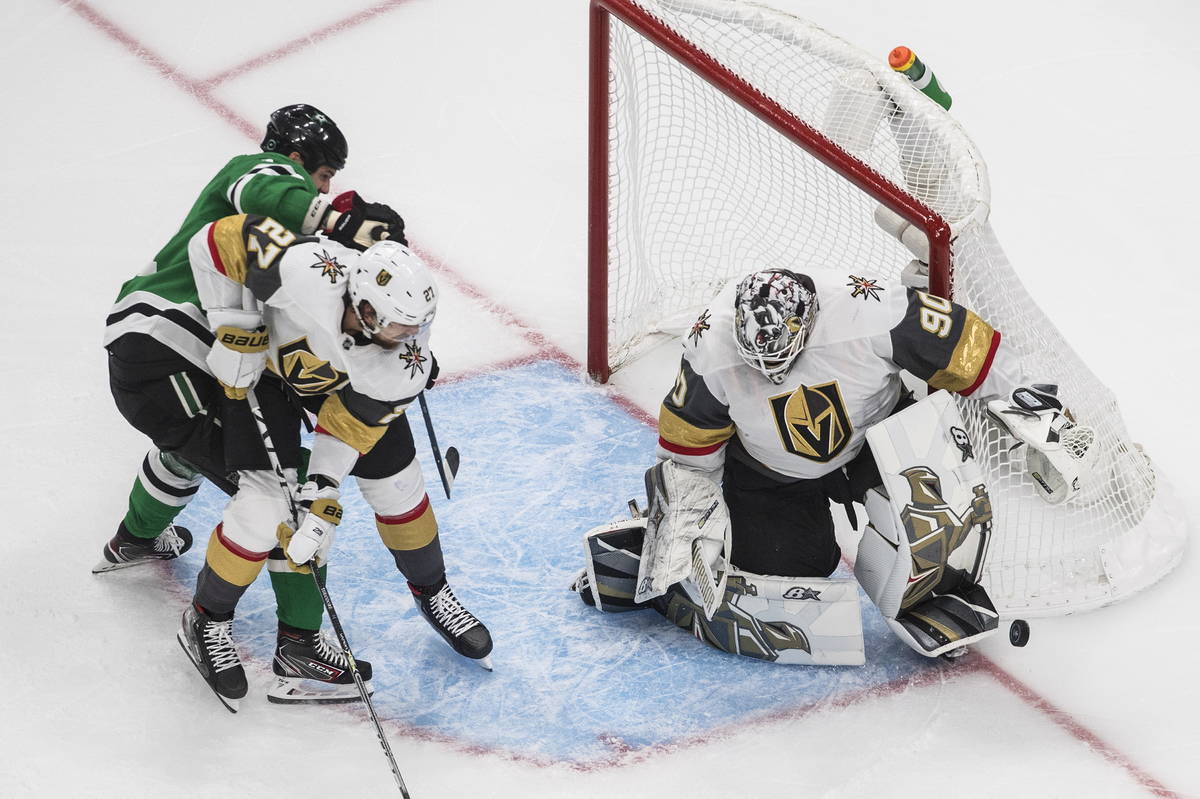 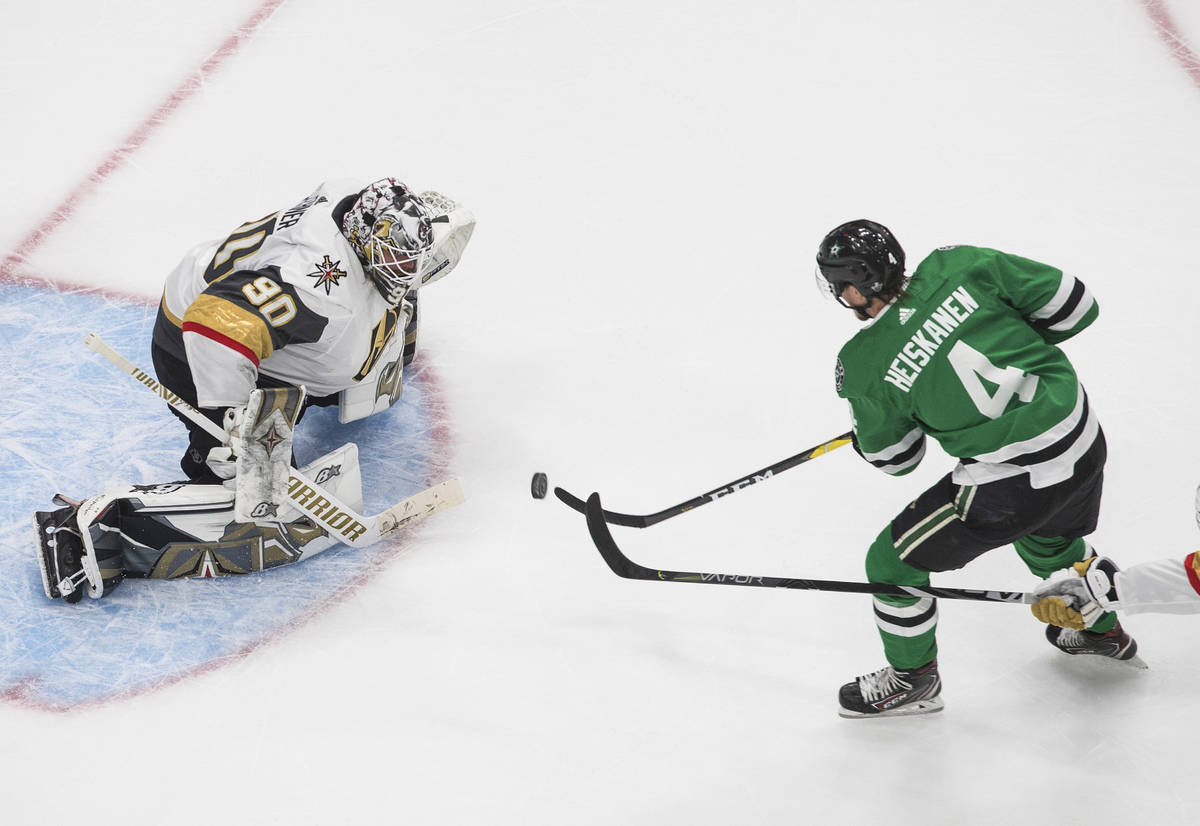 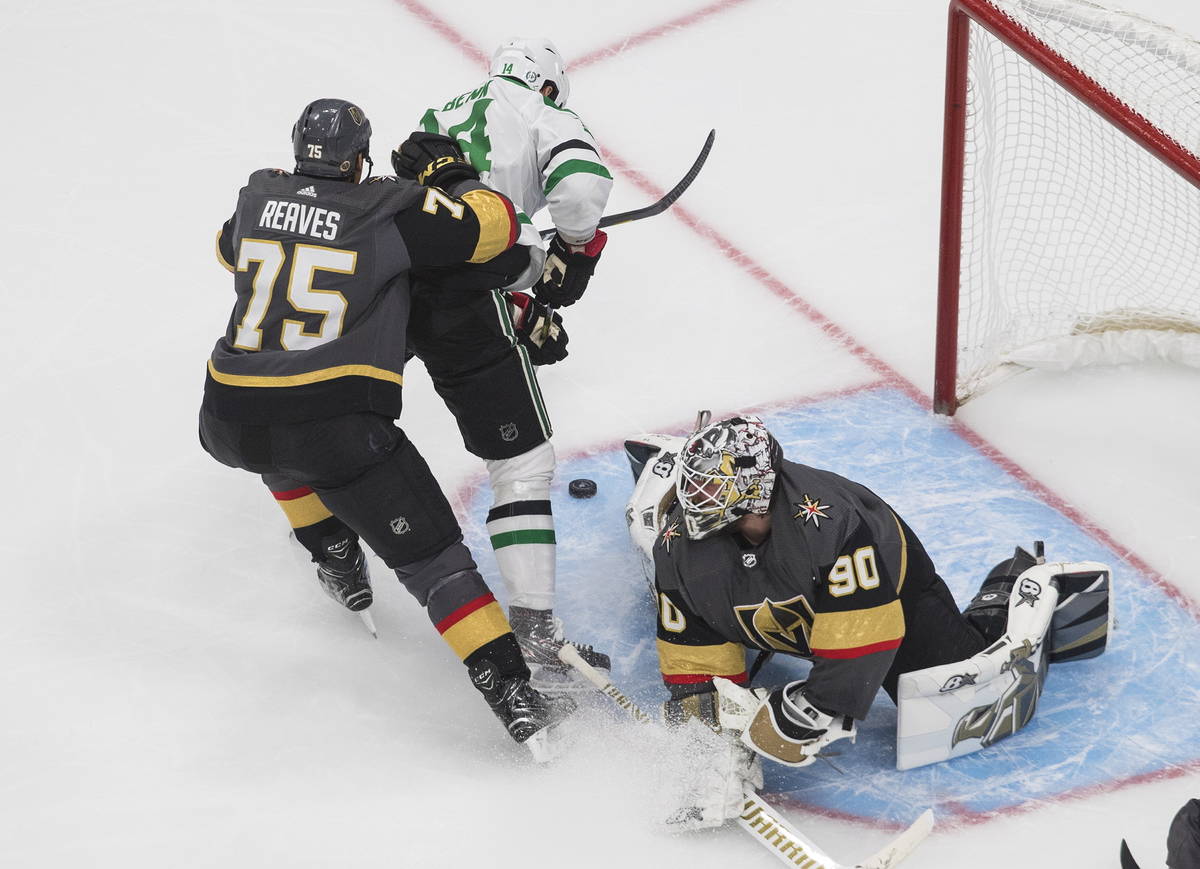 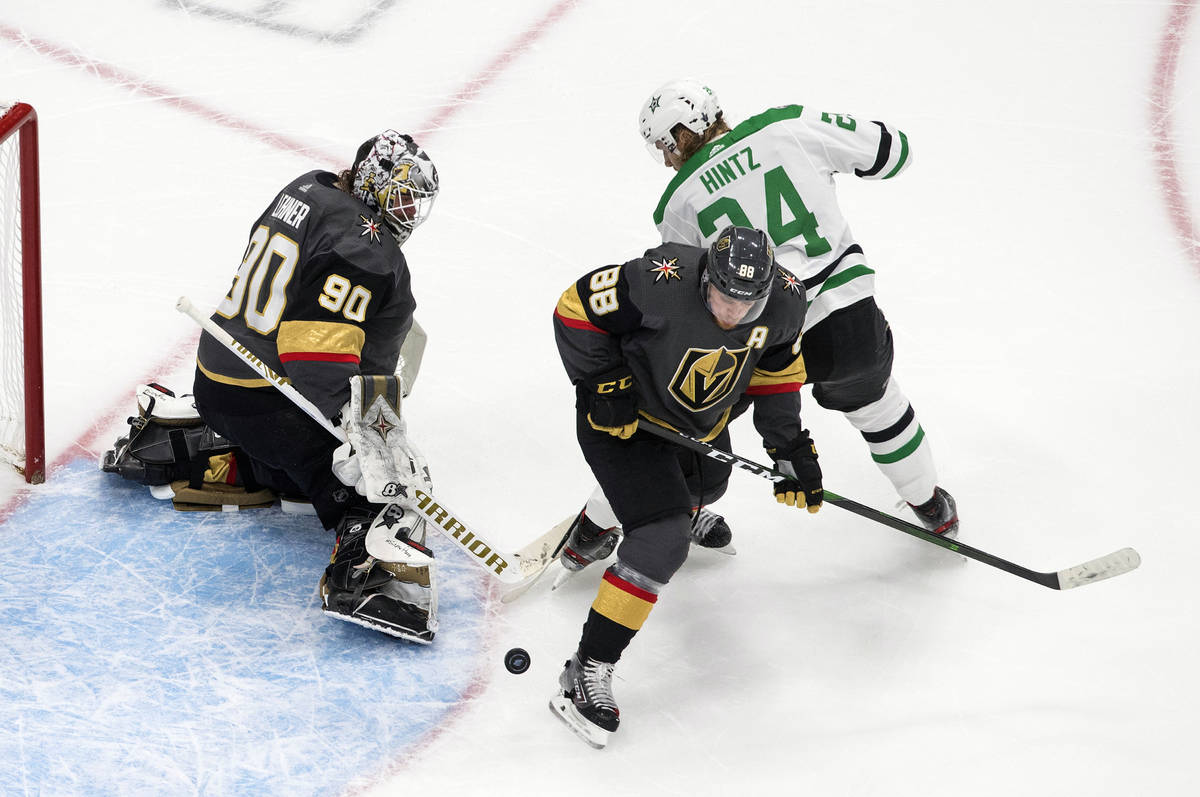 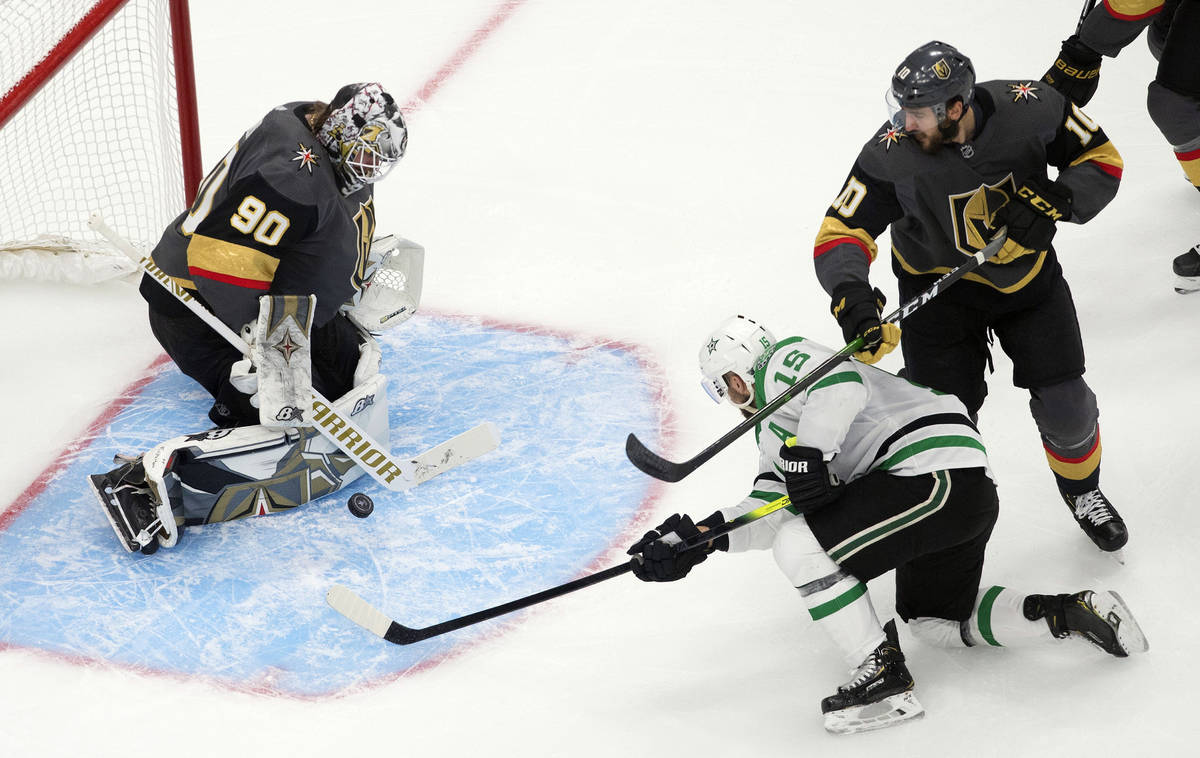 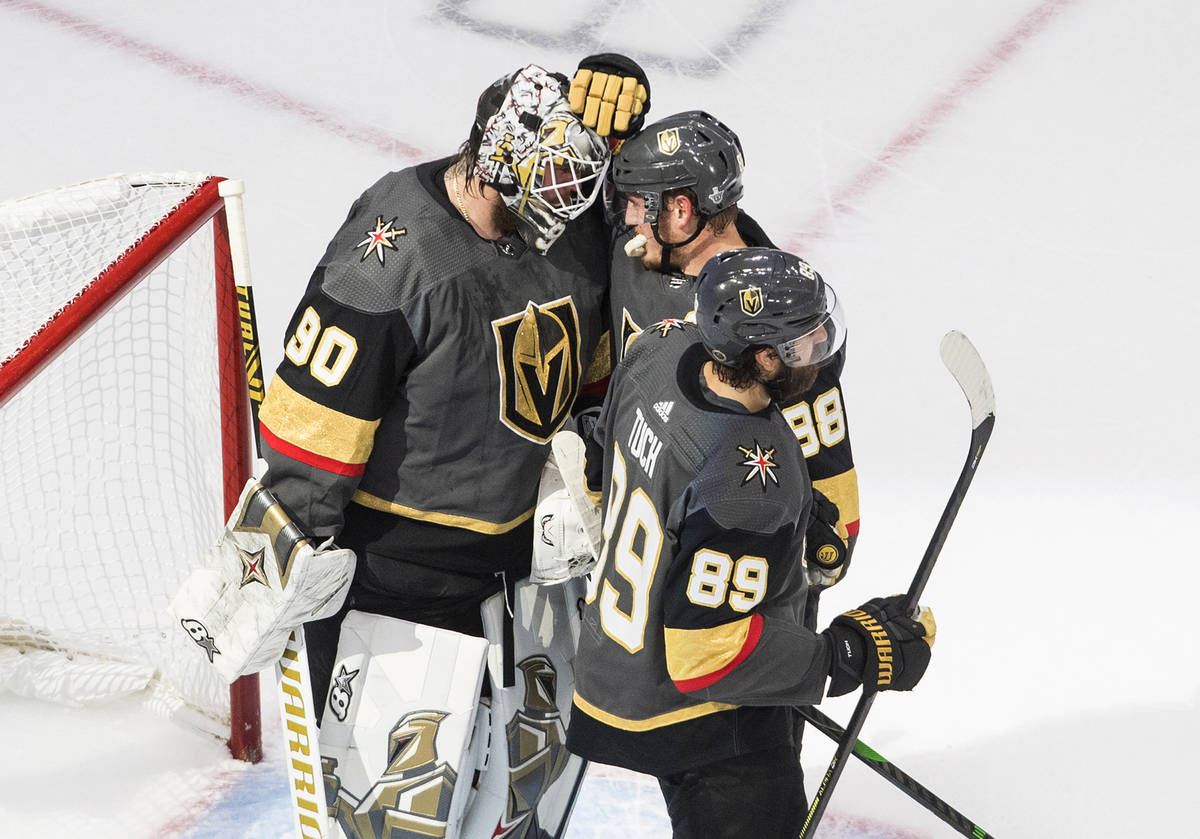 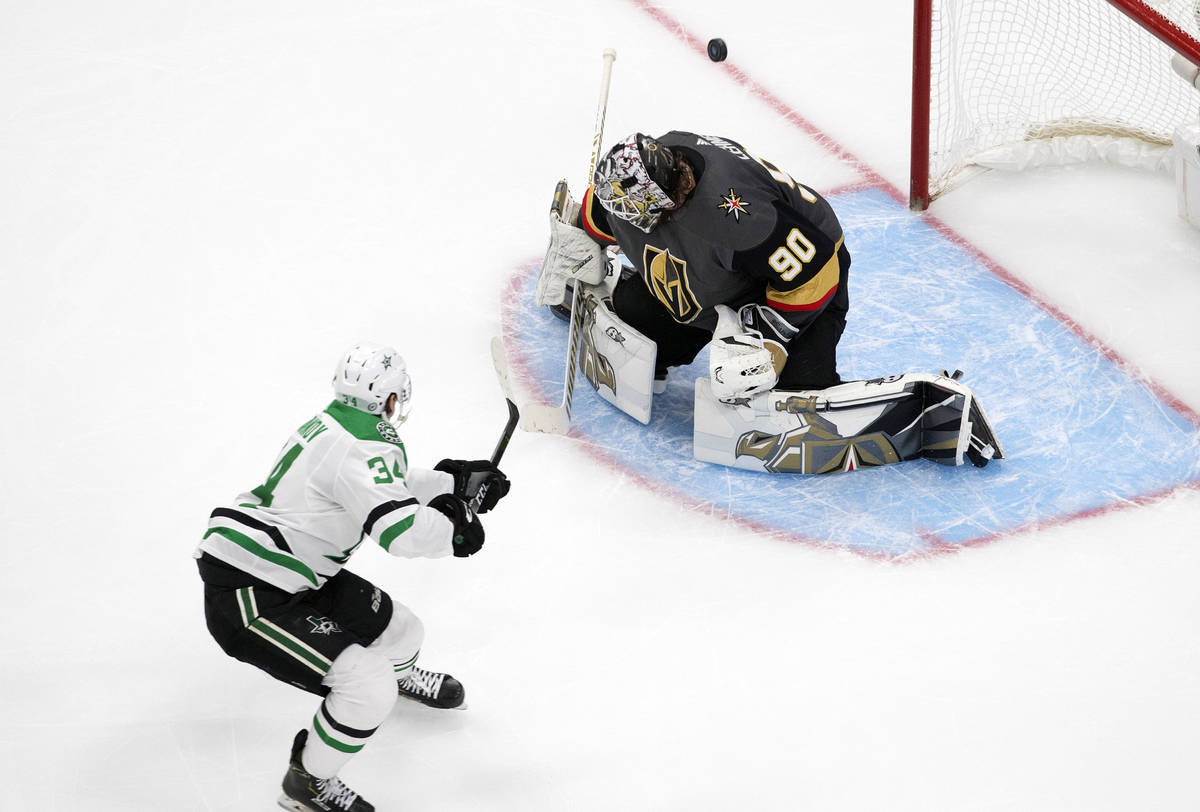 All Robin Lehner wanted was stability, on the ice and in his personal life.

Actually, the goaltender needed it.

“Stability is one of the biggest things for being a person with bipolar,” Lehner said. “What I can do with that going forward in terms of my performance on the ice, I think it’s just going to make it a lot better.”

Lehner made his long-rumored extension with the Golden Knights official Saturday, signing a five-year, $25 million contract through 2024-25.

The deal marks a major milestone for the 29-year-old from Sweden, who overcame alcohol and prescription drug addiction along with mental health struggles to finally earn long-term security.

“I’ve had my bumps and bruises. I’ve battled through a lot of things,” said an emotional Lehner. “I want to do this for my family, but I also want to do this for everyone else out there struggling, showing that you can get an organization, no matter if it’s professional sports or a normal job or executive or CEO, you can be counted on.”

Lehner wrote about his issues in a September 2018 story for The Athletic and was voted the winner of the 2019 Bill Masterton Memorial Trophy, given annually to the player who best exemplifies the qualities of perseverance, sportsmanship and dedication to ice hockey.

He played the past three seasons with Buffalo, the New York Islanders and Chicago on one-year contracts, as general managers were reluctant to commit to Lehner.

But the Knights believed in the 6-foot-4-inch, 240-pound netminder, who could have become an unrestricted free agent Friday.

Lehner denied a published report during the Western Conference Final that he agreed to a contract with the Knights. He now is tied with three others as the 12th-highest paid goaltender in the league based on salary cap hit, a potential bargain for the Knights.

Lehner ranks fourth in the league the past two seasons in goals saved above average, according to NaturalStatTrick.com.

“I think he’s at the right age where the very best years of Robin’s career are going to be the next five,” McCrimmon said. “I believe he thinks he’s got more in him, more to give. I think he’s incredibly excited about having a home and being a part of an organization for the long term.”

Lehner was acquired by the Knights at the trade deadline in February from Chicago (through Toronto), and his representatives informed McCrimmon soon after the cost and term they were seeking in a long-term extension.

Armed with that knowledge, McCrimmon said the Knights got to know Lehner better over the pause and determined he was a good fit.

Coach Pete DeBoer said Lehner played at an “elite level” during training camp, and he appeared in 16 of the 20 playoff games with a 9-7 record, 1.99 goals against-average and .918 save percentage.

“It was one of the oddities of expansion. We asked ourselves over and over, ‘Where is our next goalie?’ ” McCrimmon said. “We never, ever found that goalie. It’s the most important position on the team. It’s given us a chance to really solidify that position.”

With Lehner locked up as the goalie of the future, that leaves three-time Stanley Cup champion Marc-Andre Fleury and his $7 million cap hit in a precarious spot.

During the postseason, Fleury’s agent tweeted a picture of the goaltender being stabbed through the back by a sword with DeBoer’s last name inscribed on the blade.

Fleury stated that he wants to remain with the Knights and did not ask to be traded, but also said in the same interview he wanted to be a starting goalie.

The Knights are projected to be approximately $800,000 under the $81.5 million salary cap with 10 forwards, six defensemen and two goalies under contract.

“More decisions to be made,” McCrimmon said. “Obviously, now with Marc-Andre Fleury and Robin under contract, we’ve got different options that we’ll explore here before making our final decisions as we sort out the position.”

Lehner went 19-10-1 with a 2.89 goals-against average and .920 save percentage in 34 regular-season starts with the Knights and Blackhawks.

“I couldn’t find a better opportunity in a better setting than here in Vegas with a great community and a great fan base, organization,” Lehner said. “Something I’ve fought for, and for different reasons it’s taken its time. And now it’s here, so it’s a very good day for us.”