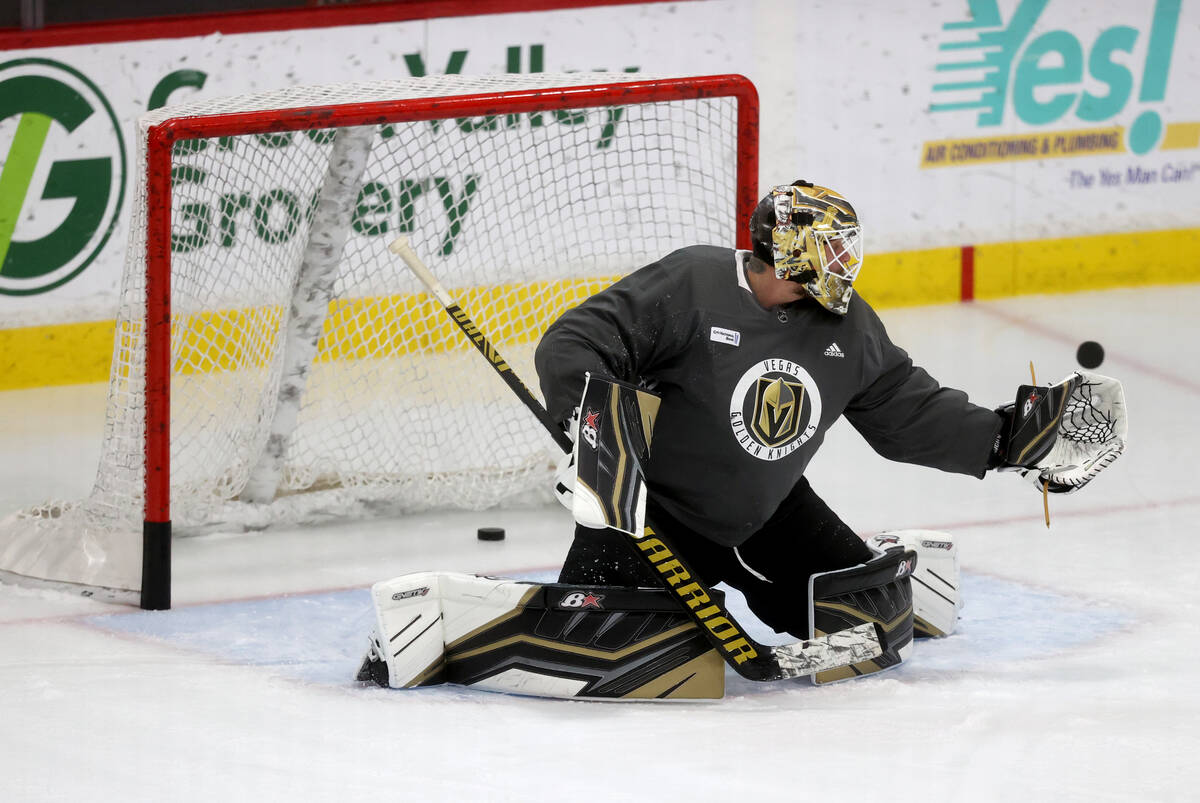 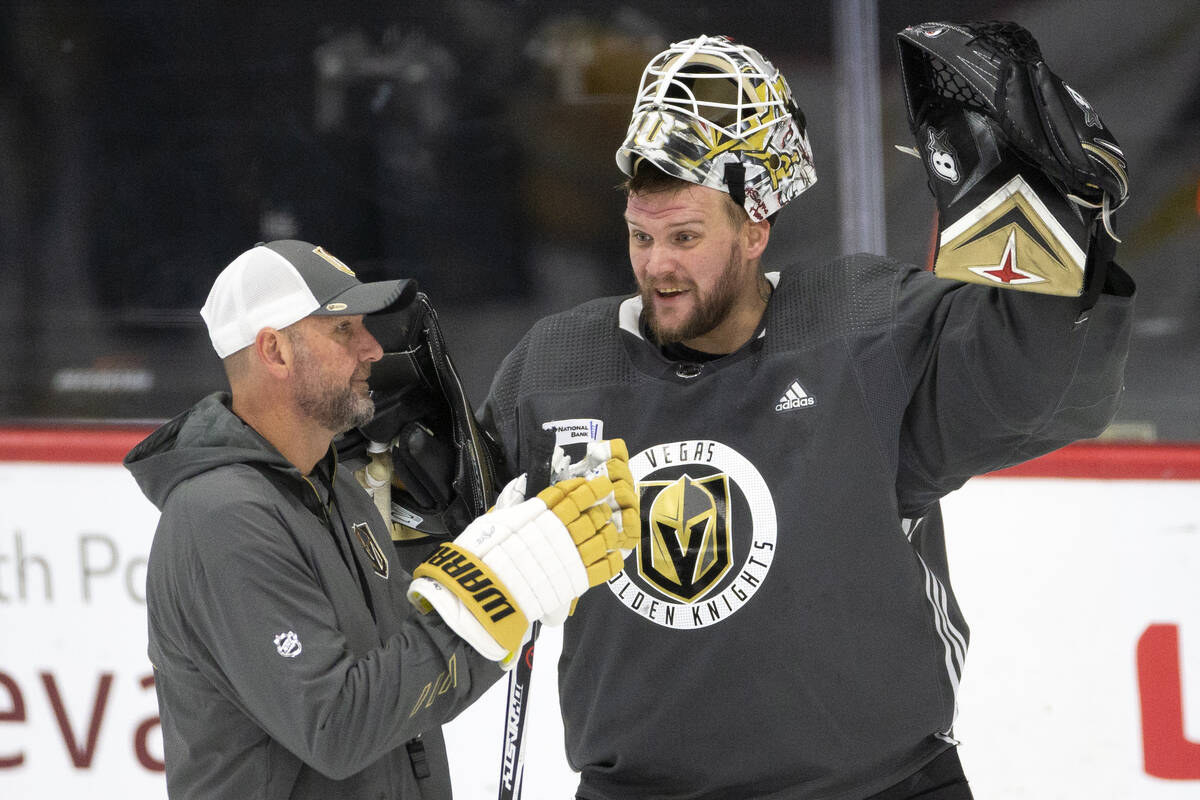 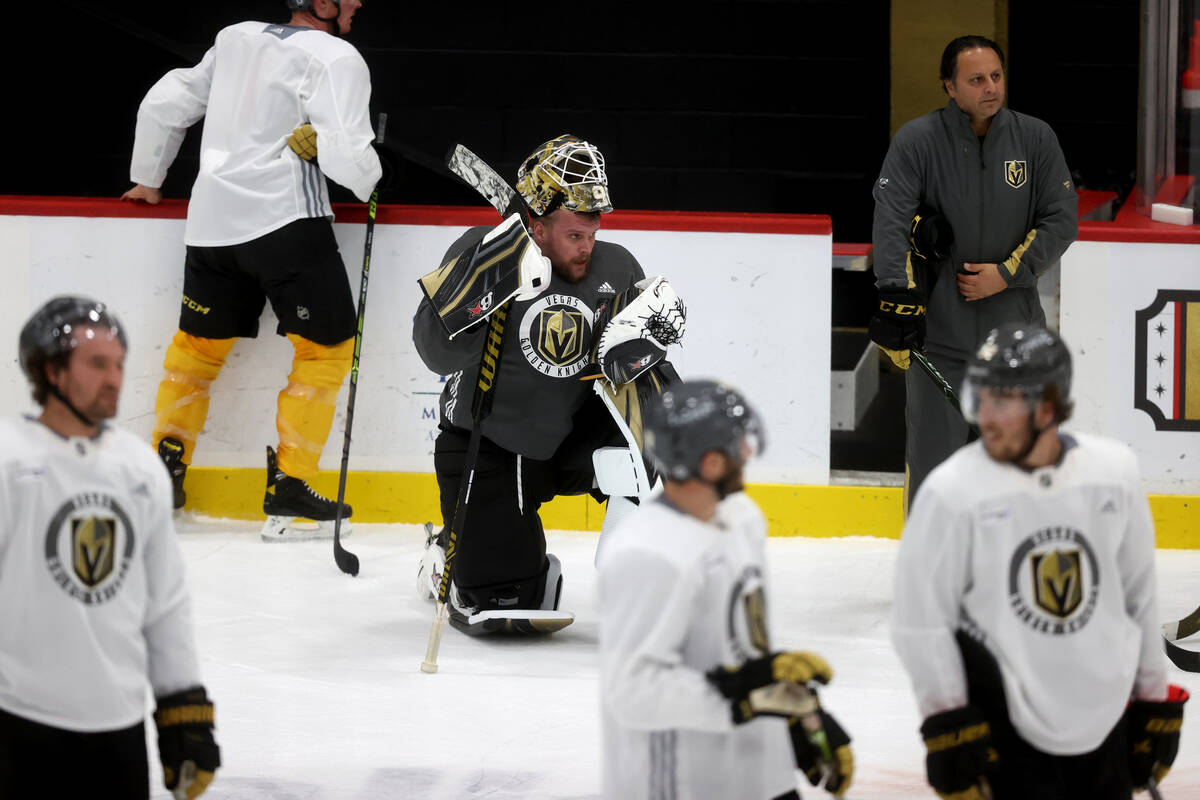 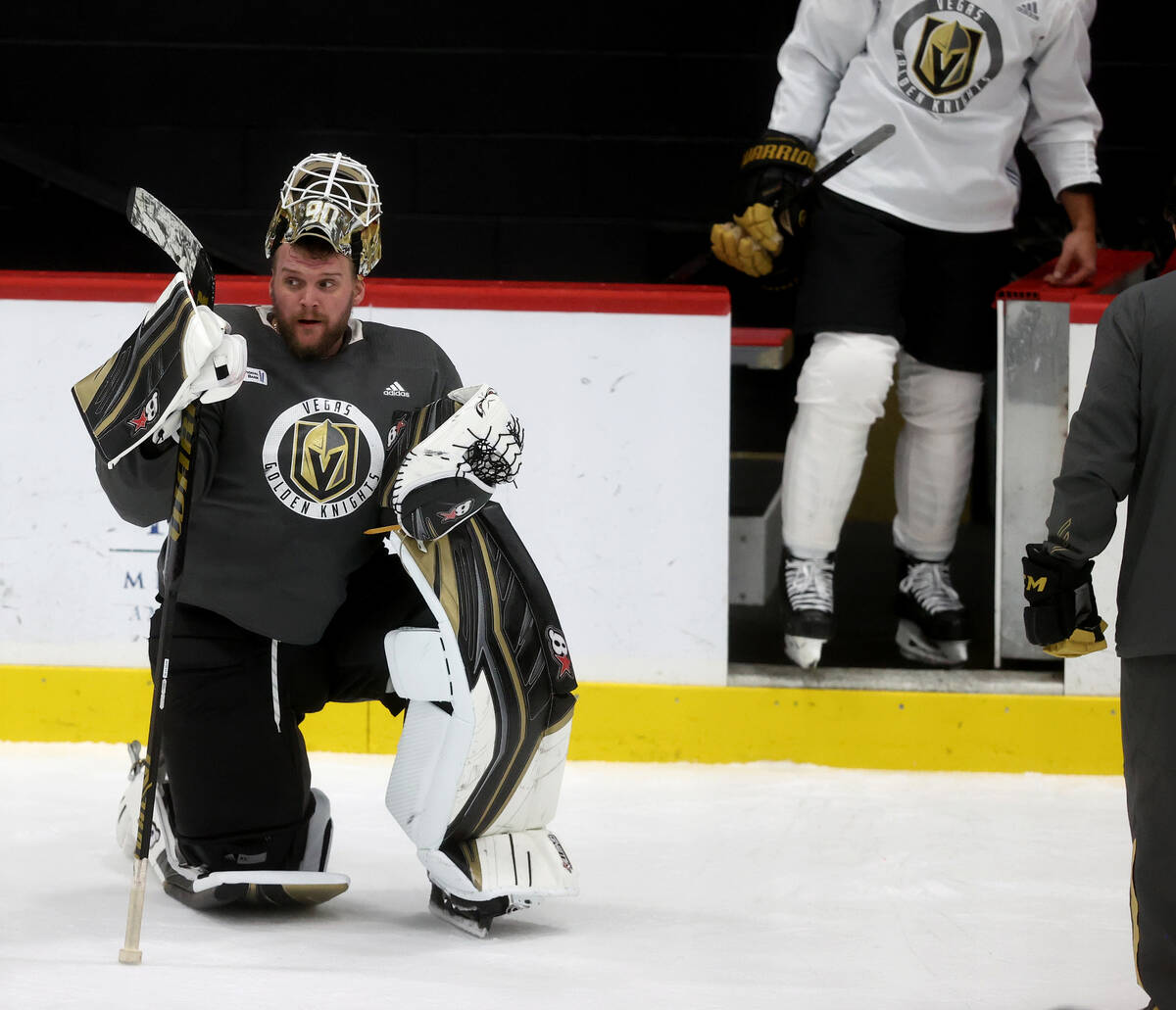 The net at the north end of City National Arena was guarded by the same goalie for four years.

Even when Marc-Andre Fleury took a rare day off from practice, all of his goaltending partners with the Golden Knights remained in front of the south net. There seemed to be an unspoken — or maybe it was spoken behind closed doors — understanding that the crease closest to the home bench belonged to the future Hall of Famer.

Fleury is now in Chicago, traded for $7 million of salary cap space that was used to upgrade the roster elsewhere. Robin Lehner is the undisputed No. 1 goaltender entering the Knights’ fifth season.

But on the first day of training camp, Lehner skated straight for the south end and claimed that net.

“I think he knows he’s got some big shoes to fill,” coach Pete DeBoer said. “At the same time, you don’t replace Marc-Andre Fleury. I don’t think it’s fair to put that expectation on him. I have no doubt, though, that this guy is committed to giving us excellent goaltending all year and championship goaltending all year.”

Lehner, 30, is expected to shoulder the majority of the workload for the Knights, with Laurent Brossoit signed as a free agent to serve as the backup.

It’s the first time since 2018 when Lehner was the full-time starter in Buffalo that he will be in that role. He split time with Fleury after being part of timeshares for the New York Islanders and Chicago.

But the Knights didn’t sign Lehner to a five-year, $25 million contract in 2020 and then deal the face of the franchise for nothing but cap space to have him alternate starts.

“Robin’s our rock. He’s proven that since he’s been here,” captain Mark Stone said. “I’m excited for him. I think he’s going to take the challenge and run with it. He’s wanted this for four, five-odd years now since he kind of rejuvenated himself in Long Island. It’s a big opportunity for him. I know he’s going to take it and run.”

In preparation for the season, Lehner dropped several pounds and began training with John Wood of Syndicate MMA in Las Vegas.

The change was designed to prolong Lehner’s career after his contract expires in four years and improve his movement in the crease. Lehner admitted to playing well above his listed weight of 240 pounds the past three seasons.

“The guy could probably be a fighter today if he really wanted to do it,” Wood said. “I love working with him. He’s such a professional. I’ve been very impressed.

“He’s come in and worked so hard. He’s probably down 10 to 15 pounds just in the short amount of time we’ve been working together. There’s no doubt he’s in great shape going into the season.”

Despite a slow start and a concussion that kept him out for more than a month, Lehner went 13-4-2 last season with a 2.29 goals-against average, .913 save percentage and shared the Jennings’ Trophy with Fleury for fewest goals against.

During training camp, he ruffled feathers across the NHL with his comments on Twitter accusing teams of medical malpractice. Lehner also said Flyers coach Alain Vigneault should be fired for mistreating players. And he admitted on the “Spittin’ Chiclets” podcast this was his most pressure-filled season.

Yet, the Knights have no reason to expect there to be a drop-off in net despite trading the reigning Vezina Trophy winner.

In the past three seasons, Lehner ranks second in the league in save percentage (.923) by goaltenders with 50 or more appearances. He’s No. 1 among goalies who have appeared in 100 or more games.

“At the end of the day, we have a really good team and we have high expectations,” Lehner said. “I think all the guys feel really good about going into the season. I feel good, and we’re very motivated.”