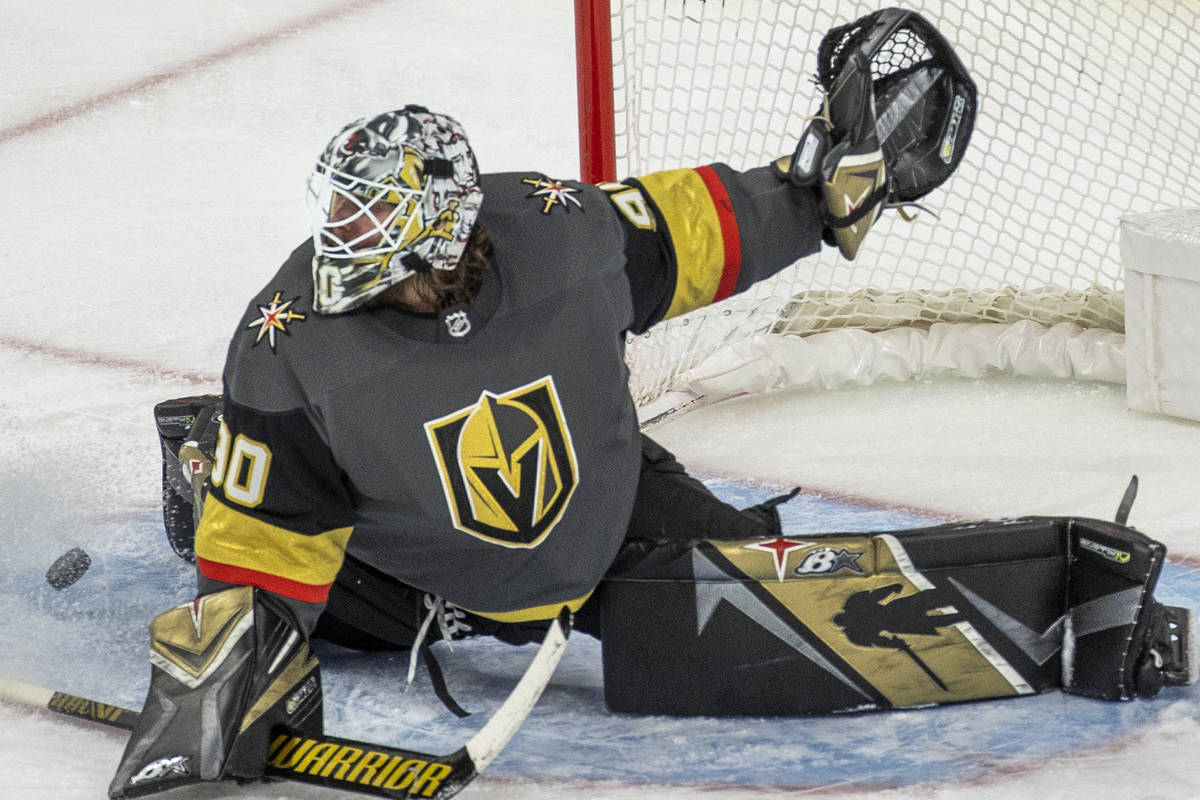 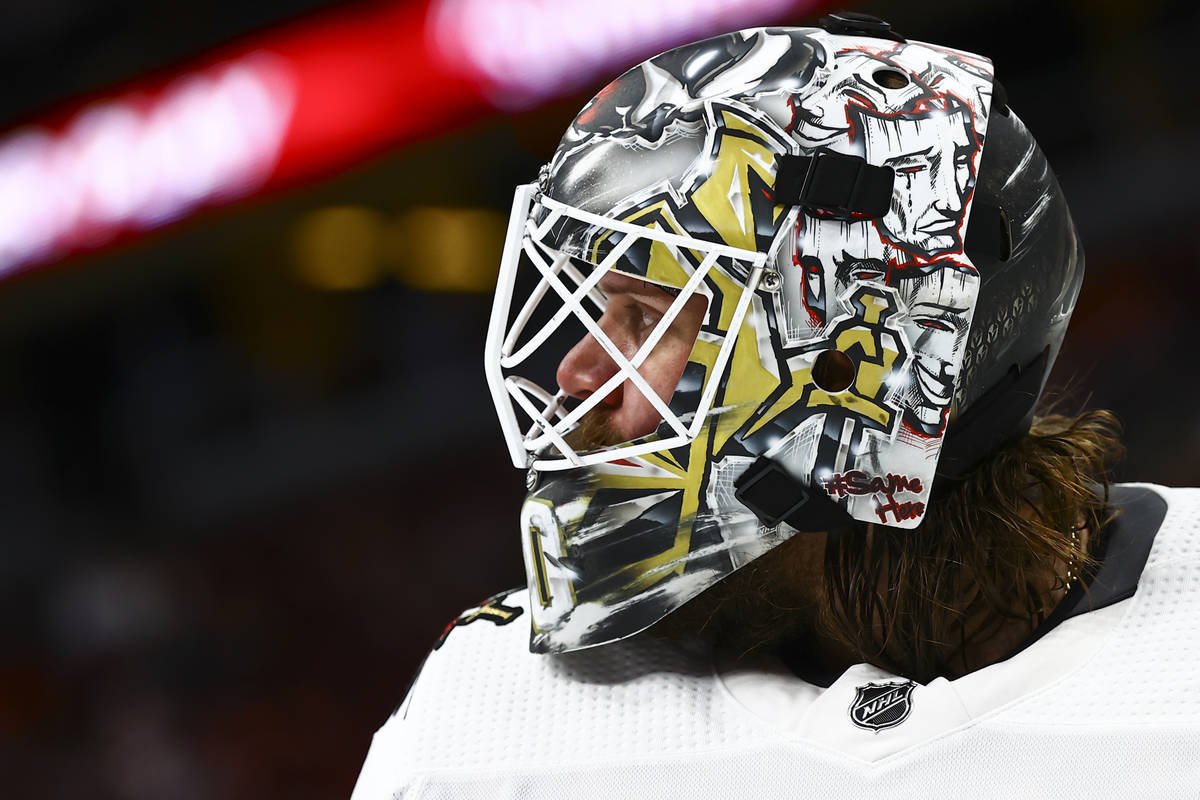 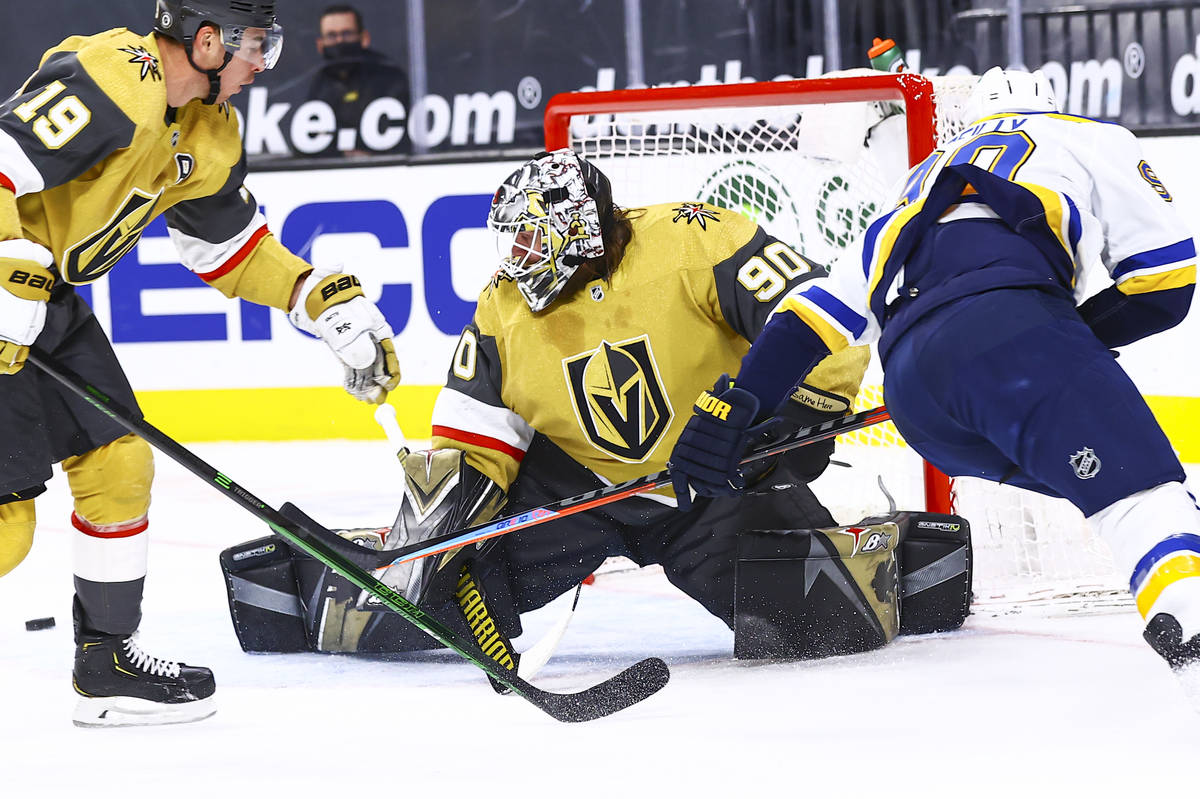 Tuesday, July 27, was a seismic day in the Hall of Fame career of Marc-Andre Fleury and the history of the Golden Knights franchise.

It was also life-changing for Robin Lehner.

The Knights’ now undisputed No. 1 goaltender was handed the keys to a Stanley Cup contender in one of the newest cities in the NHL with one of its most passionate fan bases.

Not all of those fans congratulated Lehner, who for many was a target for scrutiny and even outright scorn from those who disagreed with the Knights’ decision to trade Fleury.

He didn’t ask for any of it.

The Knights’ decision to do so puts Lehner in an interesting position entering his third year with the team. He’s more than capable of giving the franchise continued great play in net. But facing comparisons to what Fleury brought off the ice will be another challenge entirely.

“I think when you go back to the decision that we made to extend Robin Lehner a year ago, right from expansion we were always looking for our next goalie,” general manager Kelly McCrimmon said. “I think that’s where Robin slots in real nicely. He’s got four years left on his term. He’s at the prime of his career and that’ll give us the type of goaltending that you need to win. That’s partly what this decision was based on.”

Few in any sport bring the passion, charm and charisma the 36-year-old does wherever he goes. Fleury formed an immediate and long-lasting bond with the franchise from the moment he was selected in the expansion draft.

Stepping into those shoes was always going to be a tall task for anyone. Lehner knows that firsthand. Before Game 4 of the NHL semifinals on June 20, he later acknowledged that he read criticism on social media about coach Pete DeBoer’s decision to start him.

I have no one else’s shoes to fill but my own.

Lehner also said he received social media attacks about his mental illness the day Fleury was traded. He has Bipolar 1 disorder and post-traumatic stress disorder and has been an advocate for increased conversation about mental health.

“I’ve been in these situations, played with a lot of good goaltenders,” Lehner said in his exit interview June 26.

Lehner said he understood that adding another goaltender could be viewed as a “negative thing,” especially in a new hockey town that is in love with the incumbent starter. But he also said, “Flower is as much of a legend for me as he for you guys.”

Lehner has an engaging personality in his own right and has received support from fans for his mental health advocacy and social media activity. He publicly criticized the NHL’s COVID-19 protocols in April for not prioritizing players’ mental health and the rules were relaxed by the playoffs.

He also is more than worthy of being a No. 1 goaltender.

The two formed an incredible tandem last season when they combined to win the Jennings Trophy for the fewest goals allowed in the NHL. Fleury had the bulk of the workload and won the Vezina Trophy. Lehner was limited to 19 games because of a concussion.

The two offered each other advice and support no matter which one was in the net. Before the Knights’ final game of the season, Fleury’s daughters gave Lehner supportive pictures they had drawn to encourage him.

After being benched for the third time in his team’s last four elimination games, Fleury, the third-winningest goalie in NHL history, was seen getting gum for Lehner before the puck drop.

“Our relationship grew over the season,” Fleury said in his own exit interview. “We get along very good and obviously as goalies that is something you strive for. Winning but also not giving up too much. I think both of us together were able to accomplish that this year.”

Lehner now stands alone after McCrimmon decided it was cost-prohibitive to bring back a $12 million goalie battery, the second-most expensive in the NHL last season.

The Knights are moving forward with Lehner, who is younger, cheaper and under contract for three more seasons than Fleury. It’s a decision that will shape the team’s future for years to come.

It also throws a bright spotlight on Lehner, who will take the mantle of franchise goalie from a man beloved for so much more than stopping pucks.

“We made the decision to go with that tandem last year based on a number of factors,” McCrimmon said. “We definitely benefited from both of those goaltenders. I think when you look forward to this year, I think that same scenario might have been a little harder to manage.”