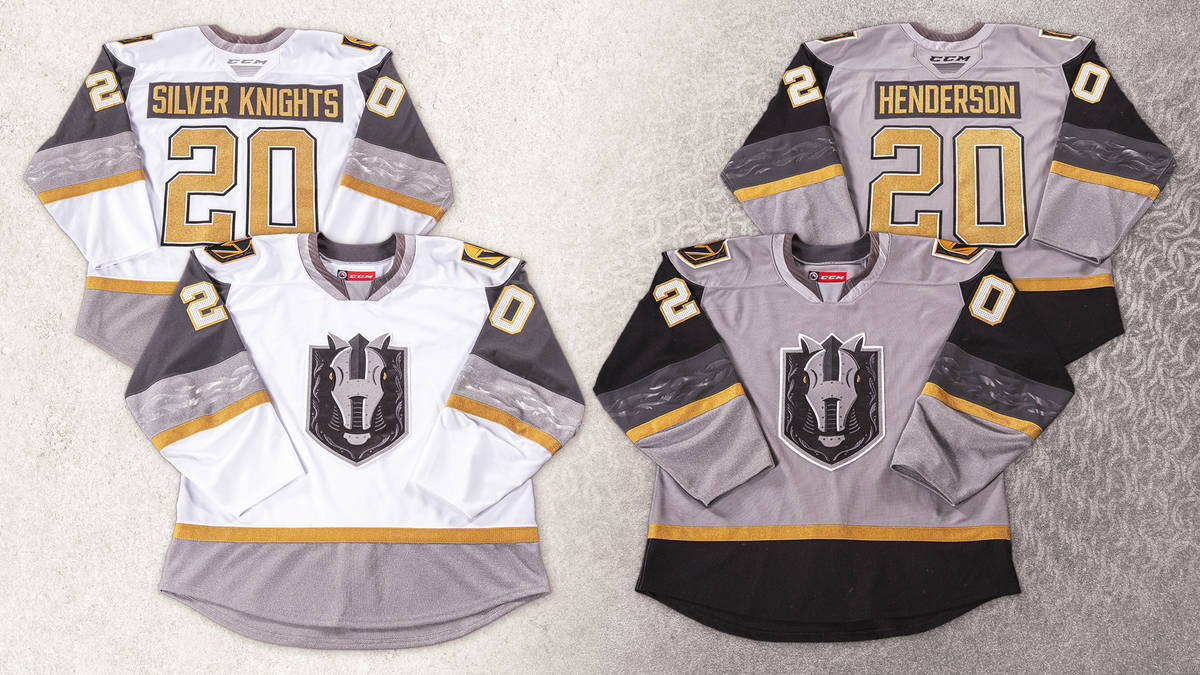 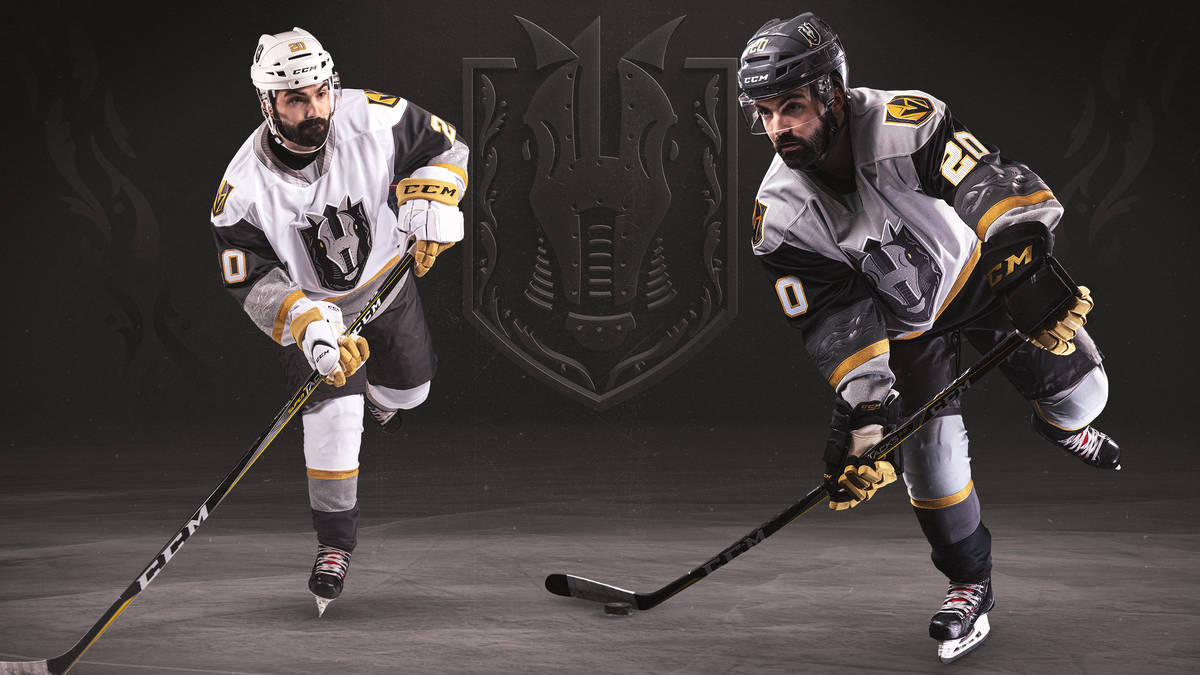 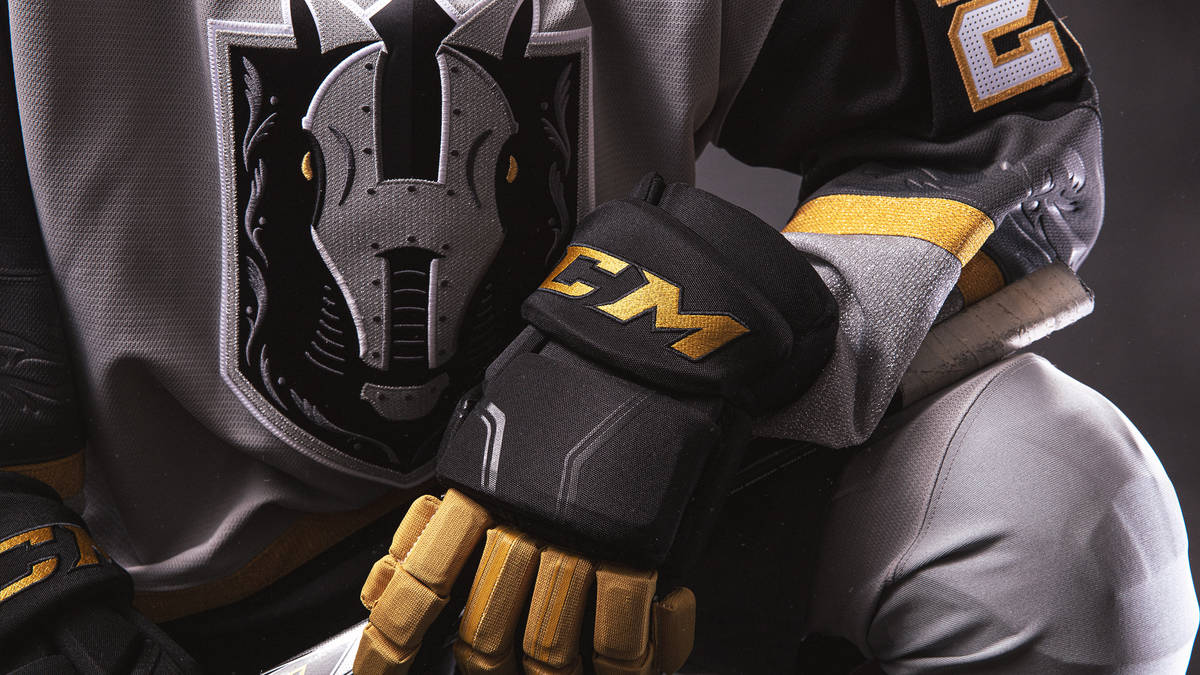 The Henderson Silver Knights’ first jerseys aren’t as gaudy as the Golden Knights’ gold ones, but they sparkle in their own right.

The American Hockey League team unveiled one silver and one white sweater Monday night. Both jerseys also feature plenty of gold, including gold numbers and gold lettering on the back.

“I think the players are going to be proud to wear those jerseys,” Silver Knights coach Manny Viveiros said during the show. “Not only that, but I think the kids here in Las Vegas can’t wait to get their hands on these things.”

Both jerseys feature six colors and display the Silver Knights’ war horse logo prominently on the front. The Golden Knights’ logo is on the shoulders to represent the tie between the two teams.

“I think that’s a real nice touch, the name bars up there,” Viveiros said. “The names are going to stand out. Just the way everything goes together, it really catches your eye.”

Knights goaltender Oscar Dansk is a fan. The organization’s No. 3 goaltender was even inspired after seeing the look to potentially make a bold fashion statement next season.

“I mean, (Marc-Andre Fleury) has all-gold (pads),” Dansk said on the special. “All silver, maybe?”

The reveal was another step for the Silver Knights as they inch toward their inaugural season. The AHL has a tentative Feb. 5 start date, and Viveiros said he’s preparing as if that will be the day.

The team will play in Orleans Arena its first two seasons while its new rink, at the Henderson Event Center, is being built. It will practice at Lifeguard Arena, which will officially open Tuesday.

The main thing left to do before hockey returns is fill out Viveiros’ staff. After that, the team largely will be ready for hockey now that they have their game uniforms.

”I love it,” Dansk said. “I think it’s really cool. It really speaks to Vegas as a city.

“I like glitter, especially on the back plate there. I think that looks really nice. I can’t wait to wear them.”