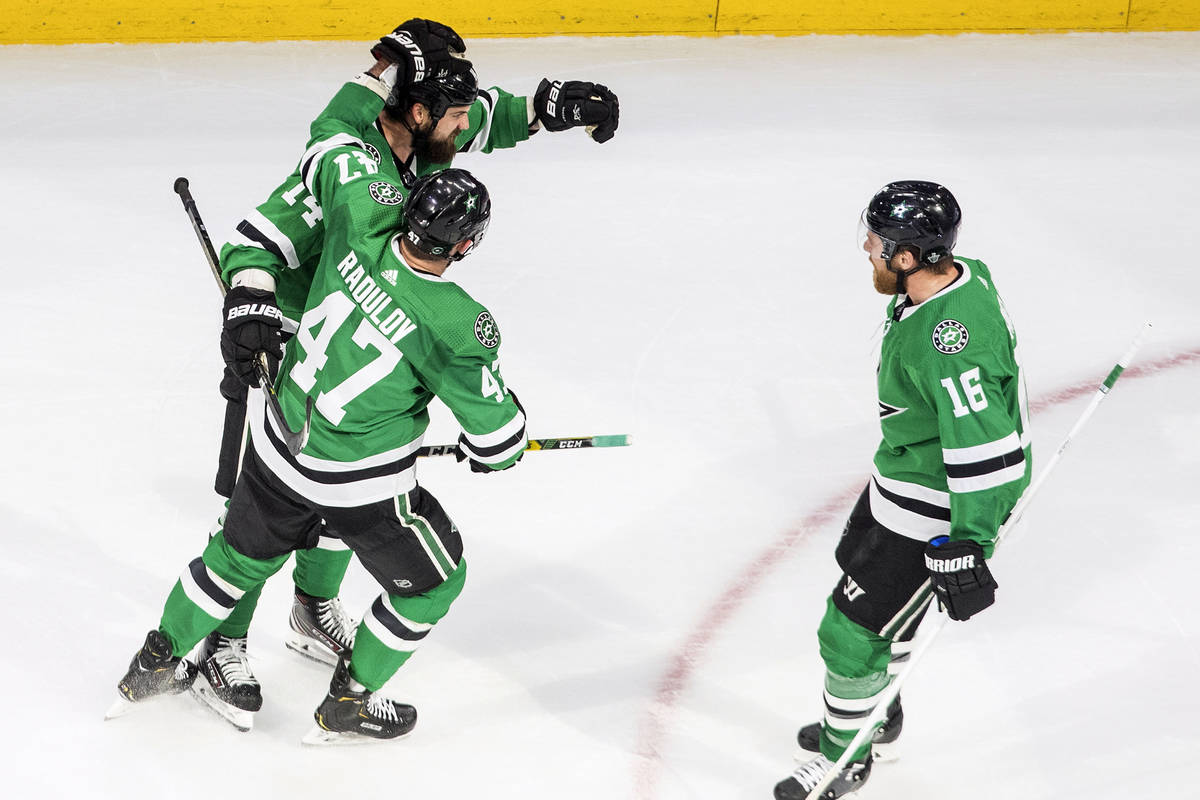 To embellish the old song, the first goal has cut the deepest in the NHL’s Western Conference Final between the Golden Knights and Dallas Stars.

The team that had scored first had won each of the first three games. By drawing first blood in the first and third games, the defensive-minded Stars were able to fall back into their shell, form a gauntlet around Anton Khudobin and let their stingy goalie handle things from there.

So much for pregame trends, themes and predictions.

It was the Knights who scored first in Game 4 on Saturday before the Stars responded with goals from veterans Joe Pavelski and Jamie Benn en route to a 2-1 victory and 3-1 series edge inside the Edmonton, Alberta, bubble.

Instead of opening up the Dallas defense, falling behind in the second period sparked the Stars’ offense.

“We didn’t have a whole lot of energy at the start,” Dallas coach Rick Bowness said about Alec Martinez giving Vegas the lead on a power-play blast from the top of the right faceoff circle. “They were throwing more pucks at the net than we were. We needed something to get us going. Pavelski’s goal got us going.”

Before Pavelski’s fluttering backhander found the back of Robin Lehner’s net after Nate Schmidt’s giveaway, the Knights were outshooting the Stars 22-6. Dallas enjoyed a 7-2 edge in shots during the remainder of the second period and took the lead when Benn knocked home a rebound after Brayden McNabb was sent off for holding.

After that, the Stars reverted to defensive mode and survived a five-on-three short-handed situation for 1:10 deep in the third period during which Khudobin made several clutch saves.

“I just tried to find the puck and react to it,” said Khudobin, who stopped 32 of the 33 shots he faced and also got help from the post on a couple of occasions. “I don’t know if it was luck or whatever.”

It’s not luck, his teammates said. It’s faith in their red-hot 34-year-old goalie, and the Stars’ ability to protect the lead once they get one.

“We play with confidence, we play the puck and (Khudobin) made some big saves for us,” Stars forward Corey Perry said. “It starts with (Khudobin) and works its way up.”

Added Bowness: “When the game is on the line like that, and your players respond like we did, from a coaching perspective we’re very happy. We gutted it out and found a way to get it done.”

If they can get it done one more time in three games, the Stars will advance to their first Stanley Cup Final in 20 years despite getting outshot by the Knights 130-92 in the first four games.

“There’s a big commitment on our side, for sure,” said Benn, the hard-nosed Dallas captain. “We understand where we’re at, but we haven’t done anything yet.”