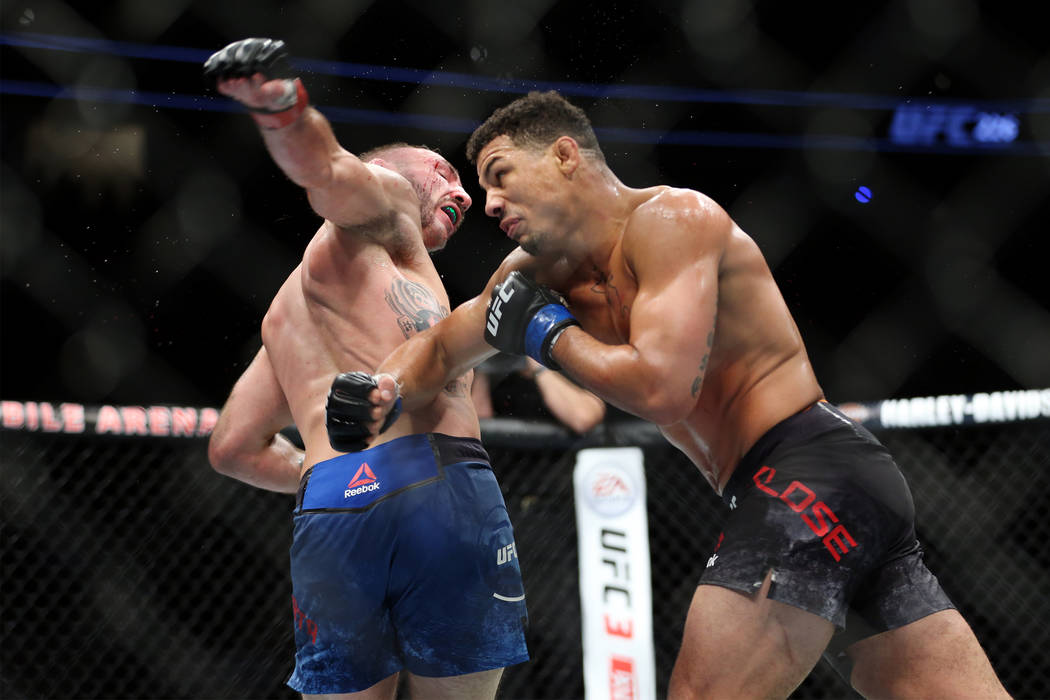 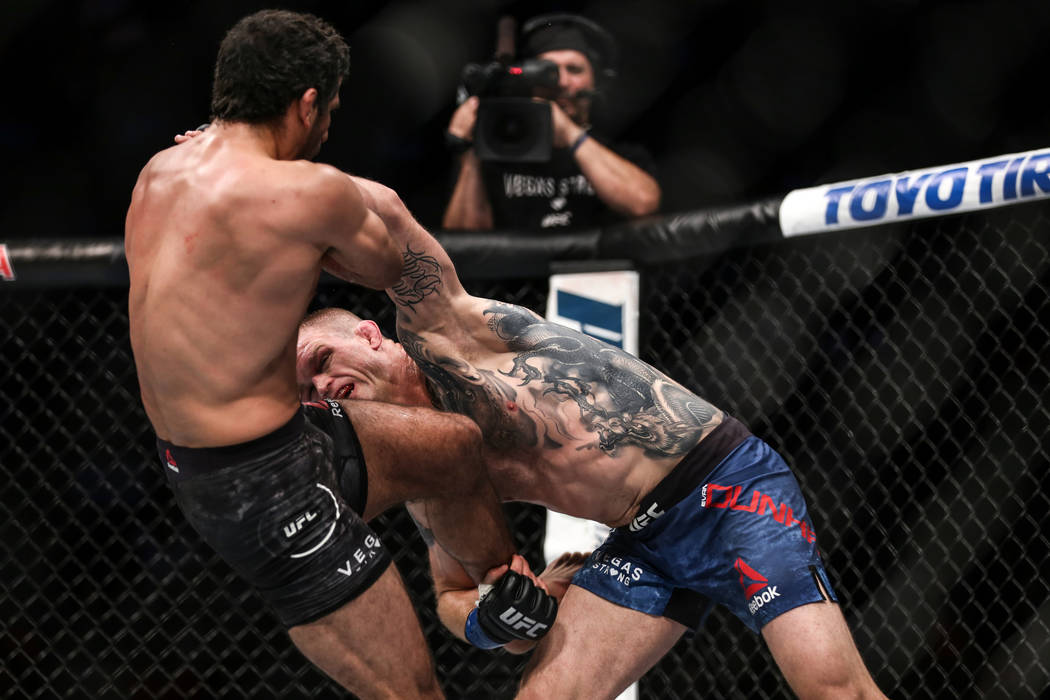 Beneil Dariush, left, is punched by Evan Dunham, right, during final round of the lightweight bout UFC 216 at T-Mobile Arena in Las Vegas, Oct. 7, 2017. The fight was ruled a draw. (Joel Angel Juarez/Las Vegas Review-Journal) @jajuarezphoto 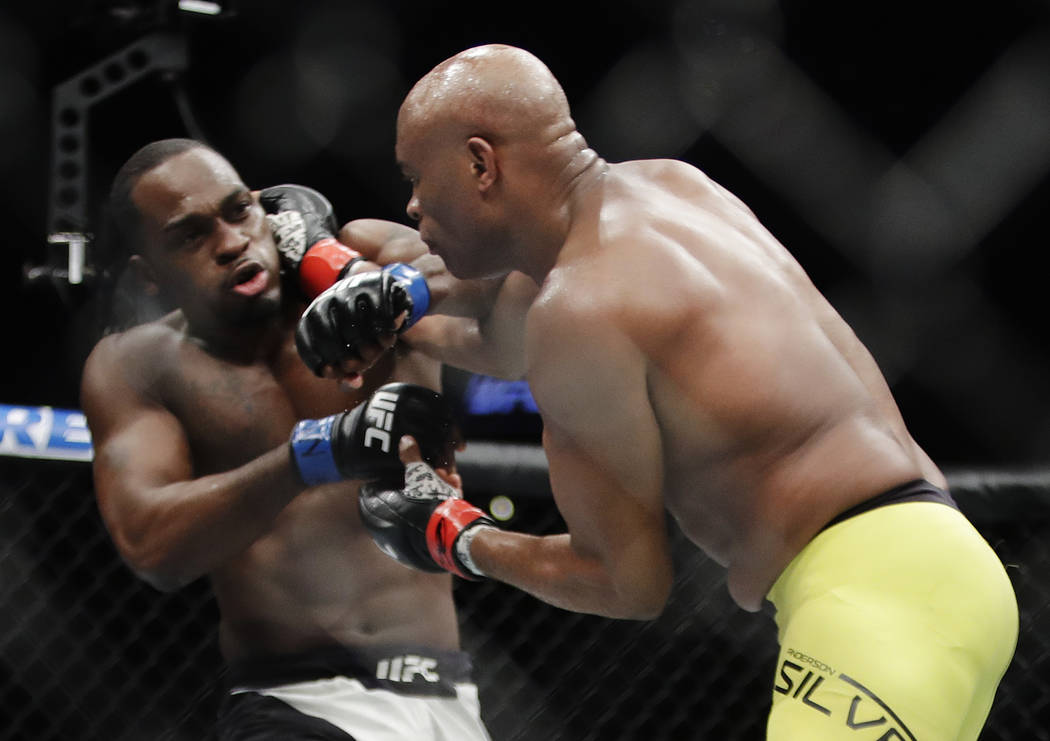 A pair of bouts have been added to the UFC 248 card set for March 7 at T-Mobile Arena.

Derek Brunson will fight Edmen Shahbazyan in a matchup of middleweight contenders, sources close to the organization confirmed on Tuesday.

Beneil Dariush will take on Drakkar Klose in a rescheduled battle of dangerous lightweights, a fight that has been long rumored for the event and was finally made official.

Brunson is coming off consecutive wins since a knockout loss to current champion Israel Adesanya, who will defend the belt against Yoel Romero on the card.

Shahbazyan is an undefeated 22-year-old rising star who is 4-0 in the UFC with the last three wins coming in the first round. He took a big step up in competition and delivered with a head-kick knockout of Brad Tavares in November.

A top-10 showdown with Brunson is his reward.

Dariush and Klose were scheduled to fight in July, but Dariush was forced to pull out of the event due to an injury less than a week out and no replacement opponent was booked.

Klose has three straight wins, all by decision, since suffering the first loss of his career in December 2017.

Dariush is also on a three-fight winning streak, including the last two by submission.