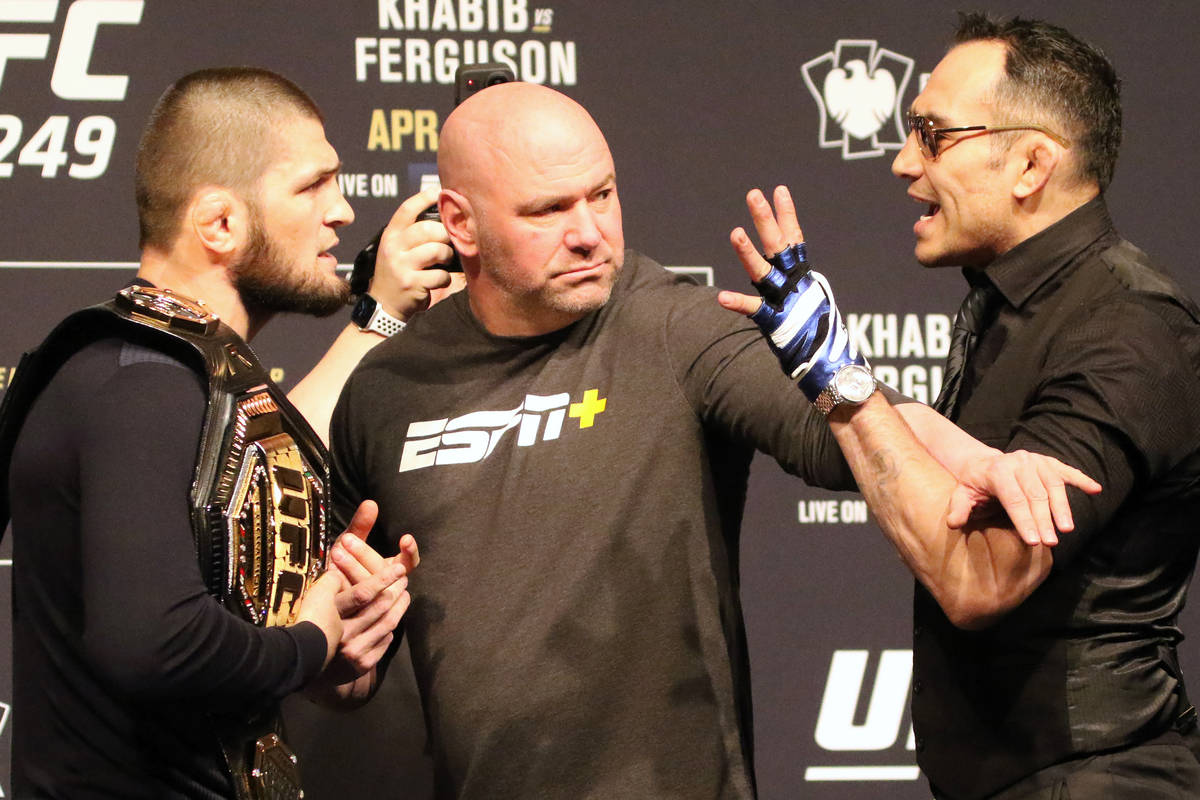 UFC president Dana White insisted again that one of the most anticipated fights in the organization’s history will happen April 18 despite the cancellation of sporting events around the globe.

Lightweight champion Khabib Nurmagomedov was scheduled to defend the title against Tony Ferguson in the main event of UFC 249 on that date in Brooklyn, New York. The fight has been scheduled four times and called off all four times for various reasons.

With New York barring large gatherings because of the spread of the coronavirus, White wanted to move the card to Las Vegas. But the Nevada Athletic Commission was not expected to approve it, either, leaving White looking for a new venue.

He said last week that location almost certainly would be outside the United States, and he took another step toward confirming that when he spoke to ESPN on Monday.

White reportedly told the outlet, which will distribute the pay-per-view through its ESPN Plus platform, that the new location is “99.9 percent” finalized. He would not identify the venue.

“Trust me, Khabib has been telling me every day, ‘Send location,’ ” White told ESPN, citing one of Nurmagomedov’s trademark phrases. “I have it. It’s 99.9 percent. On April 18, we are having this fight.”

Nurmagomedov had been training at American Kickboxing Academy in San Jose, California, where he has spent the majority of his camps since joining the UFC. But White said Nurmagomedov has returned to Russia with California under a stay-at-home order.

Ferguson lives and trains in Southern California, where he remains.

The plan is to have a full fight card, White said.

“We’re going to face some problems, I’m sure,” he said. “There are always problems with every card we put on, and with this situation, you expect there will be more, but we will still find a way to promote these fights. We always do.”

White had vowed to continue putting on events even after other major sports leagues suspended their seasons. The UFC held one of the last major sporting events with a card in front of an empty arena March 14 in Brasilia, Brazil.

White then made arrangements to hold the events on tribal land in Oklahoma, but had to change course when President Donald Trump last week advised against gatherings larger than 10 people.

UFC 249 would mark the organization’s return to live action.