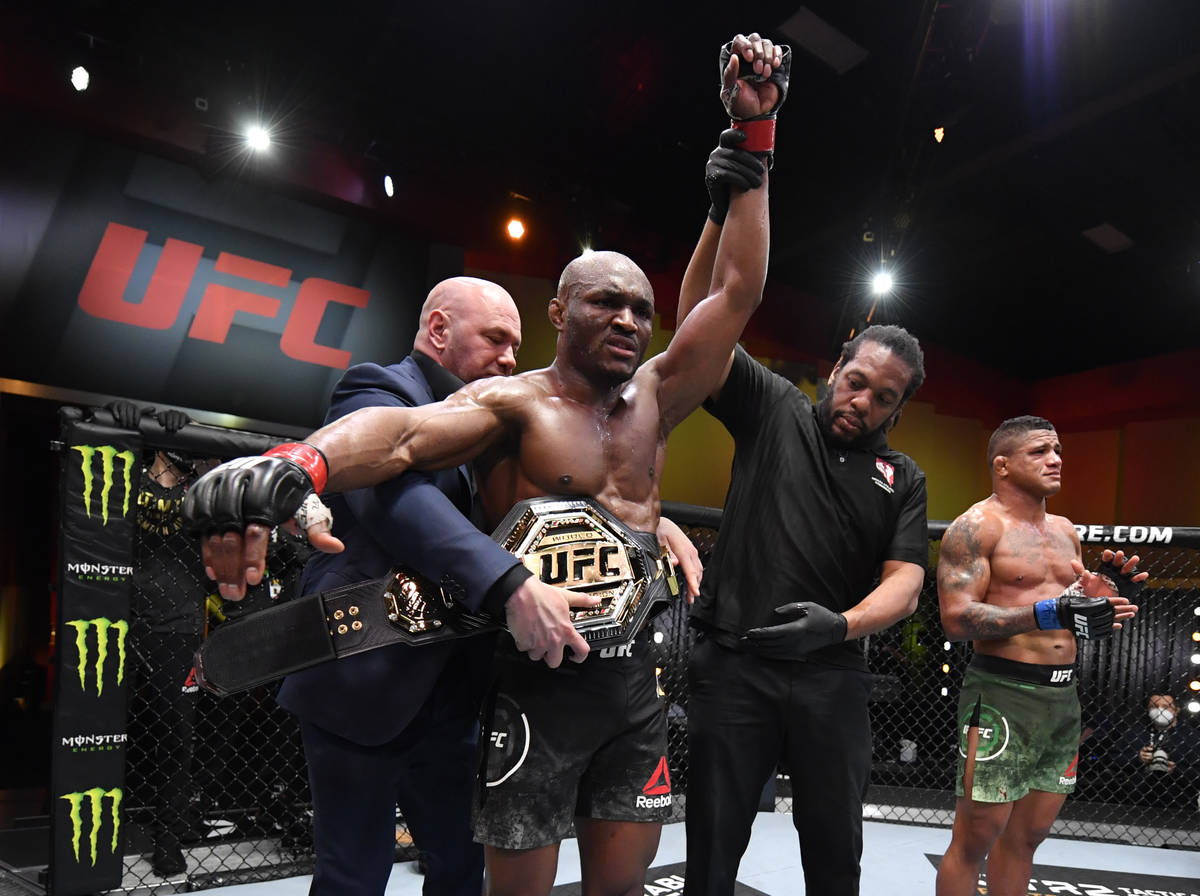 Kamaru Usman of Nigeria reacts after his victory over Gilbert Burns of Brazil in their UFC welterweight championship fight during the UFC 258 event at UFC APEX on February 13, 2021 in Las Vegas, Nevada. (Photo by Jeff Bottari/Zuffa LLC) 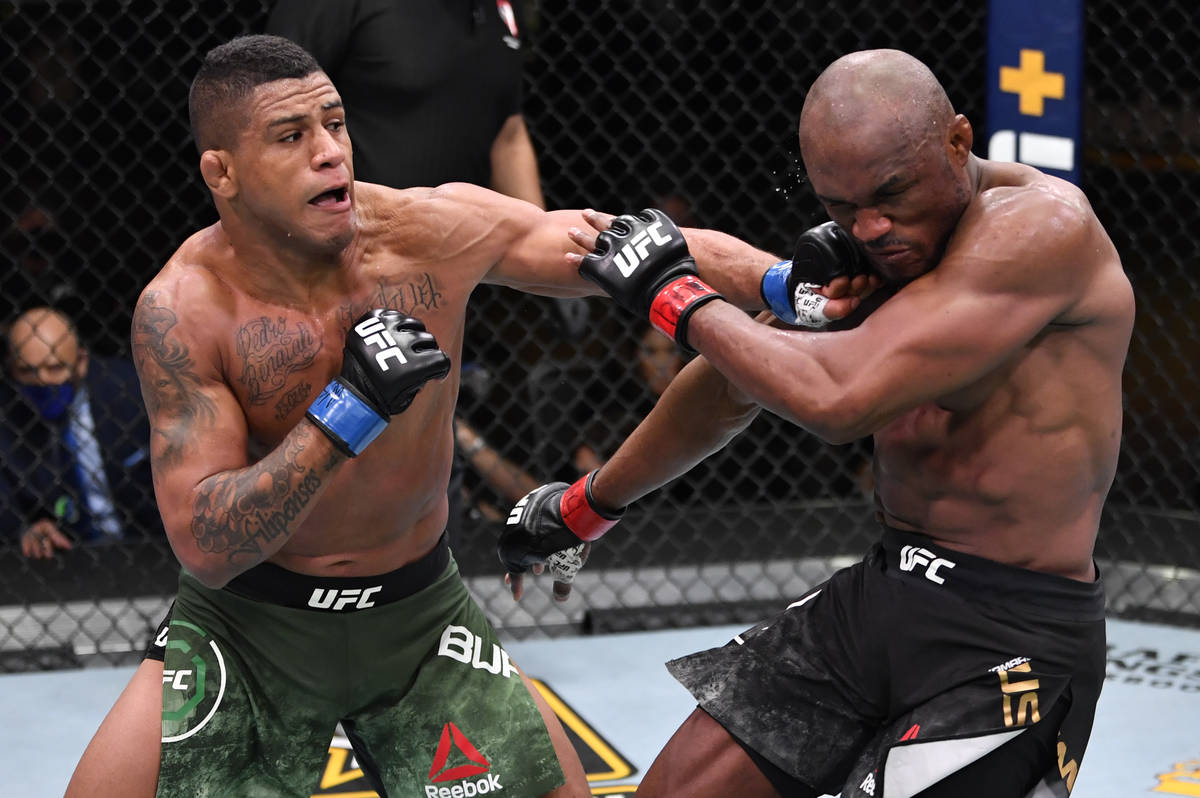 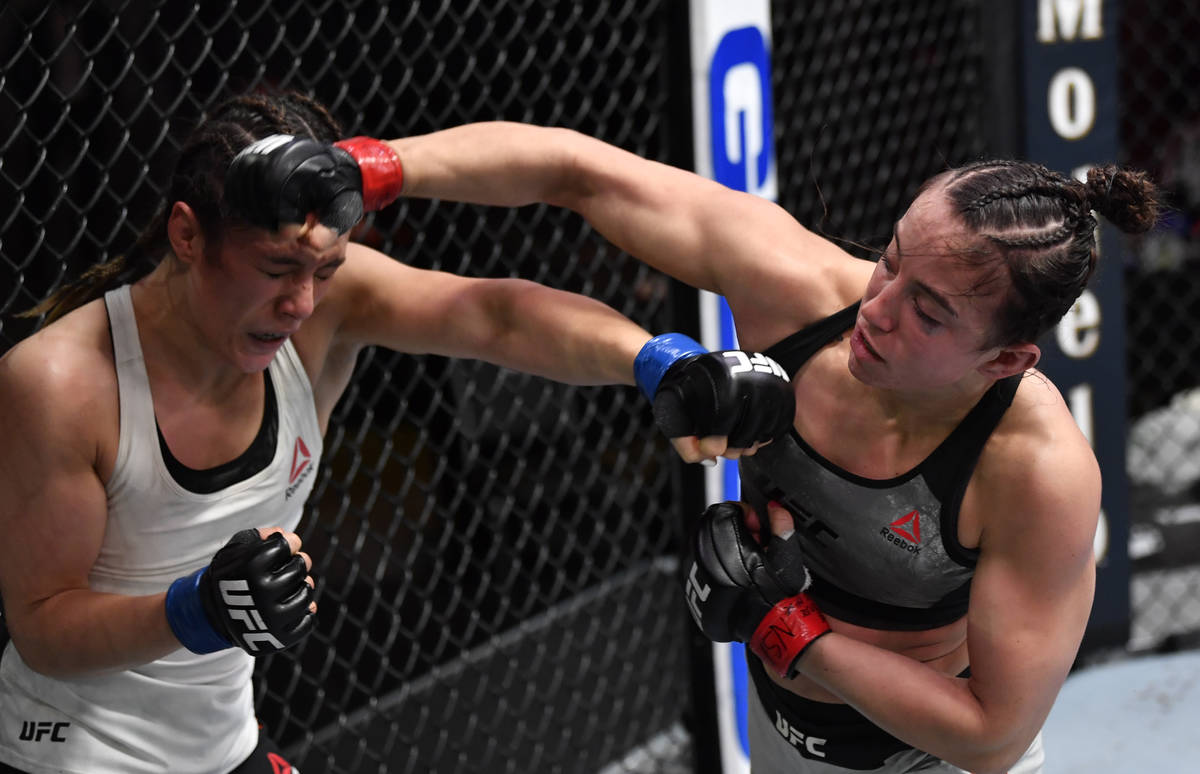 (R-L) Maycee Barber punches Alexa Grasso of Mexico in their flyweight fight during the UFC 258 event at UFC APEX on February 13, 2021 in Las Vegas, Nevada. (Photo by Jeff Bottari/Zuffa LLC) 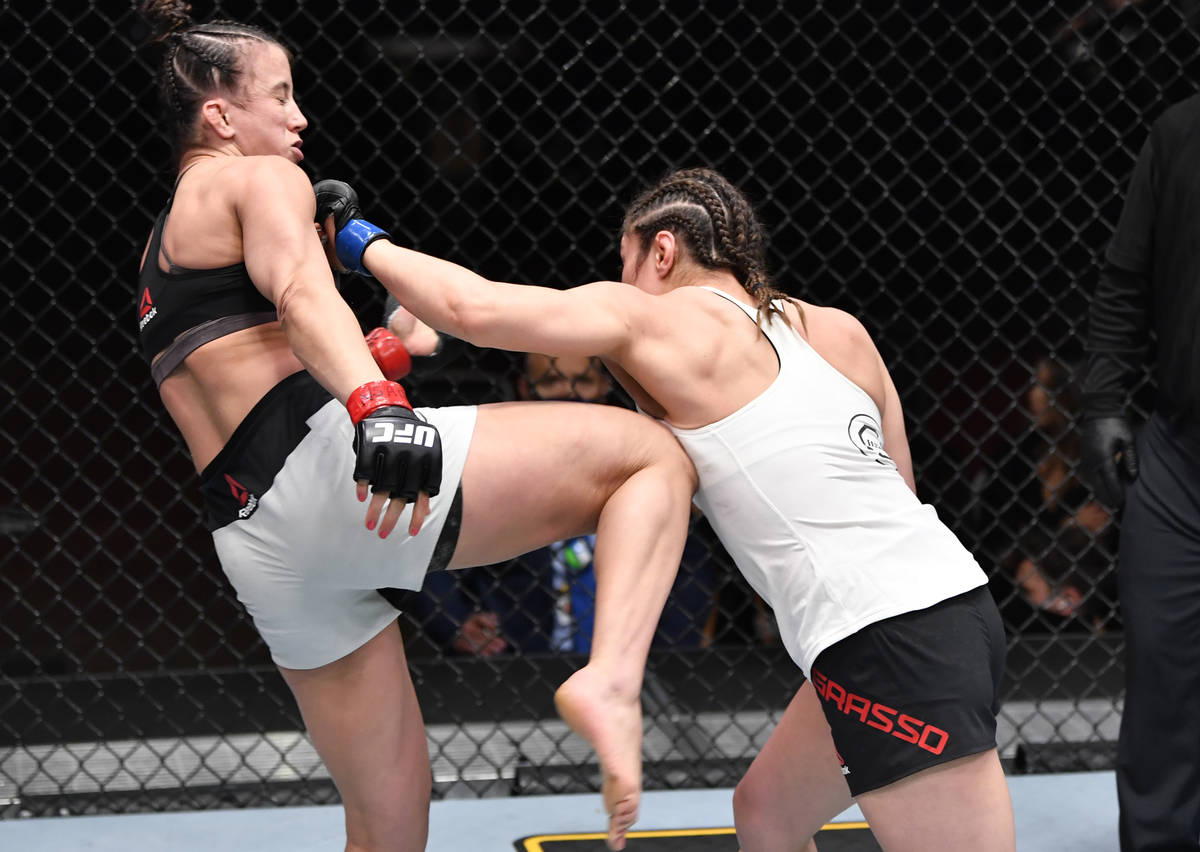 (R-L) Alexa Grasso of Mexico punches Maycee Barber in their flyweight fight during the UFC 258 event at UFC APEX on February 13, 2021 in Las Vegas, Nevada. (Photo by Jeff Bottari/Zuffa LLC) 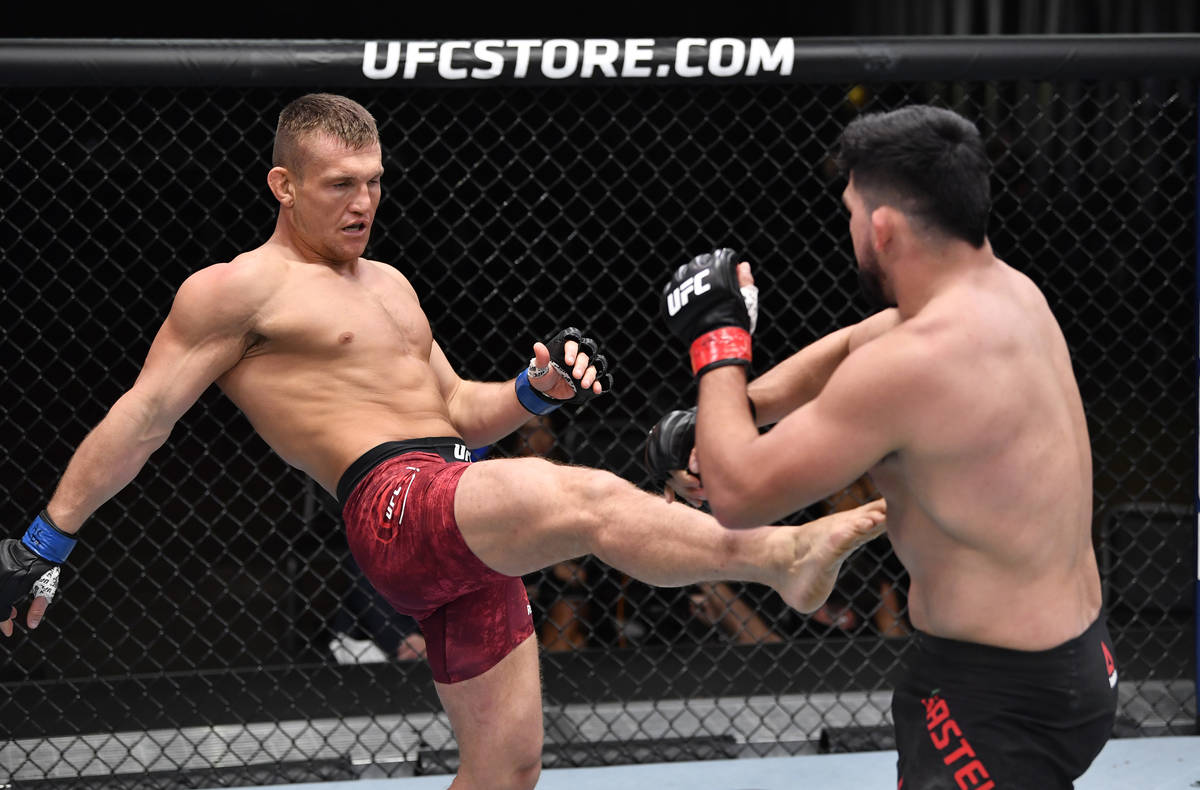 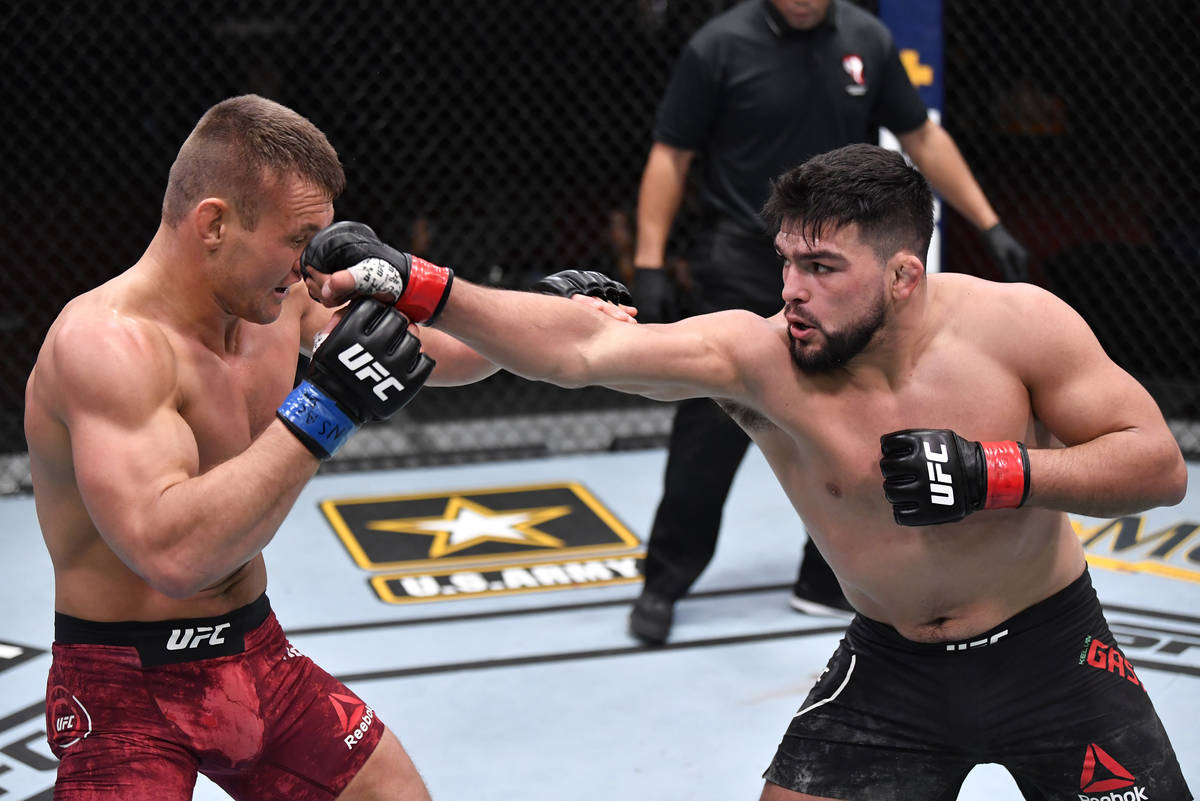 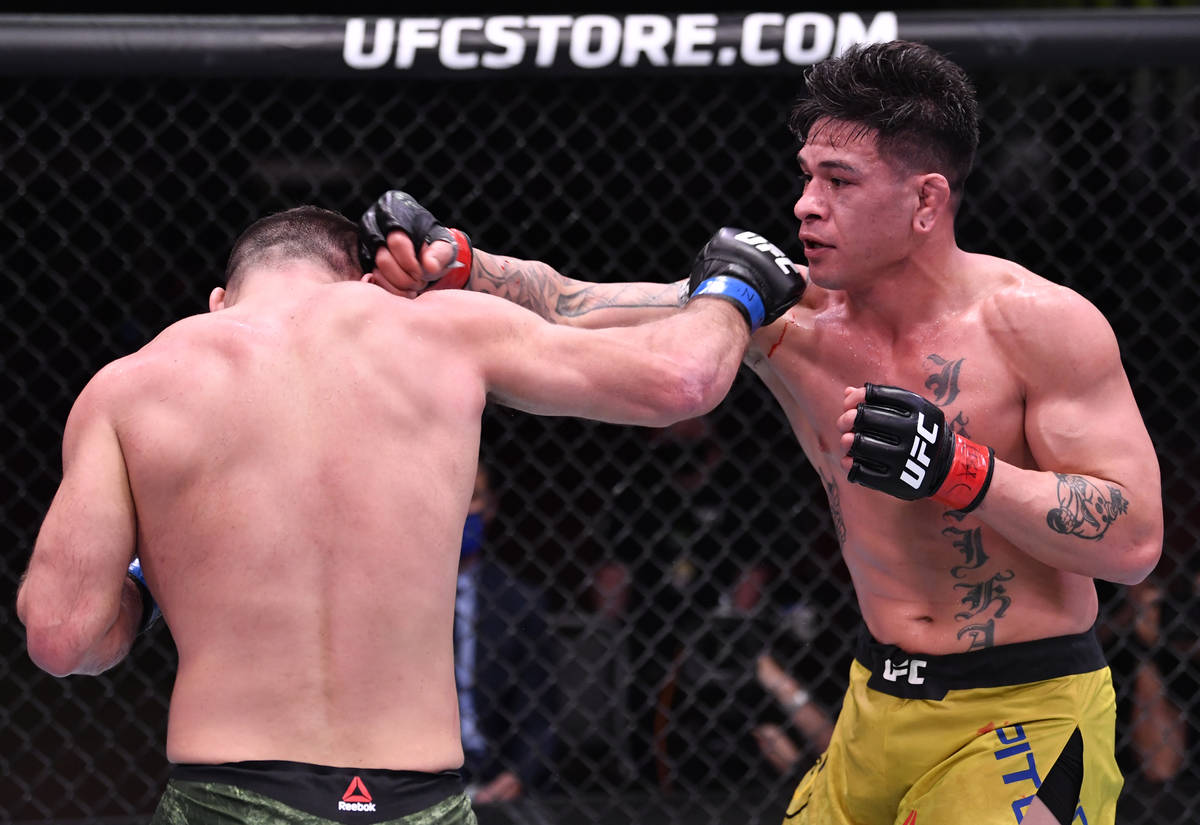 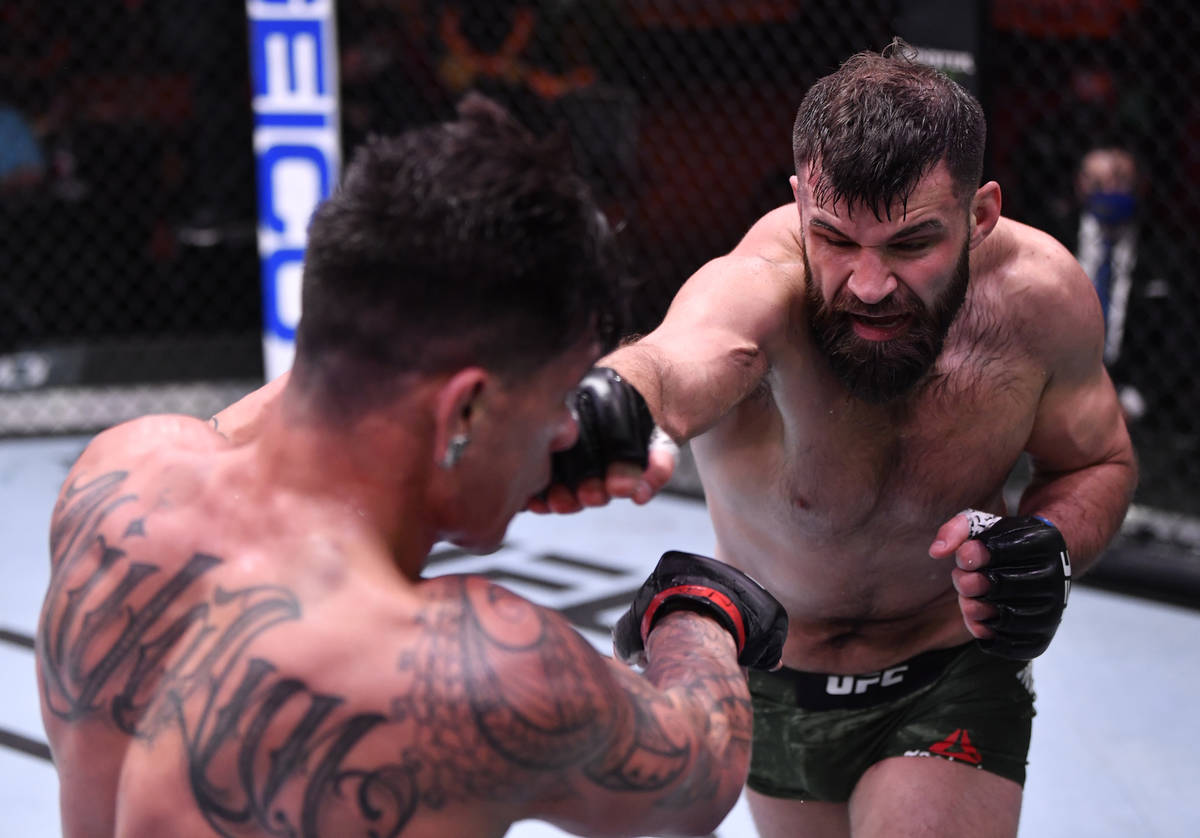 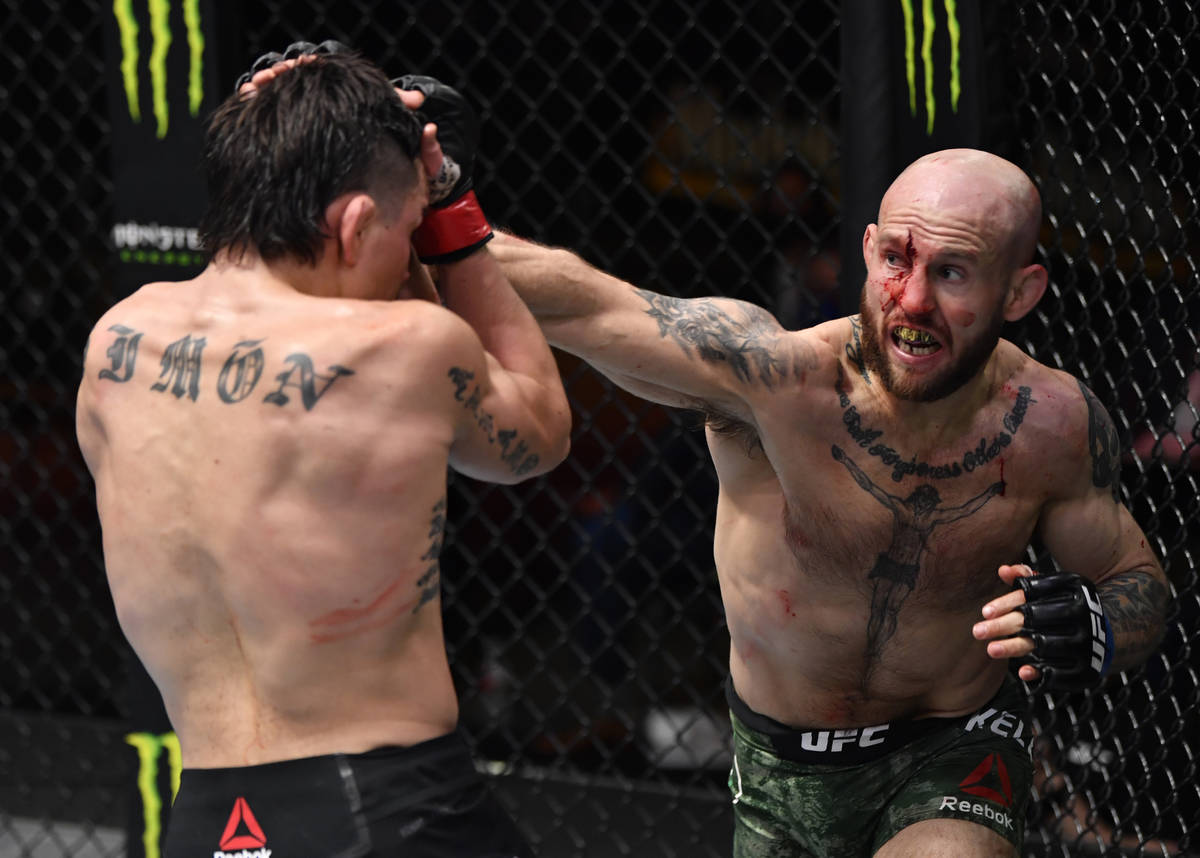 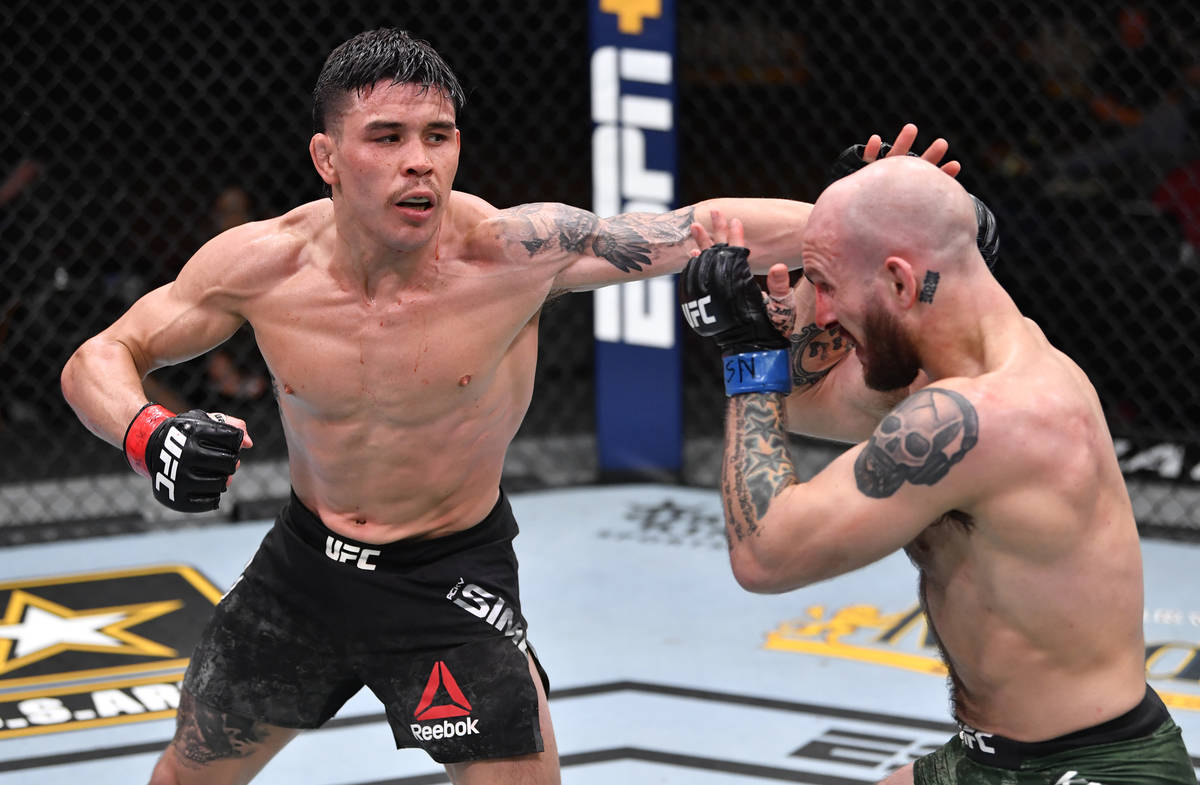 Welterweight champion Kamaru Usman looked to be in trouble early in his UFC 258 bout against former teammate Gilbert Burns on Saturday night at the Apex.

He recovered quite nicely.

Usman recovered in the second round and finished Burns 34 seconds into the third with a series of right hands to retain the belt.

The victory was Usman’s 13th straight since entering the UFC in 2015, breaking Georges St. Pierre’s record for consecutive wins in the welterweight division. It was also his 17th consecutive win overall.

Burns struck first with a big right hand that staggered Usman, though he caught himself from hitting the mat and avoiding the first knockdown of his UFC career. Burns looked dangerous throughout the rest of the first round only to see Usman take control with several shots that rocked Burns in the second.

A right hand to open the third put Burns on his back and had referee Herb Dean standing over him looking poised to stop the fight. Usman followed him to the ground and landed a series of shots to force Dean’s hand.

Also on the card, women’s flyweight prospect Maycee Barber’s return from a torn ACL didn’t go as she hoped, as she lost a unanimous decision to Alexa Grasso.

Grasso won for the third time in four fights, perhaps taking advantage of a rusty Barber in the first two rounds as she used her boxing experience to piece up the 22-year-old.

Barber, fighting for the first time since suffering the knee injury early in her first career loss in January 2020, responded in the third round.

Believing she was in need of a finish, she stalked Grasso around the cage swinging for the knockout. Barber landed a big knee and several punches before finding brief success from top position on the mat after a takedown.

But Grasso won the first two rounds and took the fight 29-28 on all three scorecards.

“I can tell you that every fight I show that I’m better and better and better,” said Grasso, who showed improved grappling, particularly on two scrambles in the second round. “You know me as a striker, but I’m working hard on my jiujitsu and wrestling. I want to be full in all areas to climb the rankings.”

Grasso is 2-0 since moving up to flyweight.

“I’m trying to hold back tears. I’m so happy,” Gastelum said. “It’s been three years since my last win. Coming from back-to-back-to-back losses, it’s not easy.

“I expected my experience to pay dividends in the fight, and that happened.”

Heinisch started strong, but Gastelum settled in and used Henisch’s aggressiveness against him for two takedowns and eventually earned the favor of the judges.

Middleweight Julian Marquez picked up his first win since 2017 with a third-round submission of Maki Pitolo to open the pay-per-view card.

Marquez required multiple surgeries to repair an arm injury suffered in his first UFC loss in July 2018. He relocated from Las Vegas back to the Midwest at James Krause’s gym in Missouri and credits the UFC veteran with helping rehabilitate his mind and body.

There were ups and downs in the fight, but Marquez locked in the choke with less than a minute to go and forced the submission. He embraced Krause over the cage before falling to his hands and knees on the mat to reflect on his journey.

“Everybody is counting you down, people start letting go of you and your belief in coming back and returning,” Marquez said. “You’re taking a lot of hits, you’re coming up and down, there are some good moments, some bad moments, and at the end of it all, you came back with stunning fashion, you shocked the world and you probably got a performance bonus. That’s exactly how that happened.”

Also on the main card, featherweight Ricky Simon won all three rounds to score a unanimous decision over Brian Kelleher.